A FAMILY who bought a tiny house on wheels after becoming fed up with their sky-high London rent have shared a look inside their 20ft x 8ft home.

David Westwood's miniature £50,000 property, which he shares with girlfriend Becky and son Joss, is so small they can't even stand up- but they're saving £730 a month. 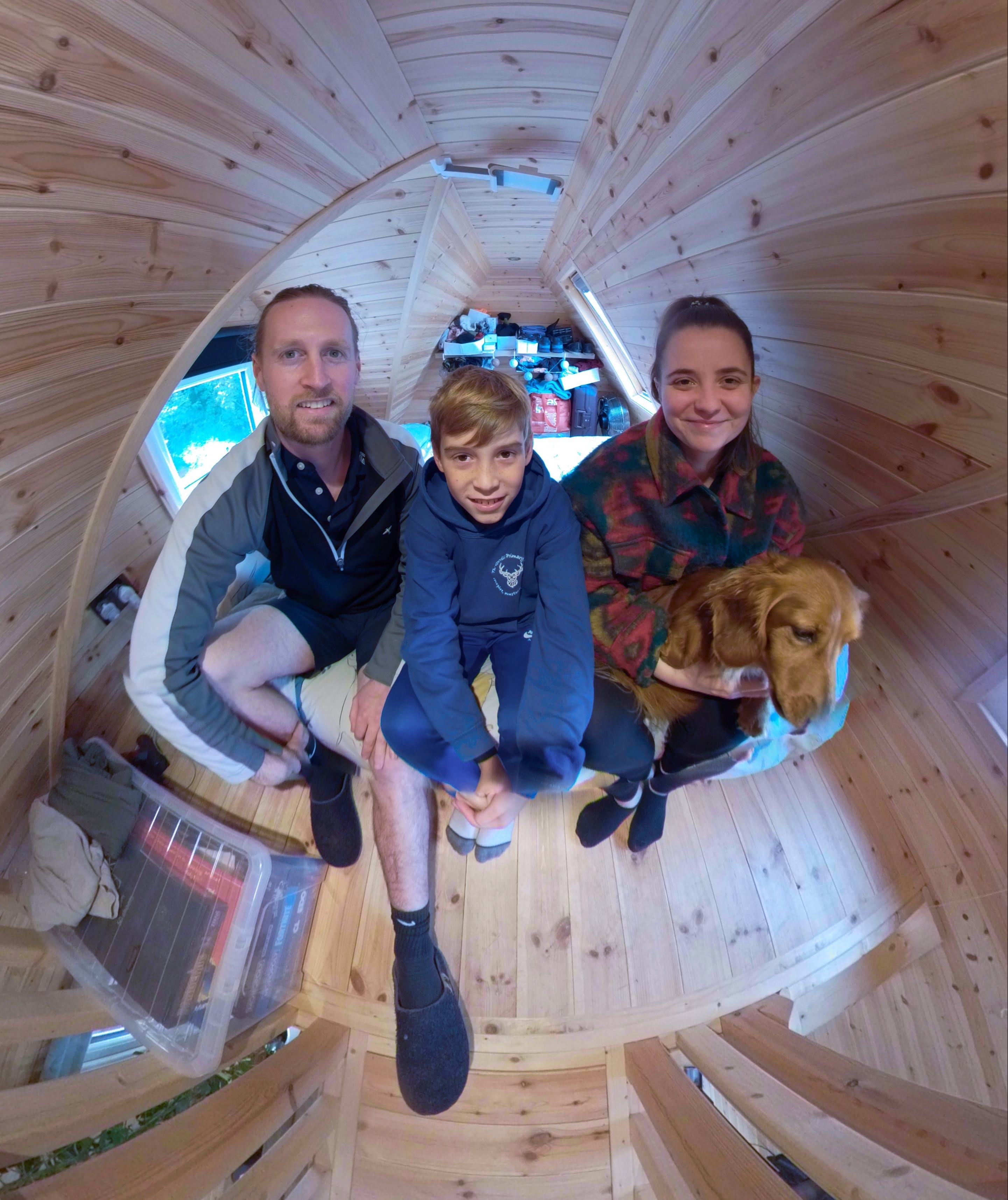 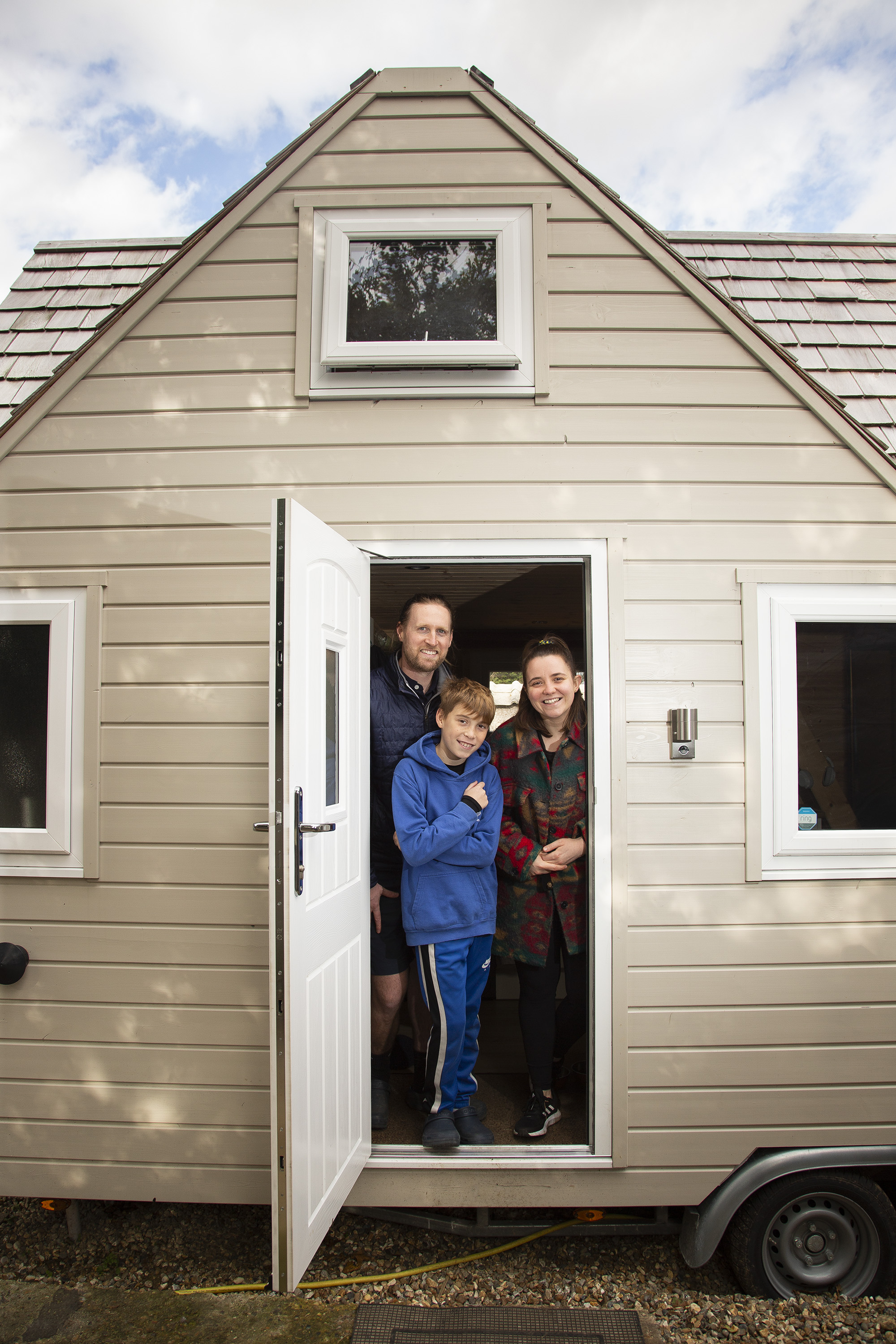 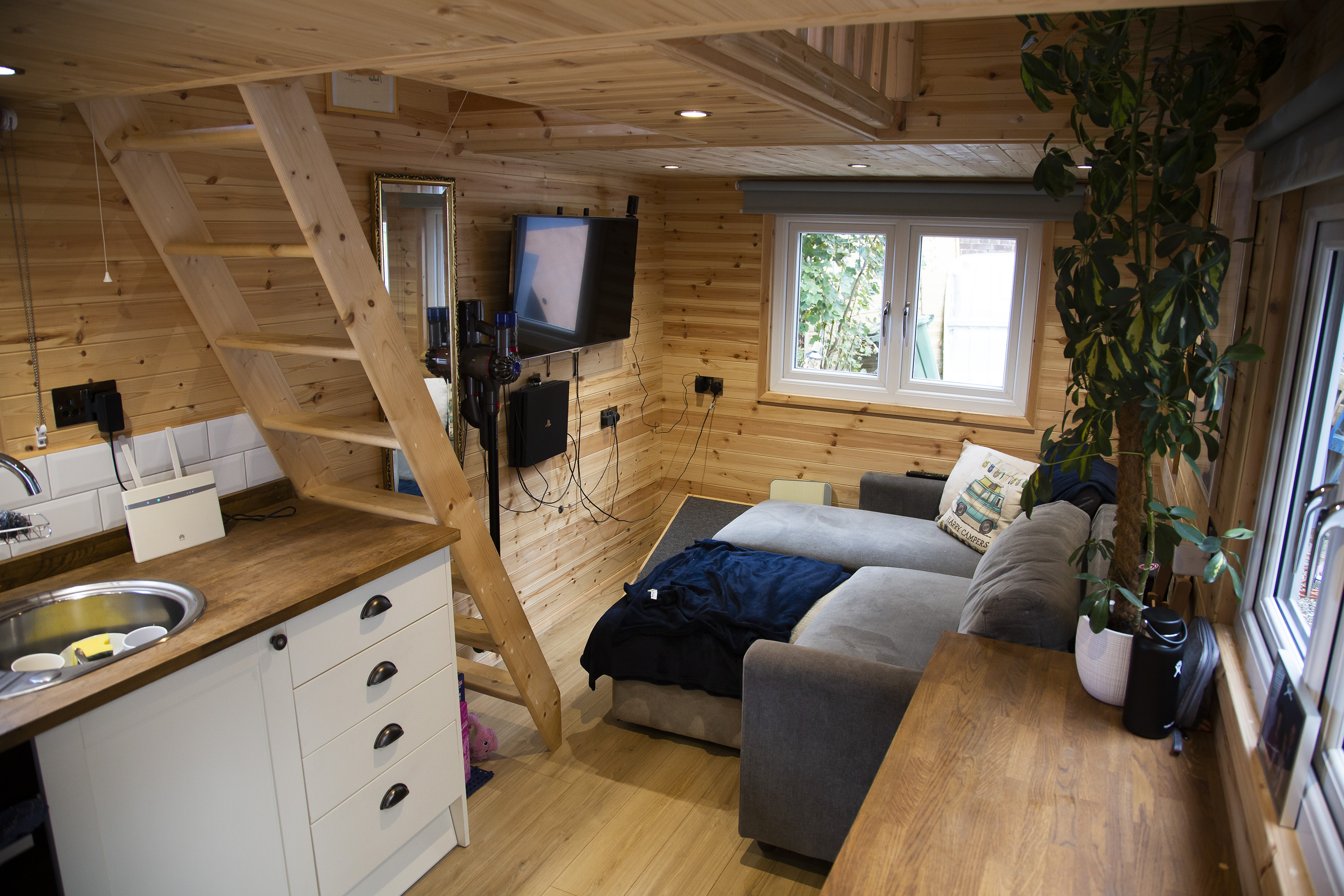 The trio, plus Dog Digby, had been renting a three-bedroom home in the Greater London area but they became aware they didn’t need that much space.

They also realised they were spending far too much time on housework – and an "outrageous" amount on rent.

After becoming interested in van conversions and van life, they downsized, but were still paying £1,250 a month.

David, 32, said: "That’s quite a lot of money to just give to someone else and we really wanted to own something.

“We did look at canal boats, but then we found the tiny house."

The family quickly moved in to the purpose-built prefab home on wheels, which weighs three and a half tonnes – the limit for a pickup truck – in 2020.

And David and Becky claim it is "exactly the same as living in a conventional house" – despite not being able to stand up in their bedroom.

Downstairs David and Becky have just over six feet of headroom but upstairs is only four feet.

So while 11-year-old Joss can just about straighten his legs, the adults cannot.

David said: "There are obvious differences [between his house and a 'regular' one], such as we’re not plumbed into anything so every three or four days, we need to fill up our 250-litre water tank that basically provides the entire house with water – showers, washing machine and doing the dishes.

“We've got a separate 10-litre water tank that we use for drinking water that we tend to fill up every two to three days.

“Aside from those couple of things the house as a whole is pretty much exactly the same as you would get in a conventional house.

“All of our appliances are exactly the same size that you would get in a standard house.

"We've also got a full-size sofa bed this isn't a scaled down version or anything.

'STRUGGLE TO SWING A CAT IN HERE'

“Our bed is a king-sized bed, it's not a double or a small double.

“I guess the only compromise is we have to go up the ladder to get to our bedroom because we don't have enough room for stairs.

“You can get a bigger tiny house which you could have stairs in and maybe more headroom upstairs.”

To save space, the couple has wall-mounted the television and vacuum cleaner, and they store their food processor inside a stool.

“You would really struggle to swing a cat in here without hitting something, but with that said, it means that there's a lot less to clean,” David said.

The family has a composting toilet as the house is not plumbed into a sewer – but they tend to use campsite facilities.

And they don't have to worry about the gold as the house has double glazing and underfloor heating to keep them warm in the winter months.

David’s five pros of living in a tiny house

1. Less housework: “We can keep on top of everything constantly and it’s never a big job. It only takes 20 minutes to hoover the house and just 15 minutes to clean the bathroom.”

2. Cosiness: “This house is so cosy it's ridiculous. Just upstairs in the bedroom I think it's my favourite place in the whole house when it rains and you're just lying in bed."

3. Money: “Unlike in a conventional house where you pay your rent and your bills, we just pay a a ground rent which on a campsite works out around £130 a week."

4. Total freedom: “It's our house so we can do anything we want to it, we can decorate it. We own it, it's ours, and we can tow it anywhere and go wherever we want to go."

5. Sustainability: “Since we've moved in, we've had to be a lot less frivolous with using water and electricity. It just makes you more aware of what you're using, and you try and get the most out of what you got.”

The unusual living situation suits David and Becky who say the tiny house provides everything they need – though the couple are even considering downsizing further.

David, who runs YouTube channel Living The Tiny Life, said: "There are compromises with living in a tiny house but the pros of being in the house far outweigh the cons in my opinion.

"I wouldn’t want to live any other way, if anything I think our next step will probably be smaller than what we are now.

"I really wish that we’d done this so much sooner rather than wasting tens of thousands of pounds just on paying rent over the last six years."

The tiny house movement has been heralded as a creative way to address the lack of affordable housing, reduce living costs and shrink our carbon footprint.

They’re not designed to be towed around constantly and are better suited being kept at the same location for a lengthy period.

David’s house has a 60-year guarantee on the structure, meaning they could sell it in the future.

He added: “But when you compare that to the cost of renting or paying back a mortgage and being tied down to that for 30 plus years it’s a no-brainer really." 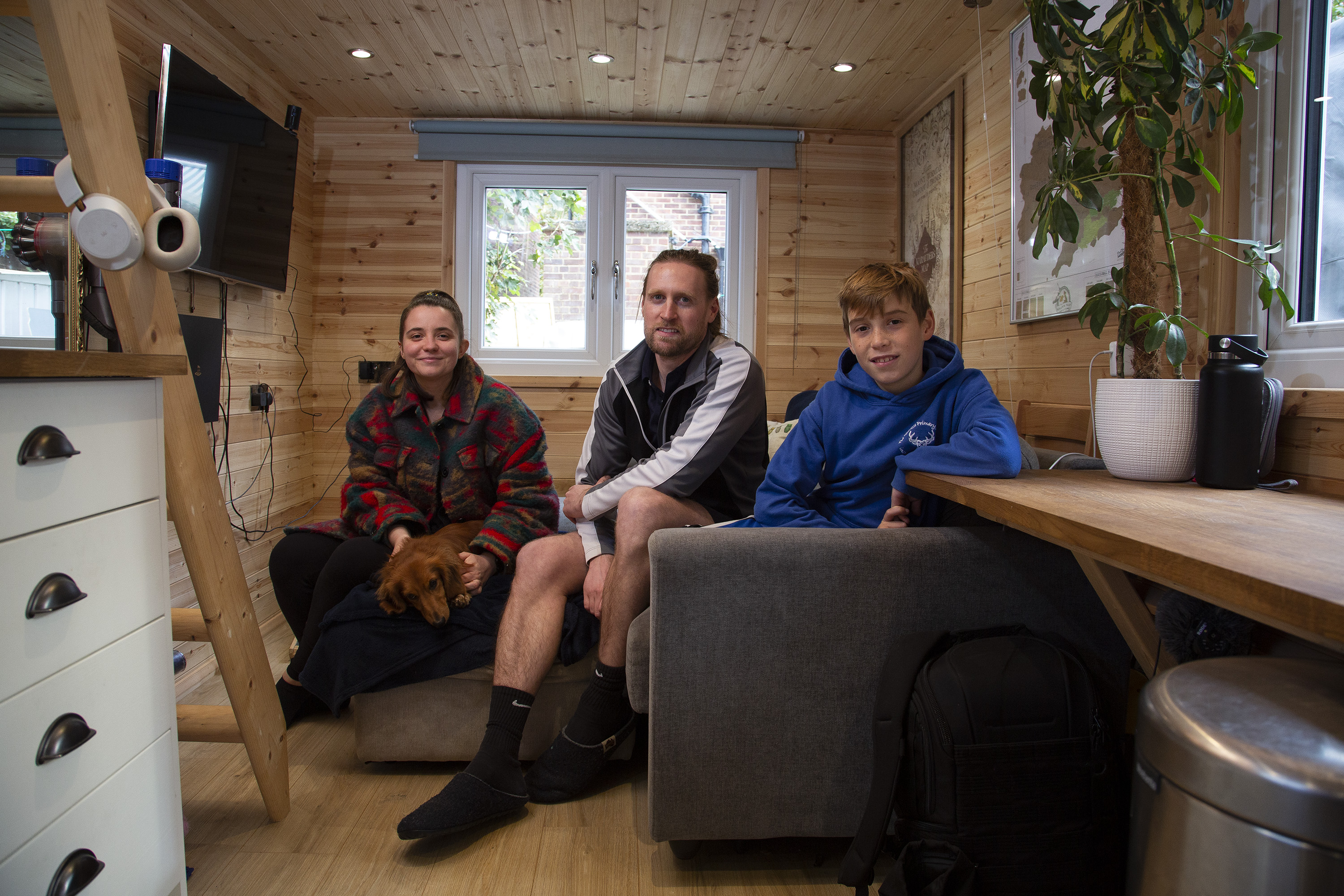 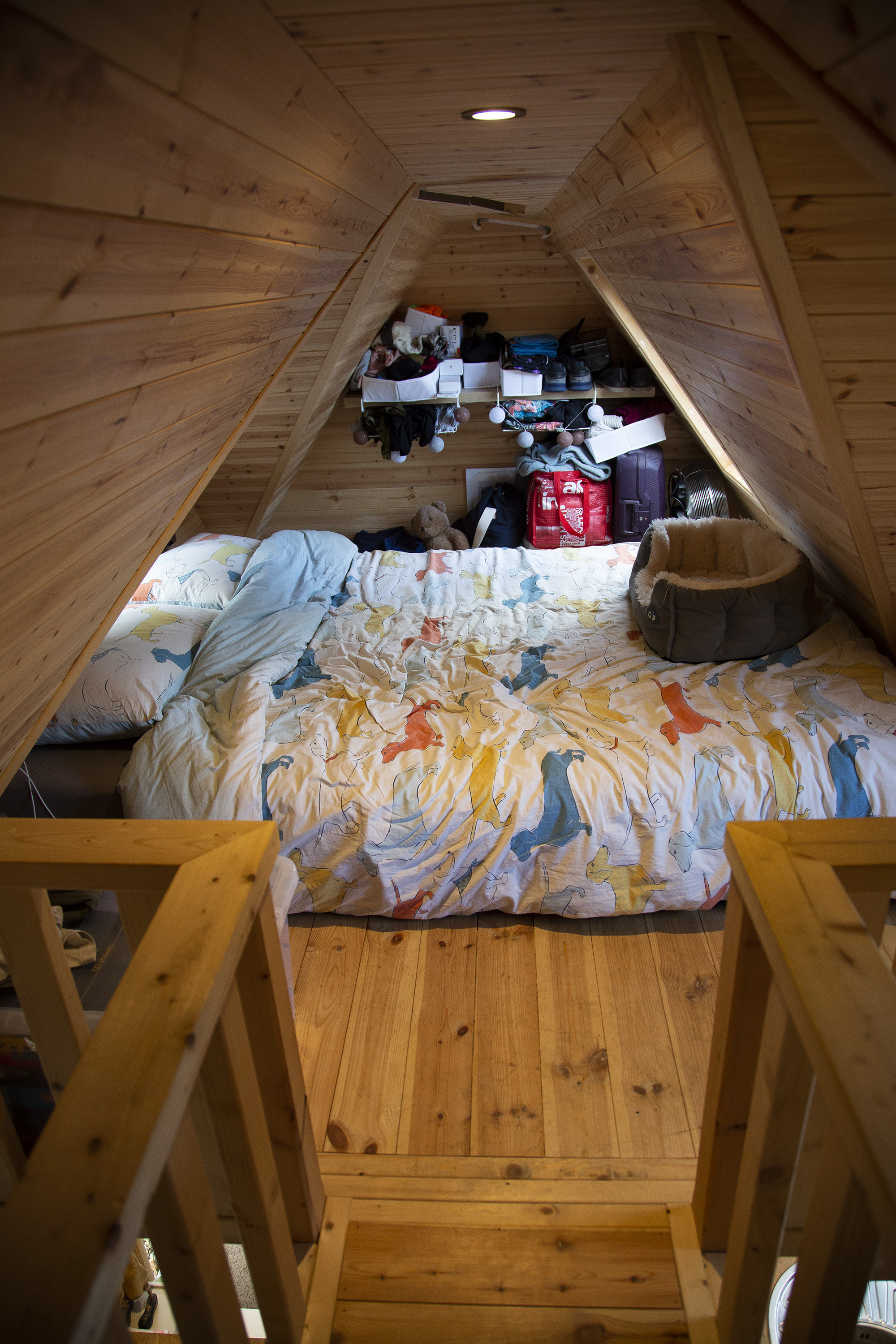 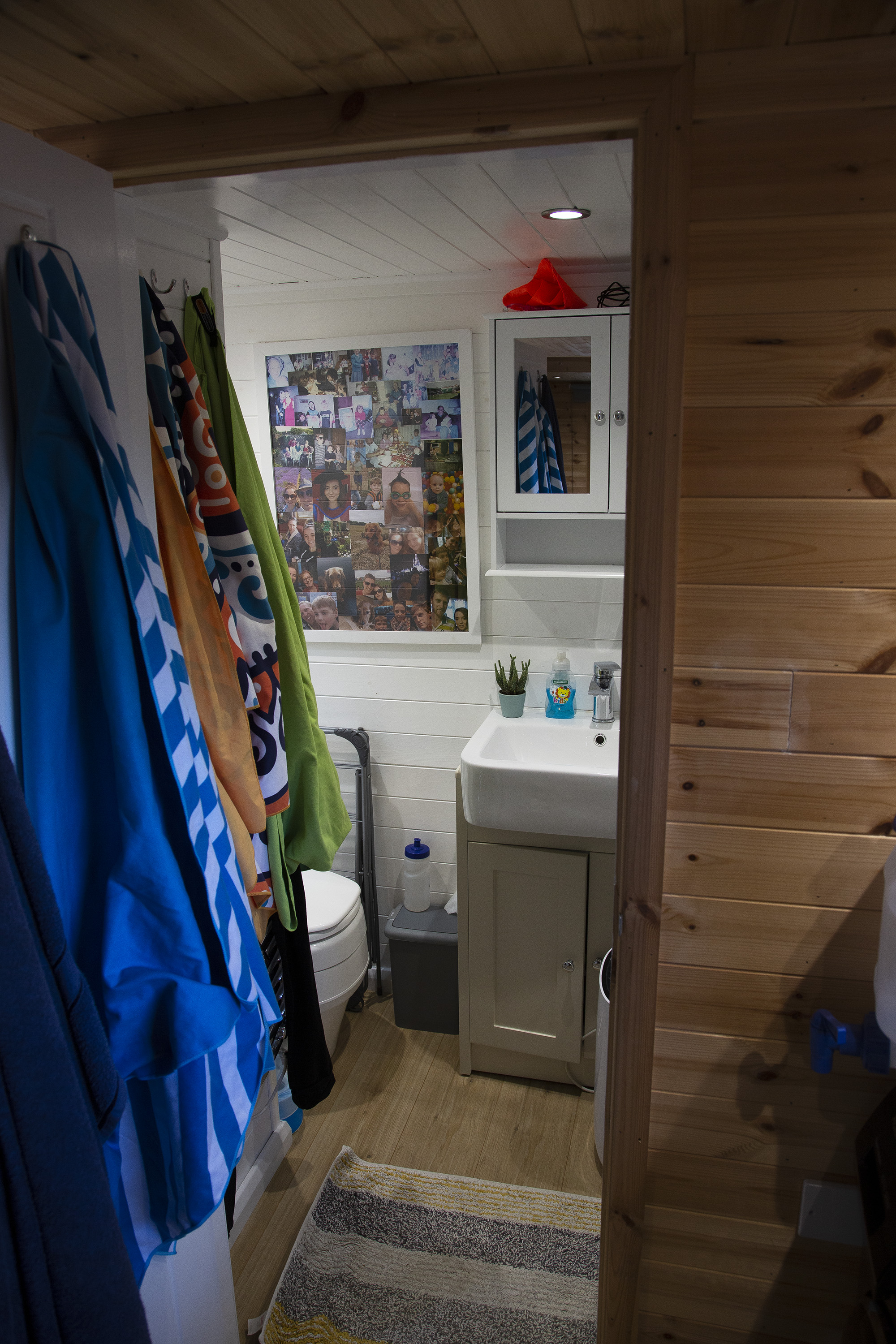 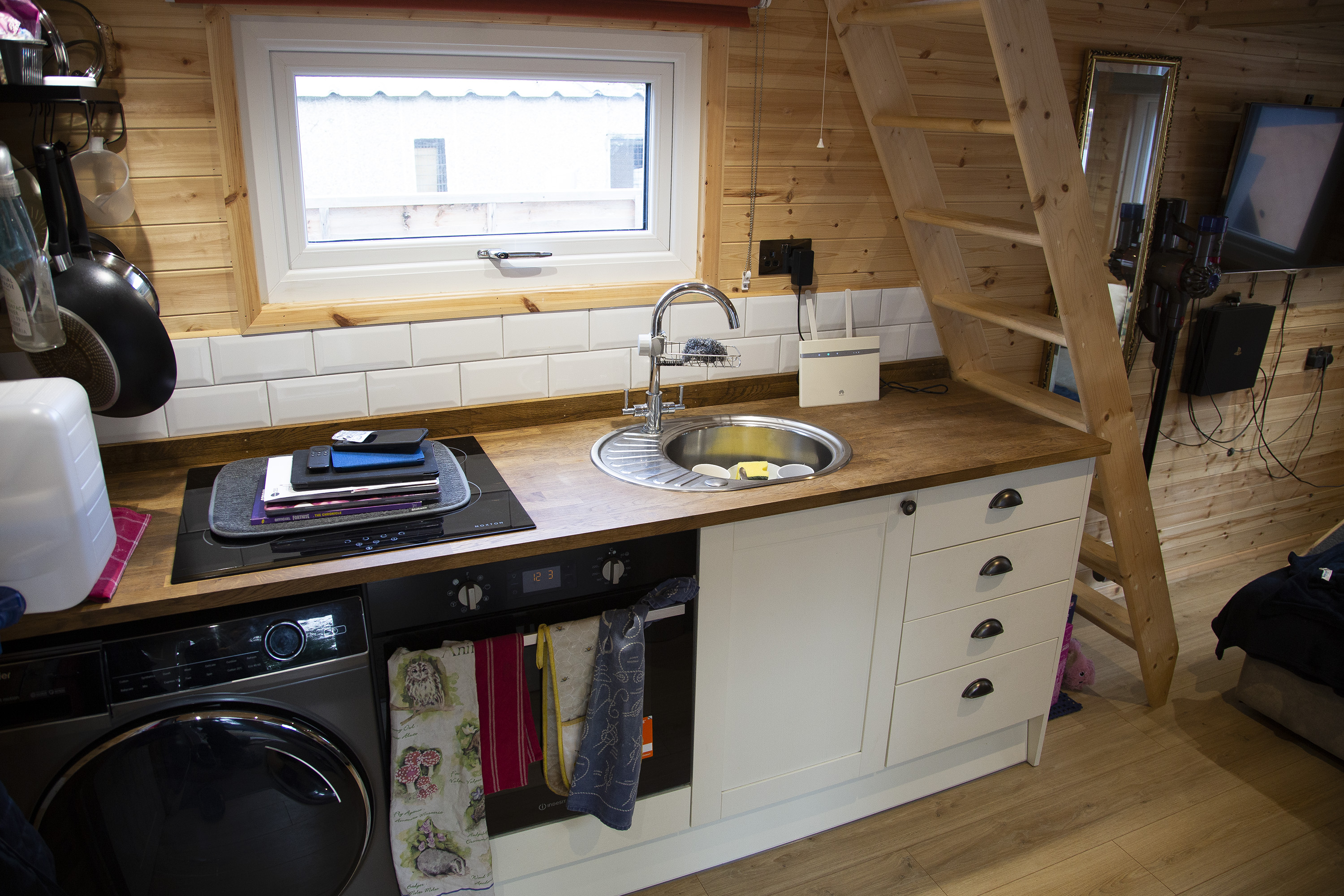 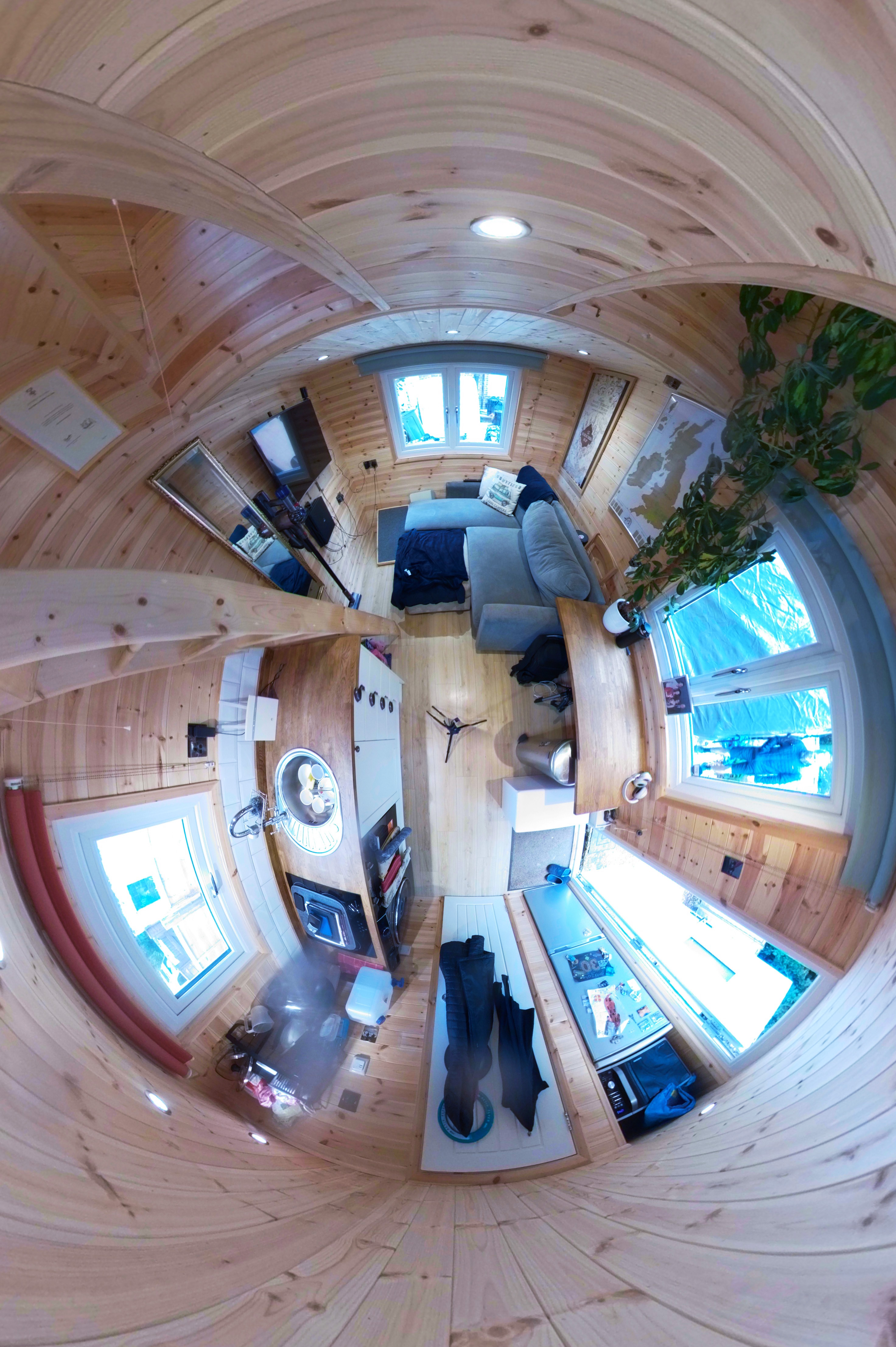 Your Daily Horoscope for Monday, January 27

New Patrick Dempsey pilot for CBS shut down over COVID