Camille, 34, who founded the blog Over the Rainbow in 2010, wed French film producer Francois Larpin in a small civil ceremony on December 10 before partying the night away with 180 friends at the historic Maxim’s de Paris.

The bride, who is from Paris but lives in London, turned heads in a sheer upcycled lace gown by American-British designer Harris Reed, which she wore over a pair of lace panties from La Perla.

The couple stayed at the five-star Le Bristol hotel, the bride’s mother entertained guests with a performance of Say A Little Prayer, and Mary Kate Olsen crashed the after-party, dancing with guests until the early hours, Vogue reported. 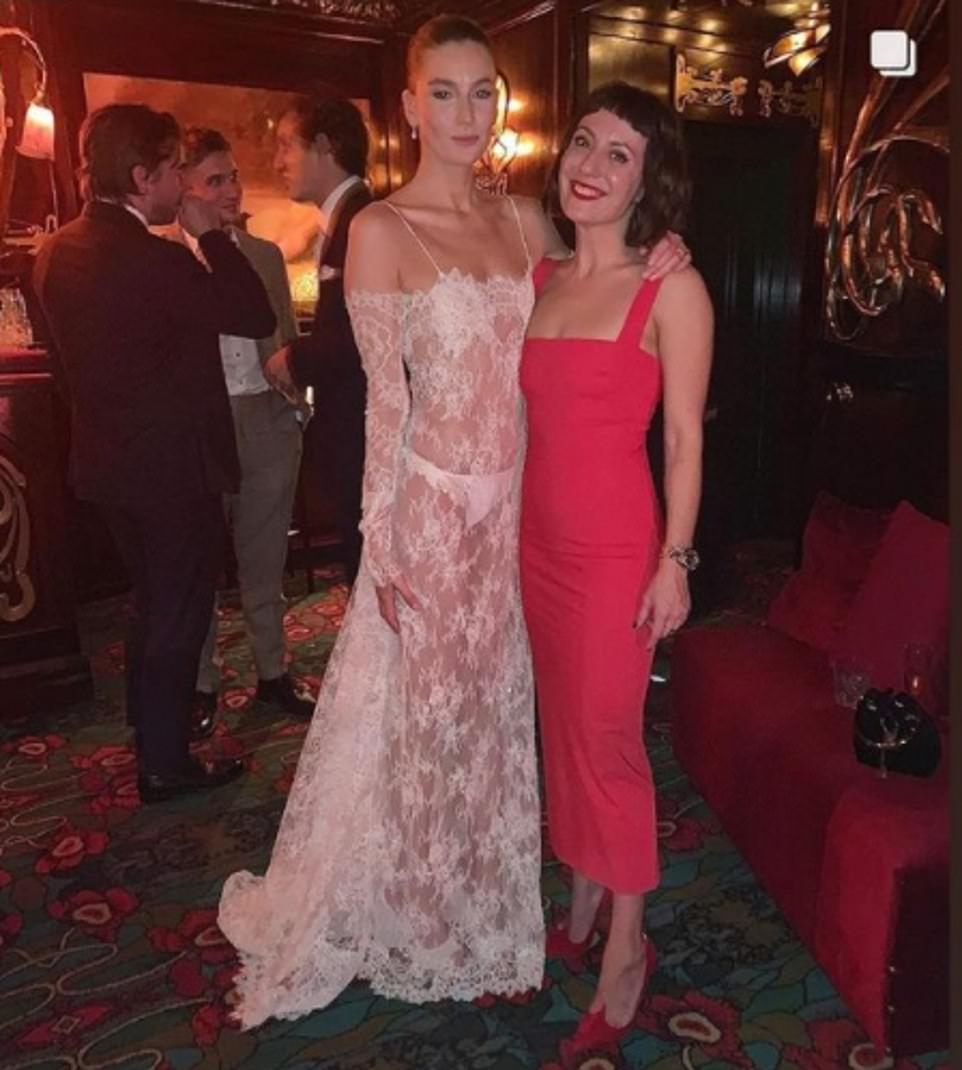 Va-va-voom! Camille Charriere turned heads in a sheer upcycled lace gown by American-British designer Harris Reed, which she wore over a pair of lace panties from La Perla, pictured 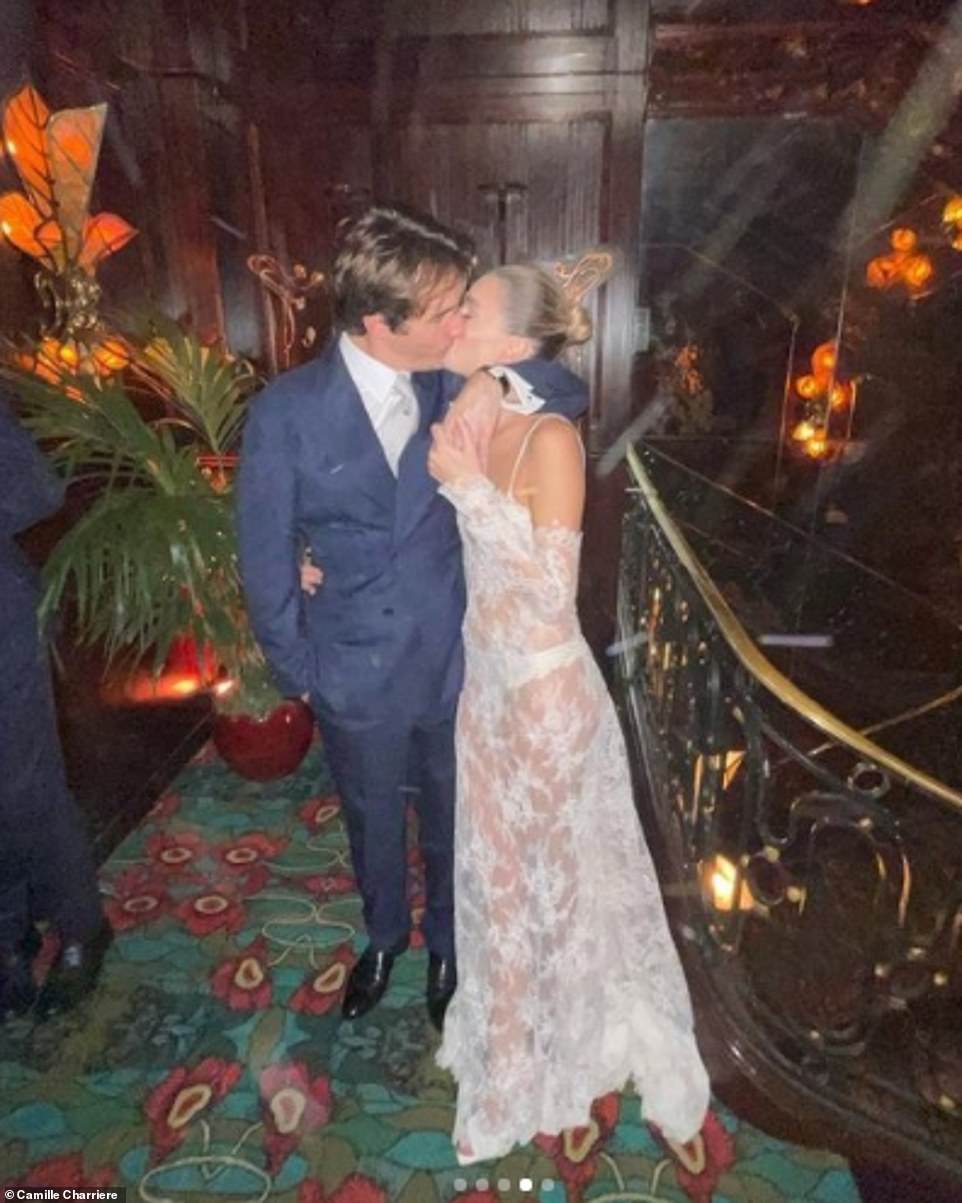 Man and wife: Camille, 34, one of the original style bloggers, wed French film producer Francois Larpin in a small civil ceremony on December 10 before partying the night away with 180 friends at the historic Maxim’s de Paris 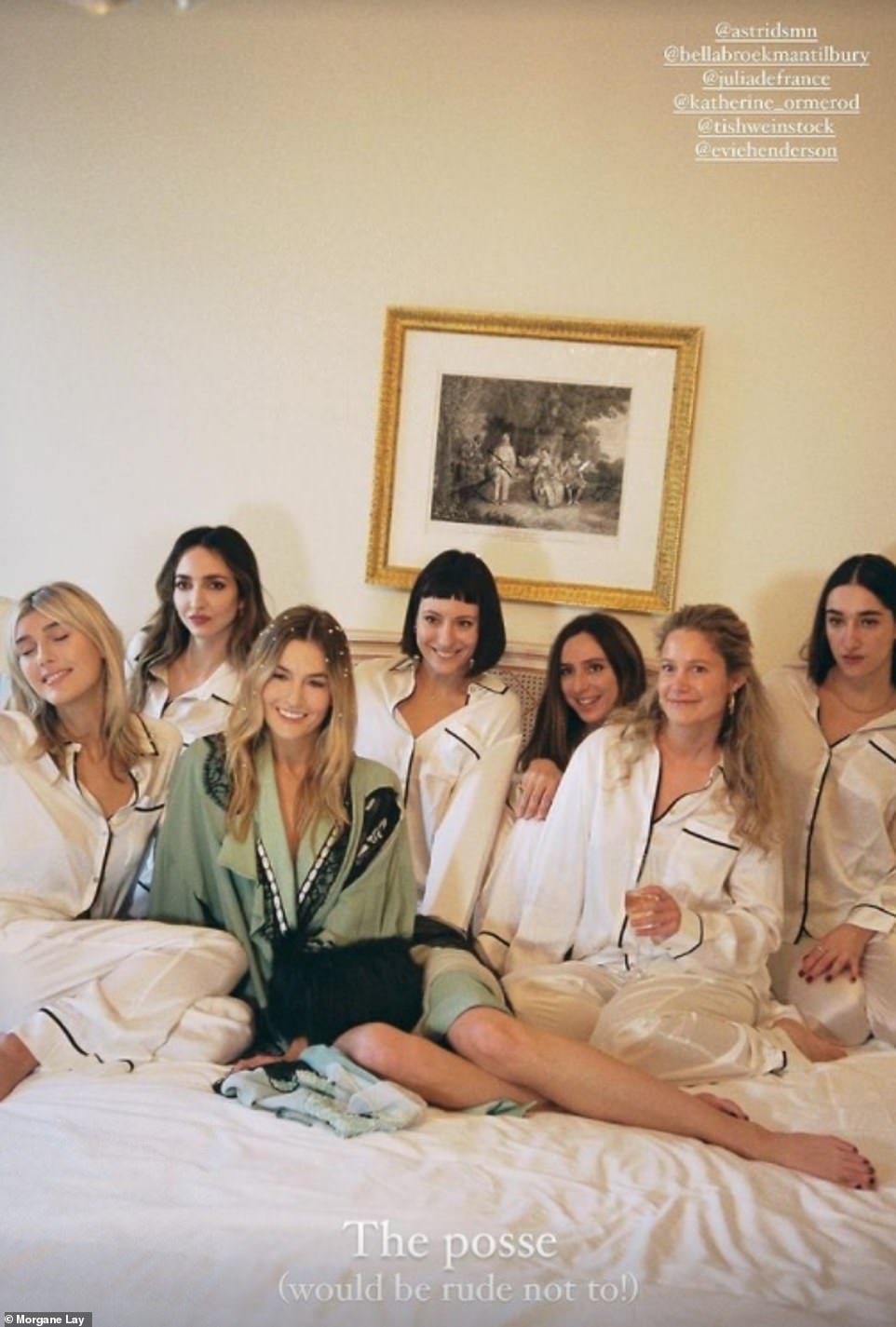 Here come the girls! The bridal party, including Charlotte Tilbury’s niece Bella, were given the theme the ‘Roaring 2020s’ and turned out in coordinated vintage-inspired outfits

Camille and Francois met in 2019 and became engaged on a holiday to Sicily last year.

They had originally hoped to wed in Italy with all of their friends and family but scrapped the plan after rearranging the date twice due to Covid.

Instead they decided on a smaller wedding in Paris, shortly before Christmas.

‘It was a bit of a mission to get a date from the French administration, so we sent out our save the dates just two months ahead of the event,’ she told Vogue. 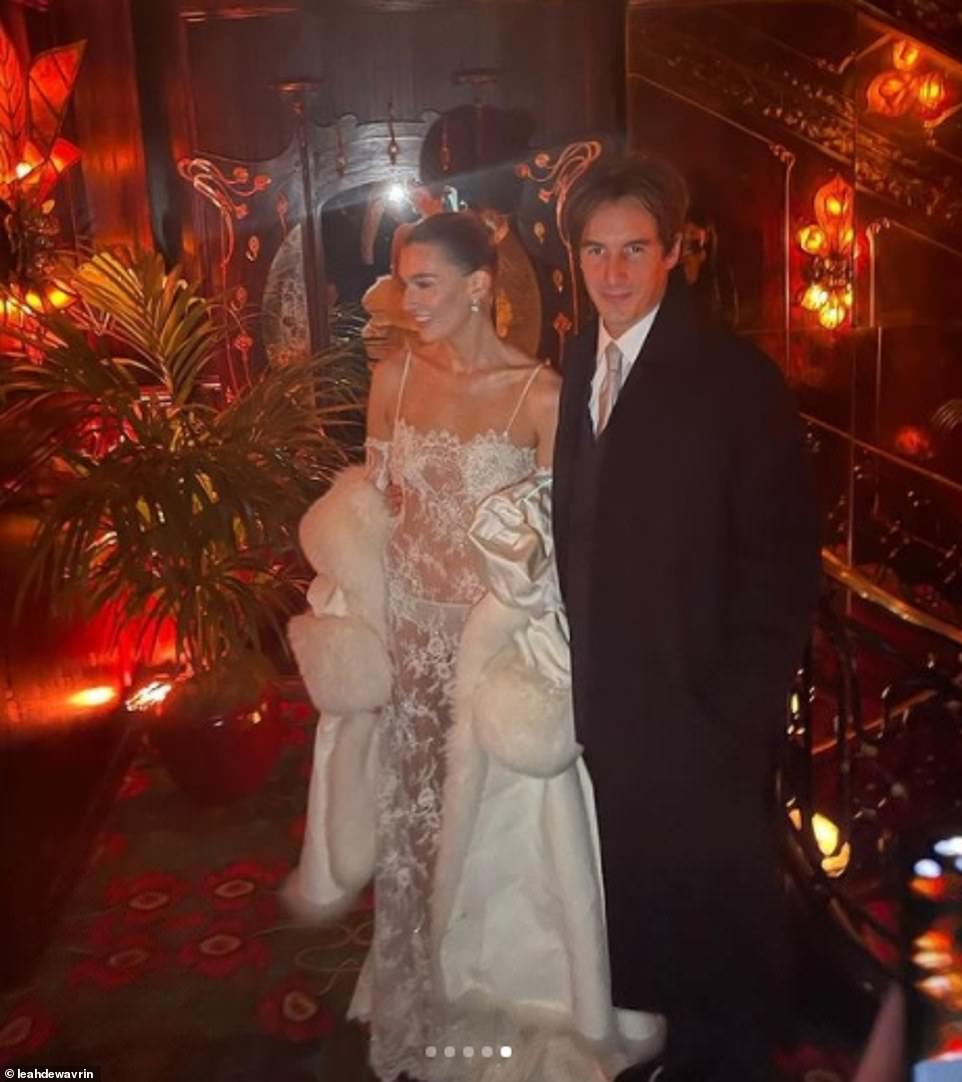 The happy couple: Camille and Francois at the opulent Maxim’s on their wedding night 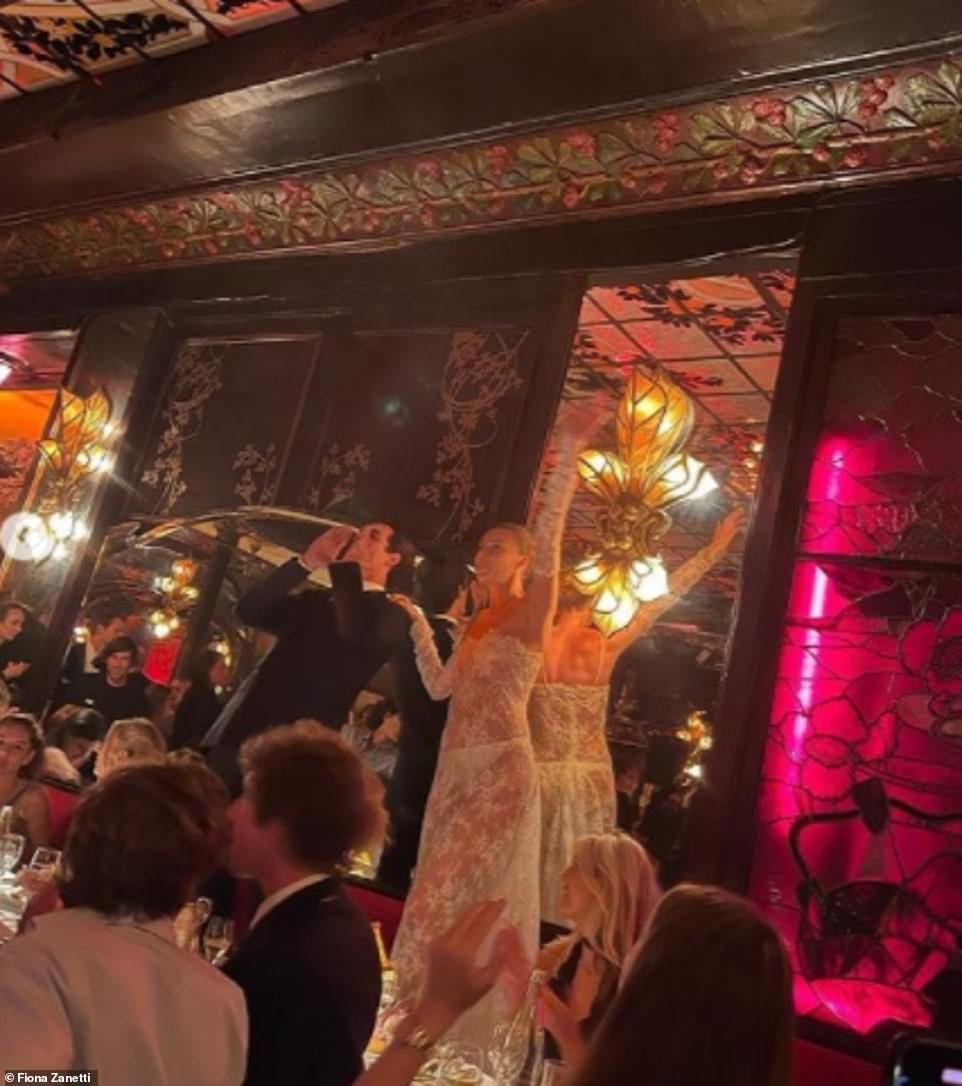 Celebrate! Camille and Francois party the night away in Paris with 180 family and friends

‘My reasoning was that with COVID things are so unpredictable, I would rather try to put this together in two months than risk spending another year on it only for it to be moved again.’

She added: ‘We had originally planned something a lot smaller but our venue pulled out a month before the big day so we had to rush to Paris to visit other places.

‘The only reason we had overlooked Maxim’s in the first place was because we thought it would be too big. But we truly could not have hoped for a more historical and special place to celebrate.’

The couple wed at the town hall in the 6th Arrondissement, where Francois’ late mother lived, before joining a small group for festive carols. 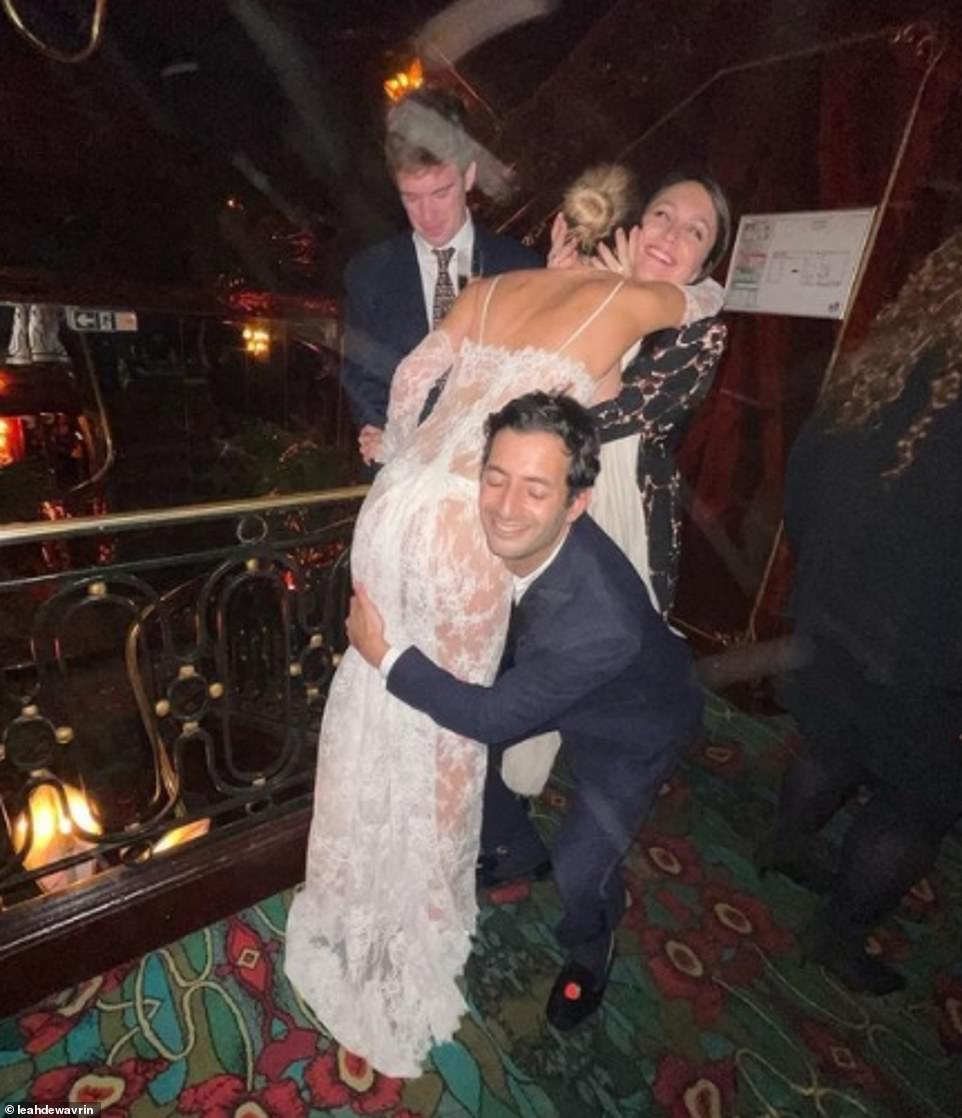 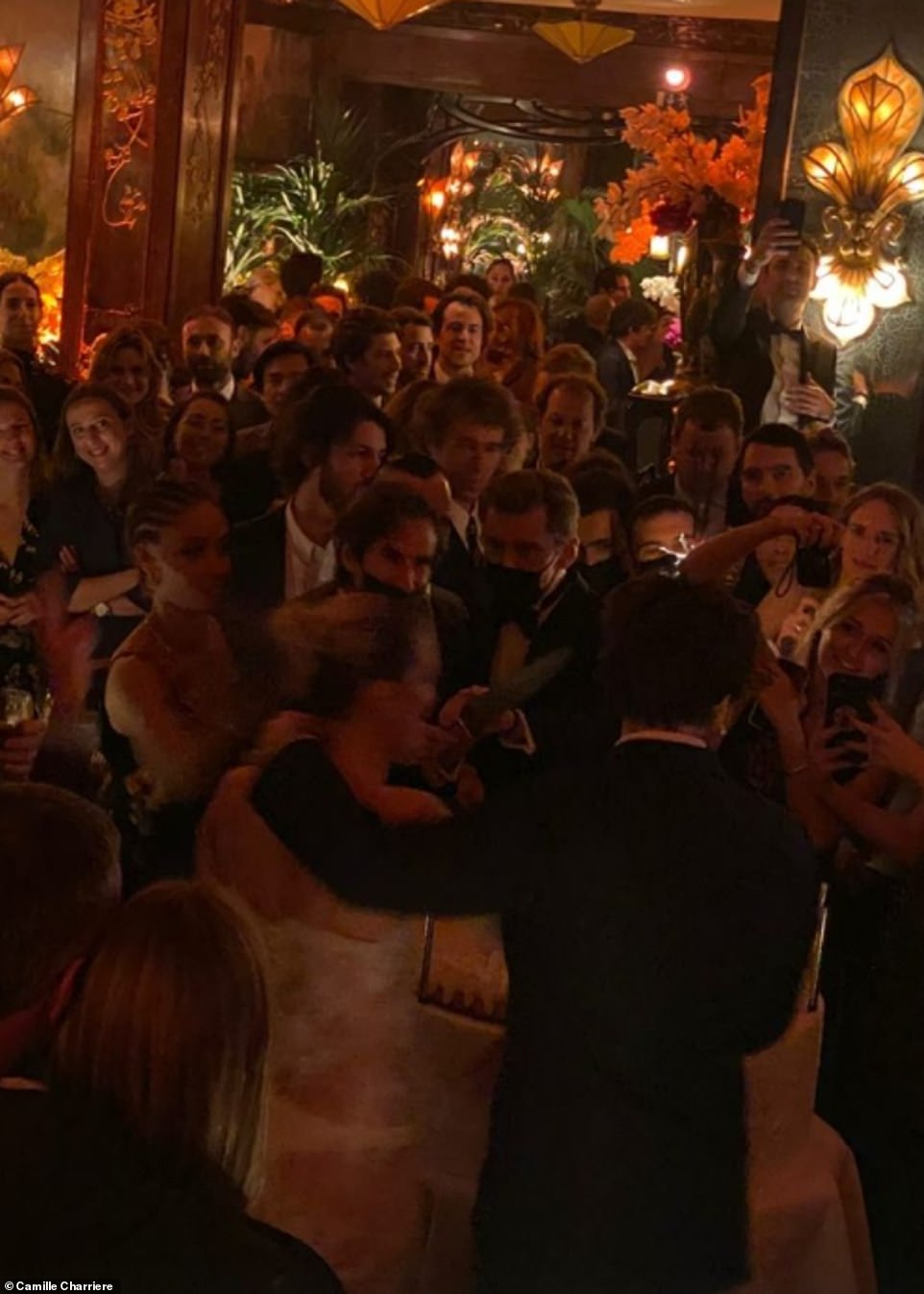 Party on! Guests, including wedding crasher Mary Kate Olsen, on the dancefloor

Camille looked elegant in a twinkling top and skirt for the civil ceremony, which she paired with point toe pumps and faux ‘snowflake petals’ in her hair.

The bridal party, including Charlotte Tilbury’s niece Bella, were given the theme the ‘Roaring 2020s’ and turned out in co-ordinated vintage-inspired outfits.

Before the evening’s celebrations, she changed into the Harris Reed creation, made with lace sourced from a Parisian couture atelier.

Cocktails, speeches and a sit-down dinner followed and the night ended with dancing.

Photos show Camille and her friends partying the night away.

The bride added: ‘Looking back, I’m just so grateful we were able to get all our friends together.’

‘Mare of Easttown’ Sticks Its Landing With a Twisty Finale That Sets It Apart: Column