It seems that Tasmanian devils aren’t just doing it in Tasmania anymore.

“We’ve been able to historically — albeit in its infancy — return the devil to the mainland, and today is another milestone entirely,” Tim Faulkner, president of Aussie Ark, said in a video posted Tuesday on Instagram.

Seven joeys — which the organization described as being the size of “shelled peanuts” — were discovered in mothers’ pouches at the 988-acre Barrington Wildlife Sanctuary in New South Wales, Australia.

Last fall, Aussie Ark introduced 11 of the animals, which are the size of small dogs, back into wild areas of mainland Australia. This release followed an earlier trial that involved 15 of the marsupials, bringing the total to 26 adult devils currently on the mainland, according to CNN.

“We have been working tirelessly for the better part of 10 years to return Devils to the wild of mainland Australia with the hope that they would establish a sustainable population. Once they were back, it was entirely up to them,” Aussie Ark said in a statement on Instagram. “We had been watching them from afar until it was time to step in and confirm the birth of our first wild joeys. And what a moment it was!” 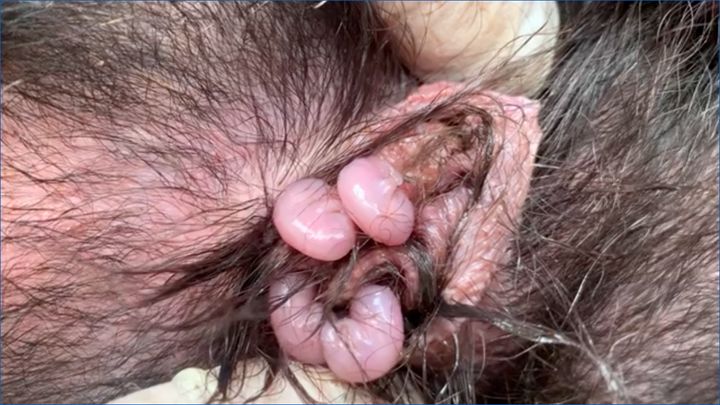 Reintroducing Tasmanian devils to the mainland could have many ecological perks, according to the Tasmanian government. They are the world’s largest carnivorous marsupials, with powerful jaws that can crunch through bone. They could help control populations of feral cats and non-native red foxes that hunt native and threatened species. Devils are also scavengers that eat sick and dead animals, which helps keep their environment free of disease.

Tasmanian devils disappeared from mainland Australia after the introduction of dingoes, which were more successful hunters due to the wild dogs’ penchant for forming packs, according to Aussie Ark. Because to this, the devils could survive only on the island of Tasmania because the dingoes never reached it.

Unfortunately, in Tasmania itself, there are only 25,000 devils left in the wild, according to Aussie Ark.

Tasmanian devils suffered a major hit from devil facial tumor disease, which has killed about 90% of the population since it was discovered in 1996. The gruesome and painful disease is transmitted through bites, which devils often inflict while fighting or eating, or during mating season. Once infected, large tumors develop on the animals’ faces or in their mouths, causing many to die of starvation and the breakdown of body functions, according to the Tasmanian government.

Here’s just hoping that the folks at Aussie Ark appropriately celebrate their Tasmanian devils’ achievements by spinning around in circles so quickly that they turn into mini tornadoes.

How to make yeast at home using common kitchen ingredients