Have you ever stumbled upon a photo of celebrity and immediately wondered what they were thinking in that very moment? In Elite Daily’s series, I Can Explain…, we’re asking celebrities to revisit their most memorable photos and tell us exactly what was going on in their heads. Whether they open up about an iconic look or a hilarious red carpet incident, we’re traveling back in time to find out what really went down.

The Stranger Things fandom is one of the most involved fandoms I am privileged to consider myself a member of. It’s the perfect show for obsessing over details with fellow viewers, so you can imagine my excitement when I got to chat about it with not just a fan, but one of the new season’s breakout stars. Francesca Reale’s set secrets from Stranger Things 3 reveal so many details about her role in the Netflix hit — especially that bathtub scene fans can’t stop thinking about.

At the start of the season, audiences saw only glimpses of Reale’s character, Heather Holloway, while she was working her summer job alongside Billy (Dacre Montgomery) at the Hawkins Community Pool. But as Episode 3’s title, "The Case of the Missing Lifeguard," suggests, things did not stay sunny for Heather for long. When Heather mysteriously didn’t show up for her lifeguard shift, Eleven (Millie Bobby Brown) used her powers to locate her, and found a terrified Heather emerging from an ice-filled tub and gasping "Help me," before getting dragged back underwater and disappearing. 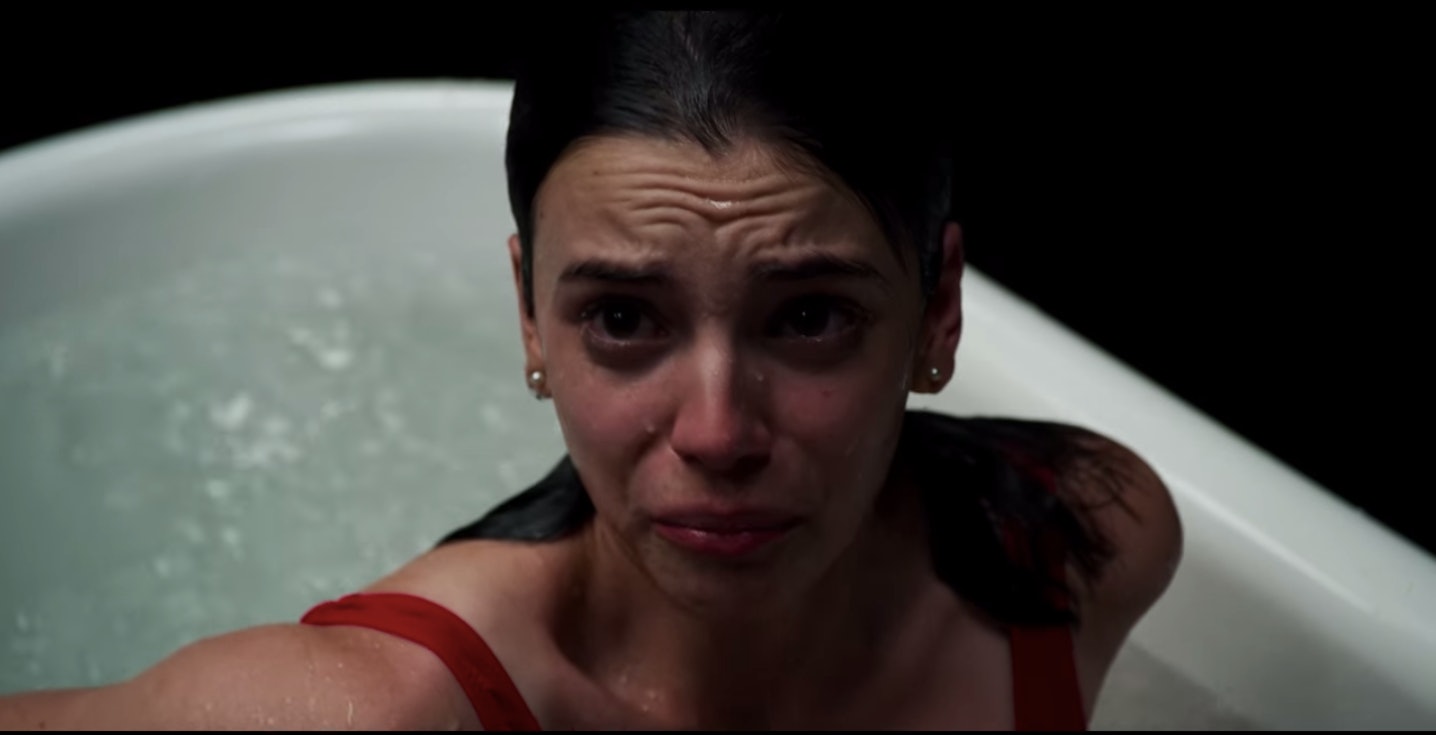 TBH, it was one of the scariest scenes from the entire season, and it left me with so many questions. Luckily, Reale, who was part of the Stranger Things fandom before she was a member of its cast, was down to dish about her time in the tub, and on the show.

Though the scene itself was dark as hell, Reale refers to her time shooting it as "really, really chill." Most of Reale’s professional background is in comedy (you can catch her in Netflix’s Haters Back Off), so it makes sense that she would have fun even while submerged in a tub for eight hours.

"You know, when you’re shooting and it’s quiet, it’s kinda scary and eerie," she says about the set of "the void," where Eleven goes in her head to find people. "Before I went into the tub, I was watching Millie do her moment where she’s walking … and watching her do that was really scary. But then they call cut, and everyone’s running around and cleaning and it’s hilarious."

Reale is equally game to reveal what went into filming that scene (about 30 pounds of weights to keep her submerged, lots of fake ice, and very pruny fingers and toes) as she is to talk about her experience on the show in general.

"The toughest part about this role, I would say, was that there was a lot of acting with, like, nothing, you know? There was a lot of acting against a monster that’s not really there," she says, jokingly calling the CGI-ed Mind Flayer her "favorite scene partner" to work with. "That was really new for me, the whole CGI universe."

Stranger Things fans know that Heather’s ending on the season is, sadly, not a happy one. While her character’s journey was unsettling for viewers, it was exciting for Reale.

"Doing that type of acting, very physical acting, is very different," she says. "I did a lot of tai chi and yoga, because it relaxes your body, and apparently, if your body is relaxed you look more possessed."

Though Heather’s fate seems pretty sealed within the confines of Season 3, some fans of Reale and her character are still holding onto a glimmer of hope that she will somehow make an appearance in the yet-to-be-announced Season 4. "For now I’m saying that, you know, she melted off her bones, so I think she’s pretty dead. But if there was ever a group of people that could make it happen, it would be the Duffers," Reale says.

It’s pretty clear Reale will remain a fan of the show regardless of Heather’s fate. The Stranger Things fandom is lucky to count the rising star among its ranks. 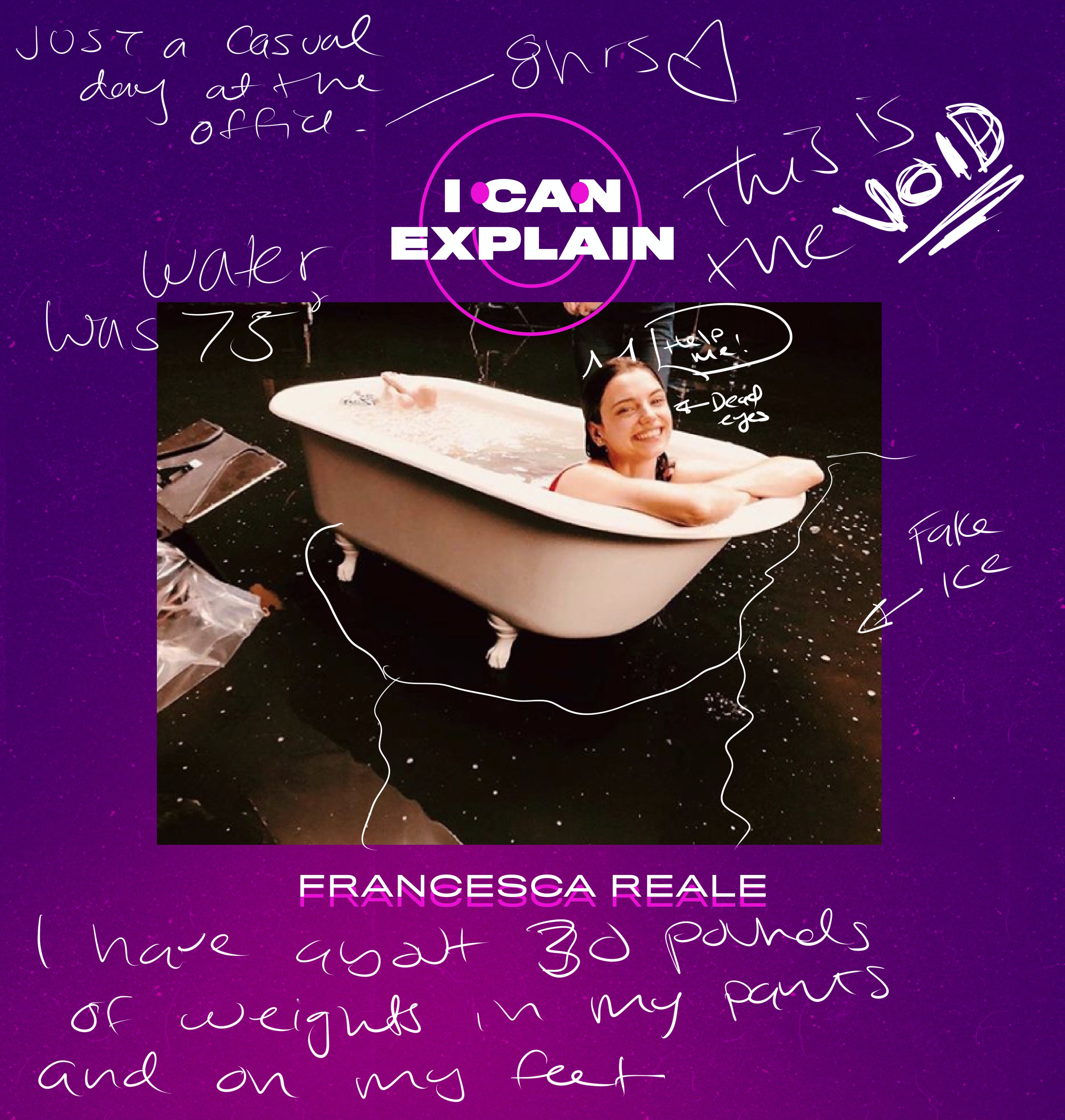 Mum shares how she got £1,000 worth of freebies