GALAXY is releasing its first-ever range of vegan chocolate bars next week in three delicious flavours.

The new bars mean those who don't eat or drink dairy will be able to feast on the smooth textures of Galaxy chocolate. 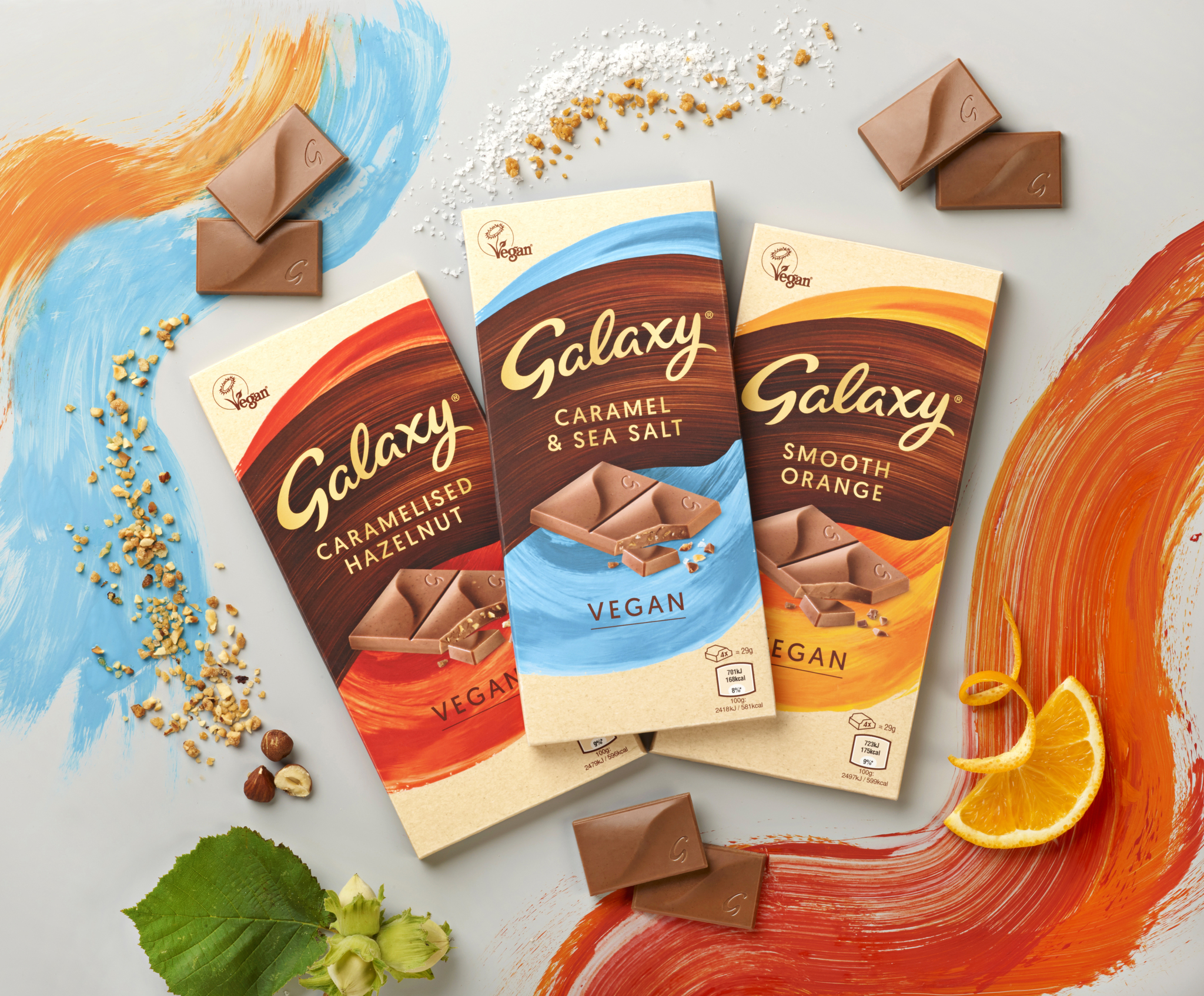 Instead of using dairy, vegan Galaxy is made with a mixture of hazelnut paste and rice syrup.

Mars says it's these ingredients which gives the chocolate the same velvet texture of standard Galaxy.

The new range comes out on November 18 and shoppers have three flavours to choose from: smooth orange, caramel and sea salt and caramelised hazelnut.

Each 100g is priced at £3, which is actually more than double what you'd pay for a standard Galaxy.

For example, a 110g bar of regular Galaxy chocolate currently costs £1 in Waitrose.

The vegan alternatives also contain more calories, something which Mars says is due to the rich nut pastes.

Shoppers will be available to buy vegan Galaxy in Tesco stores nationwide on the launch date, and on Ocado and Amazon "soon after".

Tesco has almost 4,000 stores in the UK and you can find your nearest one by clicking here.

In more exciting chocolate news, Galaxy recently brought back its much-missed truffles after axing them from tubs of Celebrations.

It came after a furious petition was launched to return the truffle bites back to the festive tins.

You may have also missed that Galaxy now does caramel crunch buttons that you can buy in Tesco.

Meghan Markle sounded 'like her old self' in George Floyd speech

Prince William Is Reportedly "Not a Huge Fan" of Prince Andrew