During a revealing and hilarious Instagram Live session on Tuesday, the “The Crown” actress announced she was done with donning bras, as they are “too f—— uncomfortable.”

“I don’t wear a bra anymore. I can’t wear a bra. I’m sorry,” she said in the now viral clip. “I don’t care if my breasts reach my belly button. I’m not wearing a bra, it’s just too f—— uncomfortable.”

Gillian’s swearing off brassieres quickly found support on social media, as fans shared their own take on the situation.

“I don’t wear bras anymore,” one commented. “I wear tank tops with the shelf bra. Much more comfortable.”

Another chimed in, “SHE DID WHAT WE ALL WANT, those hell forsaken things.”

Many followers felt the pandemic made them reassess their wardrobe, as one shared, “Me too! 17 months isolation/working from home, then retirement…Gillian is absolutely correct, bras are a torture device! (For women anyway!)”

Later in the IG Live, which was posted the same day she received an Emmy nomination for Best Supporting Actress for her portrayal of British PM Margaret Thatcher in “The Crown,” Gillian said she would love to work with Sarah Paulson, hopefully playing her sister in either a comedy or drama.

She was also asked by a fan what her warning label would be.

“Do not disturb,” Gillian quipped.

Keep reading for more reactions to Gillian’s bra ban, below. 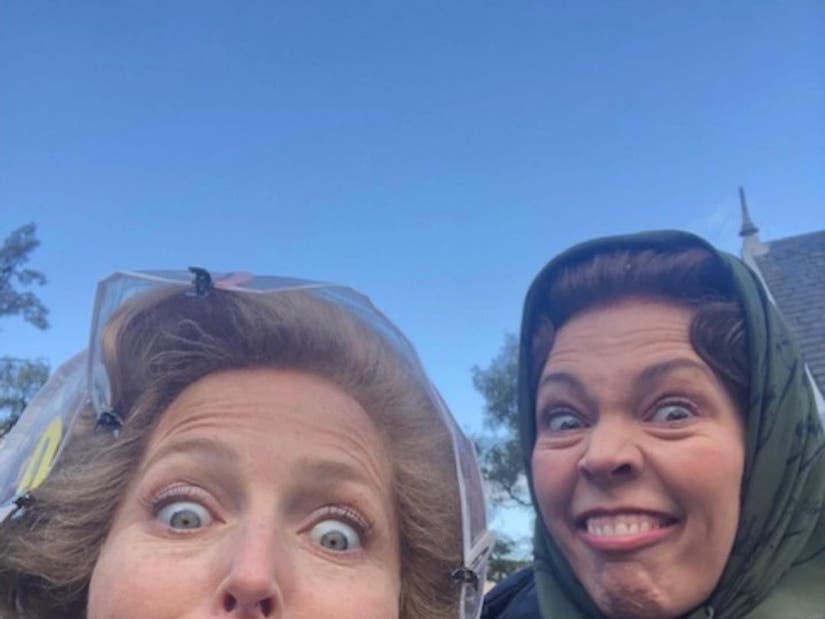 My dad treats me so differently from my brother and sister