A Melbourne hairdresser has been ordered to pay significant costs to the family of a decorated World War II veteran after failing to win her battle for a significant portion of his $3.5 million estate, including the family home.

Norman William Maddock died in June 2020 aged 97. He had suffered a series of falls and been diagnosed with a psychotic disorder, paranoid ideation, cognitive difficulties and low mood in the two years before his death. 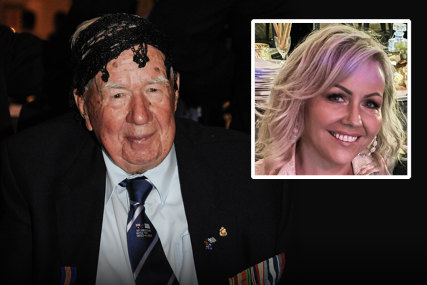 In the 15 months before he died, Maddock changed his will three times, each time giving more assets and control of his estate to his friend, Marcia Reynolds (nee Bailey).

Last June, the Supreme Court of Victoria’s Justice Kate McMillan found Maddock’s solicitor should have been more suspicious about Reynolds’ motives, saying the evidence suggested Reynolds was “pushing the outcome” of Maddock giving her his family home.

“The plaintiff [Reynolds] appeared to be heavily involved with the deceased in circumstances where the deceased was likely to be vulnerable or impressionable as a result of his circumstances and became dependent on her,” McMillan found.

The judge also criticised Bentleigh GP Dr Andrew Batty, who she said did not appear to consider Maddock’s significant health issues when assessing him as being of sound mental capacity to change his will. 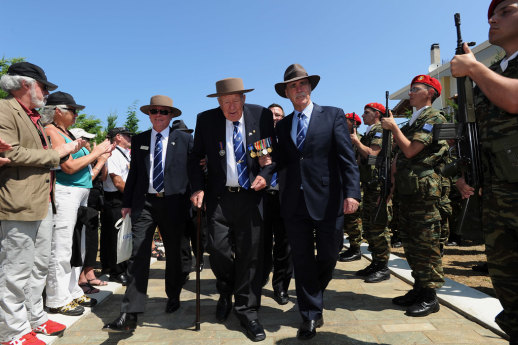 “As the deceased’s treating doctor in the period that each of the 2018 will, the 2019 will and the 2020 will were made, Dr Batty would or should have been aware of the deceased’s significant health issues, including bouts of depression, history of paranoid delusions and reduced cognitive abilities,” McMillan said.

Maddock signed up to fight in World War II in 1940, when he was 17. He fought in Tobruk and the Battle of Crete, where he was taken prisoner.

In a tribute after his death The Greek Herald recounted how Maddock served in a special military division of the Australian Imperial Forces “particularly noted for their service and sacrifice on the Island of Crete in 1941”.

“Norm was involved in a series of actions aimed at delaying the German advance, as well as in rearguard positions that enabled the successful withdrawal of thousands of Allied troops … He fought in Georgioupolis, Chania and the Battle of 42nd Street. Norm was captured in Crete but escaped and reached the North African coast by sea.”

In 2018 Maddock instructed his solicitor Tony Naughton to prepare a will appointing three executors, including Reynolds. That version bequeathed $25,000 to each of the executors; $180,000 to various charities; and $600,000 to his wife, Shirley. Of the remaining amount, 20 per cent would go to his son; 20 per cent to his stepdaughter; and 60 per cent to the Royal Children’s Hospital.

The following year Maddock again altered his will, this time appointing Reynolds as sole executor, bequeathing her $75,000, and cutting the amount left to his wife – who was in aged care suffering from advanced dementia – from $600,000 to $300,000. He also cut his adult children out of his will.

Three months later, in January 2020, Maddock changed his will a final time. This time, he also left the Bentleigh East family home – valued at between $1 million and $1.2 million – to Reynolds and added a clause stating Shirley Maddock, who died last May, had “advanced dementia and [had] very ample and sufficient monies for her needs”.

Maddock had told his solicitor Naughton that Reynolds, a friend for 20 years, was like a daughter to him.

But McMillan ruled Maddock did not have sufficient mental capacity to alter his will.

In a judgment handed down last week, McMillan rebuked Reynolds and described her failure to accept an offer of a $75,000 payout from the estate as unreasonable.

She ordered Reynolds to pay costs accrued by Maddock’s son and step-daughter, who acted on behalf of their mother Shirley, as well as their personal costs and those of the Royal Children’s Hospital, which spent $7500 at mediation seeking to reclaim its bequest.

Reynolds was unsuccessful in her bid to have the Maddock estate pay her legal costs on an indemnity basis.

Maddock’s son, also named Norm Maddock, told The Age the family was now investigating how to reclaim the family home, of which Reynolds and her partner had taken possession. McMillan found Reynolds had, by February 2021, lived rent-free in the family home “without proper authority to do so” for 17 months.

“Once we regain access to our family home and possessions of 67 years we will know the full extent of what has occurred during the occupation of the house by Marcia Bailey and her boyfriend,” Maddock jnr said.

“Not having access to the family home has made the grieving process more difficult. We will also need to examine bank accounts that she had access to as power of attorney for my late father.”

Dermot O’Leary wife: Who is The X Factor presenter’s partner? Inside Dermot’s relationship with Dee Koppang after they share baby news