Is Olivia moving into Harry’s house? Harry Styles and Olivia Wilde‘s romance is still going strong, but the pair aren’t in a rush to take the next step in their relationship.

“Harry and Olivia have talked engagement, but they’re in no rush to get engaged,” a source exclusively tells Us Weekly in the magazine’s latest issue, on newsstands now. The insider adds that while the “As It Was” singer, 28, “wants children of his own one day,” he’s not looking to “get married and start a family” any time soon.

Instead, the couple are thinking about moving in together: “Harry and Olivia have been looking at property in London together and want to find a place of their own in LA.”

In the meantime, the former One Direction member is also content with where his relationship with Wilde, 38, and her children — Otis, 8, and Daisy, 5, who she shares with ex-fiancé Jason Sudeikis — stands at the moment. “Harry has always preferred women older than he is,” the source noted.

Styles and the Booksmart director began dating after hitting it off on the set of their film, Don’t Worry Darling. Though their romance made headlines after they were spotted holding hands at his manager’s wedding in January 2021, the “Adore You” singer does his best to keep his personal life out of the public eye. 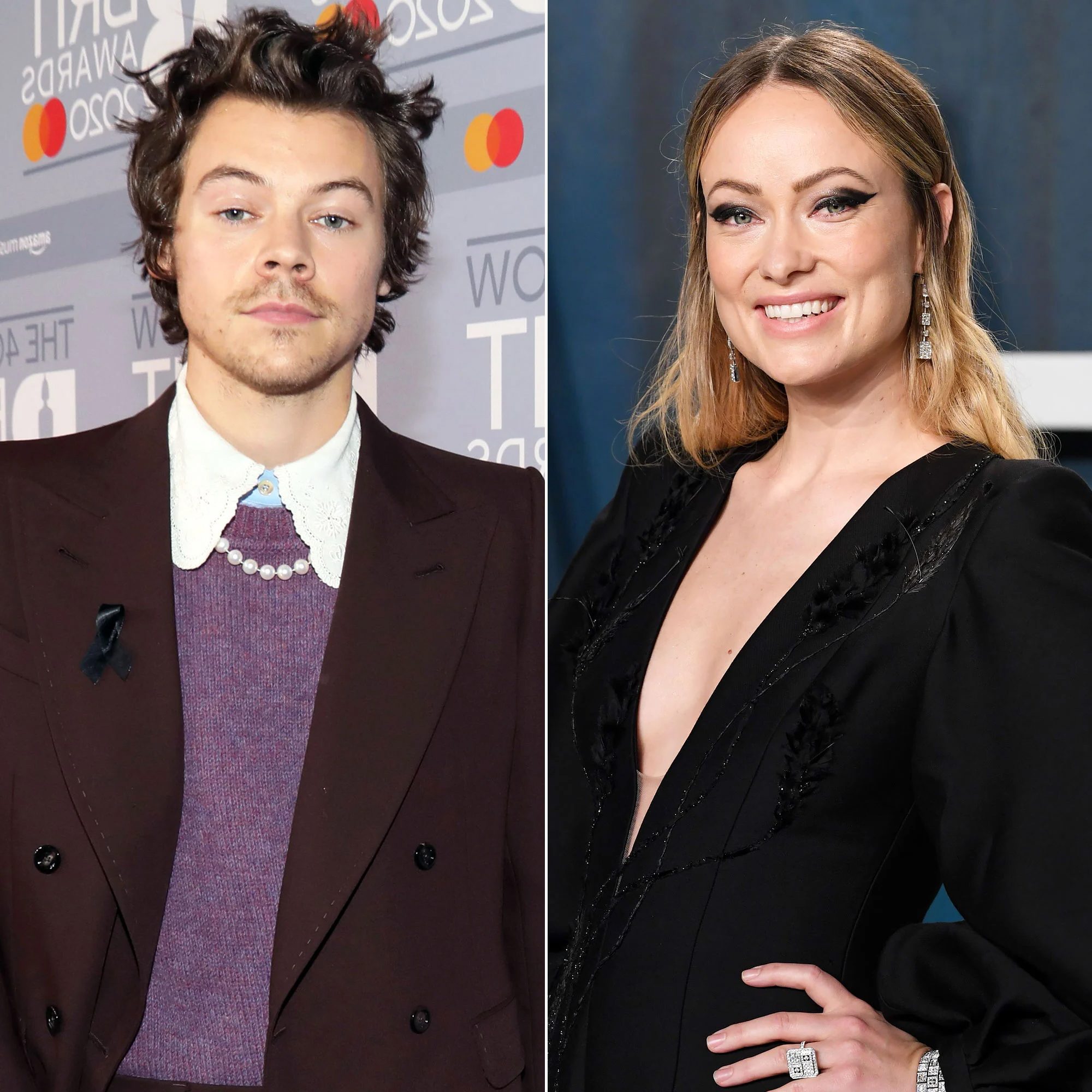 “I’ve never talked about my life away from work publicly and found that it’s benefited me positively,” Styles told Rolling Stone earlier this month. “There’s always going to be a version of a narrative, and I think I just decided I wasn’t going to spend the time trying to correct it or redirect it in some way.”

The England native added that he often struggles with the idea that being close to him opens his loved ones up to online criticism. “Can you imagine going on a second date with someone and being like, ‘OK, there’s this corner of the [internet], and they’re going to say this, and it’s going to be really crazy, and they’re going to be really mean, and it’s not real. … But anyway, what do you want to eat?’” he jokingly asked, adding that sometimes “other people blur the lines for you” when it comes to fame.

Styles later added: “It’s obviously a difficult feeling to feel like being close to me means you’re at the ransom of a corner of Twitter or something. I just wanted to sing. I didn’t want to get into it if I was going to hurt people like that.”

Everything to Know About Olivia Wilde’s ‘Don’t Worry Darling’

Though Wilde has effusively praised the “Watermelon Sugar” performer for his work in Don’t Worry Darling, she told Variety recently that she also wants to “protect” their romance from public scrutiny. “I’m not going to say anything about it because I’ve never seen a relationship benefit from being dragged into the public arena,” she told the outlet earlier this month. “We both go out of our way to protect our relationship; I think it’s out of experience, but also just out of deep love.”

For more on Styles and Wilde’s relationship, watch the video above and pick up the latest issue of Us Weekly, on newsstands now.

Tennessee man leaves $5 million to dog in his will: 'She’s a good girl'

How the Total Solar Eclipse Will Affect You, Based on Your Sign