Heinz has delighted parents across the UK by launching its first-ever range of crispy nuggets in the UK, full of its signature beans.

The canned food giant has released a three product range, called ‘Nuggetz’, which it describes as being ‘kid friendly’ and made with beans and veg, coated in ‘crispy golden crumb.’

Arriving in three varieties, the new Heinz Magical Beanz Nuggetz, which are for sale at ASDA and Ocado for £2.75 per box, have been created by the brand in a bid to make family mealtimes easier. 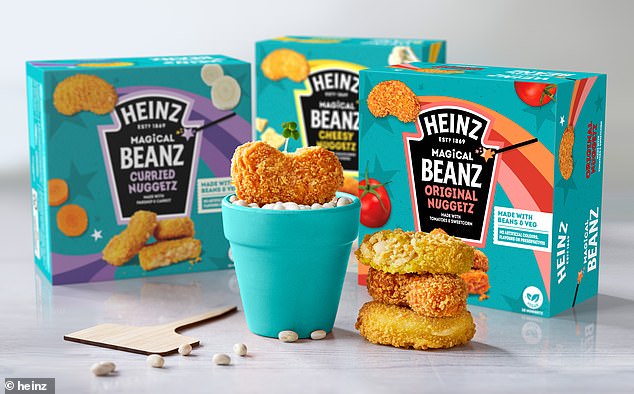 ‘Designed to appeal to kids who love nuggets, the veg-packed Nuggetz come in three-friendly varieties.’

All three products are suitable for vegetarians but the Original Nuggets, made with tomato and sweetcorn, and the Curried Nuggets, created with parsnip, carrot, coconut and mild curry spices are also vegan.

The third variety, which is vegetarian is the Cheesy Nuggetz, with cauliflower and cheddar cheese.

Sophie Higgins, Head of Growth Platform at Heinz New Ventures said: ‘We know that parents want quick, easy meals that their kids will eat – but they also want them to de delicious and without any nasties.’ 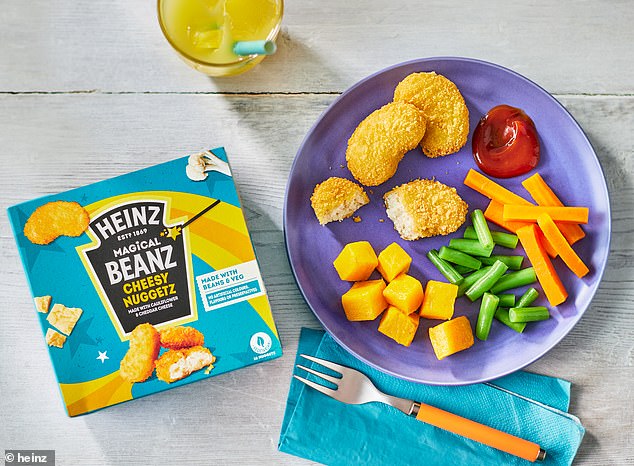 The Cheesy Nuggetz have been made with cauliflower and cheddar cheese (pictured, the cheesy snacks) 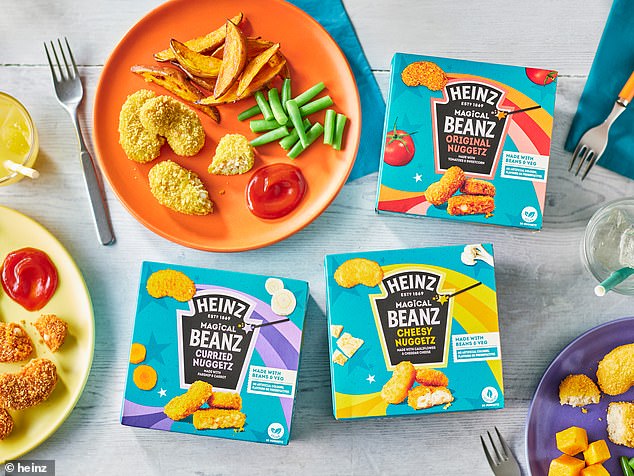 Heinz Magical Beanz  are the next step for the brand in its mission to bring people Beanz in new ways.

Sophie said: ‘Who knew you could make nuggets out of the little nutritional powerhouses that are beans?!’

She added: ‘We’re also seeing more parents opting for meat-free options at least once a week.’

This comes after Heinz released vegan versions of its creamy tomato soup and baked beans with sausages last month. 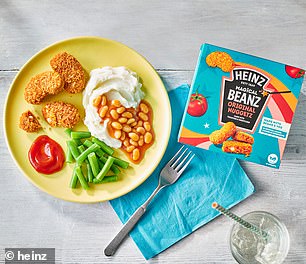 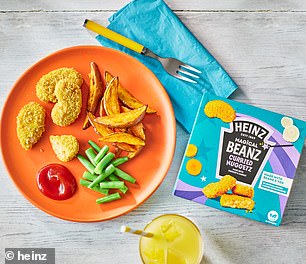 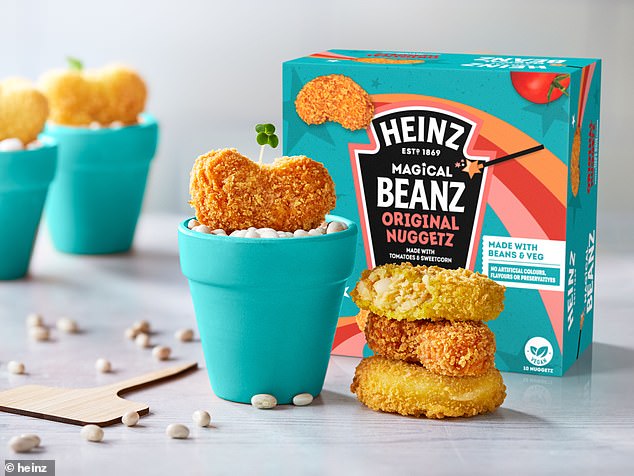 It said the release follows calls made by ‘numerous fans’ over the years, as plant-based diners requested vegan versions they too could enjoy.

The launch came ahead of Veganuary, an annual initiative which supports people as they try a plant-based diet throughout January.

Speaking about Heinz’s timely release, Dr. Toni Vernelli, International Head of Communications and Marketing at Veganuary, said: ‘This is such exciting news.

‘These products are British staples and our participants have consistently told us they would love vegan versions so it’s wonderful to see Heinz responding to this growing demand for plant-based options.’

Is YOUR child a fussy eater? Nutrition expert reveals her dos and don’ts for mealtimes – and explains why you should never give them their favourite food just to get them to eat something

Looks tasty! Heinz launches vintage fashion range featuring clothing with real ketchup marks – and says the tomato patches are ‘not a stain but a statement’