Husband of murdered US actress Adrienne Shelly who wrote the movie behind hit musical Waitress makes a documentary about her life – and how she was strangled by a construction worker, 19, in an argument about noise

The husband of actress Adrienne Shelly, best known for writing the movie Waitress, has made a documentary to preserve his late wife’s memory.

Adrienne wrote, directed and starred in the movie, later made into a hit Broadway musical starring Katharine McPhee, which tells the story of a young woman trapped in an abusive marriage in small town America.

But just months before the movie’s 2007 release, Adrienne, then 40, was strangled to death in the New York apartment she used as an office by construction worker Diego Pillco, then 19, who had been working downstairs. He staged her body to make it look like a suicide.

Now Adrienne’s husband Andy Ostry, 62, of New York, is releasing a documentary about her life and death, to keep her memory alive. 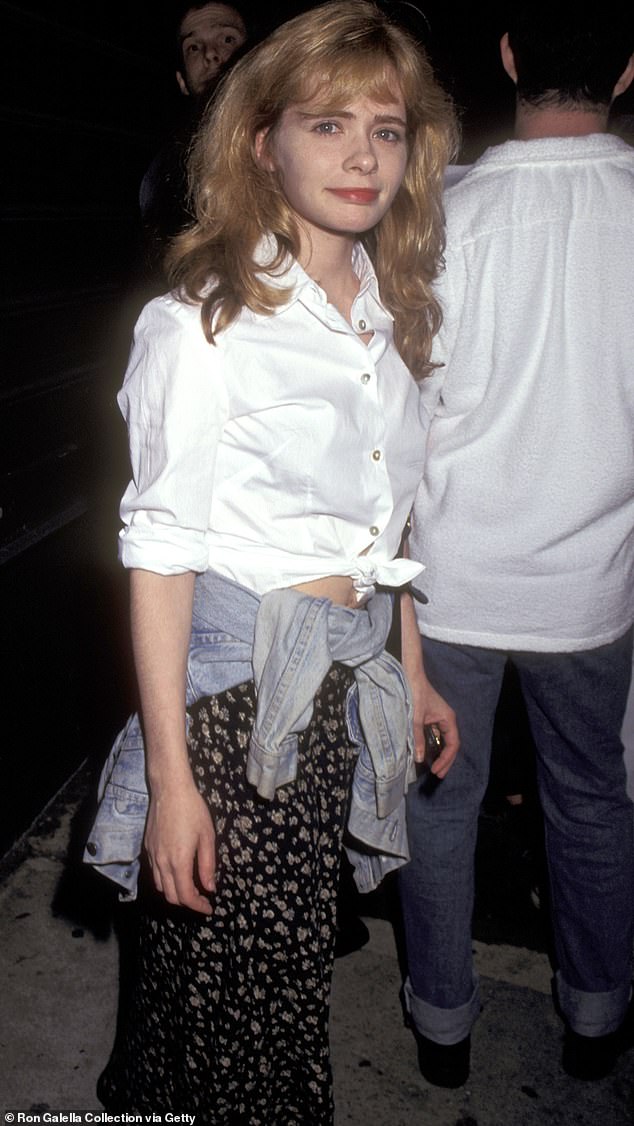 Adrienne Shelly, pictured, wrote, directed and starred in the movie Waitress, later made into a hit Broadway musical starring Katharine McPhee, which tells the story of a young woman trapped in an abusive marriage in small town America. She was murdered in 2006 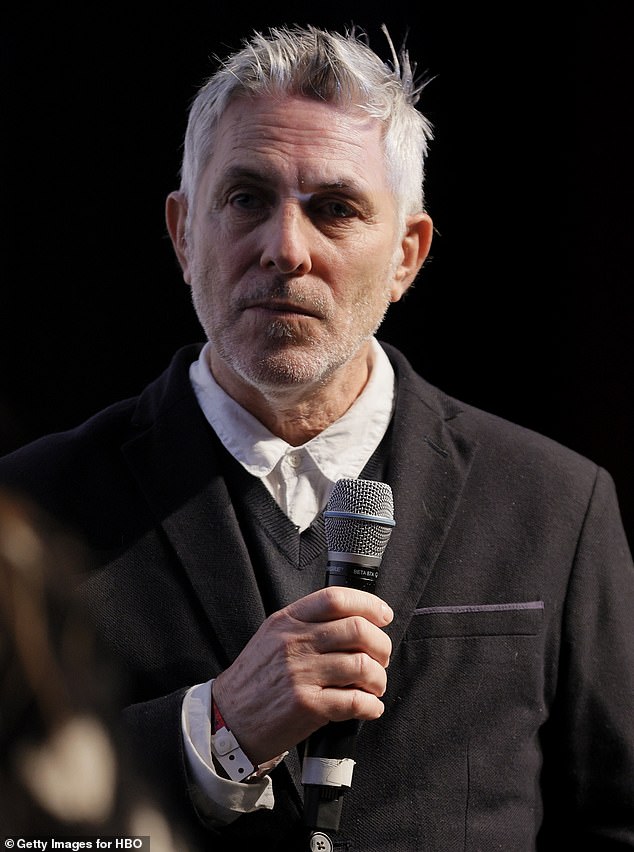 The late actress’ husband Andy Ostry, 62, (pictured) who lives in New York, recently filmed a documentary about Adrienne’s life – which was released in the US last week and will air in the UK at a later date – in a bid to cement her legacy

He was struck by the idea after watching Waitress on stage, and realizing how few people knew his wife’s story.

Speaking to Jezebel, he said: ‘That got me thinking, as I looked around the theatre at well over a thousand people, how many of these people know who Adrienne is and the story of her life and her death.’

The movie was released in the US last week and will air in the UK at a later date.

Born in Queens, New York, Adrienne studied film production at Boston University before moving to Manhattan to pursue a career as a writer, director and screenwriter.

She was given a breakthrough role in 1989 independent film The Unbelievable Truth, and appeared in 1990’s Trust, which was nominated for the Grand Jury Prize at the Sundance Film Festival. 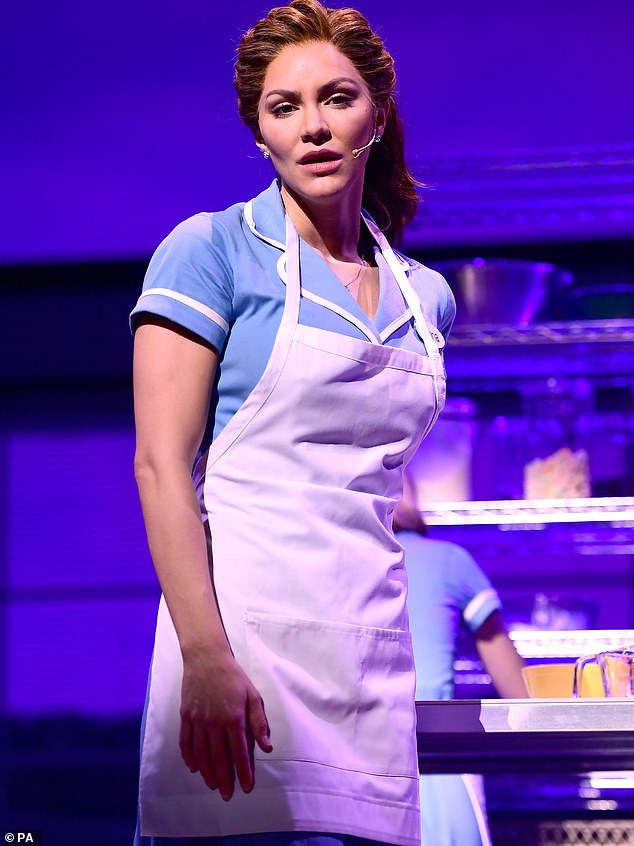 Waitress was turned into a successful musical with music and lyrics by Sara Bareilles which debuted on Broadway in 2016 and on the West End in 2019.  Pictured Katharine McPhee as Jennifer in London, 2019 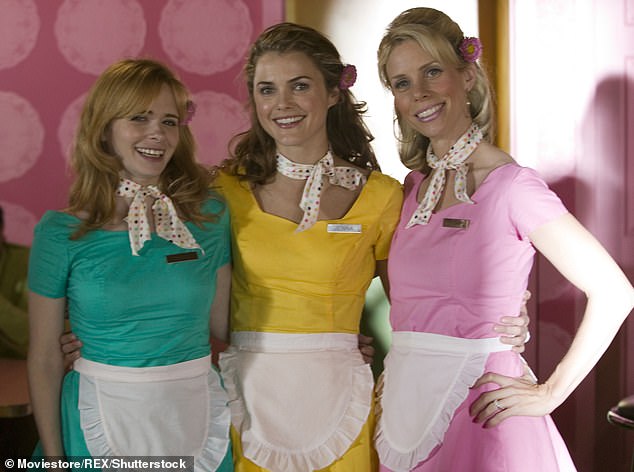 While pregnant with her daughter Sophie, Shelly wrote the movie Waitress. It starred Kerri Russell star as Jenna Hunterson, a waitress living in the American South trapped in a marriage with an abusive husband. Pictured, Shelly, left, and Russell, with co-star Cheryl Hines

Shelly also guest-starred in a number of television series including Law & Order, Oz and Homicide: Life on the Street, and counted Paul Rudd among her friends.

While pregnant with her daughter Sophie, born in 2003, Shelly wrote the movie Waitress.

It starred Kerri Russell star as Jenna Hunterson, a waitress living in the American South trapped in a marriage with an abusive husband.

Desperate to leave her husband after discovering she’s pregnant, Jenna enters a pie contest offering a $25,000 grand prize with the help of co-workers, Becky (Cheryl Hines) and Dawn (Shelley). The movie premiered at the Sundance Film Festival in January 2007.

But just weeks before, on November 1, 2006, Adrienne was strangled by Pillco after she complained about the noise he was making in the apartment below.

He staged the scene to make it appear as though Adrienne had hanged herself, but Ostry vehemently rejected this theory, saying his wife was happy in her personal life and would never have left behind their then two-year-old daughter. 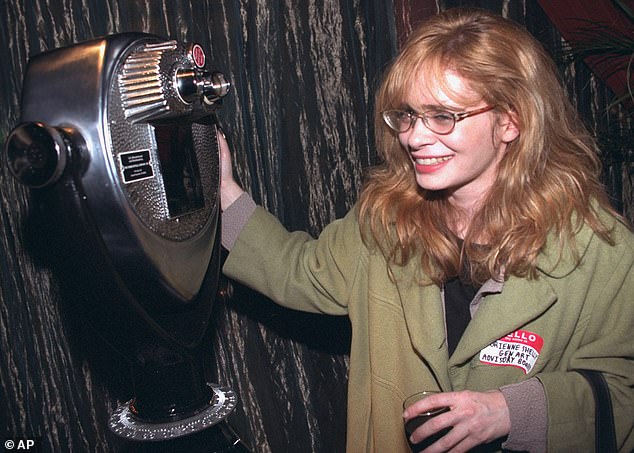 Adrienne was found dead, hanging in the shower of her work apartment in the West Village, on November 1st, 2006, aged 40. She is pictured in New York in 1996, ten years before her death

Police became suspicious after discovering Pillco’s shoeprint in Shelly’s bathroom, where her body was found hanging in the shower.

Pillco later confessed to to murdering Adrienne and was sentenced to 25 years in prison in 2008.

Now Ostry wants to share her life story with a new audience.

He said reviewing the past through all the archival footage was both painful and cathartic, adding that making the film was ‘an emotional rollercoaster. The painful reality of that was inescapable.’

At one point in the documentary Paul Rudd delivers a speech in which he says that the actress’ work preserves her memory, despite not every fan of the musical knowing her name. 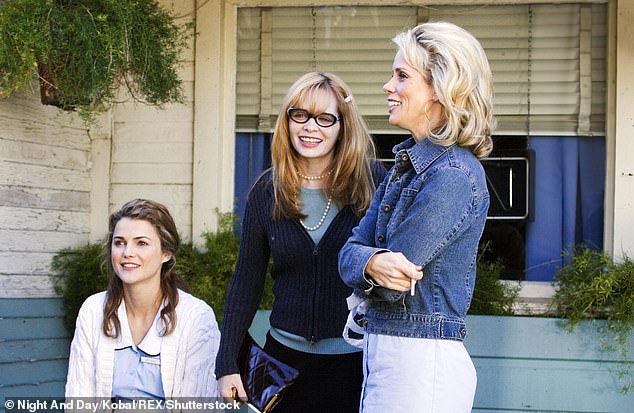 The original movie Waitress, which made it’s debut at the premiered at the 2007 Sundance Film Festival, sees Kerri Russell star as Jenna Hunterson, a waitress living in the American South trapped in a marriage with an abusive husband. Shelley is pictured on set with her co-stars

‘When I sort of separate my own personal attachment to the story and just look at things holistically, it’s like, that musical was a success for four years. I mean, wow, that’s incredible. She created that. Without her, that Broadway marquee doesn’t exist’, he said.

Rudd is part of the The Adrienne Shelly Foundation, which supports women filmmakers, created by Andy in the wake of his wife’s murder.

The foundation has also awarded 60 production grants since its inception. Cynthia Wade who won an Academy Award for her documentary Freeheld, which ASF helped fund.