Identical twins, 20, who dropped out of school are now making at least £100,000 each a year from video games they started creating aged 13 with no training

Identical twin brothers who created their first video game at the age of 13 have paid off their parents’ mortgage and are financing their siblings’ university educations thanks to their £100,000-a-year income.

Matthew and Ben Horton, 20, created their first computer game on the platform Roblox before monetising it, leading to their parents fearing their financial independence came from drug dealing.

Despite having no formal training in computer game development, the pair from Crawley in West Sussex, dropped out of sixth form and started earning money through their games, software and merchandise.

The brothers, who live in Crawley, West Sussex, plan on moving to America to set up their own company so they can be closer to their audience.

The brother said that they have always been fans of video games, having played the Lego series on PlayStation 2 and the discovery of Roblox in 2010 allowed them to create their very own game. 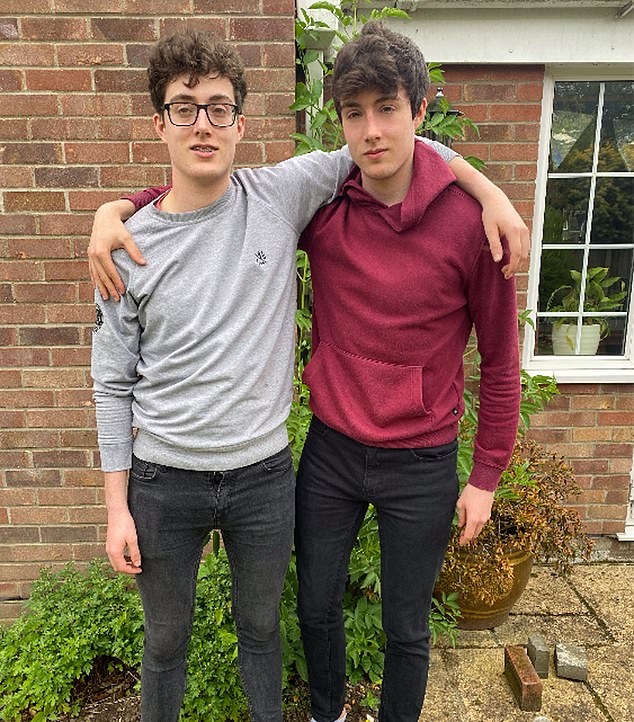 Matthew and Ben Horton, 20, from Crawley in West Sussex, dropped out of sixth form and started earning money through their games, software and merchandise. 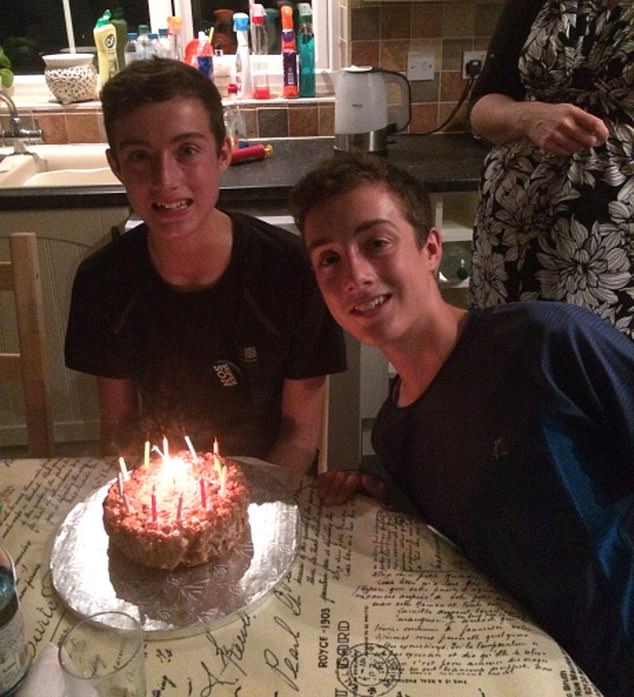 The pair, pictured in their younger teenage years, started making their own video games on the Roblox platform in 2010

Matt said: ‘It gave access to wacky, interesting creations by hundreds of people. It was a new thing which was fascinating.

‘For the first three years after finding Roblox, we just played the games. Then in the 2013 Christmas holidays, we started experimenting with creating our own game and that really kick-started our career.

The twins are not alone in trying to break into the gaming industry, with Newzoo, the leading global provider of games and esports analytics predicting the international gaming market will be worth £120billion in 2020 – up 9.3 per cent on last year.

Matt said: ‘Engagement with our games has increased by 30 to 40 per cent during lockdown. 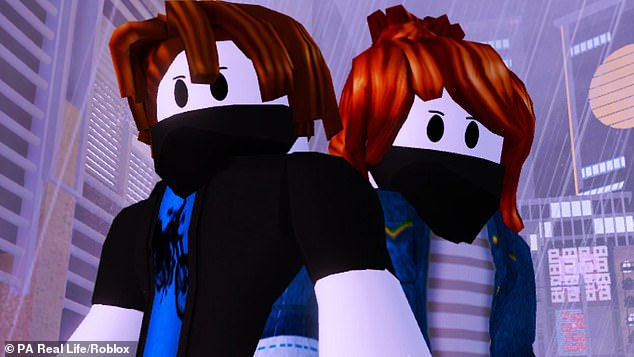 A clip from their video game Bacon Hair, a 60-minute animated movie and one of the boys’ biggest hits

‘Before Covid-19, my videos were getting five million views and as Covid-19 hit they averaged 10 million views, so they doubled.’

Matt and Ben’s first successful game, designed when they turned 13, was called Boat Ride, and required users to navigate a Disney-like world of attractions.

Free to play, the twins quickly found a way to earn £5 a day by selling products or optional perks, such as a jet pack to fly around the game, to enhance the experience.

While Matt taught himself video production, so he could make trailers for the games, Ben learned programming and user interface (UI) design, which made them functional and enjoyable to use.

Ben said: ‘When we started we were 13, working nine to five in the Christmas holidays.

‘We had a lot of tubs of sweets in our room.’

The boys would divide their spare time between athletics tournaments, training, schoolwork and gaming, meaning their day started at 6.30am and finished at around 11.30pm.

When the boys were 16, just before starting sixth form, they started turning a profit from their game making, meaning Matt dropped out of school after two months to work on video production full-time. 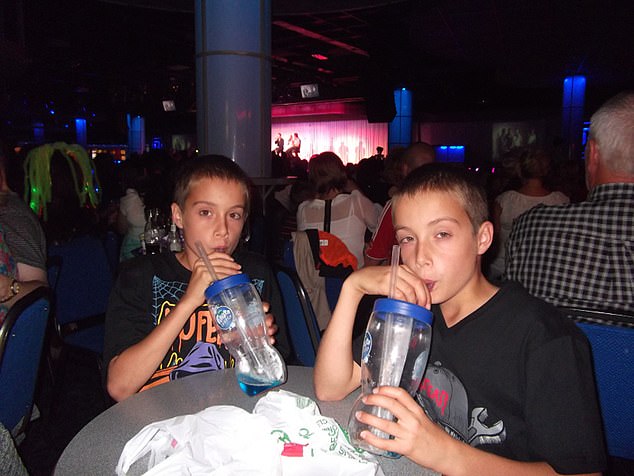 The pair, pictured as children, have always been fans of video games, having played the Lego series on PlayStation 2 and the discovery of Roblox in 2010 allowed them to create their very own game

Ben joined him in dropping out at the end of that academic year.

Matt said: ‘I had loads of time to work on new projects and a few months later, I released my most successful project The Last Guest, which has been watched for over 25 million hours and had 100 million views on YouTube.

‘I would not have been able to do that if I hadn’t dropped out of school.

‘We didn’t have any formal training. We just learned really quickly by ourselves – repeating things and getting better.

‘There are so many tutorials online that anyone can teach themselves, you don’t need to pay money for courses. Everything can be done in your own free time.

‘When I showed my dad my income for the first time, he thought I was drug dealing because it was quite a bit of money. He was very surprised.’ 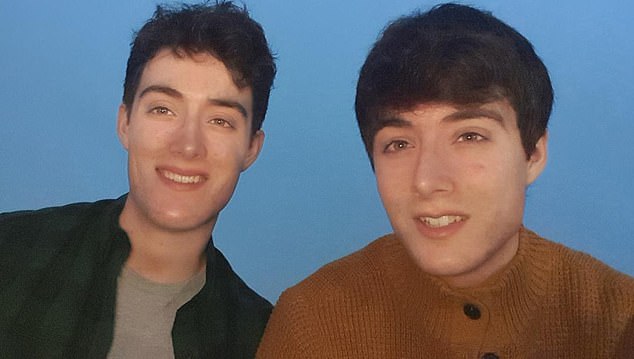 The boys do not have any formal training, and taught themselves how to make games using Roblox

The boys’ parents Mark, 51, a council worker, and Caroline, 51, a child’s services manager, were sceptical at first but gave in when the twins explained how much money they were making.

Ben said: ‘Our dad is not really techy, but he likes to write, so he’s a great person to brainstorm ideas with. Dinner conversations when we lived at home would involve the three of us bouncing ideas back and forth.’

Bacon Hair, a 60-minute animated movie and one of the boys’ biggest hits was conceived during a long bike ride.

Ben said: ‘On one day of brainstorming we went on a really long bike ride. It got to 6pm and we realised we were 80km away from our house.

‘It was getting really dark and our phones died.

Roblox Studio is an open-access, free to use platform that offers step-by-step tutorials, templates and online forums to teach kids how to make their own games from scratch and all games are free-to-play.

‘We weren’t very well prepared, but we got so lost in thought and discussion that we ended up miles away from home. We had to follow the road signs all the way back and got home about 5am.

‘But we came up with some really good ideas, so it was very productive!’

Despite working well together, the brothers also work independently on their own projects, with Matt working on YouTube videos and animated movies for his two million subscribers.

Meanwhile one of Ben’s most successful creations is a software application called HD Admin which provides features and commands which helps other game developers and has been visited more than two billion times.

Of the 20 games that Matt and Ben have created, two of them – Guest World and Roleplay World – have accumulated 100million visits.

Despite the wealth that has come from their success, the boys said that their greatest reward is knowing people enjoy their projects.

Ben said: ‘It’s really overwhelming to have that many people playing them and to have a community of people asking us for advice, or who are invested in what we do.

‘Matt started selling plushies, or soft toys, based on his movie The Last Guest, so fans send him pictures of the toys and other people will dress up as his characters. That’s awesome.’

However, the financial benefits of their success has also helped their family, as they supported their sister Rebecca, 21, as she studied travel and tourism at the University of Chester and plan on helping their brother Edward, 18, who has started a physiotherapy degree at the University of Worcester.

Matt said: ‘We paid for a trip to Florida for the whole family last year.

‘We were also able to pay off part of our parents’ mortgage. 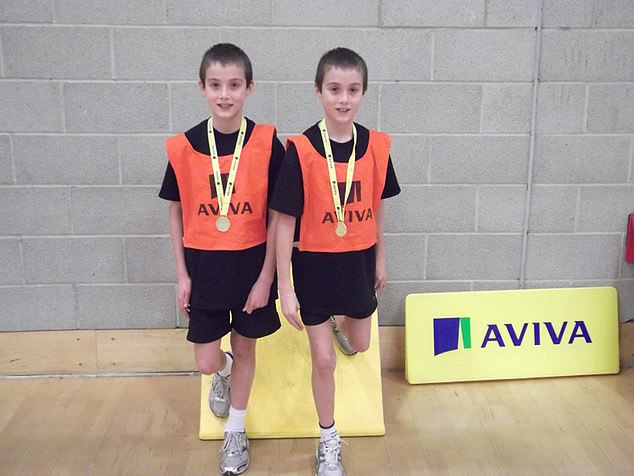 The twins started working when they were 13, doing nine to five jobs in the Christmas holidays

‘We have the freedom to travel, to explore and to invest in different projects.

‘And, despite having different jobs within gaming, we are both earning just above what a senior software engineer is paid – so very low six figures, but building up.’

For now, Matt who cites movie director Christopher Nolan as one of his inspirations, is concentrating on making better quality videos.

He said: ‘With my previous film, I did all the animation. For my new movie, Bacon Hair, I’ve hired people to work on the animation.

‘I want to keep improving and allow my movies to be experienced by different and bigger audiences.’

Ben hopes that he and his brother can follow in the footsteps of other Roblox gamers who have built their own companies. 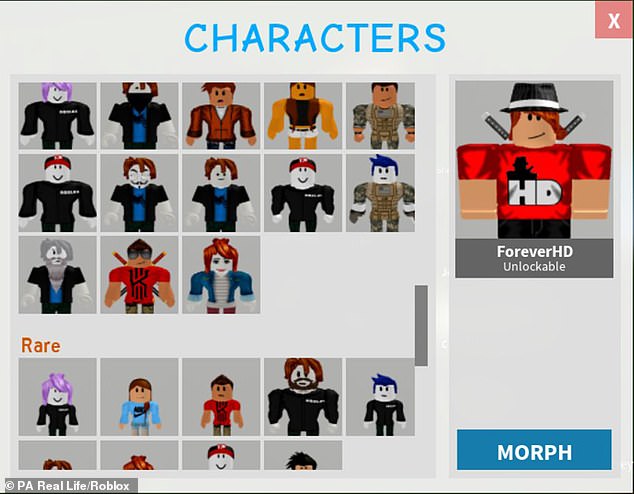 A clip from a Roblox game created by Matt and Ben

‘We met the developers of a game based on the Titanic sinking at an event. They were our heroes when we started out,’ he said.

‘One company, DocMe has gone from a two person to a 50 person team in two years. It would be great to follow in their footsteps.’

When asked for advice for any budding game developers who want to break into the industry, Ben said: ‘Find and discover what makes your game fun. Discover the fun mechanics and develop your game from there.

‘Also, engage with your community – make an effort to attend events and conferences.

‘A great deal of success comes from learning and utilising the strength of the people around you.

‘Up until high school, we had little idea of what we were doing. Roblox helped us develop our skills and narrow our focus.

‘It’s allowed us to do something we’re passionate about.’

Matt agrees that a passion for making and playing games is essential to success.

He said: ‘We did all this stuff because we enjoyed doing it. For five years we were not making money, we were expecting to go to university, but then it took off. We’re really fortunate.’

‘Servant’ Renewed for Season 2 at Apple Ahead of Series Premiere