‘I’ve lost 2st and haven’t spoken to another human in three weeks’: Pensioner, 77, who can’t afford to eat, let alone socialise, shares the reality of the cost of living crisis

Last month, Yvonne Bailey realised that it had been three weeks since she had properly spoken to another human being. Once the 77-year-old has paid her bills, she has nothing left over from her pension credit for socialising.

To remedy her isolation the retired receptionist from Oxfordshire accepted an invite from a friend for a coffee.

‘She paid, but I can’t do that very often because I can’t repay the favour,’ explains Yvonne. ‘A meal out or a trip to the cinema is out of the question. I have no choice but to avoid socialising. I hate it,’ Yvonne told Metro.co.uk. 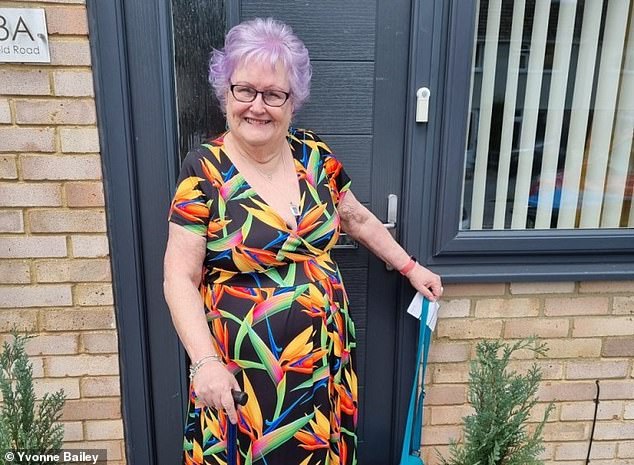 Retired receptionist Yvonee Bailey, 77, from Oxfordshire, said that her quality of life is so poor – due to rising costs – that it leaves her in tears

‘What quality of life is it? Sometimes I sit here and cry.

‘Last week I heated the house twice for half an hour in the evening and I couldn’t believe it – it cost me £10,’ adds Yvonne, who is a widow. ‘I’m just wrapping up warm and wearing layers. I get so cold, I end up going to bed, which I have two duvets on.’

In constant pain from arthritis and fibromyalgia, she used to keep the heating on a low level. However, now unable to afford that, she wears a jacket inside, and relies on hot drinks and soup to stay warm.

‘When I think about, it makes me feel sick,’ admits Yvonne. ‘I get cold, my body seizes up and I end up in even more pain than I am in already.’ 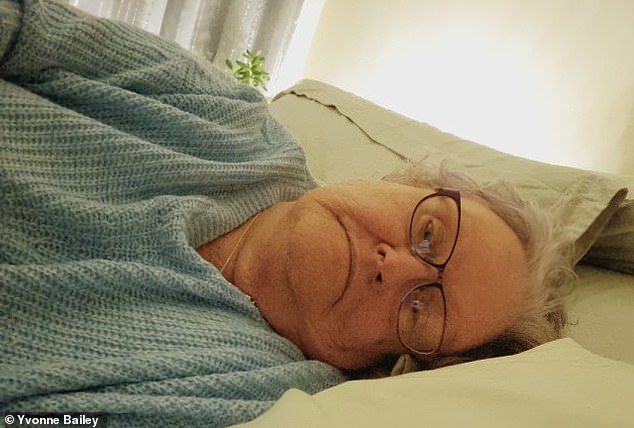 Unable to afford to keep the heating on, Yvonne has to wrap up and drink hot drinks to keep the chill away

Keeping the lights off to reduce her electricity bill, she navigates the dark rooms of her bungalow using the torch on her phone. But it’s a dangerous business; Yvonne has balance problems and is vulnerable to falls, something that has happened to her recently. She had to wait hours for the ambulance and is now at home, immobile and on her own.

Like many in her generation, she has cut down on every conceivable spend. Yvonne begins every day with a milky coffee, because she can no longer afford breakfast. She’s lost more than 24lbs (11 kilos) over the last three months after going from three square meals a day, to one.

Roasts and bakes are not an option for Yvonne either; she cooks everything in an air fryer, which is much cheaper. She’s given up red meat and is worried about the price of chicken and fish. She hunts for bargains in the supermarket and keeps herself busy in the evening so she doesn’t have to think about the hunger.

‘It takes me back to my childhood when I was always hungry, I was so thin, because we were four kids and there was never enough food,’ she remembers. ‘We were used to that then – it was post war. But it’s now the 21st century, and here we are.

‘I have the constant worry of how I will pay for everything. I’ve worked since the day I left school at 16. As you get older, you should be able to expect warmth and comfort. I couldn’t wait to retire; I thought it would be a pleasant time. Instead, it’s been a nightmare.’

Visit Metro.co.uk to read the full version of this article