A big misunderstanding? Becca Kufrin and Thomas Jacobs are back together after breaking up during the Bachelor in Paradise season 7 finale, which aired on Tuesday, October 5.

‘BiP’ Couples Who Got Back Together After Breaking Up

A title card at the end of the episode revealed that the couple reunited after their split. “Becca and Thomas started dating again after Paradise,” the update read. “They are happy and in love.”

Earlier in the finale, Thomas, 29, tried to further his relationship with Becca, 31, ahead of the prospect of a fantasy suite and an engagement. “I know exactly how I feel about you, and if it’s not just an end of our time here, it could be the beginning of something special, and that’s something I was hoping to find in Paradise, and I couldn’t have imagined it would’ve felt this good being able to explore that with you,” he told her. 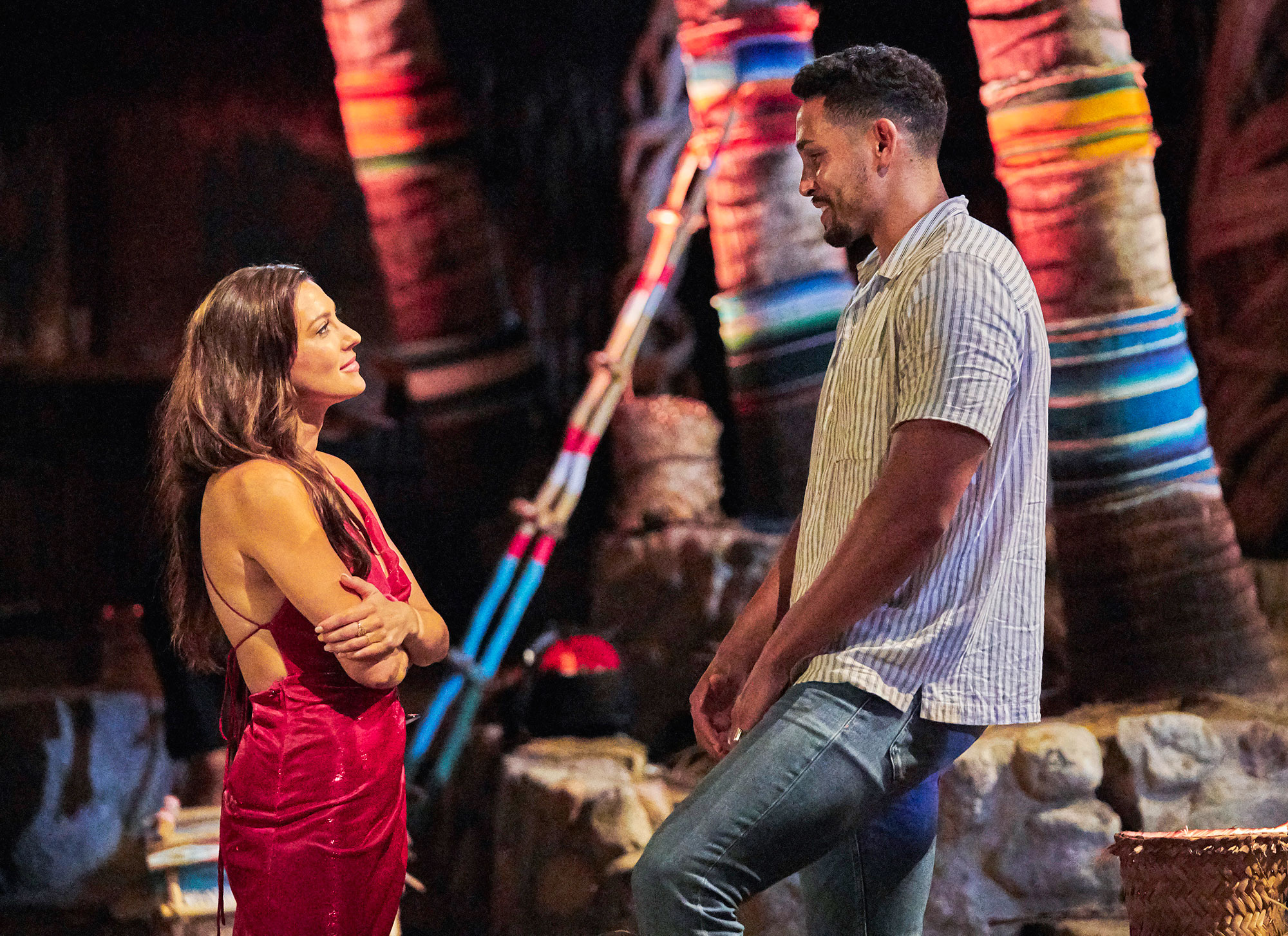 The former Bachelorette confessed that she did not expect to find love on the beach, but she had doubts about Thomas’ authenticity. “I feel like you’re so good at being supportive and positive and surprising me in all of the best ways, but I feel like sometimes it’s too good to be true and that scares me,” she shared. “I’ve been here twice now before, and I couldn’t leave here and feel OK about leaving with somebody that I don’t 100 percent fully know.”

Thomas countered, “Everything inside of me screams that I’m falling in love with you,” to which Becca replied, “But I haven’t seen any of that.”

The “Bachelor Happy Hour” podcast cohost added: “There’s just something that’s missing, something more that’s lacking, and again, I feel like I see a part of Thomas but I don’t see all of Thomas.”

The Bachelorette season 17 alum got emotional before leaving, but Becca chased after him to reassure him that she cared about him. “I wish you could see the faith that I have in us,” he told her. However, she responded, “I have to just trust myself in this decision right now.”

Becca was initially “pretty confident” about her choice, but she felt “torn” after her tough goodbye with Thomas.

Former ‘Bachelor’ and ‘Bachelorette’ Leads: Where Are They Now?

“It sucks that I’ve now seen another side to Thomas that I’ve been wanting to see throughout this entire time and now it’s under these circumstances,” she told the cameras as she exited by herself. “But when he was like, ‘Just leave here with me, just have faith in us,’ I’ve never heard that from a guy before. I didn’t hear it from the last two guys I was engaged to, that’s for sure.”

Becca was previously engaged to Arie Luyendyk Jr., who broke up with her after season 22 of The Bachelor so that he could rekindle his romance with runner-up Lauren Burnham. She was then engaged to Garrett Yrigoyen from 2018 to 2020 after meeting him on season 14 of The Bachelorette.

The reality star defended her relationship with Thomas — who was accused of competing on Katie Thurston’s season of The Bachelorette for the wrong reasons — in September after a fan suggested via Instagram, “This guy has ‘red flags’ written all over him.” Becca retorted at the time, “Red is my favorite color.”

The Old Vic performance: How to get tickets to Claire Foy and Matt Smith’s play Lungs