Some things just go together, like fireworks and the Fourth of July or Eleven and Eggo waffles. Another one of those perfect pairings is teenagers and the mall. Since Stranger Things Season 3 is filled with teenagers, it makes perfect sense that the new Hawkins mall factors heavily into the new batch of episodes. Stranger Things‘ Starcourt Mall is featured as the gang’s new favorite hangout in the summer of 1985 and it’s filled with period-specific details. But is the Starcourt Mall real? The cast of Stranger Things gave the behind-the-scenes scoop on the mall. Warning: Spoilers for Season 3 of Stranger Things follow.

Stranger Things Season 3 has been a long time coming, and promos for it were first released almost a year ago. Even then, the first promos highlighted the Starcourt Mall, so it was clear that the location would be important. Now that Season 3 has been released, it’s clear why. Not only is the mall the home of Scoops Ahoy, where Steve Harrington (Joe Keery) now works. But, it also serves as a meeting place for nearly al the main characters this season.

"I do think that it meant that the ’80s was a simpler time," Dacre Montgomery, who plays Billy Hargrove, explains in an interview with Elite Daily. "The mall is representative of that. Everyone goes to hang out there every day. It’s a social meet-up spot."

The creators and showrunners of Stranger Things, the Duffer brothers, always put a lot of care and attention into specific 1980s details. The Starcourt Mall is definitely not an exception. If anything, they went above and beyond in making sure that the mall looked like it was right out of 1985. In order to create the Starcourt Mall, the showrunners renovated an empty space to be a fully-functional 1980s-era mall.

"We took over an abandoned mall in Atlanta, which had no stores in it. We took 40 empty stores and made them all operational with working tills and salespersons," Cary Elwes, who plays the new character of Mayor Kline this season, tells Elite Daily. "None of the props were manufactured, they were real from the period. The food court was operational. The movie theater was operational." 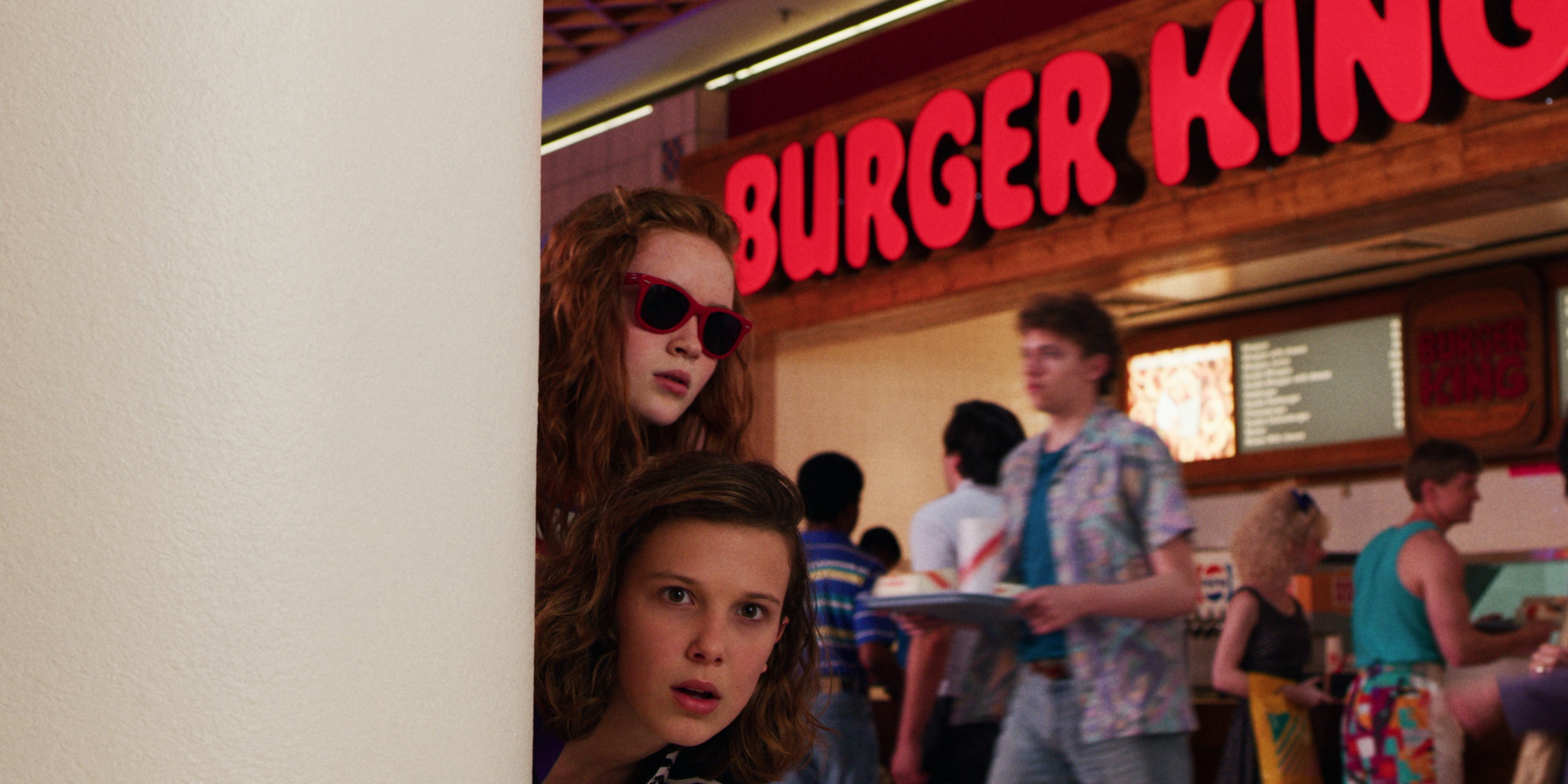 Even details that the cameras didn’t always catch were made to be completely realistic, from the logos of the stores all the way down to the trays used in the mall food court.

"The Duffers looked at my face when I walked in, and I was like, ‘Oh my god, this is crazy,’" Elwes describes. "It was so important for them to create the atmosphere that it was a working mall and real. You feel that when you’re acting in it, so you’re not having to pretend much in terms of setting up the place in your mind."

A lot of the actors this season used the immersive quality of the Starcourt Mall to help them get into character. In fact, Montgomery spent time exploring the mall even when he wasn’t filming.

"It was like walking into the ’80s," Montgomery says. "I came on set when I wasn’t shooting just to explore because it was talked about a lot."

Elwes is known for playing several iconic roles in 1980s movies, including Westley in The Princess Bride. He especially appreciated the care that went into recreating the past on the Stranger Things set.

"It brought me back. The attention to detail on this show is one of the things about it that makes it so unique," Elwes says. "The Duffers have an incredible eye for making sure that everything is absolutely accurate."

California’s Housing Crisis Is So Bad, People Are Turning To Rent Strikes And Squatting