Home » Lifestyle » Jared Kushner’s memoir: An unfair account of the West Wing from a Zelig with power

Jared Kushner – son of a convicted felon (ultimately pardoned by Donald Trump); Trump’s son-in-law by marriage to the “warm”, “funny”, “brilliant” Ivanka Trump; Manhattan real-estate mogul closing billion-dollar deals; mini media mogul with a city newspaper for plutocrats – could not resist the siren call of the West Wing when Trump won the 2016 election against Hillary Clinton.

“We realised we couldn’t imagine looking back one day, knowing that we had walked away from an opportunity to help solve some of the greatest challenges facing our nation and the world.” Kushner, armed with his laser focus on data and spreadsheets and augmented with a network of gig economy superstars to tap, was ready to “believe in the core principles Trump was fighting for”, and together with Ivanka, “shake up Washington and fight for the forgotten men and women” of America. The talented Mr Kushner, the princeling of Fifth Avenue, was ready to go to work. 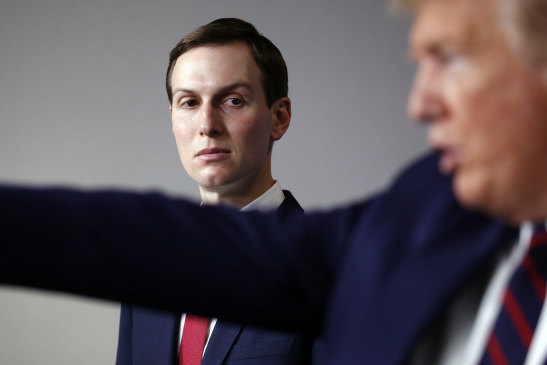 Jared Kushner does not directly acknowledge that his father-in-law, Donald Trump, lost the election or reproach him for not conceding the election.Credit: AP

There was the love affair between Trump and Kim Jong-un, the brutal, nuclear-armed dictator of North Korea. Jared and Ivanka were there with POTUS at the demilitarised zone. Trump asks Ivanka for some foreign policy advice. “Should I go [across the line into North Korea] if he invites me?” “Why don’t you play it by ear and see how it feels.” It felt great. Looked great. Kim did not give up any nukes to Trump. 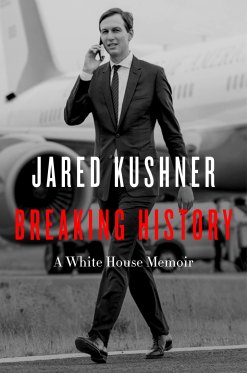 The achievements that Kushner claims are fair game for political litigation, as they were in the 2020 campaign. What is not fair or honest is a memoir from someone so close to Trump in which there is not a word on how infirm, corrupted and dysfunctional Trump was. Kushner served with four chiefs of staff, four national security advisers, and more than 30 cabinet secretaries. Who is responsible for that chaos? The president, but Kushner sees nothing but anodyne executive excellence.

According to Bob Woodward, Trump called the top generals in the military “suckers” and “pussies”. Peter Baker and Susan Glasser report that Trump asked why his generals could not “be like the German generals” – as in, more loyal to you-know-who.

Kushner deserves strong credit for the Abraham Accords that normalised relations between Israel and five Arab states. He paints a hugely unflattering portrait of Israel’s Benjamin Netanyahu, who wants everything his way on every issue. He got sovereignty over Jerusalem and the Golan Heights without giving anything to the Palestinians.

A real hero of the Abraham Accords is Yousef Al Ataiba, the Emirati ambassador, who said there would be no deal unless Israel pledged not to annex territory in the West Bank. Netanyahu had to swallow it, and that has kept alive a possible two-state solution.

Kushner does not directly acknowledge that Trump lost the election or reproach Trump for not conceding the election. He does not recognise Trump was disgraced by being impeached – twice. While Kushner says that the attack on the Capitol was “wrong and unlawful”, he adds, “what is clear to me is that no one at the White House expected violence that day”. That is not true and may prove criminally untrue.

On Kushner’s last hour on his last day in the West Wing, “the lights were off, the desks were cleared, the hallways were eerily empty”. The boxes stuffed with classified documents headed to Mar-a-Lago are nowhere to be seen. Kushner does see the fourth chief of staff, Mark Meadows, in his office with a roaring fire going. The House select committee on the January 6 attack and the attorney-general want to know what went up in smoke.

Bruce Wolpe is a senior fellow at the United States Studies Centre at the University of Sydney.