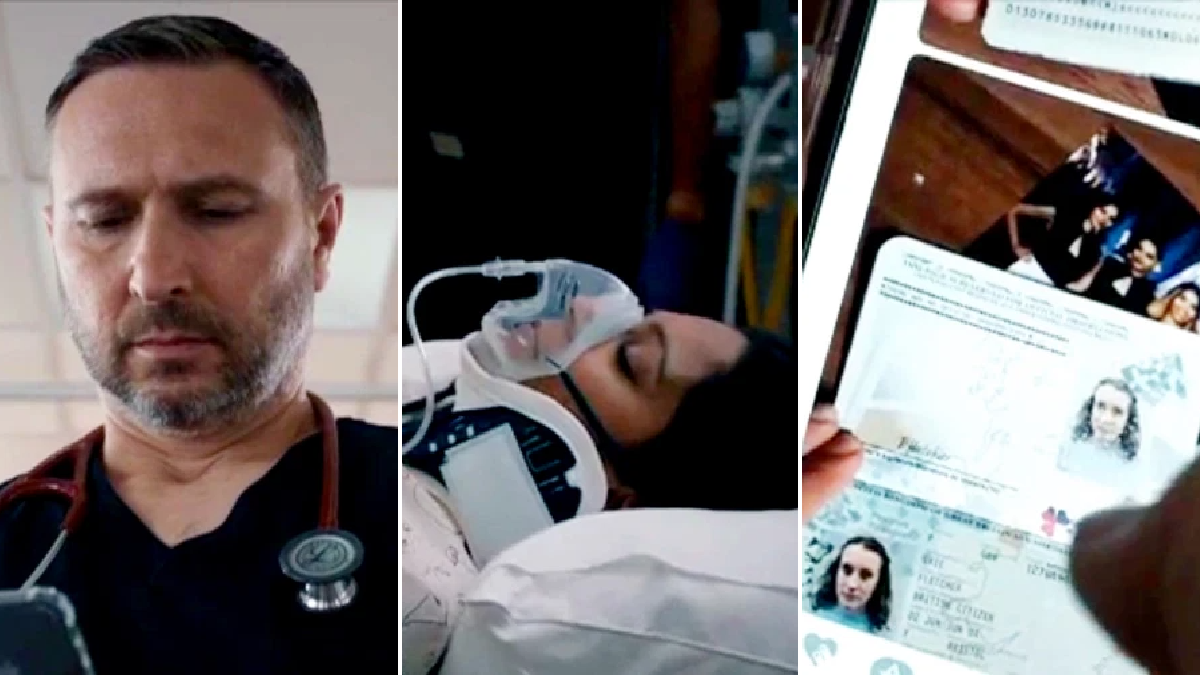 Cameron Dunn’s (Nic Jackman) life came to an end in tonight’s intense episode of Holby City after his bomb exploded in the hospital, but is Lucky Simpson’s (Vineeta Rishi) life about to come to an end too, following Jeni’s (Debra Stephenson) attack?

The mental health nurse has been suspicious of Jeni for months now, convinced the Director of Funding is actually hiding a very dark secret.

Over the past few weeks, Lucky has gathered evidence to try and work out who Jeni Sinclair really is, and it was last week’s episode that saw a huge turning point in the storyline.

After figuring out Jeni had some sort of connection to the name ‘Mandy’, Lucky spoke to Evie (Phoebe French), Fletch’s (Alex Walkinshaw) troubled daughter who is being manipulated by Jeni into having sex with older men at dodgy parties.

Terrified Evie wasn’t able to tell Lucky the whole truth about her ordeal, but told the quick-thinking nurse that she’d find information if she looked in Jeni’s desk drawer.

To Lucky’s horror, she found Evie and Mia’s passports and photos of other young girls.

She took pictures, but was confronted by Jeni and before Lucky could expose the truth, she was hit over the head by the evil character.

As the initial chaos slowed down, Lucky was wheeled into Keller Ward after being found in Jeni’s office.

As Lucky’s treatment continued, Kylie (Amy Murphy) handed Fletch his missing phone, and was horrified to find texts from Lucky with the same passport pictures from Jeni’s office.

Concern is certainly growing for Fletch, but can he figure out what his daughter is going through if Lucky doesn’t pull through?

Or will Jeni manipulate her way out of this situation, just as she did with Lucky?

If Lucky dies, how much longer can Jeni get away with her horrific crimes?