Jennifer Aniston says her sexy ‘Friends’ outfits were all about comfort

Jennifer Aniston is ‘no longer afraid’ of the bread basket

TikTok user Lisa Tranel, aka @she_plusthree, has “Friends” fans doing a double-take after going viral for her Rachel Green impression, leaving followers in awe of her resemblance to actress Jennifer Aniston.

Within the viral clip, Tranel mouths lines from Green stemming from 1997 episode, “The One Where Chandler Can’t Remember Which Sister.”

“I want to quit, but then I think I should stick it out. Then, I think why would such a person stay in such a demeaning job just because it’s remotely related to the field they are interested in,” she recited in the clip.

Look-a-like Tranel, who’s written “not Jennifer Aniston” in her TikTok bio, received praise for the impression and her uncanny resemblance to the Emmy-winner.

“You look more like Rachel than Rachel does,” added another impressed fan. One even jokingly deemed Tranel “Annifer Jenniston.” 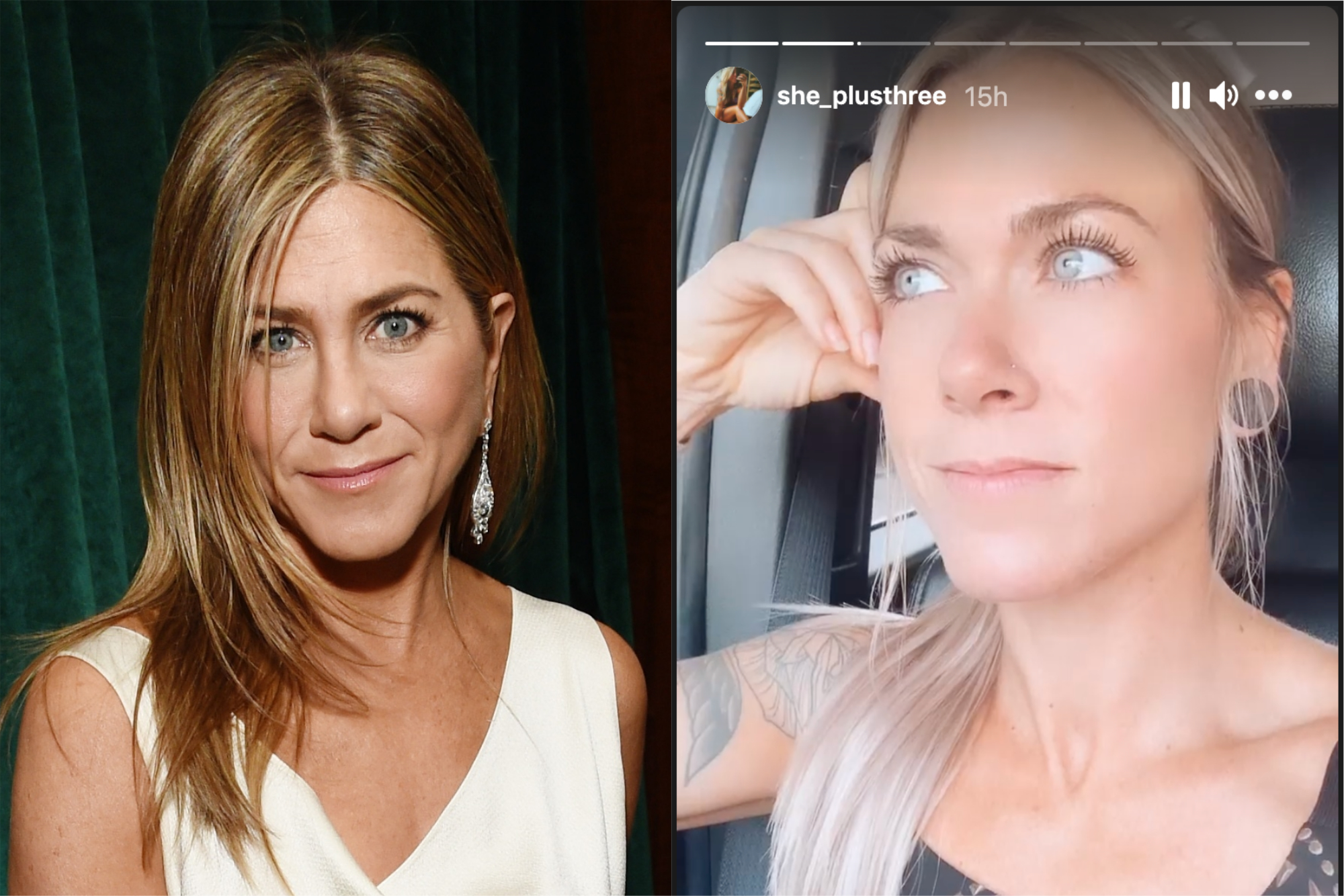 While Aniston has yet to react to her look-a-like going viral, Tranel took to Instagram to share her surprise over her newly-found fame.

“So, the last few days have been pretty crazy,” she began. “I had a TikTok video that went viral because apparently because everyone thinks I look like Jennifer Aniston. It all kind of started as a joke and it kind of blew up.”

“For the record, I don’t really think I look like Jennifer Aniston and my family doesn’t either,” she admitted with a laugh.