Cy’s mom! Jennifer Lawrence got candid about motherhood for the first time since welcoming her baby boy with husband Cooke Maroney earlier this year, revealing his name in her Vogue cover story.

“It’s so scary to talk about motherhood. Only because it’s so different for everybody,” the 32-year-old Causeway star told the magazine in the story published on Tuesday, September 6, noting that the couple picked the name after one of Maroney’s favorite artists — Cy Twombly.

The Oscar winner continued: “If I say, It was amazing from the start, some people will think, ‘It wasn’t amazing for me at first, and feel bad.’ Fortunately, I have so many girlfriends who were honest. Who were like, ‘It’s scary. You might not connect right away. You might not fall in love right away.’ So I felt so prepared to be forgiving. I remember walking with one of my best friends at, like, nine months, and being like, ‘Everyone keeps saying that I will love my baby more than my cat. But that’s not true. Maybe I’ll love him as much as my cat?’”

Most Interesting Celebrity Baby Names Over the Years

Lawrence told the reporter, however, that she didn’t struggle with finding love for Cy. 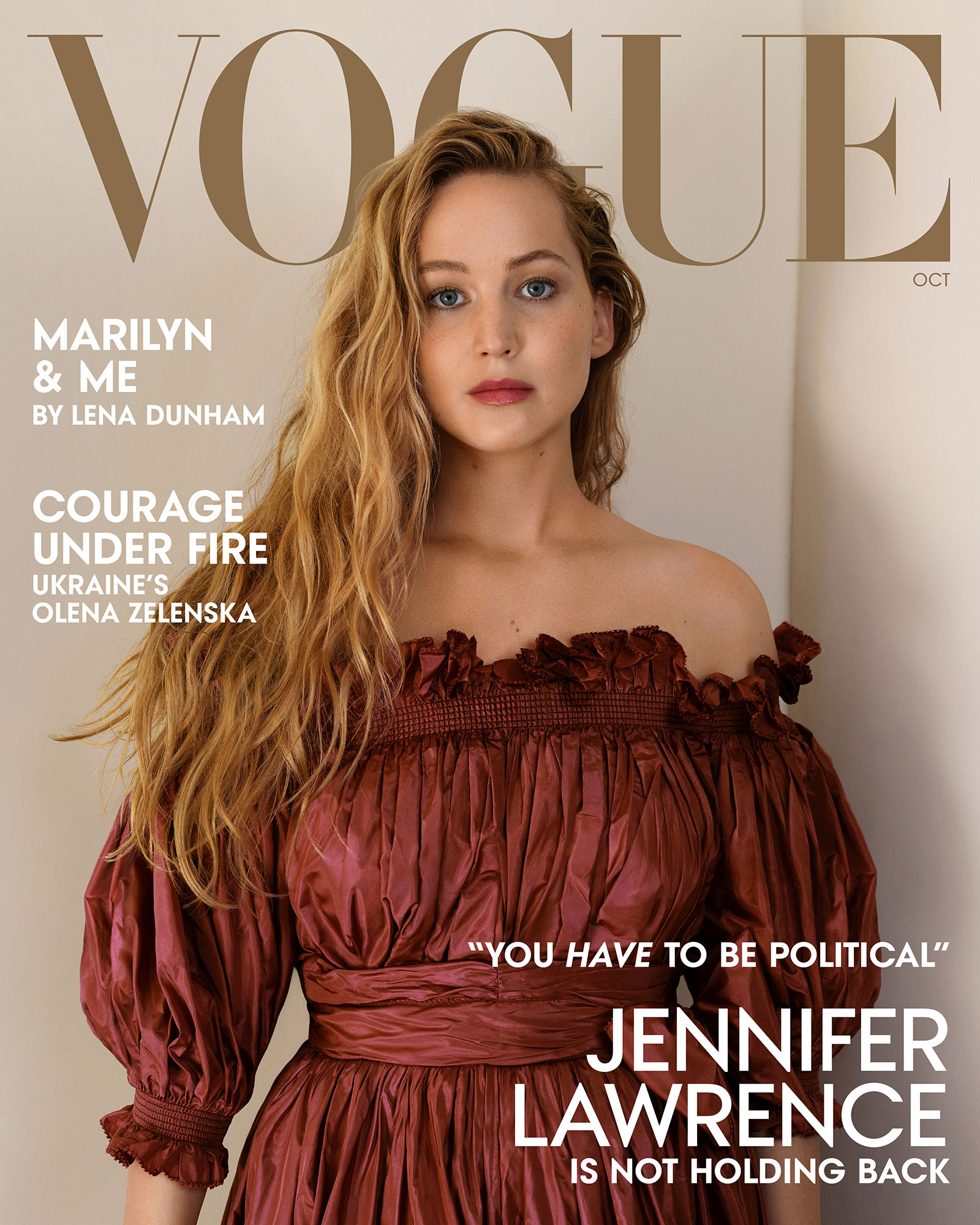 “The morning after I gave birth, I felt like my whole life had started over,” she explained. “Like, ‘Now is day one of my life.’ I just stared. I was just so in love. I also fell in love with all babies everywhere. Newborns are just so amazing. They’re these pink, swollen, fragile little survivors. Now I love all babies. Now I hear a baby crying in a restaurant and I’m like, ‘Awwww, preciousssss.’”

The Hunger Games alum added that motherhood impacts her job. 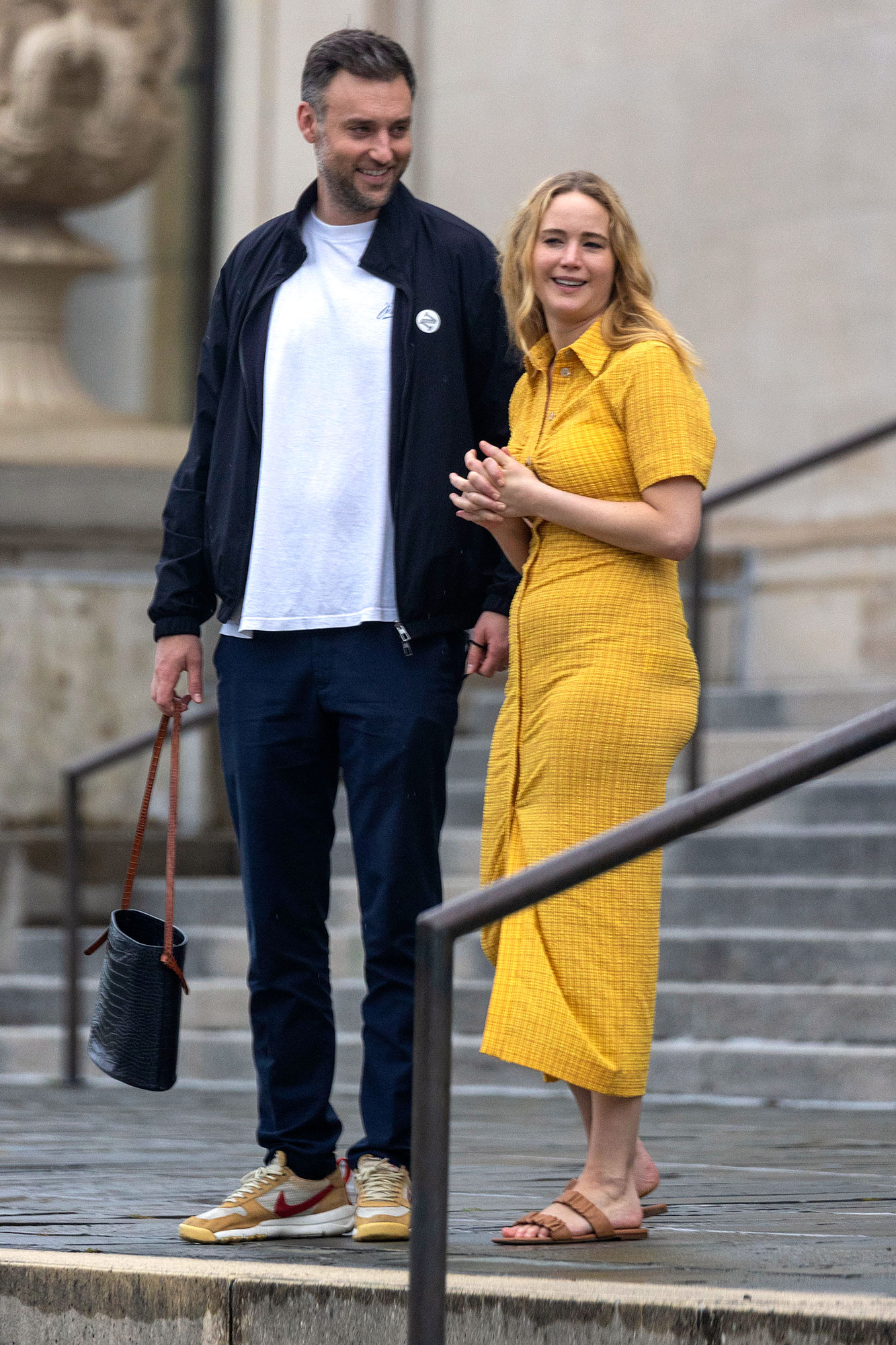 “So many of my films in the past have been about my mother, my childhood. I wonder what will happen now that I’ll be witnessing somebody else’s childhood,” she said. “And I wonder what he’s going to be talking about with his therapist. ‘She wouldn’t put me down. She kisses me on the mouth. She asked me not to go to college.’”

During the candid chat, Lawrence revealed that she was previously pregnant in her early 20s and planned to have an abortion before she “had a miscarriage alone in Montreal.” During the filming of Don’t Look Up, she had another miscarriage and required a D&C to remove tissue from her uterus.

“I remember a million times thinking about it while I was pregnant,” she said, opening up about the Supreme Court overturning Roe v. Wade earlier this year. “Thinking about the things that were happening to my body. And I had a great pregnancy. I had a very fortunate pregnancy. But every single second of my life was different. And it would occur to me sometimes: ‘What if I was forced to do this?’”

‘The Hunger Games’ Cast: Where Are They Now?

The actress noted that her son started smiling a few months ago and is now “on the precipice of laughing,” gushing: “I mean the euphoria of Cy is just— Jesus, it’s impossible. I always tell him, ‘I love you so much it’s impossible.’”

Us confirmed in June 2018 that Lawrence was dating Maroney, with her rep announcing in February 2019 that the pair were engaged. The couple tied the knot that October.

Lizzo Wants To Date A Hemsworth — But No, Not The One You Think