Home » Lifestyle » JOHN HUMPHRYS: It's a punch in the kidneys for Boris

JOHN HUMPHRYS: This isn’t just a slap on the wrist for Boris – it’s a punch in the kidneys

The location could not have been more bizarre. Walt Disney World in Florida.

Outside the theatre Mickey Mouse and Donald Duck were performing their familiar routines before the giggling crowds of holidaymakers.

Inside, onstage the most powerful man on the planet: the President of the United States Richard Nixon.

His audience: a bunch of political journalists, including me, who thought we’d seen it all. 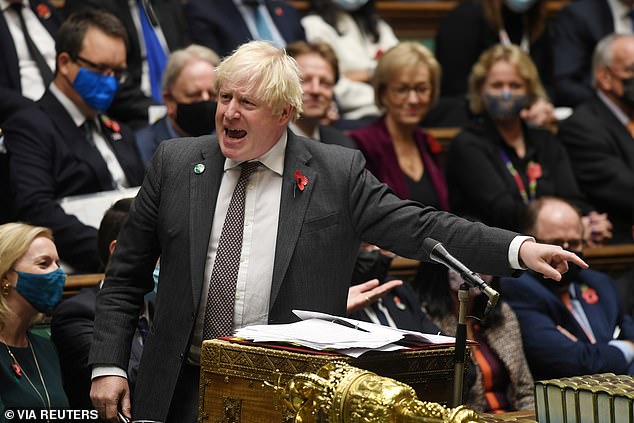 Boris Johnson speaking during Prime Minister’s Questions on November 3. Now, Johnson has invited us to believe that this country might be corrupt

We were about to learn we hadn’t.

It was November 17, 1973, and Nixon was being questioned about his role in the Watergate scandal.

He offered the usual well-rehearsed replies to his questioners — but then went dramatically off-script.

‘People have got to know,’ he said, ‘whether or not their President is a crook. Well, I’m not a crook’.

There was, for a moment, a stunned silence.

Ten months later, I stood on the lawn of the White House watching him board the presidential helicopter that would fly him to political oblivion.

Like many others who reported on Watergate from start to finish, I have no doubt that he had sealed his fate in those few unguarded seconds in that Disney theatre.

I recalled it a few days ago when we heard Boris Johnson tell journalists in Glasgow, ‘the United Kingdom is not remotely a corrupt country’.

Just like Nixon, Johnson was answering a question that had not been asked.

Just like Nixon, he must have felt he had to because political sleaze is back in the headlines — indeed, it has become the undercurrent to the national conversation.

And just like Nixon, an awful lot of people are blaming him for it.

Nixon had disastrously invited the American people to believe that he might be a crook. 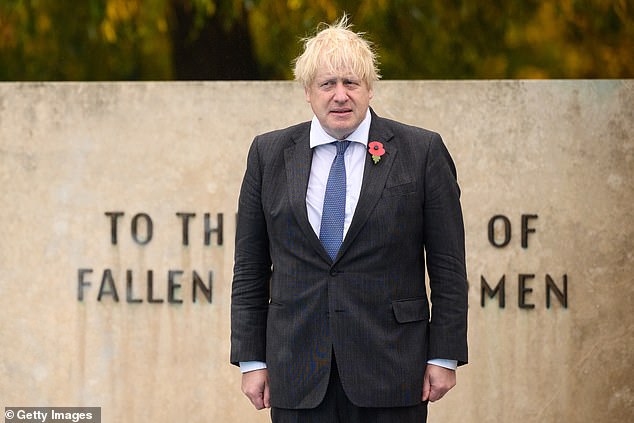 Now, Johnson has invited us to believe that this country might be corrupt.

A country of which he happens to be Prime Minister. Does he protest too much? Well no, not if you believe the statistics.

There are indexes that measure these things. The most recent Corruption Perceptions Index has Denmark and New Zealand as the least corrupt countries in the world.

We come in at a respectable 11th.

The French, our close allies and neighbours (when we’re not threatening to go to war with each other) are 23rd.

Within living memory two French presidents and one prime minister have been convicted of offences that come under the broad heading of corruption. The two former presidents have been given jail sentences.

Leading British politicians aren’t even in the same league.

So, on the face of it, Mr Johnson is perfectly entitled to claim that Britain is not ‘remotely’ corrupt.

And there’s a reason for that — but it’s not necessarily that our politicians are uniquely virtuous.

Over the centuries we have kept a very beady eye on the powerful who might be tempted to use public office to line their own pockets. 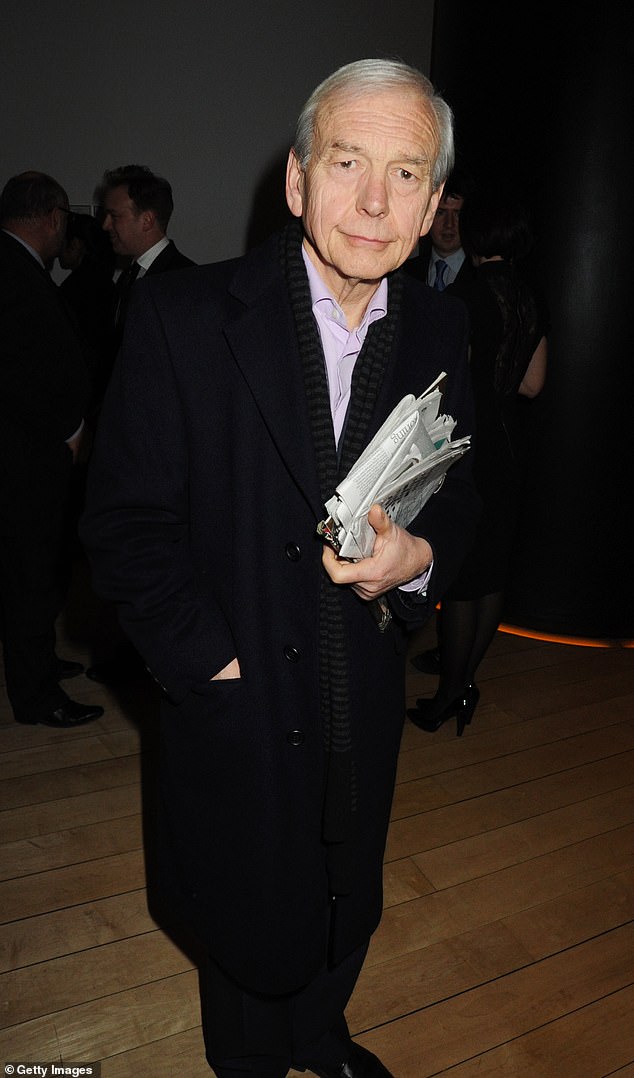 John Humphrys: Within living memory two French presidents and one prime minister have been convicted of offences that come under the broad heading of corruption. The two former presidents have been given jail sentences. Leading British politicians aren’t even in the same league

We have built up a system of impartial scrutiny. We have an independent judiciary. We have specific regulatory bodies that lay down the rules and police them rigorously.

And, of course, we have the fourth estate.

The great Thomas Jefferson put it perfectly when he said if he had to choose between living in a country without government or one without newspapers he’d opt for the former.

‘Our liberty,’ he said, ‘depends on the freedom of the Press and that cannot be limited without being lost.’

He was right and the Press in this country have been doing exactly what they are meant to do.

What this newspaper and others have been uncovering over the past weeks proves how badly we need adequate scrutiny.

Jonathan (now Lord) Evans knows a thing or two about scrutiny. He ran MI5 for six years and now chairs the Committee on Standards in Public Life. And he’s a worried man.

He told Radio 4’s Today programme this week ‘we could slip into being a corrupt country’.

At the top of his worry list is the way the Prime Minister dealt with the former cabinet minister Owen Paterson.

The Parliamentary Commissioner for Standards found Paterson had committed ‘serious breaches’ of the rules by lobbying for companies in return for hefty payments. They said he should be suspended from parliament for a month.

That was bad enough. Johnson’s extraordinary response made it infinitely worse. He ordered his MPs to save his old friend’s bacon by voting to change the rules.

The response was instant and damning. Johnson was forced into one of the most humiliating U-turns in parliamentary history.

He had managed to turn an embarrassment into a full-blown crisis.

And it didn’t end there. The dam of public outrage had burst. It wasn’t just Johnson’s appalling political judgment being called into question. It was his whole career — both as journalist and politician.

A career characterised by his cavalier attitude to the truth and his careless disregard for accepted standards of decent behaviour.

One newspaper ran a column likening him to a dodgy character walking down the street checking car door handles just in case one was unlocked.

And this was not the lefty Guardian but the august Financial Times.

When the court of the people delivered its verdict it was damning.

For the first time in a year opinion polls have been showing Labour in the lead. Polling for this newspaper a week ago had given the Tories a lead of three points. Yesterday it gave Labour a lead of five.

A nine-point collapse in a week is not just a slap on the wrist for Johnson from voters: it’s a punch in the kidneys. 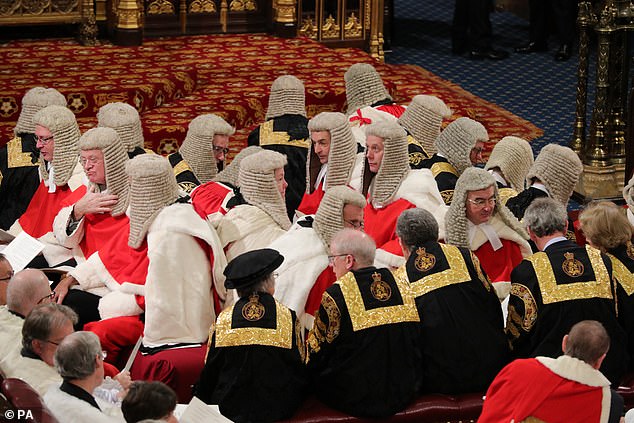 Members of the House of Lords take their seats in the chamber for the State Opening of Parliament by Queen Elizabeth II,

So what? If he’s proved anything in his political career it’s that he can charm his way out of trouble.

He makes us laugh. He makes us feel good about ourselves. He ruffles his unruly hair, gives us that rueful smile that says: ‘I know I’m a bit of a naughty boy sometimes, but you know you can trust me when it comes to the big things that really matter.

And anyway, aren’t I making a great job of Brexit? Didn’t I steer us through the worst pandemic we’ve ever experienced? Aren’t I “levelling up” the nation so the very poorest will benefit?’

And there’s something else that he might also be thinking: I’ve got a stonking majority in parliament. I can do what I like.

But that is no longer true. Even in parliament he is now skating on very thin ice. He would not have that stonking majority had it not been for the so-called ‘red wall’ seats.

In 2019 he managed to persuade northern voters, many of whom had faithfully voted Labour for generations, that they’d be better off under the Tories because he would cut their taxes.

The promise was repeated relentlessly, day in and day out: ‘We’re lowering your taxes so that you can keep more of what you earn.’

Two years on from that campaign, the polls now tell us people associate the Tories with high taxes.

As Andrew Pierce brilliantly illustrated in these pages yesterday, there is a deep divide between the old guard in parliament, described by one Tory as the ‘toffs’, and the newcomers.

He called them the ‘oiks’. If that’s true, they are oiks with a conscience. They don’t like the ‘toffs’ spending their time lining their pockets outside parliament when they should be serving their constituents.

They don’t like ministers signing off contracts during a pandemic with companies that have more friends in high places than technical competence.

More than a hundred of them refused to vote for their leader’s preposterous motion last week even though they were ordered to support it.

As one of them, Mark Fletcher, put it: ‘I know the difference between right and wrong.’

And they take note when even the Chancellor Rishi Sunak delivers a blatant rebuke to his leader. No one doubted who his target was when he said ‘we need to do better and we know that’.

But I wonder if Boris Johnson really does ‘know that’.

We’re all familiar with the old saying that the fish rots from the head.

Obviously it’s not biologically true. The rot starts in the gut. But in politics? If I were a Tory MP I think I’d be worried.