Country music star John Rich recounts, with a clear and engaging voice, the story of a gift his father gave him one Christmas — a gift he never expected and that altered the course of his life.

His story will stay with readers well beyond Christmas as we gather with family and friends over these next few weeks to celebrate the holiday season.

Check out this excerpt from Rich’s much longer contribution to the best-selling new book All American Christmas by Rachel Campos-Duffy and Sean Duffy.

Rich is among the many contributors who share stories, recipes, playlists, and more in the book. Other contributors include Jesse Watters, Dana Perino, Maria Bartiromo, Brit Hume, Lawrence Jones, Charles Payne, Steve Doocy, and Pete Hegseth.

John Rich in All American Christmas: One Christmas, with a single gift, my dad pretty much changed the direction of my life.

I grew up in Amarillo, which is up in the panhandle of Texas. It’s flat as a board, and the wind blows forty miles an hour on a calm day. We got horrific tornadoes on account of it being located in Tornado Alley. My Granny Rich is from about ninety minutes east of there in Pampa, Texas.

So I’ve got a lot of deep roots out in Texas. 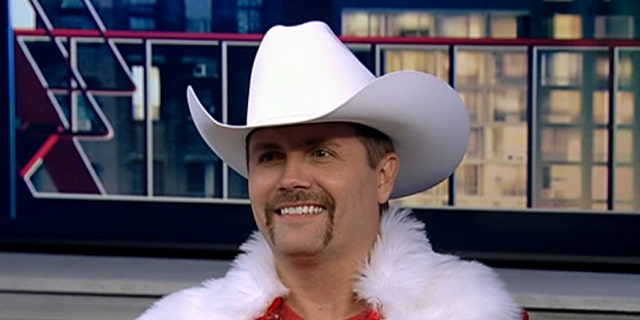 John Rich brings Christmas cheer during an appearance on Greg Gutfeld’s show. Rich’s personal remembrances appear in ‘All American Christmas,’ along with the memories, traditions, recipes, playlists, and more from plenty of other folks, too.
(Courtesy Fox News)

My dad started preaching at nineteen years old, but he was not the kind of preacher that preached in the big churches. He was more of a prison ministry preacher. He did a lot of revivals, he still does, and did so all through his youth.

He would go to events like Mardi Gras and stand on the corner with a guitar around his neck singing gospel music and preaching to people as they walked by. That was his calling in life …

He had a lot of success. He got a lot of people to consider eternity, people who wouldn’t ever have walked into a church building. They got to hear the truth coming from my dad.

Well, he was involved in a great mission, but it didn’t pay well. So to support himself at first, and later his family, my dad did every kind of job you can imagine.

[See John Rich’s sweet tribute to his grandfather below, by the way!]

I watched my dad slop hogs in a hog barn down the road from where we lived. He sold cars. He gave guitar lessons. He was the night watchman at Amarillo National Bank. There were times when he would work more than a hundred hours a week to provide for us all. He did an amazing job of that, and he set a great example for us.

He had his calling; he had his day job; he made it all work so that we never wanted for anything.

When I was about five or six years old, he said, “Hey, you want to go with me to watch me teach guitar lessons?”

At one point [my dad] handed me a little plastic guitar. I think he just wanted me to have something in my hands so I wouldn’t feel out of place.

I said, “Sure.” What kid doesn’t want to tag along with his dad?

So we headed out to the music store in Amarillo where he taught. I took a seat behind him. I watched as he instructed fifteen-to-twenty-five-year-old people how to play guitar. There were about ten or twelve of them in the class. At one point he handed me a little plastic guitar. I think he just wanted me to have something in my hands so I wouldn’t feel out of place.

I took that guitar and I got started learning. And by the time I was six going on seven, he invited me to sit behind him in the pulpit to play guitar. Him honoring me that way was something special.

Over time he must have started to recognize, “Wow, my son’s pretty good at this, he needs a better guitar than that.” I didn’t know he was thinking that. 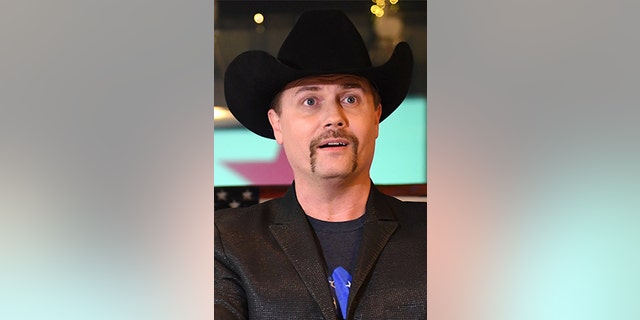 John Rich is shown here on Jan. 5, 2019, in Nashville, Tennessee. His dad’s honoring him in a very special way one Christmas when he was a little kid has left an impact.

But as we rolled around to Christmas, I went to open up what we called our big Christmas present.

It was a big box and I sat there thinking about what it could be.

I couldn’t figure it out.

I opened this box up and what I saw was the guitar I’d been watching my dad play since the beginning of my life. It was the guitar he always played … I was only seven, and I was looking at that guitar and then at him.

At first I wondered, Why would he give me the thing that he so clearly loved and used? I didn’t understand.

[Then my dad] said, “You’re as good as I am right now on this instrument. You need a real guitar, and with it, you’re going to be better than I am. I have no doubt you will be better than me. So I want you to have it and use it.” 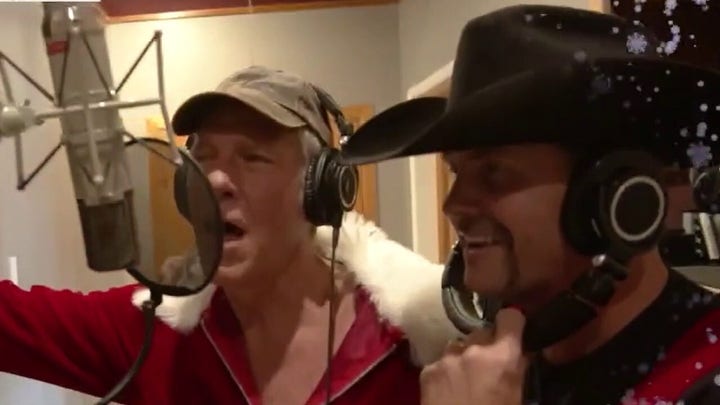 His guitar was a very fine piece of craftsmanship, the kind that someone could play for twenty years.

As children we don’t really think about the gravity of a gesture like that. Back then I just thought, “Okay, I guess I now own my dad’s guitar. That’s cool.”

But as I got older, I thought about that gift that he gave me that Christmas.

Even though he couldn’t afford to give it to me, he had something to give that was bigger than anything money could buy. He taught me about sacrifice, about putting someone else’s interests ahead of your own, about putting your faith in something that you can’t see yet but you know is going to come down the line.

And I’ll tell you what. That guitar was and is something. I still have it.

That’s the guitar I auditioned on for bands. I played it at talent contests when I was in high school. All that ultimately led to me getting noticed by the music industry and then having a music career.

It all started with my dad handing that off to me.

Excerpted from All American Christmas by Rachel Campos-Duffy and Sean Duffy. To purchase a copy, click here.

Who is Shona McGarty? EastEnders’ star’s life away from her soap character Whitney Dean