Kim Kardashian and Kanye West are not back together, despite ‘SNL’

Kanye West has a new haircut to go with his new name.

The rapper — who now legally goes by “Ye” — puzzled fans on Monday when he shared an Instagram photo debuting a partially shaved hairstyle.

He faced away from the camera to show off the distinctive ‘do, donning a silver chain with his son Saint’s name spelled out in Gothic lettering.

Followers had mixed reactions to the 44-year-old “Hurricane” rapper’s patchy look, with some suspecting his children were to blame.

“Kanye let his kids cut his hair again,” one commented on Instagram, while another tweeted, “Yeezy gave North the clippers.”

Others wondered if a trained professional had messed up his mane. “Bro you beefing with your barber?” one asked. “Which barber needa be sued?” another quipped.

Hair loss joked poured in too, with one person joking, “Alright I’m getting you Bosley for men on Christmas Day don’t worry.”

Still more people searched the shaved style for hidden meaning — with one even tracing West’s new name on his head — or pointed out that the rapper might just be starting another trend.

“Everybody going to get this trim now,” one predicted, while another added, “Watch people start cutting their hair like this now…” 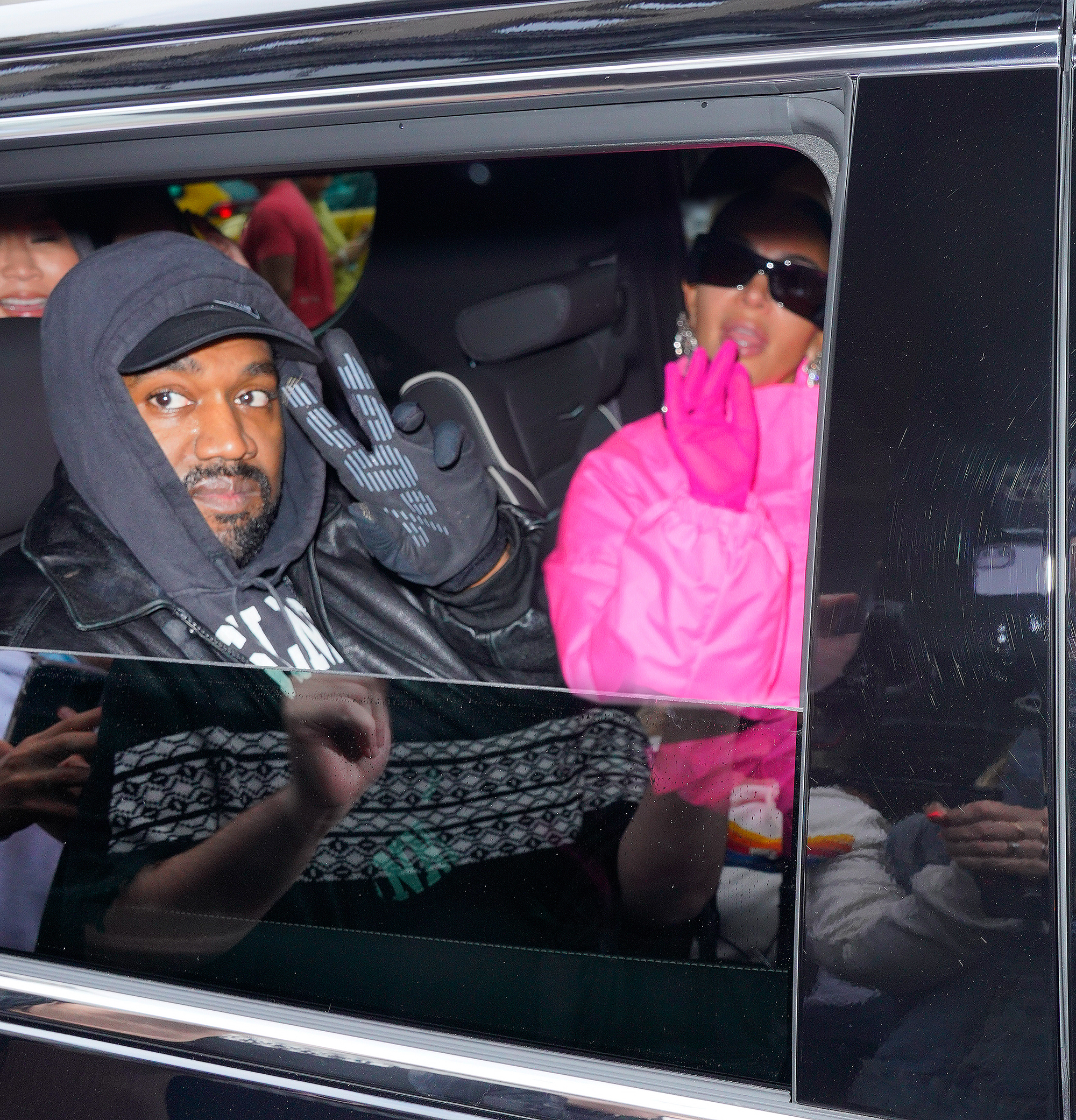 It’s not the only head-turning look the face mask maven has debuted this week, as he’s also traded his trademark cloth coverings for prosthetic masks on multiple occasions.

He appeared to cosplay a Caucasian woman for a cab ride out of JFK airport on Monday, shortly after sporting a similar pale blue design in Venice, Italy on Sunday.

Perhaps the Yeezy founder was simply keeping his new haircut under wraps … although his $90 Yeezy x Gap “perfect hoodie” could probably do the job, too.

Amazon shoppers are snapping up this £34 stylish indoor space heater