King Mohammed VI of Morocco’s niece tied the knot in an intimate Valentine’s Day ceremony, which was only attended by close family due to Covid-19 restrictions.

The Ministry of the Royal House, Protocol and Chancellery announced on February 14 that Lalla Nouhaila, 28, the daughter of Princess Lalla Asma, had married Ali El Hajji.

King Mohammed VI, who is the brother of Princess Lalla Asma, was said to have given his blessing to the happy couple, Hello! magazine reported. 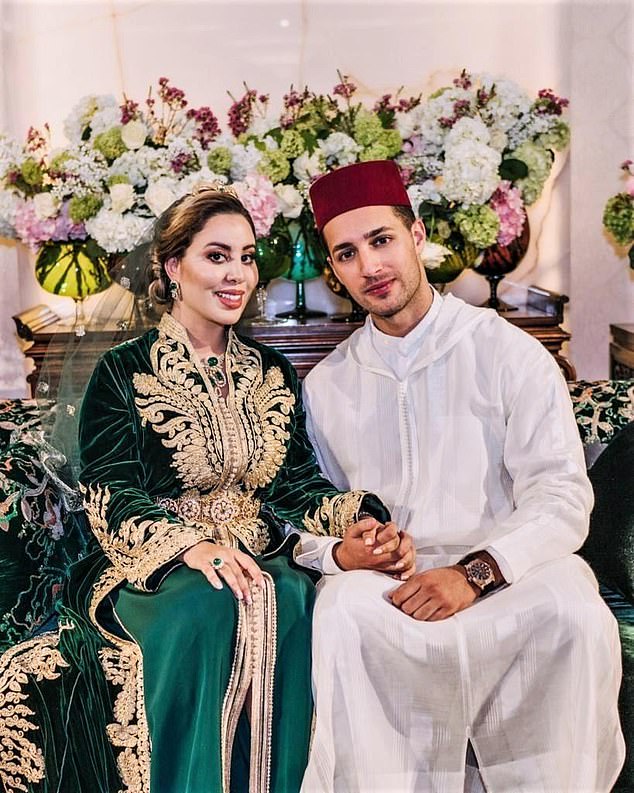 The surprise Valentine’s Day wedding is said to have taken place in an intimate and family setting due to strict Covid-19 restrictions.

The bride also donned an elegant tiara, which held her veil in place, and an array of statement emerald and gold jewellery to match her wedding attire. Her groom wore a white Moroccan traditional djellaba.

Morocco is currently under a state of emergency regulations which prohibit large wedding parties or mass gatherings in a bid to curb the spread of coronavirus.

Lalla Nouhaila does not bear the title of Princess or Royal Highness, but she does have the honorary title of Lalla Cherifa.

Her mother, Princess Lalla Asma, 55, is the second daughter of Hassan II of Morocco and Lalla Latifa, and the sister of the King of Morocco Mohammed VI. 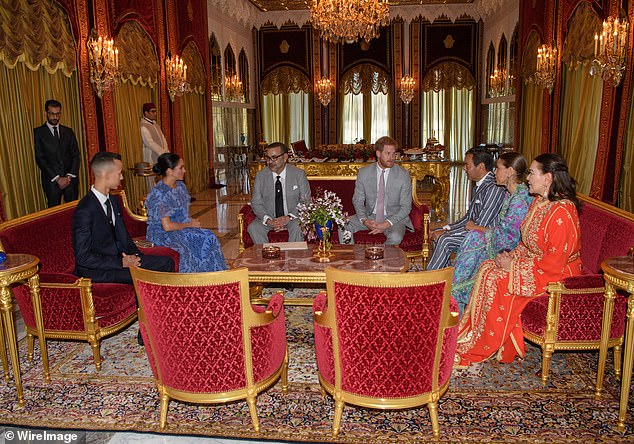 The Duke and Duchess of Sussex met King Mohammed VI and his family during their first trip to Morocco in 2019 (pictured), when Meghan was pregnant with her son Archie

Mohammed VI, 57, belongs to the Alaouite dynasty and ascended the throne on July 23, 1999, following the death of his father King Hassan II.

The King of Morocco’s eldest child and the Crown Prince of Morocco Moulay Hassan, 17, is next in line to the throne and is expected to reign as Hassan III.

Their wedding wasn’t the only big royal news on Valentine’s Day, as Prince Harry and Meghan Markle also revealed on February 14 that they are expecting their second child.

The couple, who are currently residing in California, are preparing to welcome a brother or sister for their son Archie, who will be two in May later this year. 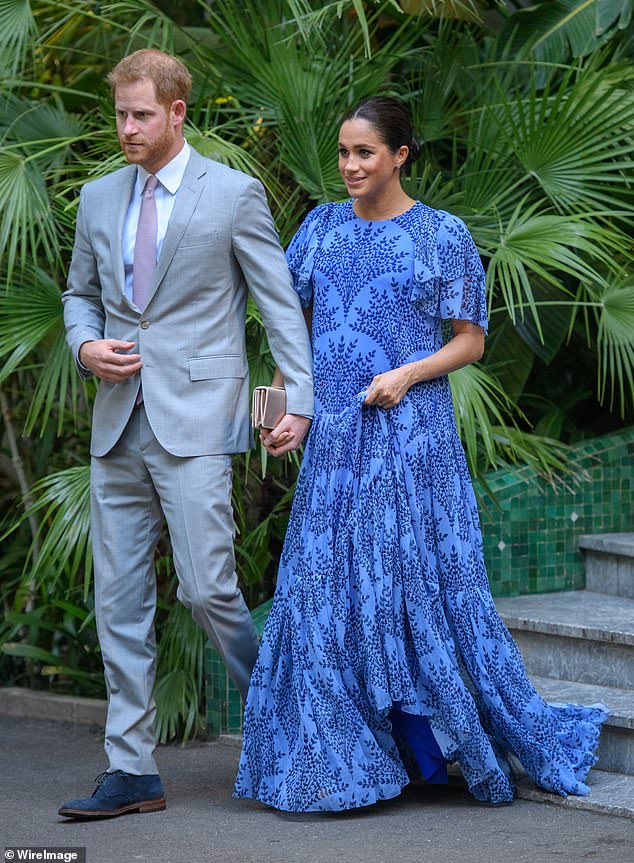 On Valentine’s Day, Prince Harry and Meghan Markle also announced that they are expecting  second child (both pictured while Meghan was pregnant with Archie during Morocco trip)

A spokesperson for Meghan and Harry said: ‘We can confirm that Archie is going to be a big brother. The Duke and Duchess of Sussex are overjoyed to be expecting their second child.’

Their announcement came on the 37th anniversary of Harry’s mother, Princess Diana, revealing she was pregnant with him on Valentine’s Day in 1984.

The Duke and Duchess of Sussex met King Mohammed VI and his family during their first trip to Morocco in 2019, when Meghan was pregnant with her son Archie.

Princess Lalla Salma, the wife of the King of Morocco, was also among the royal guests who attended the Duke and Duchess of Cambridge’s wedding back in April 2011.

Wait, What's Going on with the Grammys?