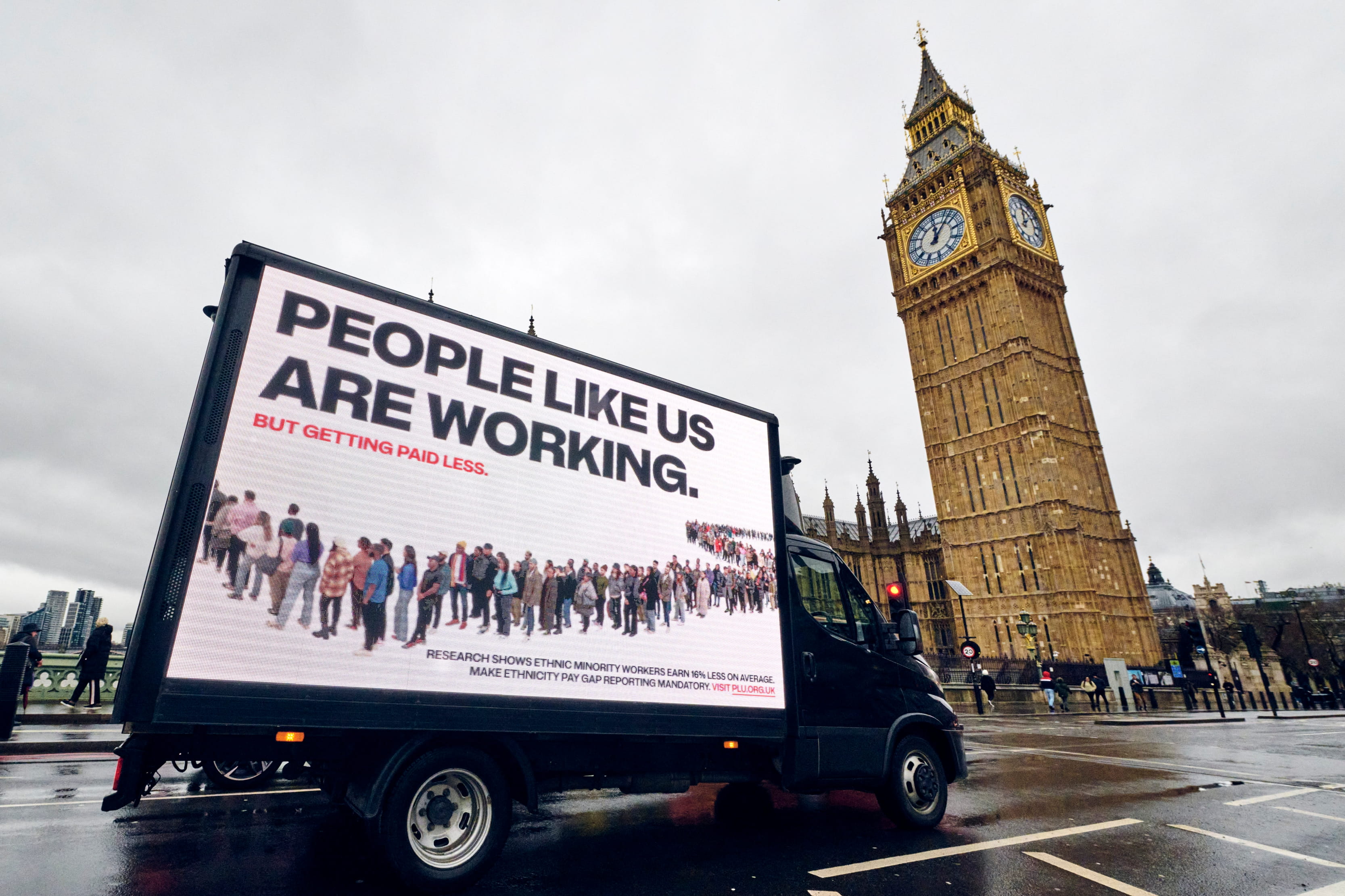 Most people remember The Conservatives’ ‘Labour Isn’t Working’ campaign – now it’s been used as a framework to highlight issues with lower pay for ethnic minority workers.

Rebranding the strap line: ‘People like us are working – but getting paid less’, and showcasing workers underneath from a range of ethnic backgrounds, the poster is designed to ‘raise the alarm’ on pay inequality in the UK.

Research shows workers from ethnic backgrounds are paid as much as 16% less – and highlights there’s currently no plan, or compulsory proactive effort, from the government to close this.

People Like Us, a not-for-profit, created the poster after finding low levels of businesses report their disparities under the Inclusive Britain report of 2022 – which makes sharing this information voluntary.

There have been joint calls to change this from organisations including the Equality and Human Rights Commission, The Trade Union Congress and the Confederation of British Industry.

People Like Us found in a study that two thirds of racially diverse working professionals said they have had reason to believe that a white colleague doing the same job as them was on a higher salary.

A quarter said they suspected the disparity in pay was up to £5,000 per year.

Another quarter revealed they quit jobs due to this issue, and looked for work in a new industry.

Mentally, instances of depression and anxiety were found to be high among the community – due to the ethnicity gap.

Sheeraz Gulsher, co-founder of People Like Us, says: ‘Imagine if the government announced a flat, 16% monthly tax on your entire earnings next week.

‘That is the reality today for Black, Asian, Mixed Race and minority ethnic employees in the UK.

‘If your skin isn’t white, you can work the same amount and get paid 16% less. It’s a tax on the colour of your skin.

‘The most frustrating part is that this isn’t a problem without a solution; since Gender Pay Gap reporting was introduced in 2017, the gender pay gap has decreased – it’s still there, but it’s gradually moving in the right direction as businesses put more action behind equality.

‘We want the same principles to be applied to workers from an ethnic minority background.’

This comes at a time when ethnic minority workers are having to dip into their savings 1.3 times faster than white colleagues, amid the cost of living crisis.

A complete timeline of Florence Pugh and Zach Braffs relationship