A dispute between the Morrison government and some Melbourne councils over commuter car parks promised before the last federal election has escalated, with a second council being threatened over future funding and federal MP Tim Wilson accused of being “less than accurate”.

The Age has been told Federal Minister for Urban Infrastructure Paul Fletcher has written a letter to Bayside Council, the same as one he sent to Glen Eira council in September, which warned that cancelling proposed car parks could affect the success of future applications for Commonwealth funding. 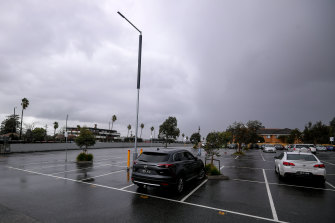 The car park at Bentleigh train station in the City of Glen Eira which is a source of dispute between the Morrison government and the local council. Credit:Eddie Jim

In the letter, he urged the councils to consider their ability to deliver on infrastructure priorities.

“I trust council will consider this issue before taking any decision to cancel these two commuter car parks,” Mr Fletcher wrote in the Glen Eira letter. “Such a decision could well have the long-term consequence of reducing the chance of future applications for Commonwealth funding for the City of Glen Eira being successful.”

Both Bayside and Glen Eira councils are in Mr Wilson’s electorate of Goldstein, which is set to be hotly contested in the next federal election.

The government’s $660 million funding of commuter car parks was the subject of a scathing report by the Auditor-General, which found the scheme was targeted at marginal seats rather than those in need.

In a letter to The Age published last week, Mr Wilson accused City of Glen Eira Mayor Jim Magee of making false statements when he said the council did not apply to the federal government for funding a car park.

Mr Wilson pointed to a submission by the council in an email about car parking to his office on October 1, 2018.

However, Cr Magee said this week it was a “bit strange” that Mr Wilson made claims in his letter, which were “less than accurate”. 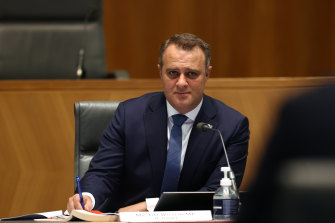 “I’ve been very consistent in saying we didn’t ask for that original money. It just turned up and officers didn’t know anything about it,” Cr Magee said. “Tim is playing the time frame a little obscure, [it’s] smoke and mirrors-type of stuff.”

Ms McKenzie said the council heard nothing further until the government issued a press release on February 7, 2019, announcing $4 million towards increasing commuter car parking in Bentleigh.

The Glen Eira council is in the process of reporting back on community consultation about building commuter car parks in Bentleigh and Elsternwick worth $20 million after it commissioned independent research that found the car parks would increase congestion. 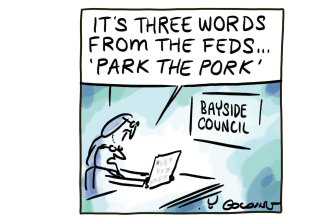 The Bayside council will consider the Hampton car park at its December 21 meeting. The council is split over whether it should accept the government’s $4 million for a four-storey car park near Hampton station, as it would be forced to give up land worth an estimated $13 million.

Mr Wilson declined to comment on Glen Eira council’s claims that his allegations were not accurate.

“I’m proud to have worked with council to deliver the largest infrastructure grant to Glen Eira in its history,” he said. “They planned it, they submitted their plan, we funded it and I look forward to council delivering it. 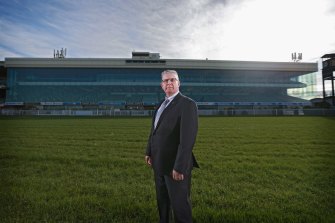 “I was at [Sandringham] station and I heard from residents their continued frustration that there isn’t enough commuter car parking and I look forward to Bayside delivering on their submitted proposal.”

Fascinating answers to perplexing questions delivered to your inbox every week. Sign up to get our new Explainer newsletter here.