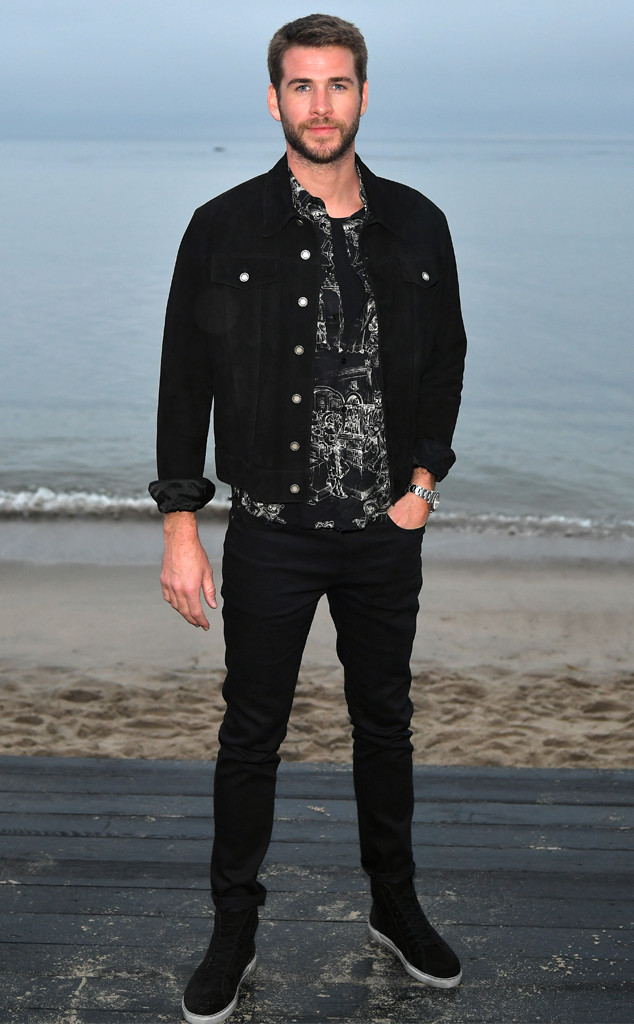 On Sunday, Liam Hemsworth was called out for posting an unsuspecting thirst trap on Instagram by none other than his Isn’t It Romantic co-star Adam DeVine.

The Hunger Games alum shared an adorable picture of himself and his dog Dora to the ‘Gram, professing his love for his beloved canine. “@hemsworthluke captured this moment of me and my best friend Dora. Good god I love this dog,” he captioned the sweet pic, giving his older brother Luke Hemsworth photo cred. The innocent post caught the attention of Adam, who left Liam the best comment, writing, “Thirst TRAP.”

Much to our surprise, the Aussie didn’t know what a thirst trap was! He responded to his co-star, writing, “@andybovine I just googled thirst trap. 100% true ;).”

Last week, the star shared another selfie with his pup during their trip to the beach. He captioned the photo, “Luck dragon.”

Dora has been Liam’s pal for quite some time now. Back in 2015, Liam adopted Dora from Los Angeles’ Wylder’s Holistic Pet Center and Rescue with his ex Miley Cyrus. The then-couple took to social media after adopting the labradoodle to welcome her into their growing family of pets.

@hemsworthluke captured this moment of me and my best friend Dora. Good god I love this dog.

@hemsworthluke captured this moment of me and my best friend Dora. Good god I love this dog.

According to Liam’s “thirst traps,” it appears that Dora has been spending more time with him these days in the wake of his and Miley’s split.

The Independence Day actor filed for divorce from the “Mother’s Daughter” singer in August after less than a year of marriage, citing “irreconcilable differences” as the reason for their breakup.

Since then, Liam has been romantically linked to actress Maddison Brown. The rumored couple was spotted out and about in New York City in October packing on the PDA.

For her part, Miley has been seeing singer Cody Simpson. The pair recently celebrated Thanksgiving together in Nashville with the “Slide Away” singer’s family. Miley’s younger sister Noah Cyrus shared a snap from the Cyrus’ Thanksgiving dinner on Instagram, writing “extremely thankful for everyone at this table.”

E! News returns weekday mornings at the beginning of 2020!

The Meaning Of The Supermoon Signals A Shift In Communication

Your Weekly Tarot Card Reading, Based on Your Sign