Following Max Ehrich's claims that he learned about his split from the "tabloids" instead of from Demi Lovato herself, a source tells E! News "he is lying." 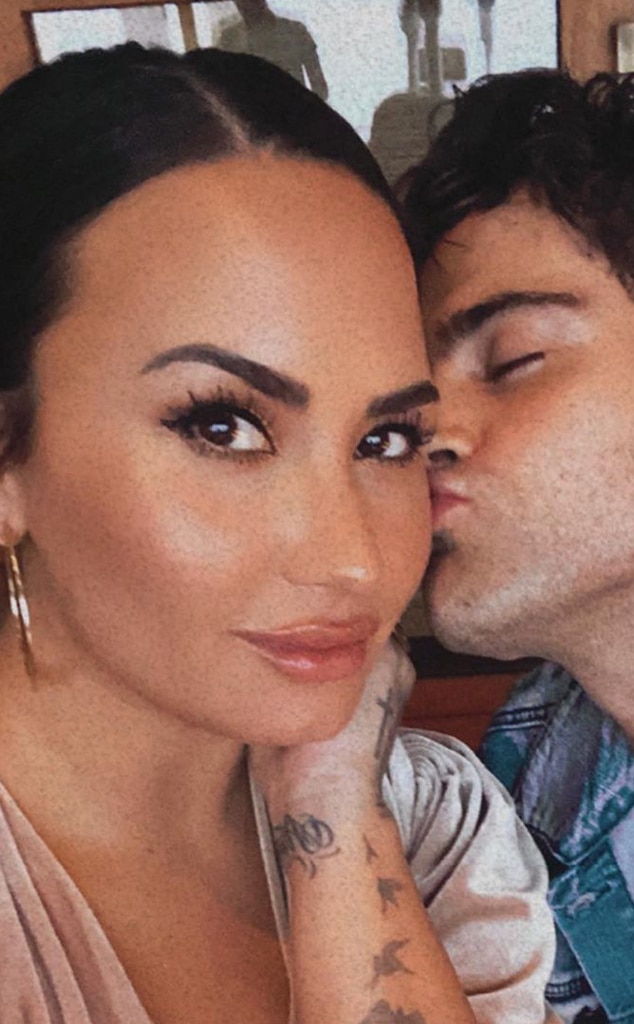 The tables keep on turning.

Max Ehrich addressed his breakup with Demi Lovato for the first time in a series of Instagram Stories on Saturday, Sept. 26.

"Imagine finding out to [sic] the status of your relationship through a tabloid," he shared on Saturday, Sept. 26. "While your [sic] in the middle of filming a biopic movie about a Pastor in a Christian Church whose intention of the film is to help people."

Following the actor's claims that he learned about his split from the "tabloids" instead of from the pop star herself, a source tells E! News "he is lying."

"Demi did tell him beforehand," the insider shares, adding that Max is "just trying to stay relevant. Her family thinks he is crazy and is so relieved she has taken this step."

A separate source previously shared the same sentiments as the first insider, saying, "They were arguing a lot. There has been a lot of tension and Demi left him to get a clear head."

"She didn't know who Max truly was and didn't think he had good intentions," the insider expressed. "There were many red flags she was ignoring and trying to turn a blind eye to."

According to the insider, the singer's mother, Diana De La Garza, and close friends "were warning her about him… and wanted her to get out sooner than later. It's for the best."

While the couple had a whirlwind romance, especially after getting engaged in July nearly four months into their relationship, the insider explained things "started going downhill" before Max traveled to Atlanta, GA. to film his new movie.

The source noted that Demi was the one to call off the engagement. At this time, the "Sorry Not Sorry" singer hasn't publicly addressed her breakup with The Path actor.

However, she seemingly teased how she was feeling over the news in a recent Instagram Story. On Friday, Sept. 25, she shared a close-up of her t-shirt and zoomed in on its message, which read, "Dogs over people."

Creative behind banned Missguided advert says she was PRAISED by CEO