There’s no doubt that Meghan, Duchess of Sussex has been a significant force in Prince Harry’s life since they met on a blind date in the summer of 2016. Her influence has caused Harry to make changes both big and small, and that began before the couple tied the knot in May 2018. In fact — just like Queen Elizabeth did with Prince Philip — Meghan made Harry drop one specific habit before they got married. 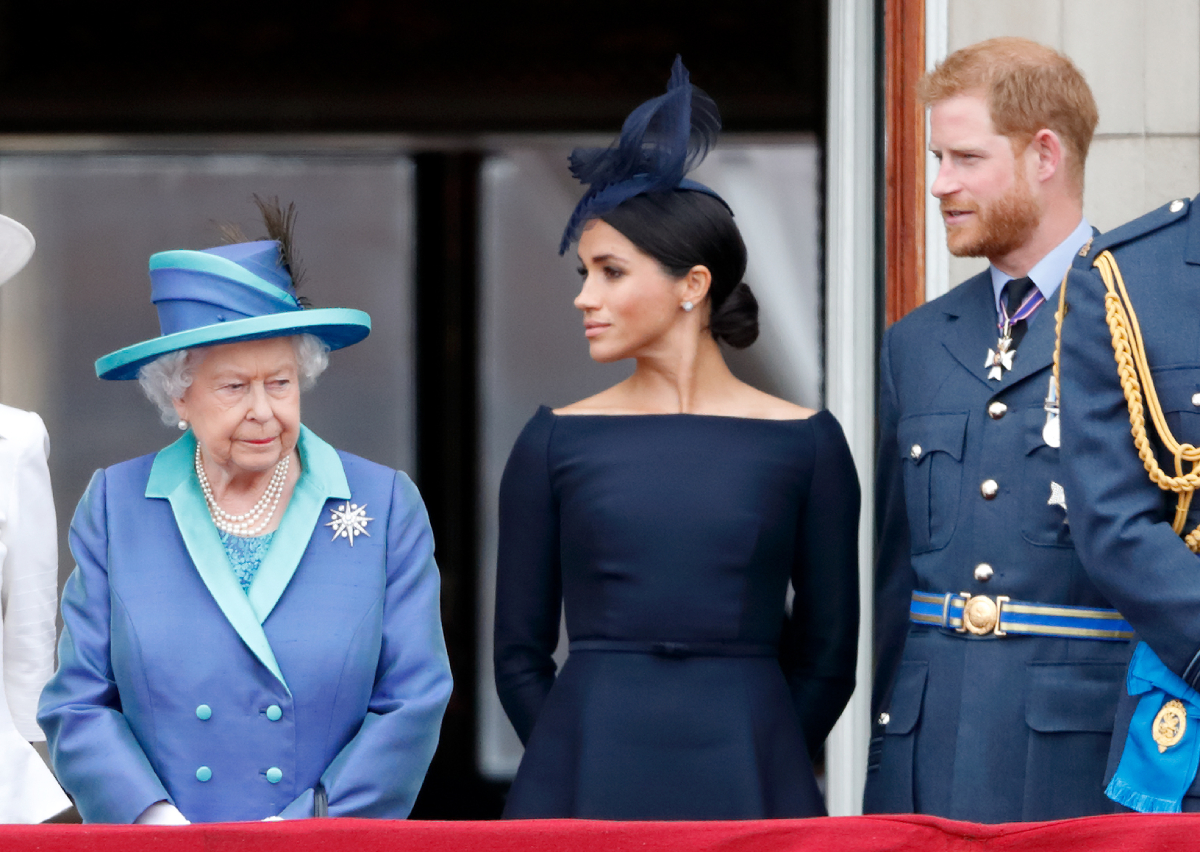 Prince Harry has given up a lot for Meghan Markle

When Harry and Meghan stepped down as senior working royals earlier this year, the Duke of Sussex was leaving the only life he had ever known. As CafeMom notes, Megxit meant that Harry no longer had access to privileges and luxuries that he was used to having as a royal.

Because the Duke and Duchess of Sussex opted to distance themselves from royal life, he lost his military titles and appointments.

“I am so proud to have served as the Royal Marines Captain and am devastated that I am having to step down… I feel I’m letting people down, but I had no choice,” he once said.

Harry also left his home in the UK to start a new life in America with Meghan. He lost his HRH (His Royal Highness) title and access to the sovereign grant. As a result, he has to pay his own way for everything from home renovations to travel.

Queen Elizabeth also vetoed Harry and Meghan’s plans for a Sussex Royal brand. The couple had hopes of being “semi-royals,” meaning they would keep the perks of royal life while making their own money and decisions. But, that idea simply wasn’t tenable.

According to Vanity Fair, the health-conscious Meghan has persuaded Harry to give up a lot of his bad habits. There was one nasty habit in particular that she made him drop before their wedding day – smoking.

Prince Harry started smoking during his days at Eton College and the habit continued until he met Meghan. An insider dished to the Daily Mail in 2017 that Harry promised Meghan “no smoking at all at home.”

“It’s not nice for Meghan as a non-smoker. So there’s no more hanging out of the window for a quick puff. Harry has quit for Meghan,” the source claimed.

Just before the couple walked down the aisle in 2018, another insider claimed Harry had “pretty much quit” his nicotine habit for his bride. Harry also gave up booze during Meghan’s pregnancy, and he’s transitioned to a healthier diet. The Duke of Sussex also reportedly stopped drinking tea after Meghan banned caffeine.

Harry has also given up the popular royal pastime of hunting for Meghan. She wasn’t a fan of his hunting outings with other members of the royal family, so Harry reportedly gave that up too.

Just like Meghan, Queen Elizabeth also laid down the law before her wedding to Prince Philip. According to Marie Claire, this was important to Her Majesty because smoking played a huge role in her father’s untimely death.

King George VI developed lung cancer and other smoking-related ailments during the years leading up to his death. He eventually passed away at the age of 56 from coronary thrombosis. Queen Elizabeth was just 27 years old at the time.

In his book Long Live the Queen! 13 Rules for Living from Britain’s Longest Reigning Monarch, author Bryan Kozlowski claims that the queen insisted the Duke of Edinburgh give up smoking when they married in 1947. Despite having a pack a day habit, Prince Philip reportedly quit cold turkey on his wedding day.