The Morrison government was warned last year about visa rorting in the meat industry which allowed some labour hire companies to promise permanent residency to low-skilled workers from Asia in return for charging them a large fee. 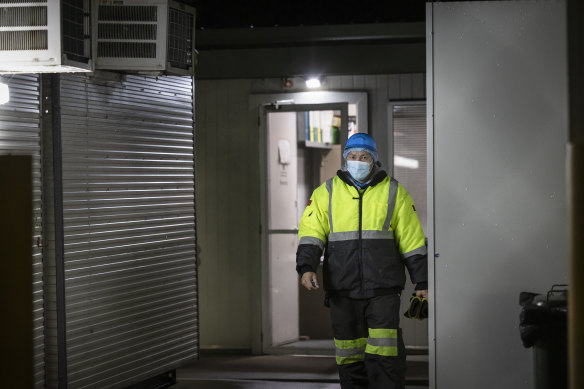 A foreign meat industry worker at an abattoir in Victoria. Credit:Nicole Cleary

But Home Affairs sources, who are not identified because they are not authorised to speak publicly, have confirmed that no review of the program was established by the former Liberal government.

“Multiple allegations from separate sources have been received suggesting ‘payment for visas’ to facilitators for services including the provision of bogus documents … in order to access the MILA program and therefore permanent residency,” the Home Affairs briefing states.

The meat industry program is supposed to only allow foreign workers who pass English language and skills requirements to come to Australia. Company bosses say the foreign labour is required because most people already living in Australia shun abattoir work. The meat processing industry is among the biggest employers in regional Australia.

“To allow … a bazaar of cheap labour hire for human misery merchants is something I want to see firmly cracked down on.”

Under the MILA program, a foreign meat worker can be sponsored by an employer for permanent residency after about four years of service. But the reliance on foreign workers and offshore recruiters has repeatedly raised exploitation concerns across several Australian primary production and agricultural industries.

The revelations come as the Albanese government’s jobs summit highlights increasing pressure from business groups and some state governments to boost the intake of skilled migrants to help cope with a shortage of workers across a number of industries. The Nationals are also pushing for a low-skilled agriculture visa to bring workers from countries such as Vietnam to plug rural labour shortages.

But in a February 2021 submission, Home Affairs officials warned the then-minister: “With regard to the meat industry, the high use of both onshore and offshore labour hire is an increasing concern.

“Labour hire companies seeking to exploit the program have a financial interest in sourcing overseas workers over Australians and are known to target low and unskilled workers from high-risk regions/countries in Asia. 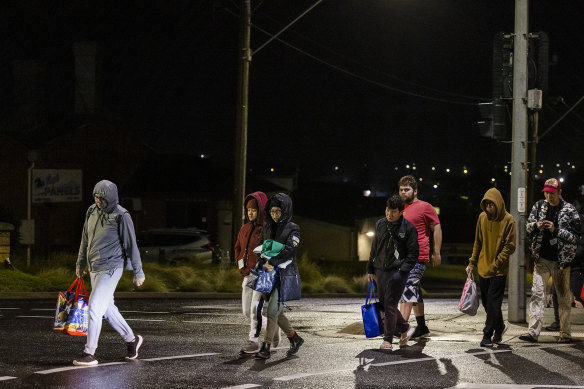 Workers on their way to a shift in a regional abattoir.Credit:Nicole Cleary

“There is evidence that labour hire/intermediaries facilitate fraudulent English test results, work references and skills documents used to establish the genuineness of visa applicants. The department is currently in the process of refusing visa applications for a number of Meat Industry Labour Agreement (MILA) due to instances of fraud.”

The chair of the federal parliament’s standing committee on migration and human rights, Labor MP Maria Vamvakinou, has foreshadowed an inquiry into the role of recruitment syndicates and labour hire companies involved in supplying foreign workers.

Vamvakinou, who is from Labor’s Socialist Left faction and represents the electorate of Calwell in Melbourne’s outer-north, told The Age and The Sydney Morning Herald that she had recently heard first-hand accounts from foreign workers on temporary work visas who claimed their passports were taken, their visa sponsorships threatened and, in some cases, had incurred extensive financial debts to the people who recruited them.

“Our migration and skilled migration programs are something I strongly believe in and have vigorously advocated for, including for their expansion,” she said. “But to allow what are meant to be programs of opportunity to become a bazaar of cheap labour hire for human misery merchants is something I want to see firmly cracked down on.”

Without that Australia was in danger of becoming “a nation of guest workers,” she said.

“The accounts I’ve heard first-hand warrant a look into the areas of worker exploitation and human rights within the framework of the Modern Slavery Act.”

Australian Meat Industry Council chief executive Patrick Hutchinson said the meat processing industry was grappling with a “workforce crisis outside of its control” and would continue to rely on foreign workers as it had done for decades.

“We want a long-term, permanent workforce, and we’re keen to see permanent residency a mainstay for our international workers,” Mr Hutchinson said. Should any company supplying services be found to be acting illegally in the management of foreign workers, Mr Hutchinson said the meat industry wanted them held to account through the courts.

“We want to ensure no third party, through poor and illegal management of our international workforce, damage our members and industry,” he said.

Hawke acknowledged this week he had come under pressure from MPs from rural electorates and meat companies over delays in approving meat industry visas. He said he instructed his department to make it a priority to approve visas at processing plants where there were no alleged integrity problems.

Hawke said he was also concerned by how long it took to investigate allegations of misconduct and was disappointed with the performance of the Office of the Migration Agents Registration Authority in rooting out migration agents involved in the alleged visa rorts.

“Had we been re-elected and I retained my portfolio, I would have looked to abolish a standalone OMARA and probably transfer the regulation of migration agents into an arm of Border Force, or another agency, to make it more effective,” he said.

Immigration Minister Andrew Giles accused the former government of failing to tackle “the endemic of migrant worker exploitation” and instead allowing to become a business model for some industries.

“Their ideological obsession against unions ensured one of the most promising avenues to address exploitation – the role of unions – was never on the table. We need to fix this by focusing on employers instead of reflexively seeking to cancel people’s visas,” Giles said.

Is it wrong to long for days when Andy would have been left in Tower?