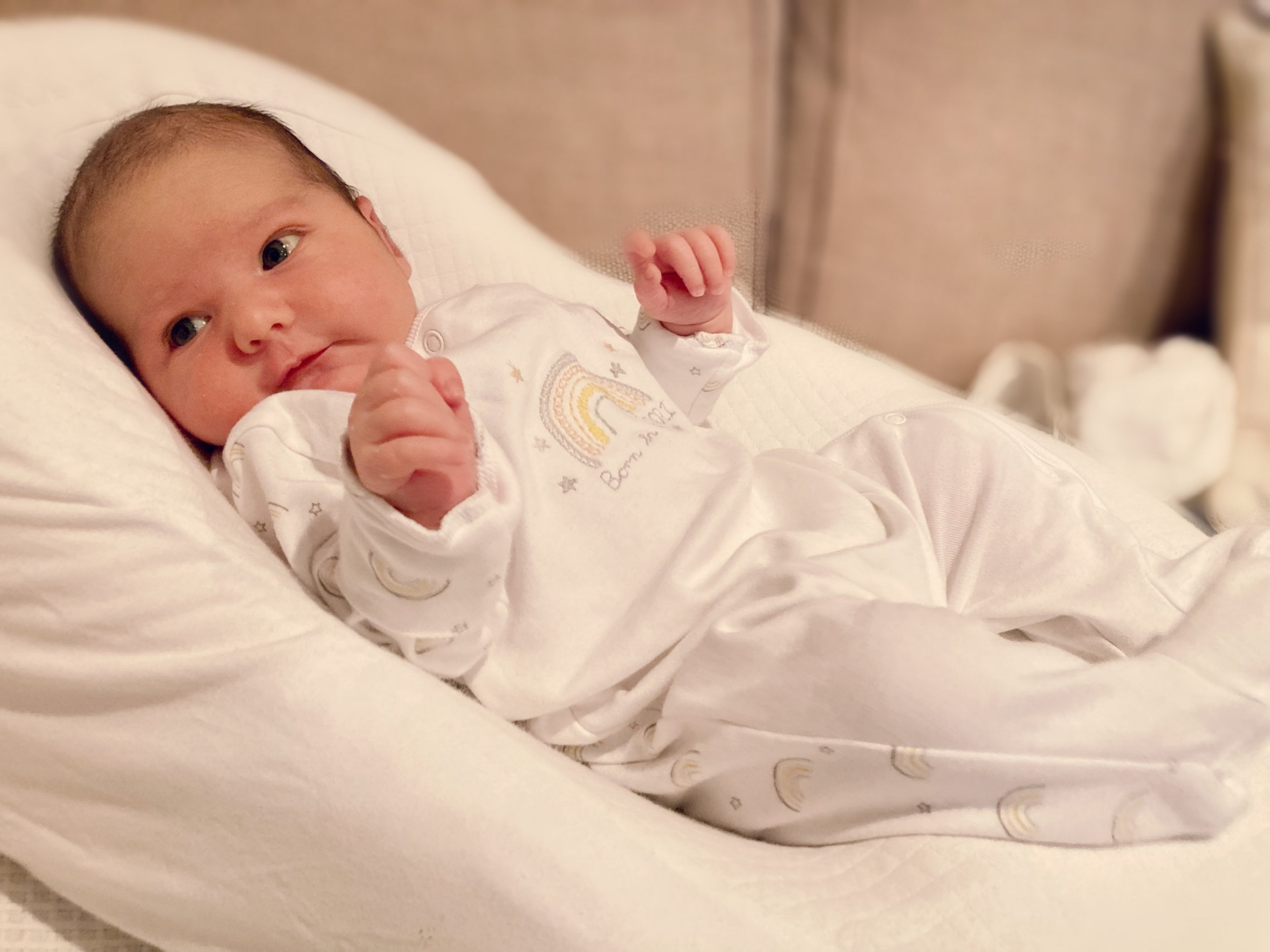 The average weight for a newborn in the UK is 7.6lbs, although one in eight pregnancies involve foetal macrosmia, the technical term for ‘big baby’.

Victoria Cook’s son Jack, born five months ago, definitely falls into that category, coming into the world at a bumper 10lbs 3oz.

Despite her baby weighing the same as a sack of potatoes, Victoria incredibly managed to have a natural labour – and didn’t even have any pain relief during the deliver.

Victoria, 38, did make use of gas and air, but says she had very little pain and really enjoyed her birth experience, which took place in September last year at a birthing centre in London.

She said: ‘I know it sounds ridiculous but it almost didn’t hurt, it was quite a quick delivery.

‘His shoulder got a bit stuck on the way out, which was painful, but on the whole it was a really positive experience.

‘We opted for a birthing centre instead of a the labour ward in the hospital, and we were lucky enough to have another water birth.

‘It sounds a bit hippie, but we had nature sounds playing in the background during labour as well, so that was really nice.

‘Every time we had a nurse come in or anything they would say “wow it’s so peaceful in here”!’

The mum says she would highly recommend a birthing centre to any expectant parents, adding:

She said: “It’s midwife run, so it’s less medical than going to a hospital, and much more natural…

‘The water birth was so great as well, it’s such a relief during labour to get into the warm water, it takes the strain off your back as well.’

Victoria’s experience was so positive, she even ended up face-timing her mum during labour.

She said: ‘I don’t really know what I was thinking, looking back, but at the time it seemed like a great idea.

‘I was doing little video tours of the room, and I spoke to my brother’s wife, Liana, because she was only ten weeks behind me. So I just showed her what was going on.’

‘It was just huge,’ she said. ‘People say with your second you do look bigger, but lots of people were asking me if I was having twins. I suppose I was carrying the equivalent of that, roughly.

‘It got to the point where even walking became quite hard. Trying to look after a one year old in that state is really difficult.’

Today, Jack wears the same size nappies as his one-year-old sister Emilie, and is powering through her hand-me-downs.

His bulky build may make hopeful mothers wince, but Victoria is determined to dispel the myth that labour is something to be scared about.

She said: ‘Giving birth can be really daunting, and I think we don’t talk about a lot of the details of it enough.

‘So many people have horror stories, and a traumatic birth experience, so I want people to know it’s possible to give birth to a 10lb baby and walk away from it!’