WATCHING her husband lift a suitcase out from under the bed, Kerry Baggott never thought it would be the start of a heart breaking journey for her family.

Jeremy had a shooting pain through his back, but being a 'fit and healthy' 46-year-old, the couple just thought it was something that would go away. 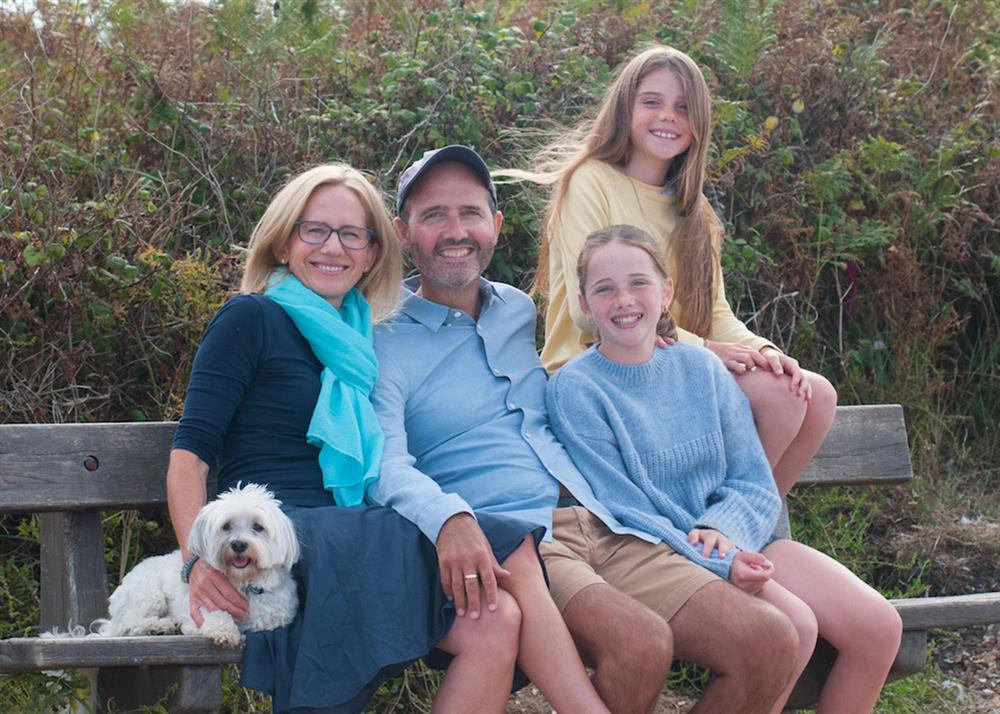 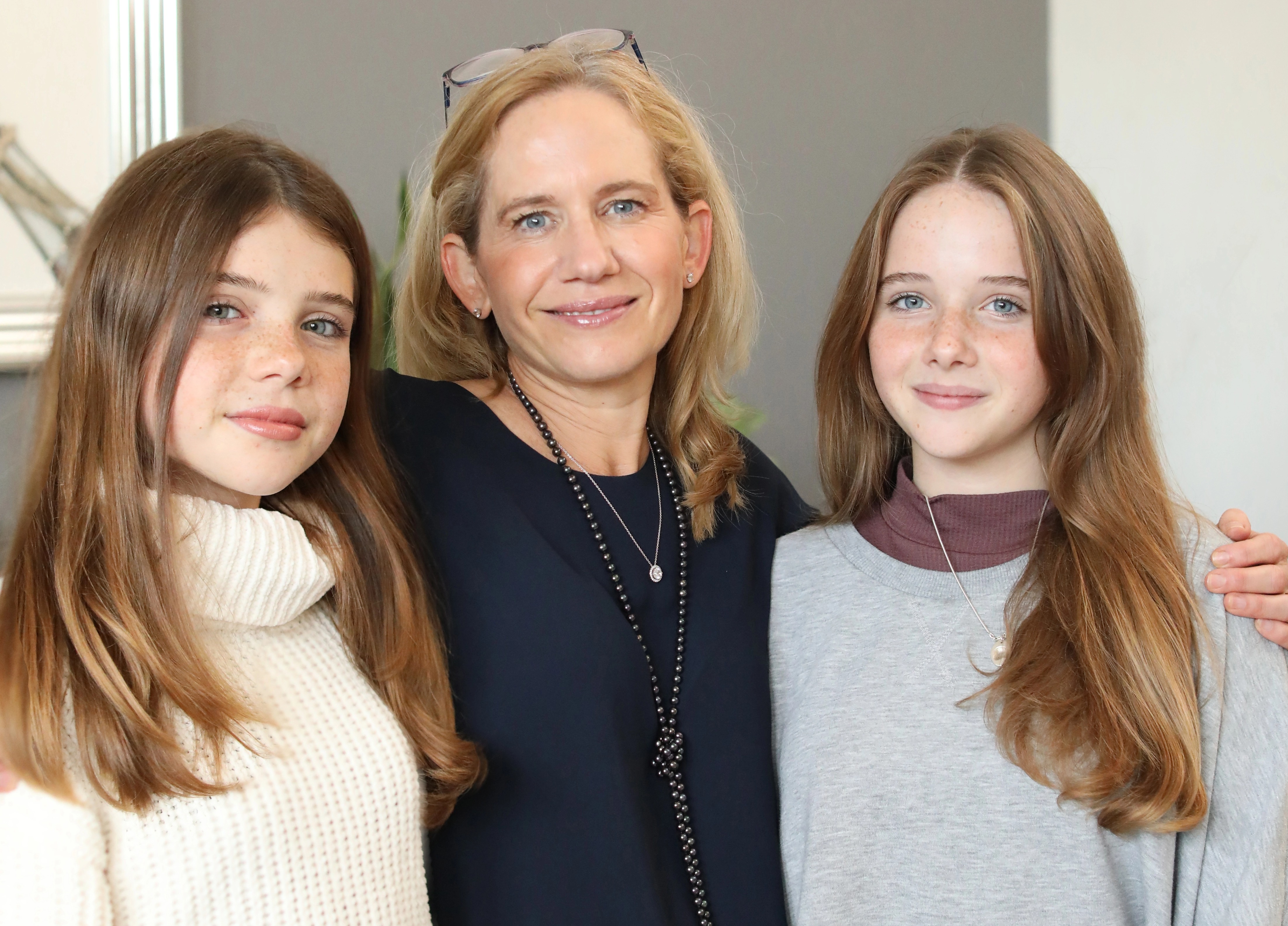 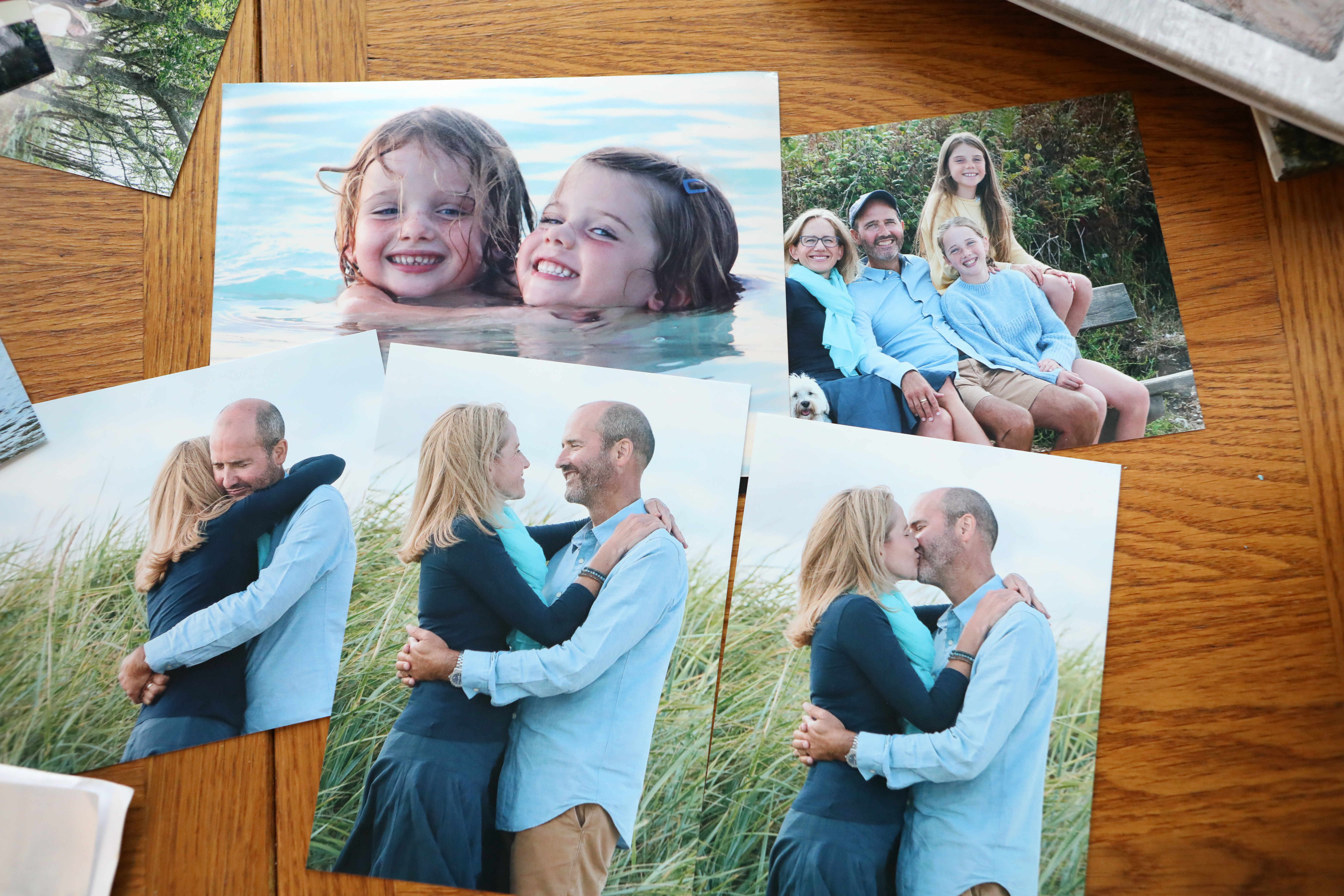 But the pain didn't go away and continued to get worse, it was there constantly, leaving Jeremy forced to use an inverter machine for years – which saw him hang upside down to help alleviate the pain.

Mum-of-two Kerry, 50, who lives in Dorset with her two children Charlotte, 15, and Emily, 13, said the loving father and husband went for a few scans, which had showed there was a weakness in his back.

But that weakness turned out to be deadly multiple myeloma cancer, which affects around 24,000 people in the UK.

It's the third most common type of blood cancer and is especially difficult to detect as symptoms, including back pain, are often dismissed as ageing.

Now almost a year after Jeremy's death, Kerry said that the back pain in 2015 could have been the start of Jeremy's blood cancer battle.

Kerry said that it was on their wedding anniversary in December 2017 that the couple had run the Dubai half marathon and Jeremy seemed fine.

The family had been living in Dubai at the time and Speaking to The Sun Kerry said: "He really was the fittest he had ever been, he just had a little bit of a bad back which we thought was normal for someone of his age."

Just after the marathon, Kerry said that Jeremy went off to play golf for the day.

She said: "He was a terrible golfer, and when he went for a swing he had shooting pains racing through him."

It was after that, Kerry says, that investigations continued, doctors thought he had sprained muscles.

The pain continued into the New Year and Jeremy had blood tests and MRI scans and Kerry said his ribs started to 'feel spongey'.

"He had a lump on his collar bone, pain in his arms, shoulders and had loads of MRIs that hadn't picked up anything major", Kerry said.

But in February 2018, Kerry felt like there had been a glimpse of hope for her husband.

What is myeloma and what are the signs?

Myeloma is a cancer that begins in the plasma cells, a type of white blood cell which is made in the bone marrow.

In myeloma, plasma cells become abnormal, multiply uncontrollably and release only one type of antibody known as paraprotein, which has no useful function.

Unlike many cancers, myeloma does not exist as a lump or tumour.

Most of the complications arise from a build-up of abnormal plasma cells in the bone marrow.

Treatment is often aimed at controlling the symptoms of myeloma with a combination of drugs.

What are the signs?

"I remember being at the school gates picking up the girls and Jeremy called me after his appointment.

"He told me that the doctors thought he had some sort of arthritis. I remember the words that came out of my mouth, I said 'we'll take that, it's not like it's leukaemia or something'.

"He was put on strong steroids and as the weeks went on it was literally like watching a man fall apart.

"It was horrific, he had massive ulcers on his tongue and within days he couldn't even pick up a cup of tea", Kerry said.

Another hospital MRI then discovered gaping holes in his body and Kerry said it looked like the bone on his right arm had disappeared.

"That's when we found out it was myeloma. Cancer cells had burst through the bones and it was like his bones were leaky water pipes".

By the time Jeremy was finally diagnosed in March 2018, he had a broken collarbone, six broken ribs, numerous infections and the bone in his upper right arm had completely disintegrated.

The family packed up their lives in Dubai and moved back to the UK.

Jeremy had surgery, radiotherapy, gruelling cycles of chemotherapy and a stem cell transplant.

It's an incredibly sad situation for us because he was so young and the girls lost their daddy when they were so young. Our world was shattered and our hearts broken forever

For a while, he bounced back, giving his family renewed hope they would be able to enjoy a few more precious years together.

Sadly, he relapsed unexpectedly in September 2020 and passed away just two months later with Kerry and their daughters by his side on November 27.

Kerry said: "Due to Covid, we were denied our place on a clinical trial. It's an incredibly sad situation for us because he was so young and the girls lost their daddy when they were so young. Our world was shattered and our hearts broken forever.

"While life is incredibly painful right now – and probably always will be to an extent – I and the girls are determined that, for Jeremy, we must live our best lives, otherwise myeloma will have killed us too and it doesn’t deserve the privilege."

Kerry and her girls are now raising funds for blood cancer charity Myeloma UK and want others to be aware of the symptoms of the cancer, before it's too late.

She said: "Jeremy and I had been together for 30 years and he was – is – the love of my entire life.

“It may be too late to help Jeremy, but it’s not too late for others. It’s my dream that one day a cure will be found for this horrific disease that ripped my family apart. In the meantime, I cannot sit back and do nothing.

"Fundraising has helped our grief to some extent. We feel we are creating something positive out of something so negative. And it helps us keep his memory alive.

"Jeremy was such a fun and positive man; we want to continue in that vein if we can.” 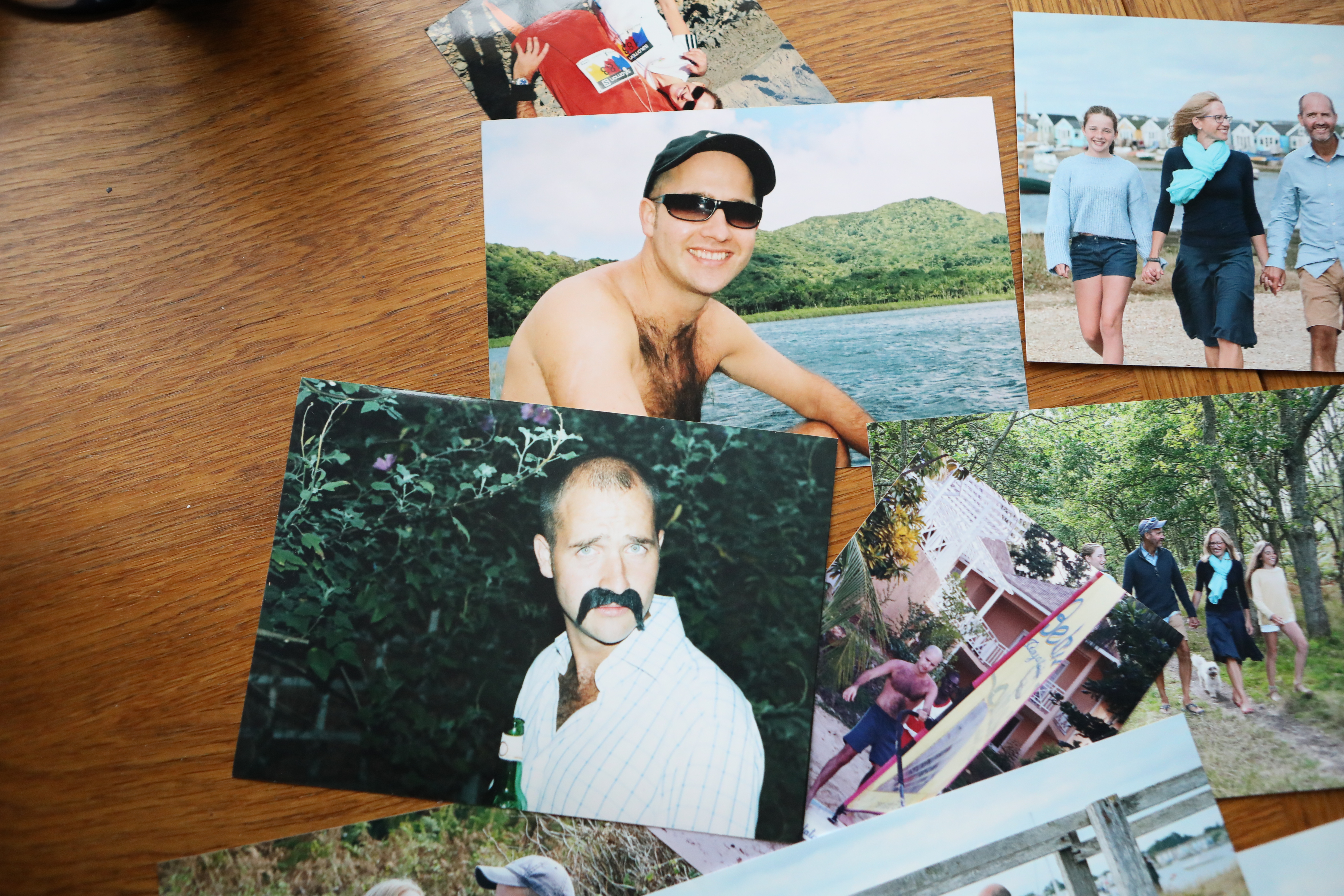 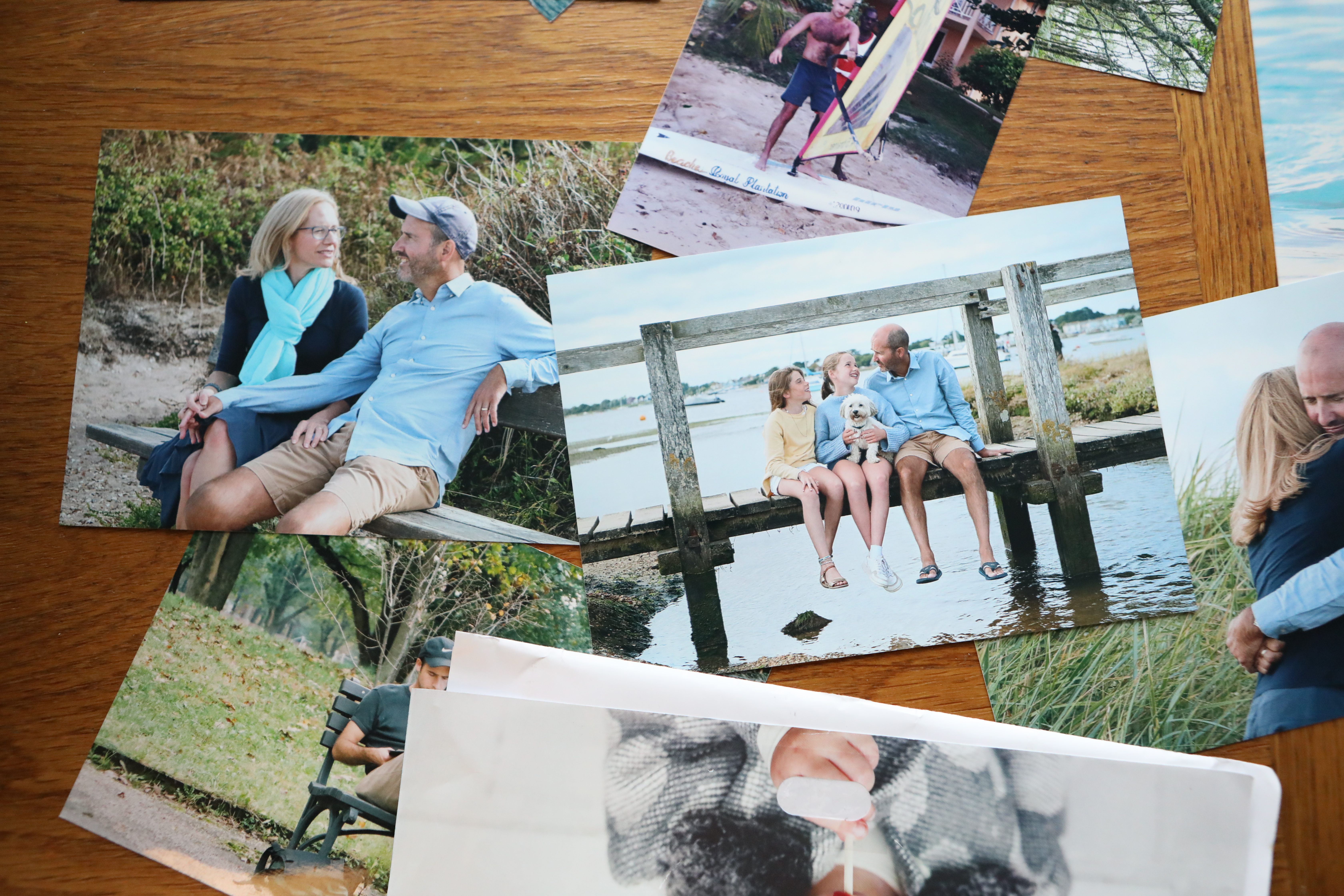