A narrow majority of the community wants political leaders to phase out the use of lockdowns and border controls as more people are vaccinated, amid a sharp fall in the number who are reluctant to get a jab.

With millions of people subject to health orders that curb their movement, a new survey finds that 54 per cent of voters believe lockdowns and border restrictions should be gradually discontinued over the coming months as more people are inoculated against COVID-19. 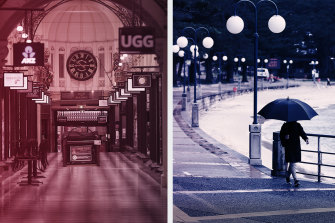 Voters were divided over the speed of the lockdowns imposed to date, with 34 per cent saying governments had been too slow to restrict movement while 17 per cent said they were too fast and 12 per cent were undecided.

Only 19 per cent disagree with the idea of phasing out the curbs while another 27 per cent are neutral or undecided, highlighting the tension over whether to pursue strict health controls despite warnings over the economic and social cost.

The findings are part of an exclusive survey that reveals a fall in vaccine hesitancy at the same time as the recent surge in coronavirus case numbers, with 21 per cent saying they are unlikely to get a jab compared to 29 per cent two months ago.

But Australians are divided over the idea of giving vaccinated people more freedom from social restrictions while others are denied the benefits, a key issue when younger people are waiting for their age groups to be given priority in government rollouts of AstraZeneca or Pfizer.

The Resolve Political Monitor, conducted for The Sydney Morning Herald and The Age by research company Resolve Strategic, asked 1607 eligible voters their views about vaccinations and lockdowns over four days to July 17.

The online survey coincided with an extended lockdown across Sydney and surrounding districts and a decision on July 15 to send Victoria into a state-wide lockdown. The results have a margin of error of 2.5 per cent.

Asked if they supported the idea that vaccinated people should be allowed to travel across borders or go where others were restricted, 28 per cent strongly supported it and 26 per cent supported it, while another 26 per cent were undecided.

A subsequent question asked: “Others have suggested that it is unfair to grant some people extra freedoms when not all Australians, especially those aged under 40 years, have been given access to vaccines yet. What is your preference?”

On this question, 45 per cent said the greater freedoms should wait until everyone had a chance to be vaccinated, while 34 per cent said vaccinated people should gain the freedoms as soon as possible. Another 21 per cent were undecided.

Voters were divided over the speed of the lockdowns imposed to date, with 34 per cent saying governments had been too slow to restrict movement while 17 per cent said they were too fast and 12 per cent were undecided.

On this question, which asked about lockdowns and state border controls without reference to any political leaders or parties, the biggest single group, 38 per cent, said the speed had been about right.

The next question asked: “Do you agree or disagree that the use of lockdowns and border restrictions should be phased out over the coming months as more people are vaccinated?”

Resolve director Jim Reed said the results suggested people could be more reluctant to accept further lockdowns after the vaccine rollout was complete.

“The whole reason for getting vaccinated is to keep people safe without locking them in their homes with undue economic cost,” he said. “The research is telling us that this is what people want.”

The Resolve Political Monitor began tracking vaccine hesitancy in May, when it found 29 per cent of voters said they were unlikely to be vaccinated. The survey came one month after the federal government’s Australian Technical Advisory Group on Immunisation ruled the Pfizer vaccine was preferred for people under the age of 50, fuelling debate over AstraZeneca.

“People are getting vaccinated in far higher numbers now, and more are willing to do so,” Mr Reed said. “That’s partly a result of more supply for more age groups, part people seeing the risk of not being vaccinated as we suffer outbreaks, and part a cycle of reinforcement as those around us get the jab.”