THE OFFICIAL coronavirus R rate has dropped this week – but could be as high as 1.4 in some areas of England, data has revealed.

Around one in 70 people are currently infected with the virus in England – despite R falling between 0.9 and 1.1. 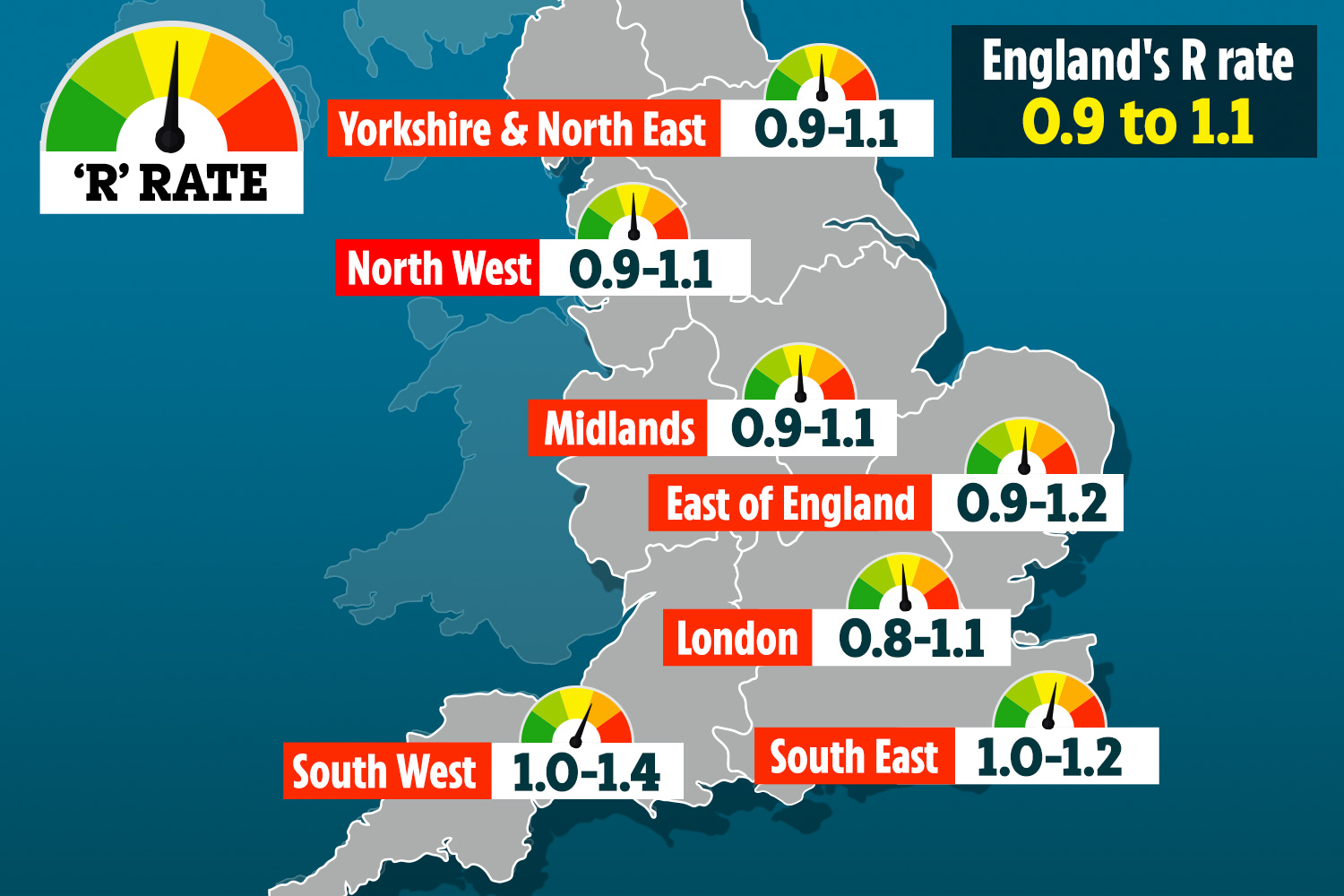 Last week the R rate sat between 1 and 1.1 – meaning that this week less people are becoming infected with the virus.

An R value between 0.9 and 1.1 means that, on average, every 10 people infected will infect between nine and 11 other people.

Separate data from the Office for National Statistics (ONS) shows that infections are highest in younger age groups.

Children went back to school this week and the data will not account for any infections seen in educational settings in England but will take into account infections over the school holidays.

The data shows that in England, year 12s to 24 year-olds have seen a slight decrease in infections in the week ending August 27.

Around one in 70 people in private households in England had Covid-19 in the week to August 27, unchanged from the previous week and the equivalent of about 766,100 people.

At the peak of the second wave in January, around one in 50 people in England had Covid-19.

However in Scotland, one in 75 people are currently infected.

Schools in Scotland opened two weeks ago and infections from the reopening are believed to have had an impact on cases there.

It was yesterday revealed that part of Scotland was suffering from a cluster of cases in the areas surrounding Glasgow.

Across England infections have increased in the over 70s and in those aged 25 to 34.

On a regional basis the ONS says that infections have increased in the south-west and the West Midlands, while London and the East Midlands saw a decrease.

Data from the Health Security Agency correlates with this as the south west currently has the highest R rate in the country between 1.0 to 1.4.

It also has the highest growth rate range and sits between 0 and 6 per cent.

The North West, the North East and Yorkshire and the Midlands all sit between 0.9 and 1.1.

London has the lowest R rate in the country between 0.8 and 1.1.