A police officer has been relieved from duty after authorities in Columbus, Ohio, say he fatally shot an unarmed Black man, the second deadly police shooting of a Black man in the city this month.

Officer Adam Coy was responding to a non-emergency call of someone repeatedly turning on and off their vehicle in a neighborhood early Tuesday morning when he shot 47-year-old Andre Maurice Hill who had walked out of a home’s garage while carrying a cell phone, police said.

“Mr. Hill was known to the residents at the home,” Columbus Mayor Andrew Ginther said at a press conference Wednesday. “He was expected. He was not an intruder, he had not committed any crimes.”

Ginther said Coy should immediately be fired from the police department. 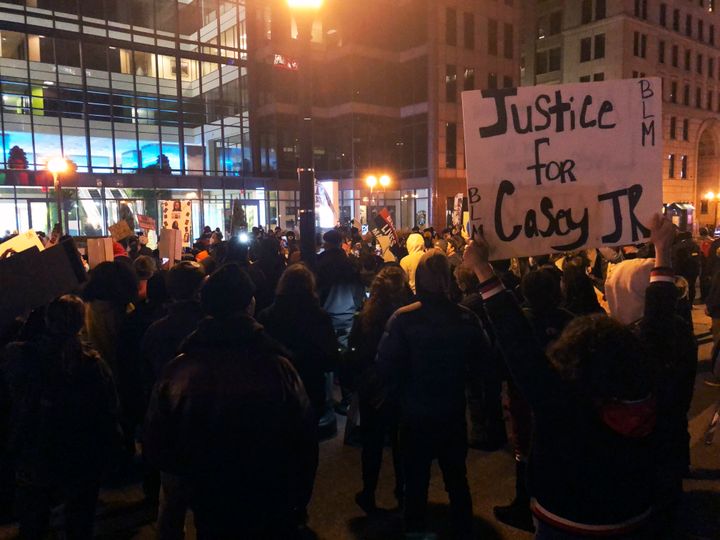 Coy was with another officer at the time of the shooting, but neither had their body-worn cameras turned on. Seconds after Hill was shot, both officers turned on their cameras but they failed to render first aid or comfort Hill as he lay dying, Ginther said. Because the cameras feature a 60-second “look back” function, the shooting was caught on video though no audio was obtained, the police department said.

Ginther blasted the officers’ actions and described himself as deeply disturbed by their apparent lack of compassion for Hill in the moments after the shooting.

“There were literally no attempts to render aid to this man who had committed no crime. That is a stunning disregard for life and in this case Black life. That is unacceptable,” Ginther said. “It is an officer’s duty to not only summon a medic but to render aid. … We are better than this and we must make sure that everyone is safe.”

Columbus Police Chief Thomas Quinlan, who has called Hill’s death a tragedy, criticized the officers’ failure to activate their cameras prior to the shooting.

The department has “invested millions of dollars in these cameras for the express purpose of creating a video and audio record of these kinds of encounters,” he said in a statement Tuesday. “They provide transparency and accountability, and protect the public, as well as officers, when the facts are in question.”

Quinlan said he ordered Coy to turn in his badge and gun pending the outcome of an internal and criminal investigation, which will be conducted by the Ohio Bureau of Criminal Investigation.

Ginther said that he has asked that the investigation also examine whether Hill’s civil rights were violated.

Coy, a 19-year veteran of the police force, has a history of complaints of excessive force, including nine filed against him in 2003. Of those complaints, four took place in a one-month period, The Columbus Dispatch reported.

In 2012, one such complaint led to the city paying a $45,000 settlement. This followed Coy repeatedly banging the head of a drunk driving suspect on the hood of a car during the man’s arrest. Coy was suspended 160 hours for that incident, according to the Dispatch.

This week’s shooting comes a little more than two weeks after Columbus police responded to the fatal shooting of 23-year-old Casey Goodson by a Franklin County sheriffs’ deputy. 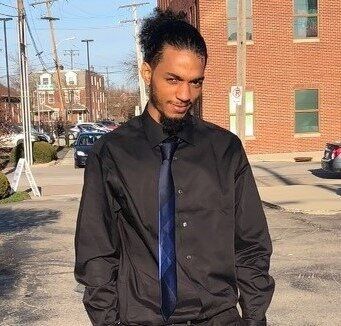 Goodson, who was also Black, was returning to his home from a dentist appointment with Subway sandwiches for members of his family, including his grandmother, when he was gunned down on the doorstep, an attorney representing his relatives said.

The deputy, identified as Jason Meade, had been searching the area for “violent offenders” with a U.S. Marshals task force when he reported seeing a man with a gun. It’s not clear what led Meade to open fire, however. He was not wearing a body camera and no witnesses to the shooting have come forward, authorities said.

Goodson had a carry permit holder and was legally armed at the time of the shooting, police said. He was not suspected of having committed any crimes.

Couple who met at birth celebrate their ruby wedding anniversary