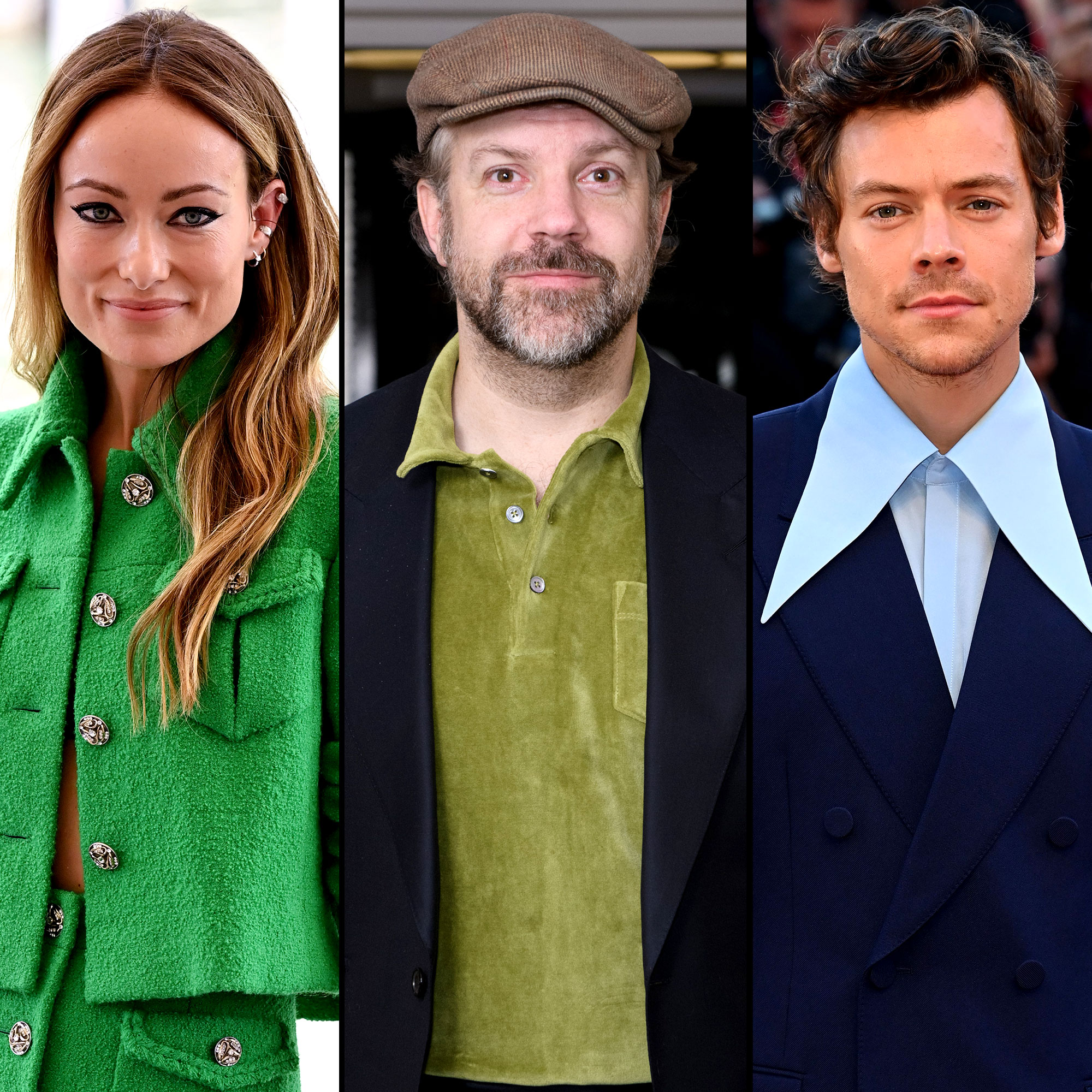 After speculation about the timing of Olivia Wilde and Harry Styles’ style on-set romance, the Booksmart director is telling her side of the story.

“The complete horses–t idea that I left Jason [Sudeikis] for Harry is completely inaccurate,” Wilde, 38, told Vanity Fair in an interview published on Thursday, September 8. “Our relationship was over long before I met Harry. Like any relationship that ends, it doesn’t end overnight. Unfortunately, Jason and I had a very bumpy road, and we officially dissolved the relationship towards the beginning of the pandemic.”

The New York native and the Ted Lasso star, 46, started dating in 2011 before they got engaged nearly two years later. The pair — who share son Otis, 8, and daughter Daisy, 5 — announced their split in November 2020.

“We were raising two kids during lockdown, so we coparented through that time,” Wilde told the magazine. “Once it became clear that cohabitating was no longer beneficial for the children, it became the responsible thing to not, because we could be better parents as friends who live in different houses.”

After the pair’s split, Wilde eventually moved on with the 28-year-old “Sweet Creature” crooner after they connected on the set of Don’t Worry Darling, which Wilde directed.

“I have that piece of notebook paper where I had written my top three ideas. Harry was the first one and it was circled a bunch of times,” the O.C. alum told Vanity Fair of her interest in casting Styles after Shia LaBeouf left the project. “Then I’d written in another pen on another day, like, ‘Unavailable. Damn! On tour.’”

Wilde previously told Variety that she had fired the Even Stevens alum, 36, after he clashed with movie lead Florence Pugh. LaBeouf, however, denied the claims, citing that he did not have adequate preparation time before production began. The former One Direction singer was eventually tapped to take over the role of Jack once his schedule shifted amid the coronavirus pandemic.

“My thing with Harry was that I knew he was fearless,” Wilde gushed in her Thursday interview. “I’d rather work with a non-actor who’s fearless than a trained actor who is full of hang-ups and baggage and judgment.”

As Wilde’s private romance with the Dunkirk actor continued heating up, her coparenting relationship with Sudeikis hit a snag. The Saturday Night Live alum served Wilde with custody paperwork earlier this year — while she was presenting a panel about Don’t Worry Darling at CinemaCon. While a source told Us at the time that the Kansas native filed the court documents to “establish jurisdiction” of the exes’ two children, Sudeikis did not have prior knowledge of when they would be delivered.

“He would never condone her being served in such an inappropriate manner,” the insider noted in April.

The House alum ultimately saw her former fiancé’s actions as an “attack,” which she told Variety last month. Styles, for his part, has attempted to stay out of the messy custody drama.

“Harry has not reached out to Jason at any point,” a second source told Us in August, noting the singer “doesn’t feel it’s his place to” interfere. “Harry is wildly happy and in love with Olivia. They’re an amazing team together.”

Cardinal Who Expressed Skepticism About Vaccines Has COVID-19, Is On Ventilator