The Australian Centre for Photography, critical in launching the careers of Bill Henson and Tracey Moffatt, will close its doors due to a cash crunch brought on by COVID-19 lockdown, the shift to smartphone photography and funding cuts.

The ACP board announced Thursday it had made the "painful decision" to cease its programs at its Darlinghurst gallery and "hibernate" while it restructures the organisation to protect it from "ongoing financial losses". 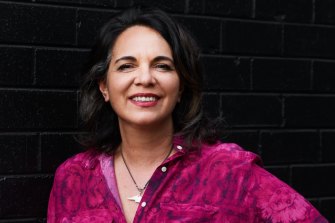 Lisa Moore, daughter of photographer David Moore, who conceived the idea of a non-profit cultural centre to advance the medium in Australia in 1970, described it as a sad day for photography.

Moffatt, who had her first solo exhibition at the ACP in 1990 which brought her critical attention before she became one of Australia's most famous artists, hoped the centre would emerge again "in a showy splashy way" with everything the same as she remembered it – "a gallery, workshops, prizes, and research".

The ACP was the first to show the work of photographer Bill Henson, for which he said "along with a free tertiary education, I remain eternally grateful".

"We are perhaps, after all, entering unchartered waters with regard to both the political and economic landscape. Historically, of course, any historian can tell you that the diminution of the arts tends to parallel the rise of barbarism. But we shall have to wait and see," Henson said.

December 16 will be the last day for the ACP's four full-time, two part-time staff and 15 casual tutors in what its director and chief executive Pierre Arpin describes as the latest in a series of hard knocks for the arts sector. 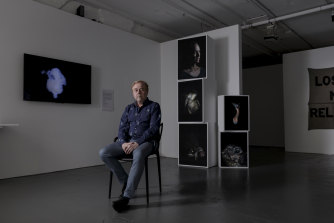 ACP chairman Michael Blomfield said in a statement: "In the face of massively reduced income in the COVID era, and the reality that our organisation will not receive any operational funding from federal or state funding bodies for the next three years as a minimum, it is clear that continuing to operate in our current form is a pathway to extinction."

Opened in 1974 as photography was making gains in the art world, the organisation lost multi-year state and Australian Council funding in 2019 and has been since drawing on its reserves. It was ineligible for rescue and recovery money from Create NSW.

Annual revenue from workshops declined from $995,000 in 2011 to $110,000 this year. Arpin said this mirrored a fall in worldwide shipments of digital single-lens reflex cameras.

A migration of photography courses to university and TAFE also put pressure on the centre's numbers and the rise of smartphones had democratised the medium. 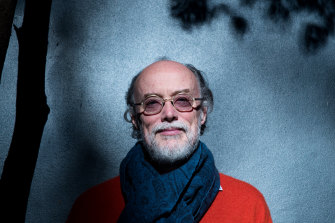 The Australian Centre for Photography was also critical in launching the career of Bill Henson.Credit:Janie Barrett

"The world has changed and the advent of the smartphone and the iPhone is that everyone is a photographer," Arpin said. "I'm not sure it's a crisis. It's the evolution of the medium. As the medium started being recognised as a legitimate art form the ACP came to fruition.

"We've had decades worth of exhibitions highlighting some of the greats that started here in Australia. It's not that the mandate itself was less relevant but maybe photography became so prevalent that it's lost its special cachet."

The ACP will attempt to restructure and a consultative committee will be formed to discuss how to best to safeguard its legacy and use its capital – proceeds from the sale of its Paddington gallery in 2014.

Failing the arrival of white knight donor, options include using the funds to establish a photography prize, a partnership with a state institution, or a scholarship program to support studies in photography. A decision is likely by July 2021.

Former program manager and acting director Blair French, now with Carriageworks, said the centre had been vital to the development of photography and its presence within the wider art ecology for many decades.

"However, the ambition and visibility of its exhibiting programs have waned over recent years, particularly since it sold and departed from its long-term home in Paddington in 2015. We can only hope that a new organisation or a significantly rethought ACP will emerge from this situation."

Any historian can tell you that the diminution of the arts tends to parallel the rise of barbarism.

"I really loved it when the Australian Centre for Photography was on Oxford St Sydney," Moffatt said. "In the 1980s and 90s I would walk along to it dressed in my New Wave clothes bought at the Paddington Markets and go in and see the latest photo art. I swear to God I saw a real Mapplethorpe exhibition there in the 1980s and I was able to study his velvety black and white printing technique."

Moore said fine art photography would likely survive and prosper despite what had happened to the ACP as there were many galleries and museums showcasing photographic works.

"The important thing is that the ACP was set up as not just a gallery but as an educational institution and as such one that could lead to the acceptance of photography as an art form and increase Australian’s awareness of it’s value and significance in the art world as a whole."

The not so polished love life of TV's queen of clean