A living nightmare! Social media snaps reveal the properties nobody will ever want to live in – from a bathroom with half a toilet to a washing machine suspended above a bath

When it comes to DIY, it is easy to make mistakes. But these outlandish projects are simply unforgivable.

From a toilet in the kitchen to a washing machine above the bath, Russian Instagram account typical.rykozhop documents some of the very worst properties on the internet.

The best – or worst – pictures were shared in a gallery collated by Bored Panda, along with other pictures of terrible mishaps of housing.

Here, FEMAIL reveals the most outrageous design fails from a light switch on a doorway to a toilet dangling over the stairs. 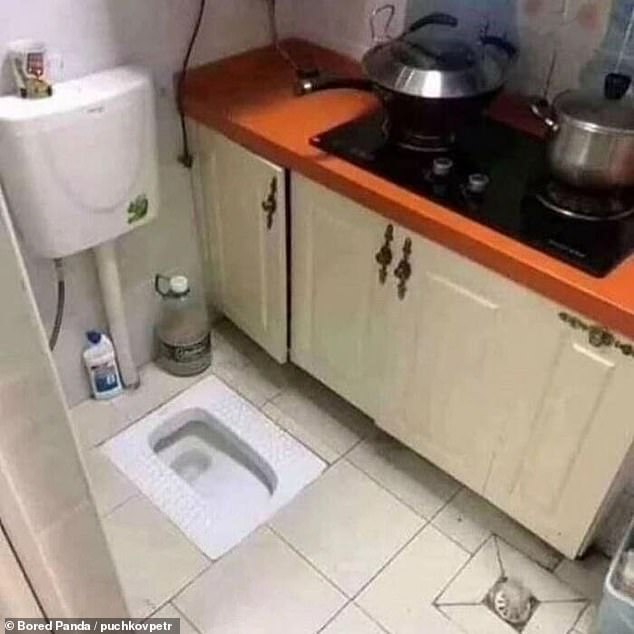 People from Russia have sent the worst design fails they’ve come across. Pictured: A squat toilet in the centre of someone’s kitchen 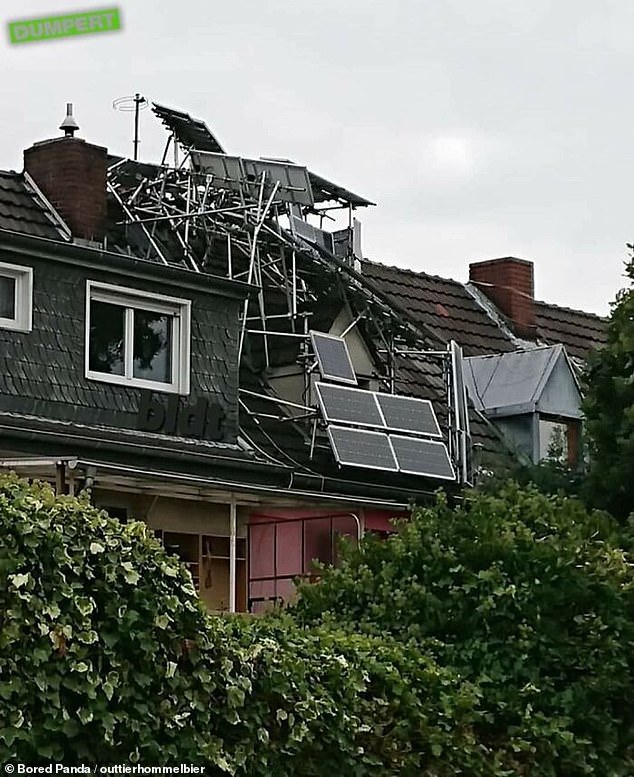 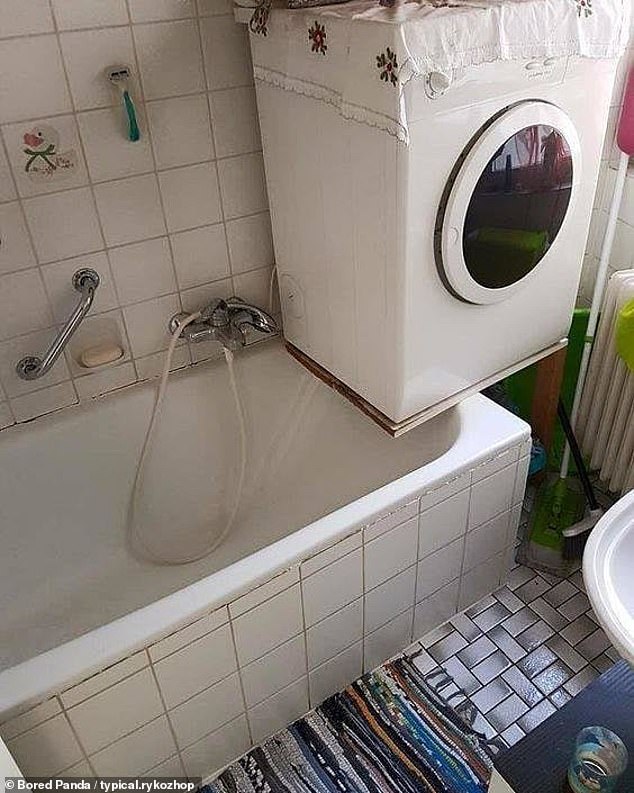 That can’t be safe! An adventurous designer balanced their washing machine on top of their bathtub to optimise space in their bathroom 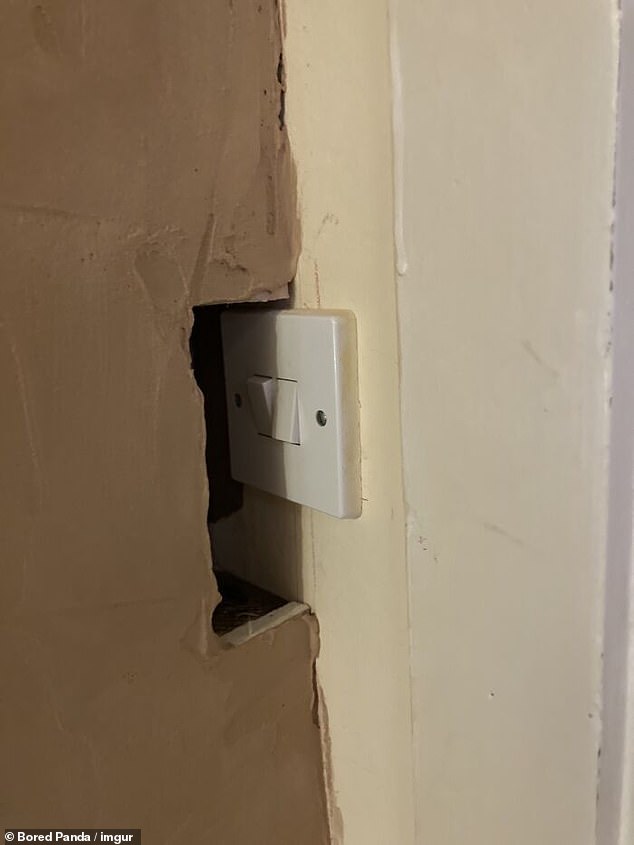 Getting your measurements right is very important! This person had to cut a hole in their wall to fit the plug 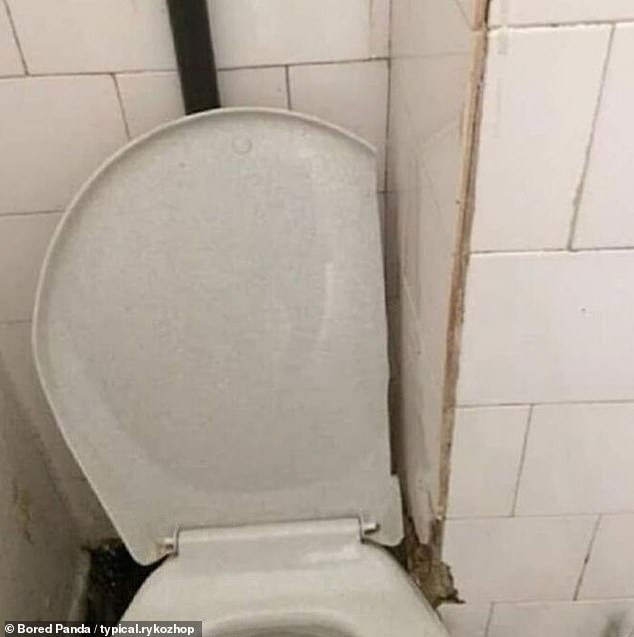 No room? No problem! One person simple cut their toilet seat cover in order for it to fit the tiny space in their bathroom 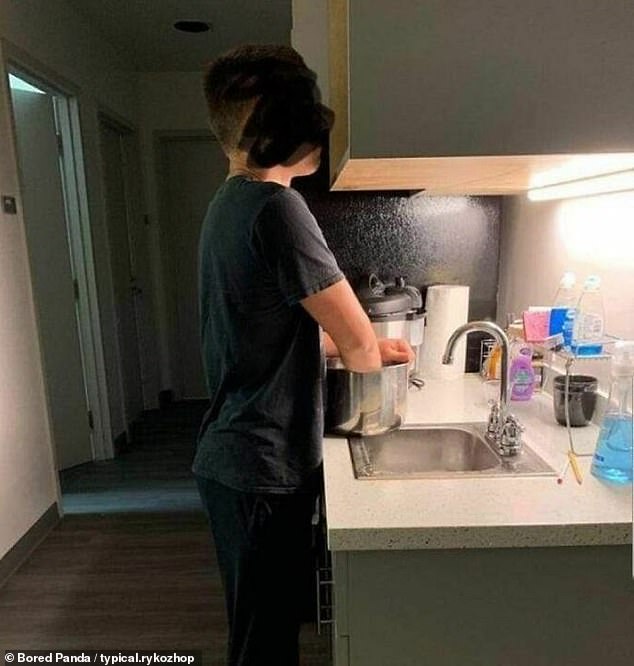 Could have used more planning! A person illustrates why putting a cupboard above your sink is a bad idea 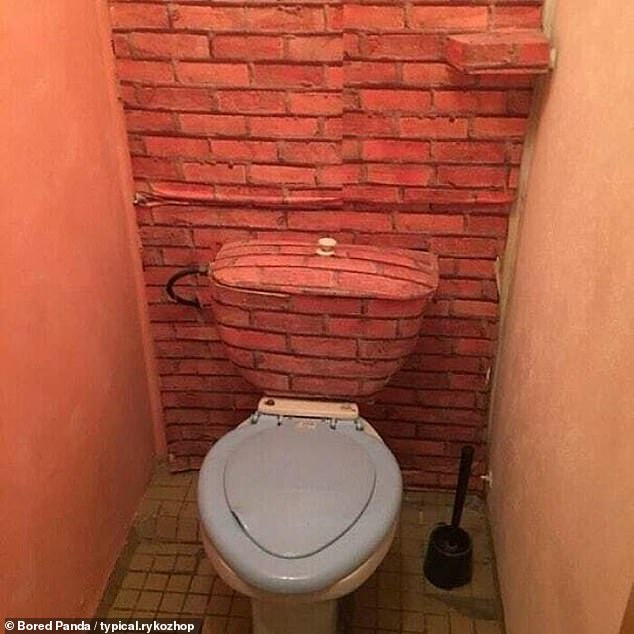 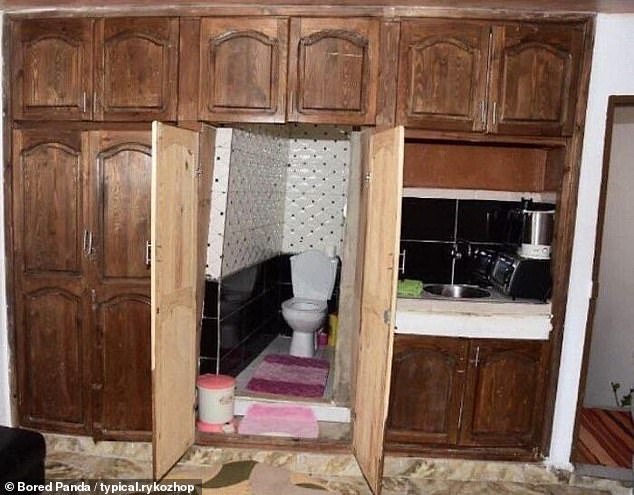 Instead of remodelling their home completely, this person hid their loo in a wooden cupboard in the kitchen 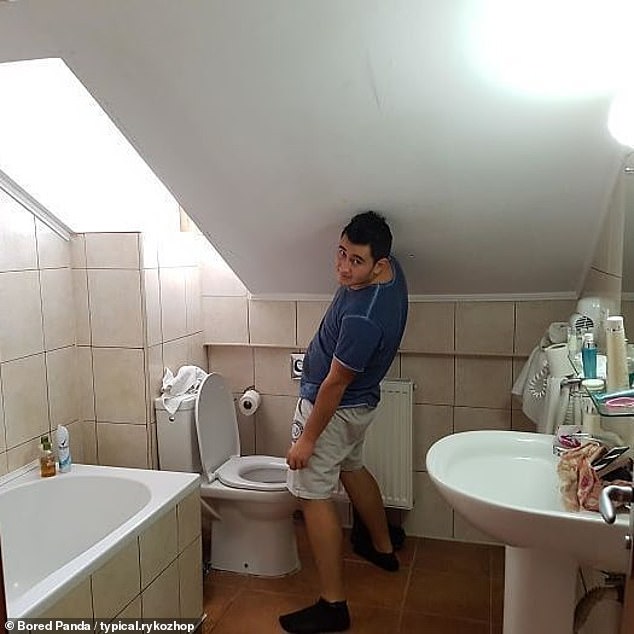 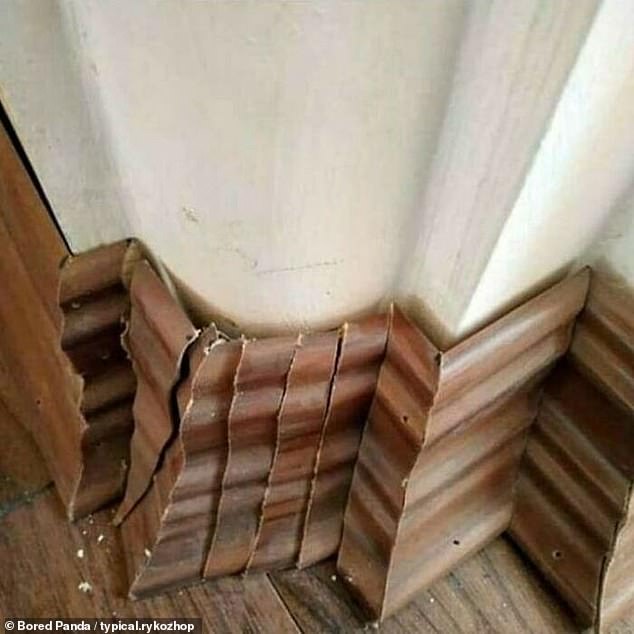 This designer struggled to create even skirting on their wall, but decided to fix the uneven bits of wood to the wall anyways 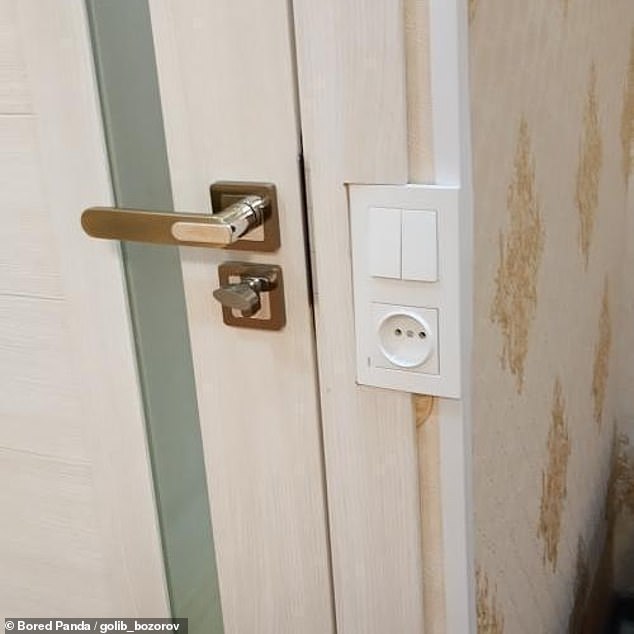 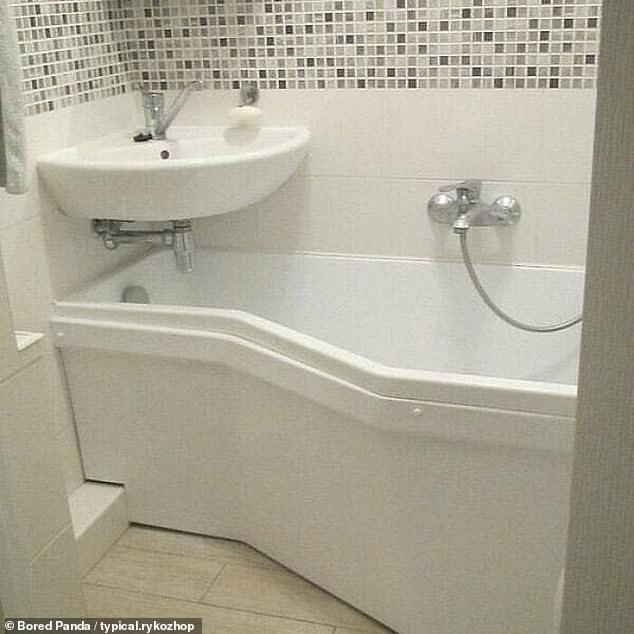 In order to optimise the space in their bathroom, one designer put their sink directly above their bathtub 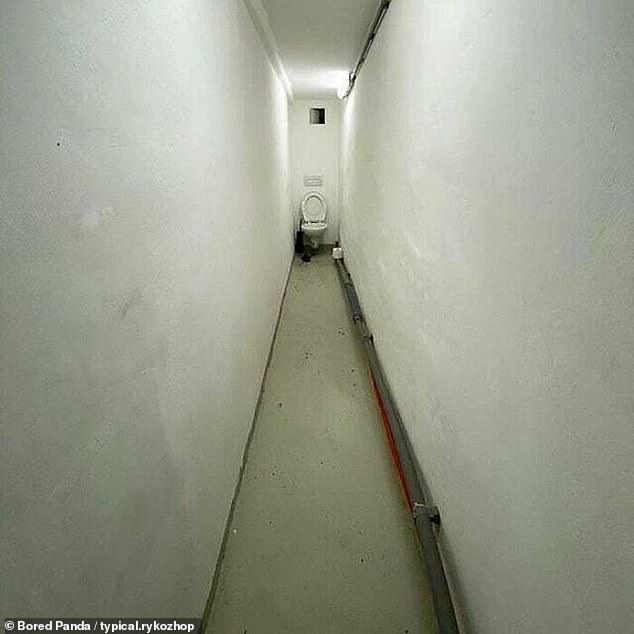 One person put a loo at the end of this nightmarish corridor. The picture ended on a Russian Instagram account dedicated to design fails 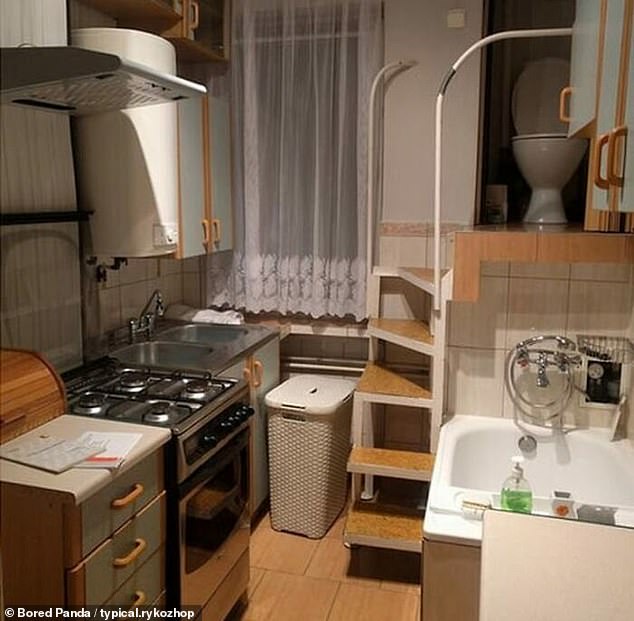 Genius or disturbing? This small set of stairs leads to a not-so-hidden loo in this person’s small kitchen

Coronavirus recovery could be quickest in these cities: report