From a chubby-cheeked baby in her mother’s arms to accompanying the Queen’s coffin on its final journey, photos capture the extraordinary bond between Princess Anne and her dear Mama

Since the Queen’s death on Thursday, the Princess Royal has taken on a leading roles in the processions as her mother’s coffin travels around the country.

Born in 1950, Princess Anne was the Queen’s second child and only daughter, and even went through a rebellious stage as a teenager, once telling photographers to ‘naff off.’ There were also flings, including a kiss and tell from her police bodyguard.

However the Princess Royal, who was renowned for being Prince Philip’s favourite child, became closer to the Queen. The monarch is understood to have come to rely heavily on Anne before her death.

Anne, who describes herself as ‘fuddy duddy’, is regarded by many as the hardest-working member of the royal family, having completed more than 20,000 engagements.

The experts believe that the Queen had given her daughter more and more responsibility as she was someone she could trust. She was similar to her father in character, with one biographer previously writing: ‘She gets on with it – she never complains.’

Strong and opinionated, she has a waspish wit and is a staunch believer in ‘The Firm’, saying of her mother: ‘She is remarkable.’

In a rare interview for a BBC1 documentary to mark the jubilee, she said it was ‘extraordinary’ for anybody to claim her mother has ever not cared about her children.

Anne said her mother was never uncaring, although protocol demanded that her children and grandchildren have to bow or curtsey to her and she spent a lot of time apart from them.

In the interview, Anne explained: ‘I simply don’t believe there is any evidence whatsoever to suggest that she wasn’t caring. It just beggars belief.’

She added: ‘I don’t believe any of us for a second thought that she didn’t care for us in exactly the same way as any other mother did. I just think it extraordinary that anybody could construe that that might not be true.’

The princess said she does not understand people who ask her if she sees the Queen as her mother or as a monarch: ‘She’s my mother and the Queen.’

Shortly before the news of the Queen’s death was announced, the Princess Royal joined other members of the royal family in travelling to Balmoral to be with her mother. It was only she and Prince Charles who were by her side by she died.

Here, FEMAIL reveals the incredible bond between the Queen and Princess Anne. 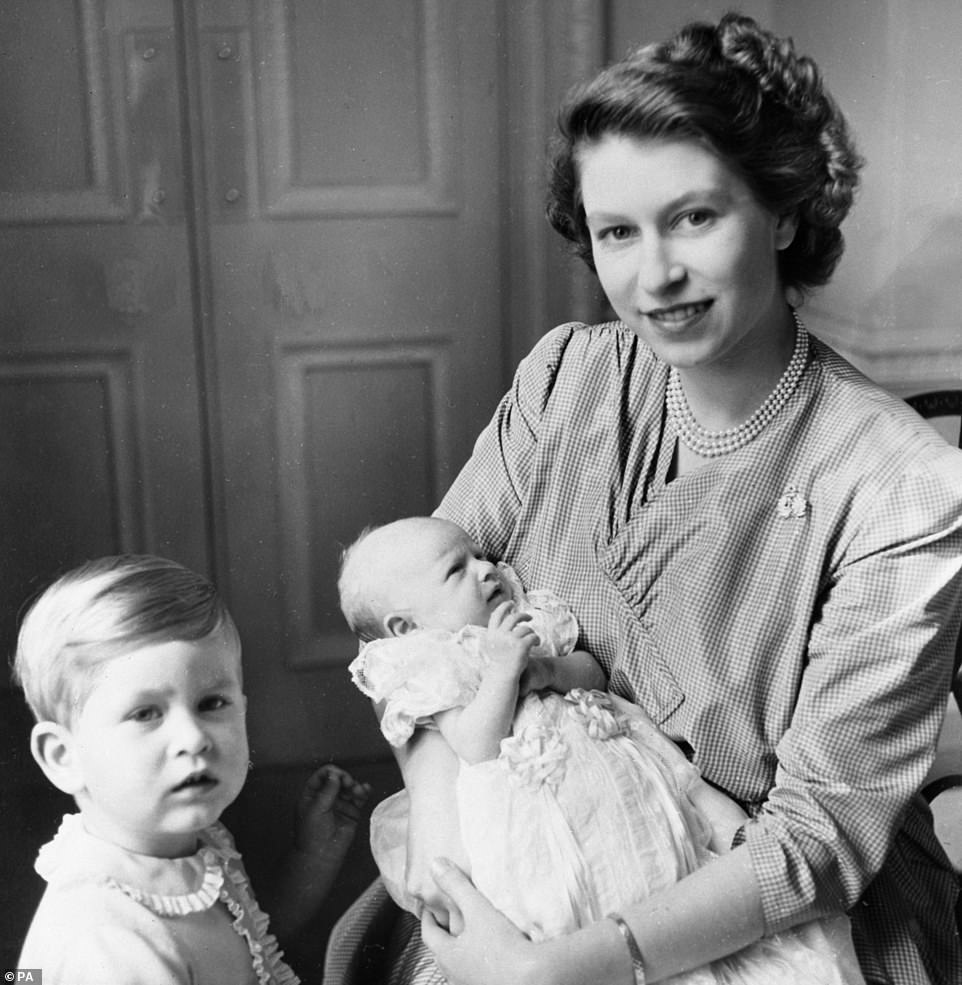 Since the Queen’s death on Thursday, the Princess Royal has taken on a leading roles in the processions as her mother’s coffin travels around the country before Her late Majesty lies in state in London ahead of the funeral on Monday. Here FEMAIL reveals the two women’s extraordinary bond in pictures (pictured, Princess Elizabeth with her two children, Princess Anne and Prince Charles in 1950) 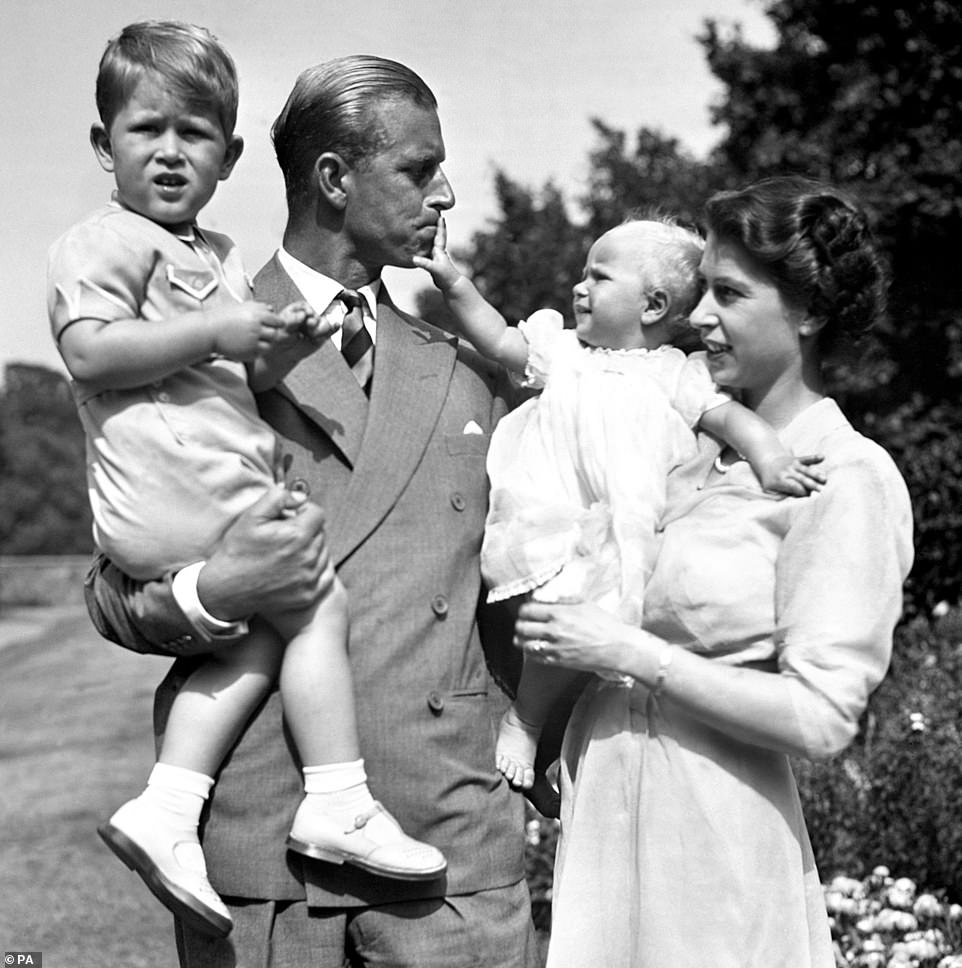 Princess Anne in the arms of Princess Elizabeth, with the Duke of Edinburgh, holding Prince Charles, in the grounds of Clarence House, their London residence in 1951 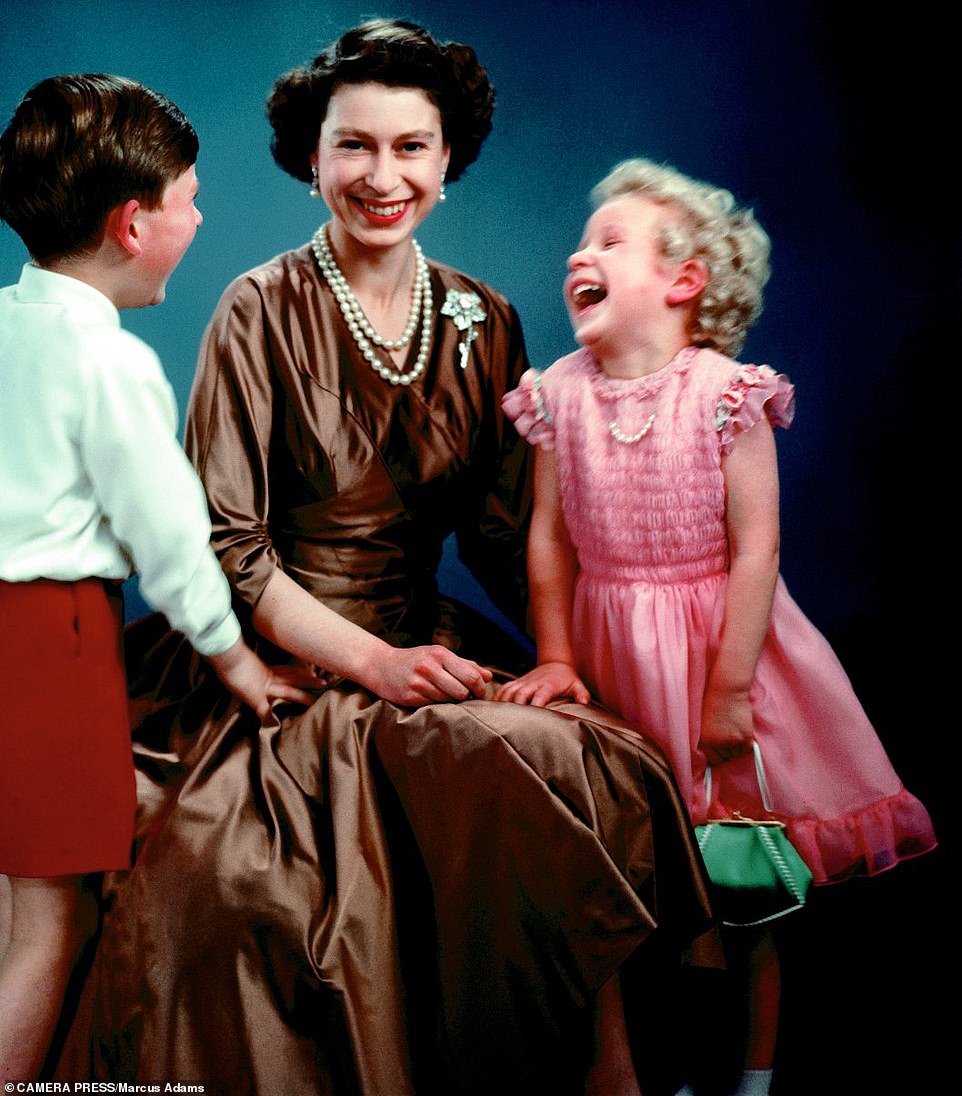 A happy and colourful family portrait. The Queen, still Princess Elizabeth then, with her two eldest children enjoying a relaxed moment in the photography session with Marcus Adams in 1954 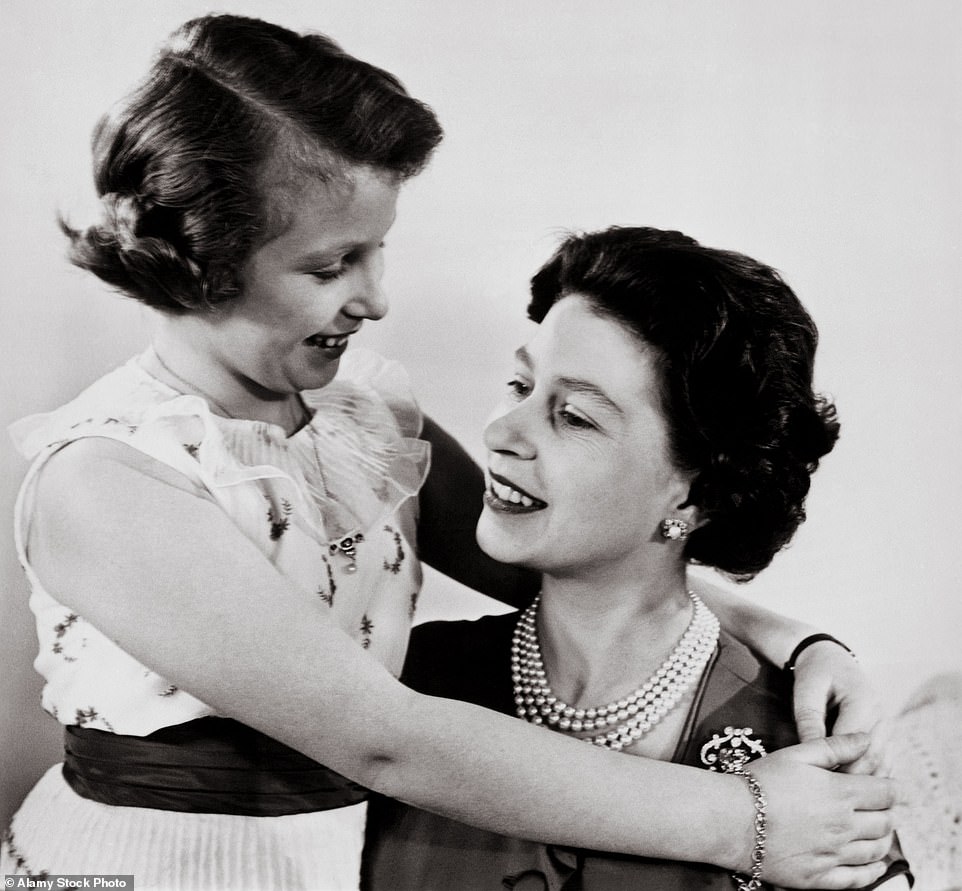 Princess Anne, then 10-years-old, pictured cuddling her mother in a picture from March 1960, seven years after the Queen’s coronation 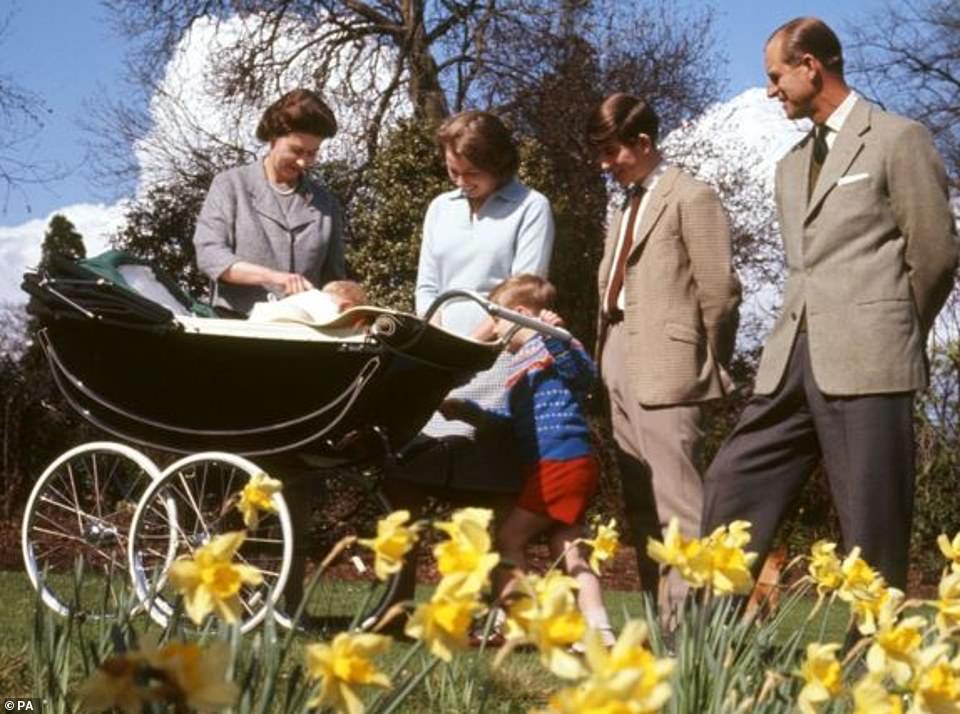 Family day out: Pictured from left, Queen Elizabeth II, baby Prince Edward, Princess Anne, Prince Andrew, Prince Charles and the Duke of Edinburgh, in the gardens of Frogmore House, Windsor, Berkshire, as they celebrate the Queen’s 39th birthday on April 21, 1965. The same pram was used to ferry the Queen’s great-granddaughter Princess Charlotte to her christening 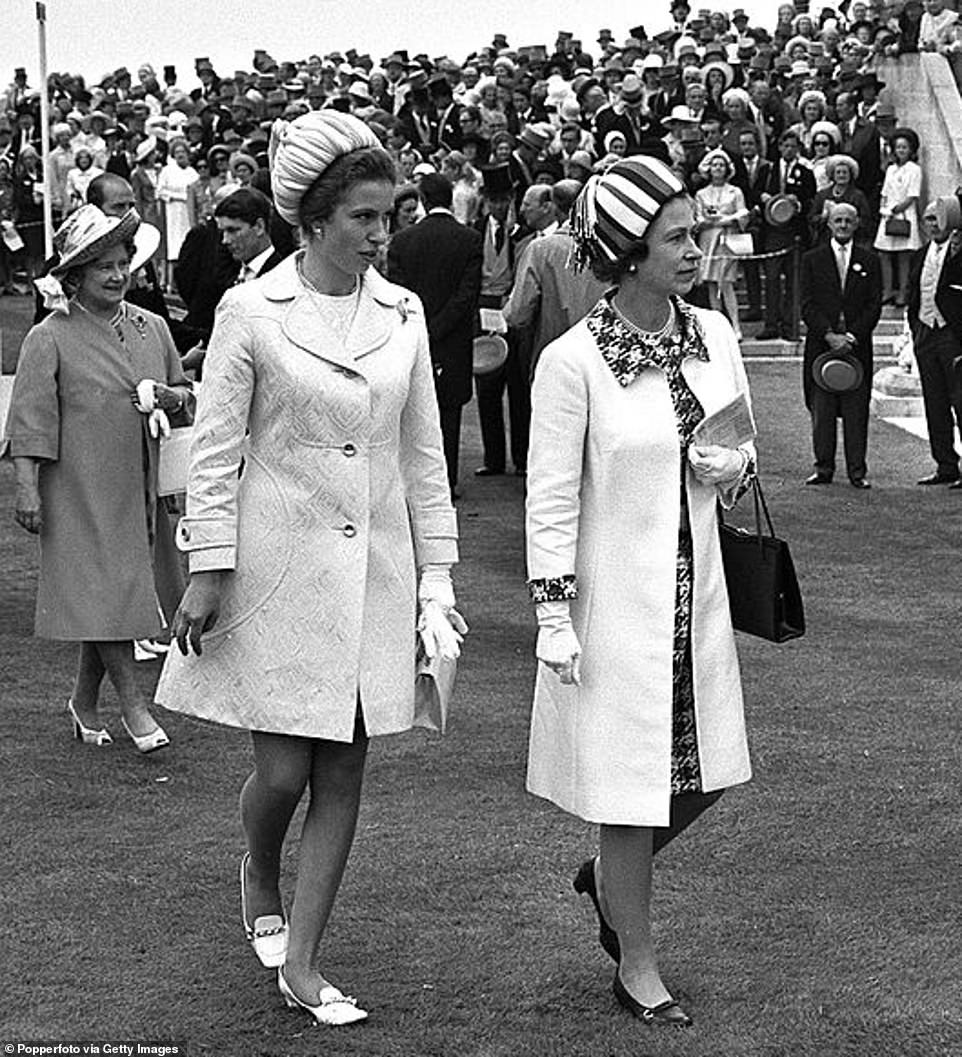 The Queen (right) is pictured with her daughter Princess Anne, followed by the Queen Mother at the Ascot races in 1970. The races would become a passion for both women to enjoy together 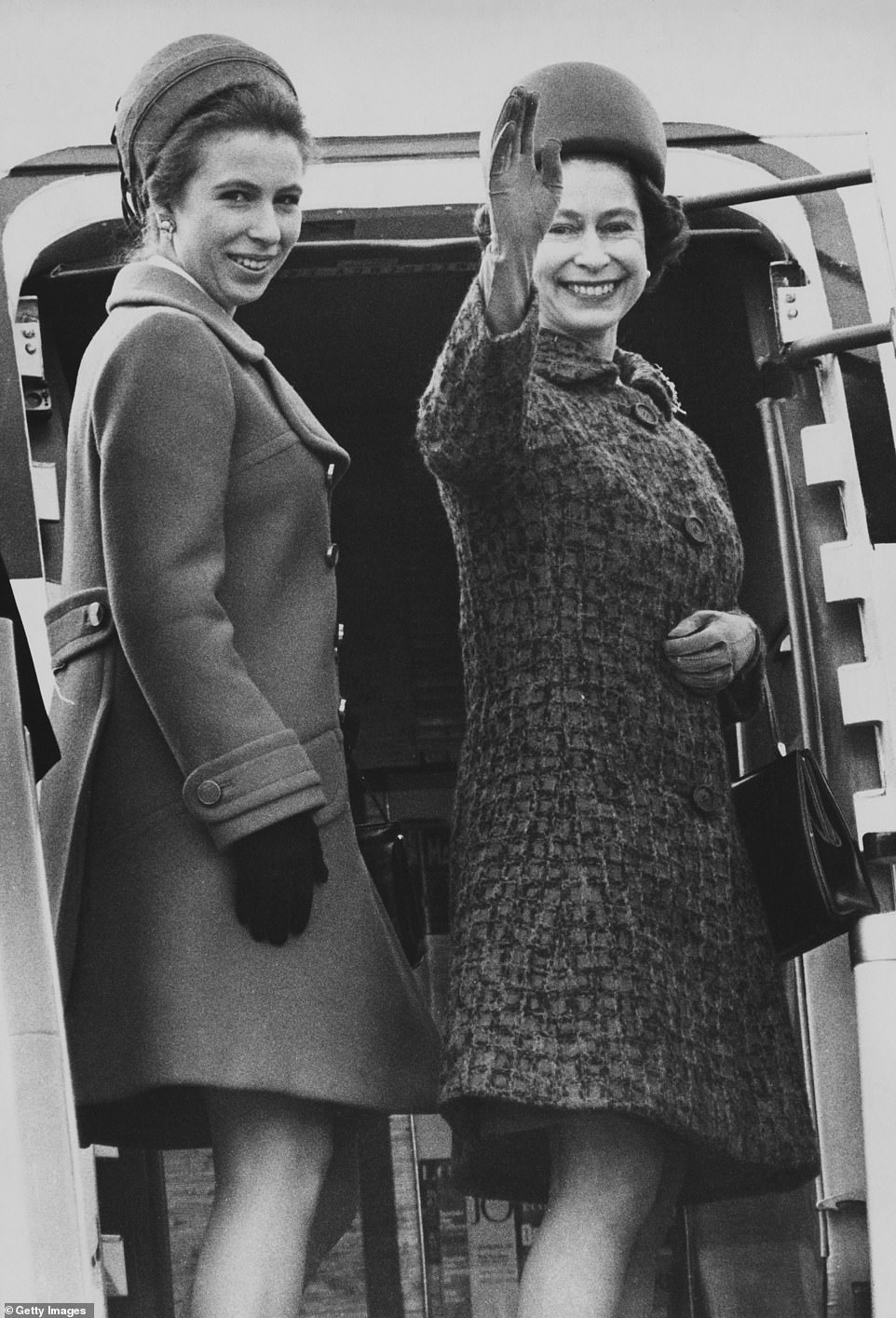 Princess Anne (left) and the Queen boarding a VC-10 airliner at Heathrow Airport, London, at the start of a two-month royal tour of Australia and New Zealand, 2nd March 197 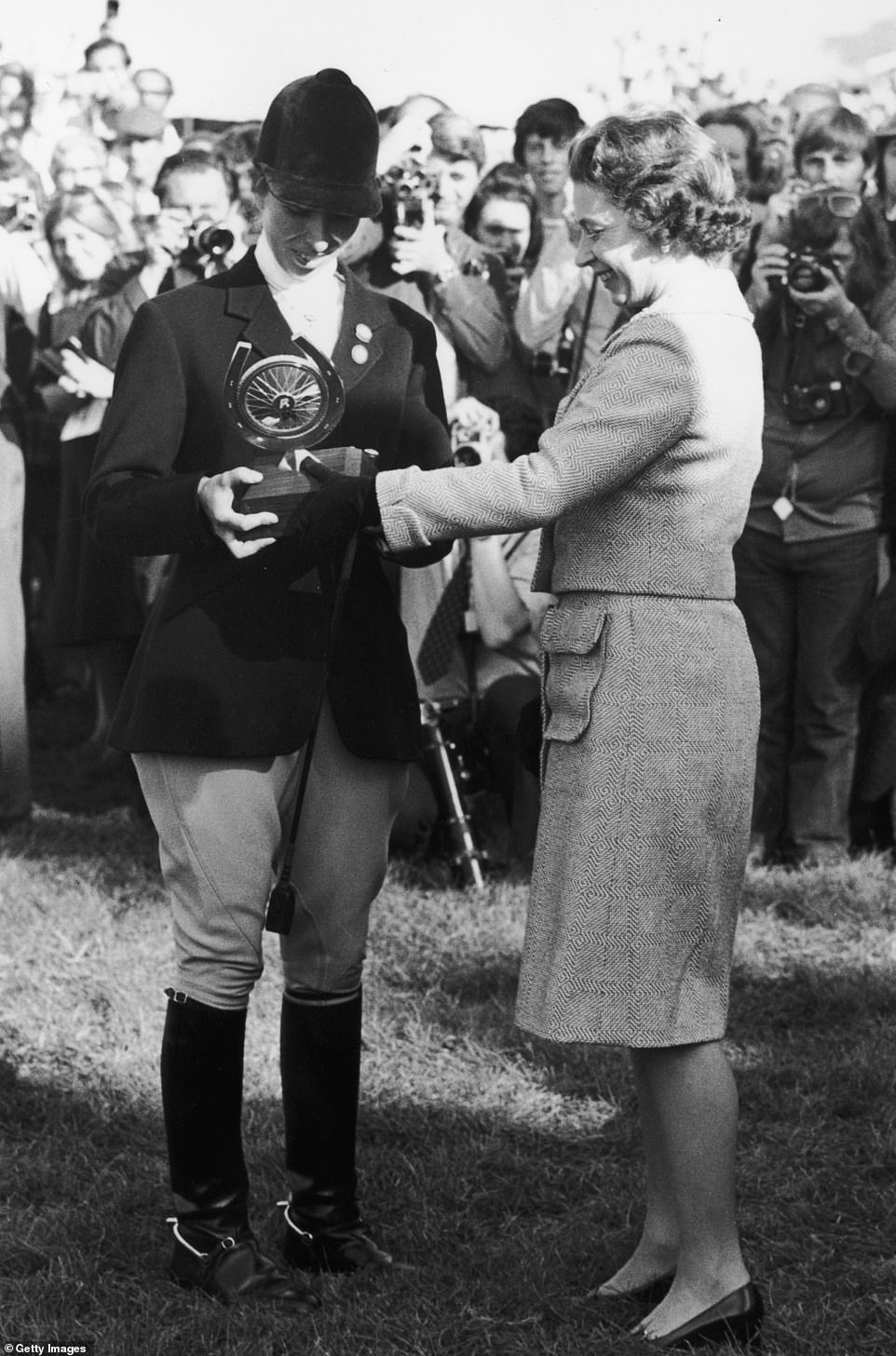 The Queen presented the Raleigh trophy to her daughter Princess Anne, winner of the individual European three-day event at Burghley, Lincolnshire, 6th September 1971 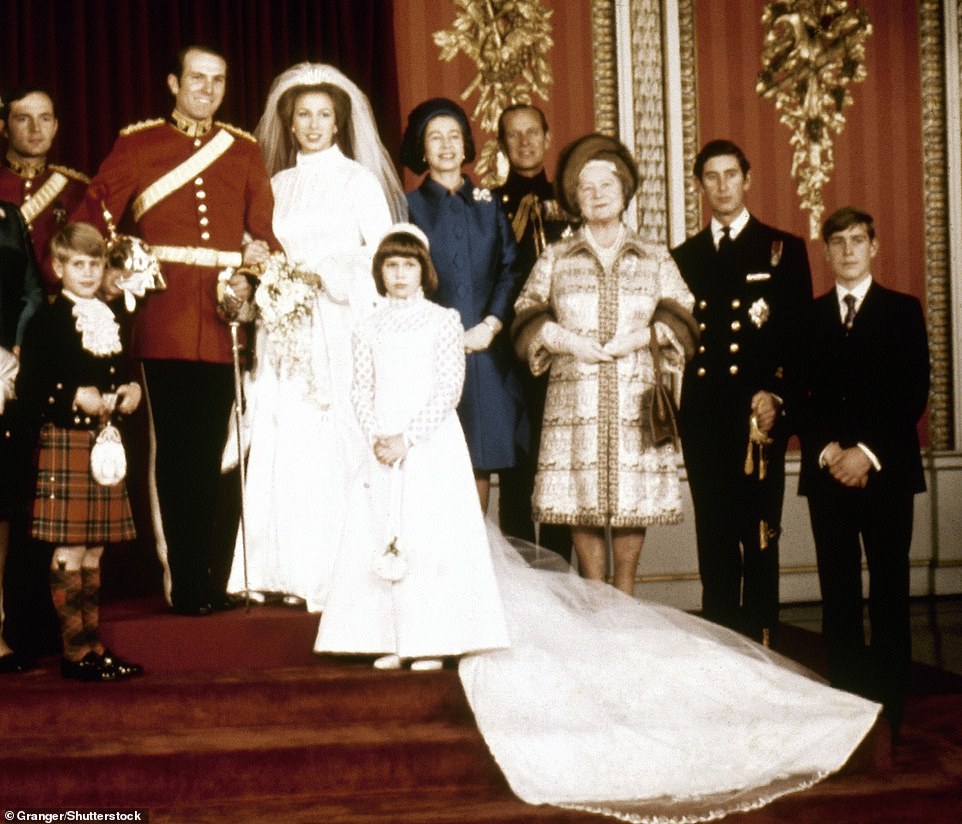 Princess Anne at the wedding to her first husband Captain Mark Philips in 1973. The couple later went on to get divorced (pictured) 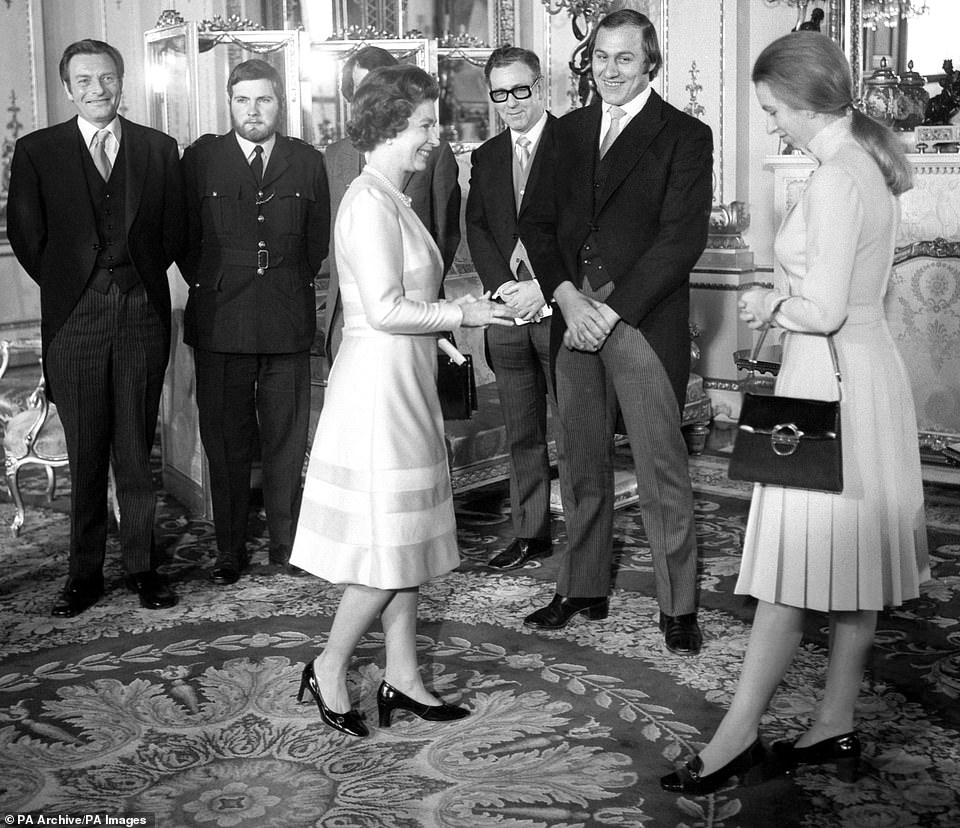 Ceremony: The Queen and Princess Anne in Buckingham Palace on November 26, 1974, with some of the heroes being decorated after helping Anne during an attempt to kidnap her as she was driven back to the Palace along Pall Mall. When armed kidnapper Ian Ball, who was going to demand £3million for her release, instructed Anne to get out of the car, she retorted that his plot was not ‘bloody likely’ to work 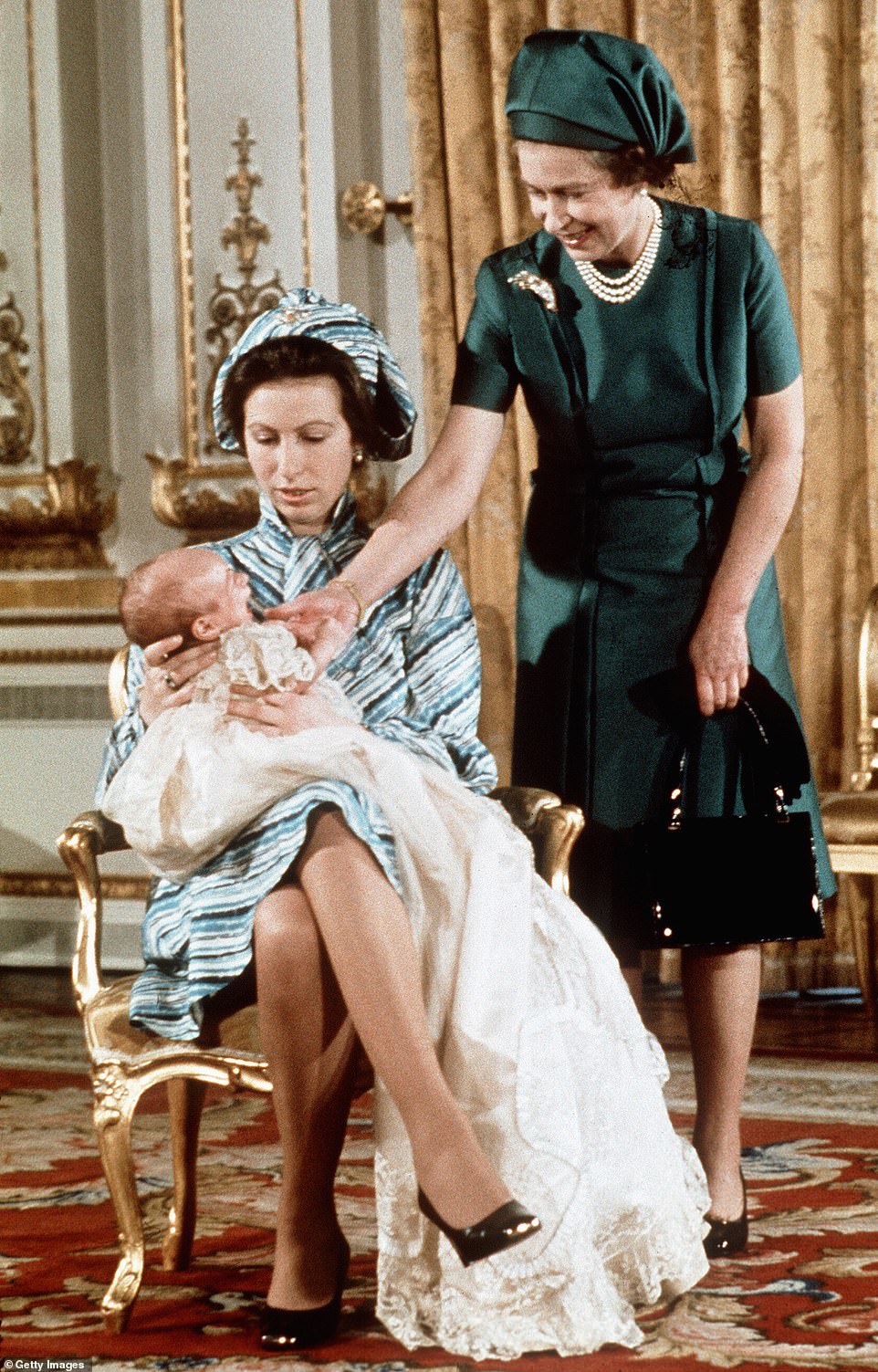 The Queen with Princess Anne and her first grandchild, Peter Phillips, pose for a photograph on November 20, 1977 at Balmoral 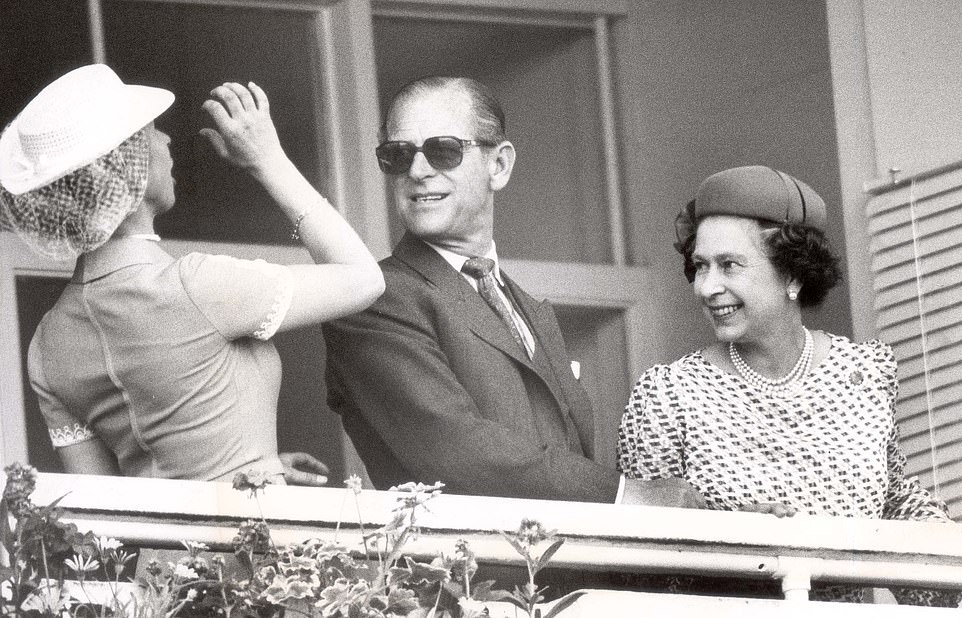 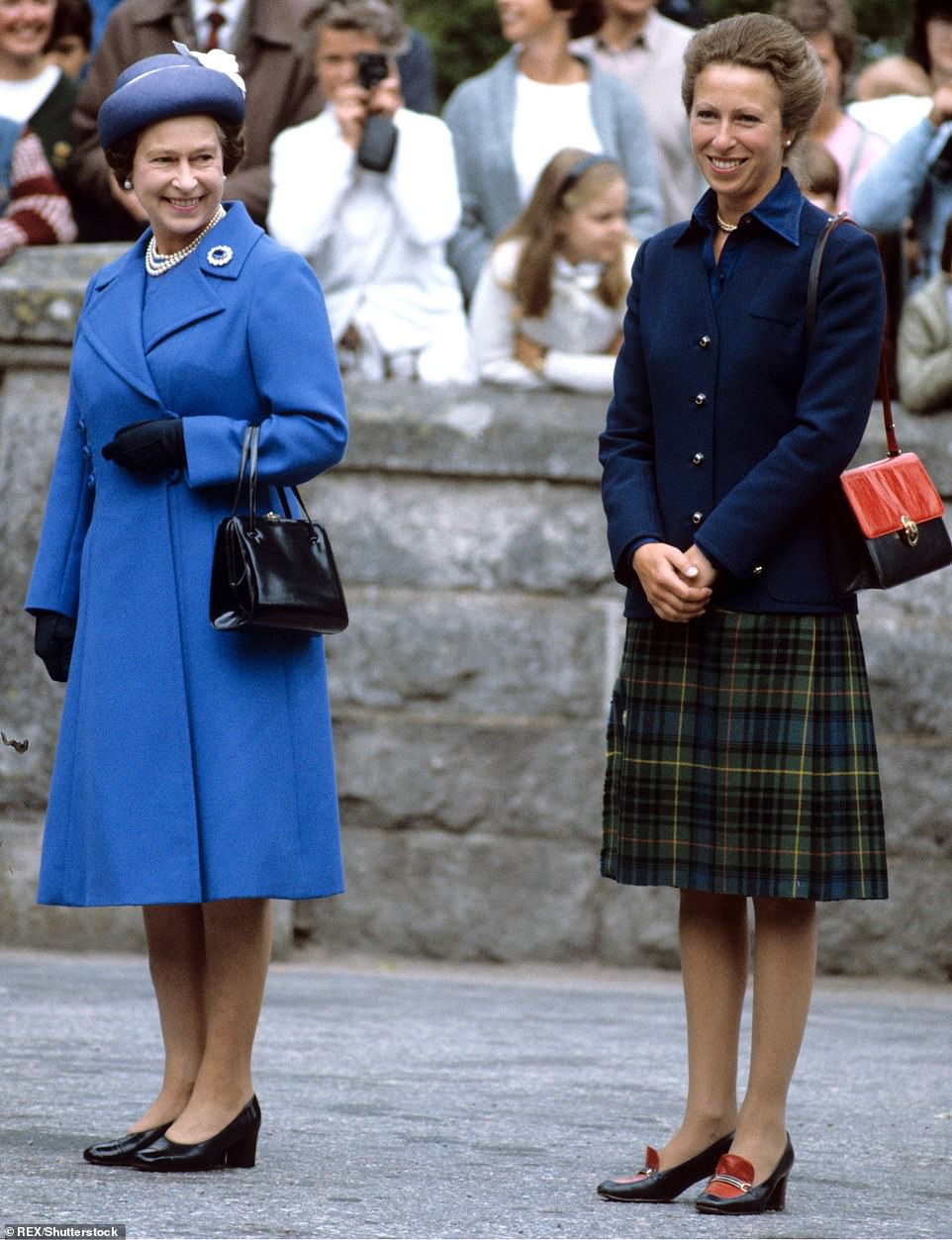 In August 1983, the Queen and her daughter Princess Anne were matching in their blue outfits as they holidayed in Balmoral (pictured) 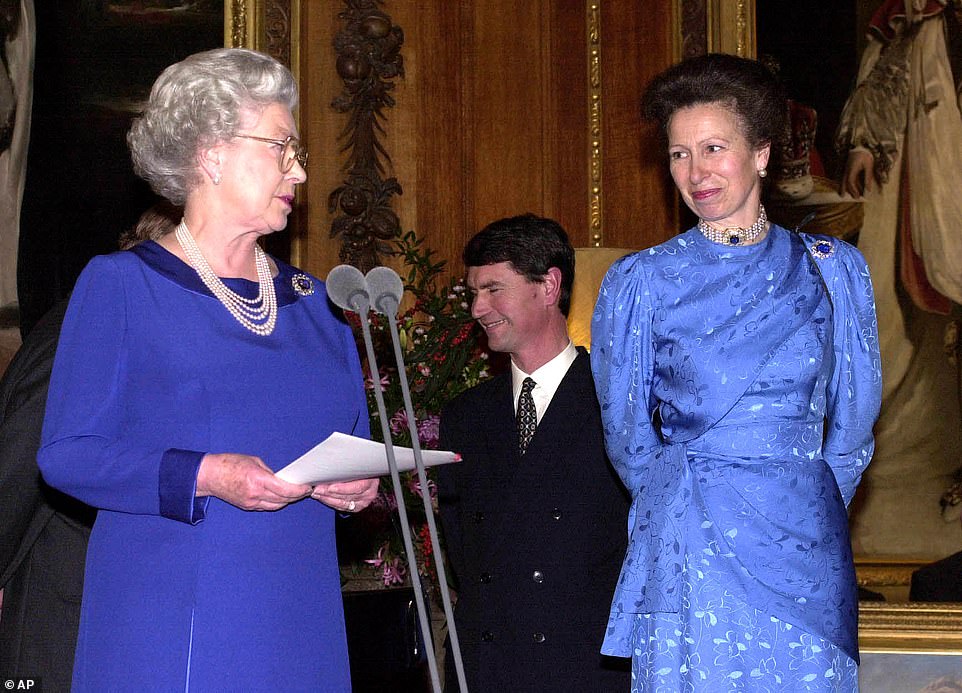 Princess Anne and her mother shared a smile as the Queen  addressed a party at Windsor Castle, England, in November 2000, held in honor of her daughter, right, and attended by guests from charities and organisations for which the Princess worked 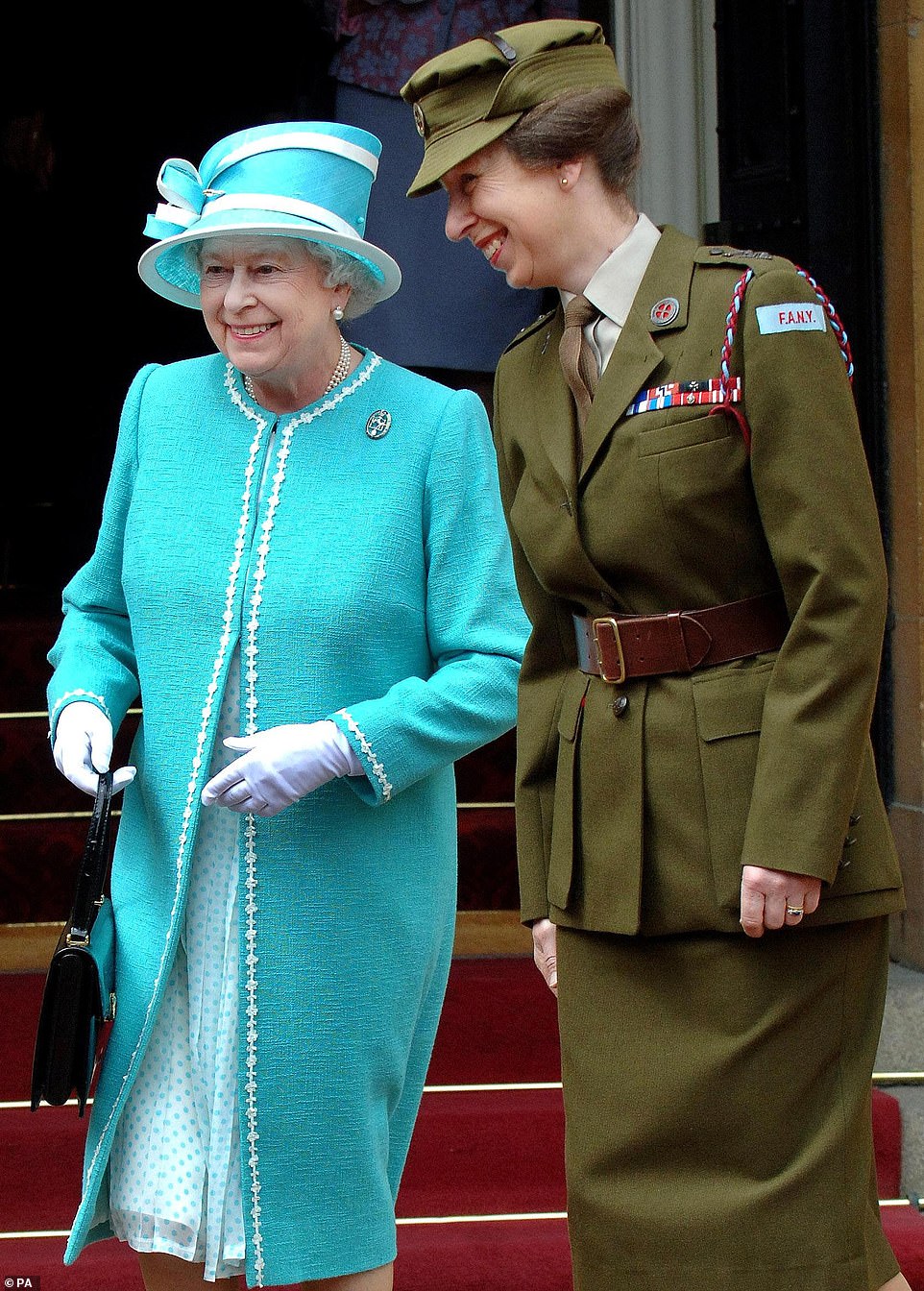 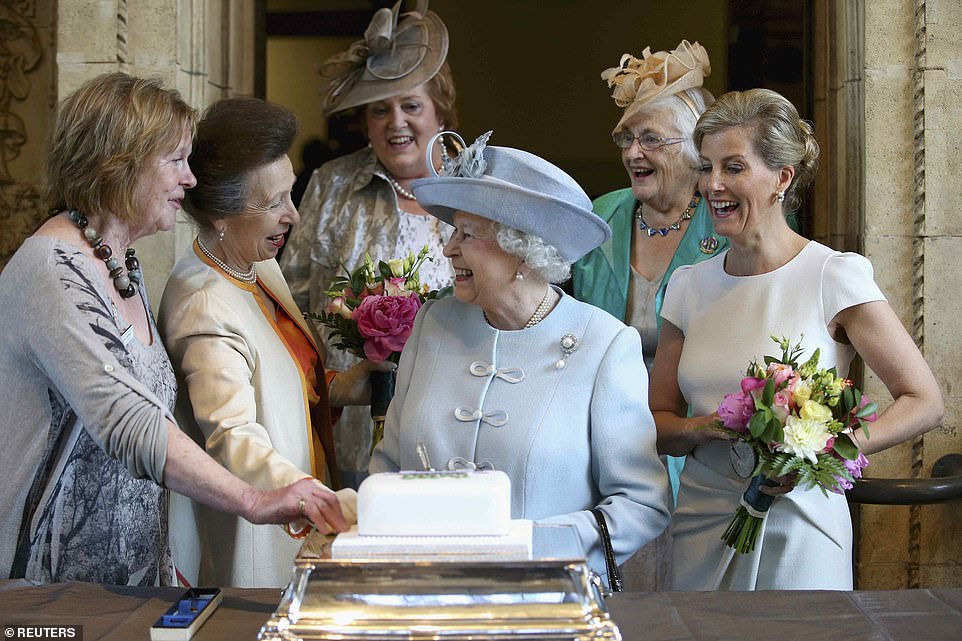 Sophie, Countess of Wessex and Princess Anne watched as the Queen cuts a Women’s Institute Celebrating 100 Years cake, at the centenary annual meeting of The National Federation Of Women’s Institute, at the Royal Albert Hall 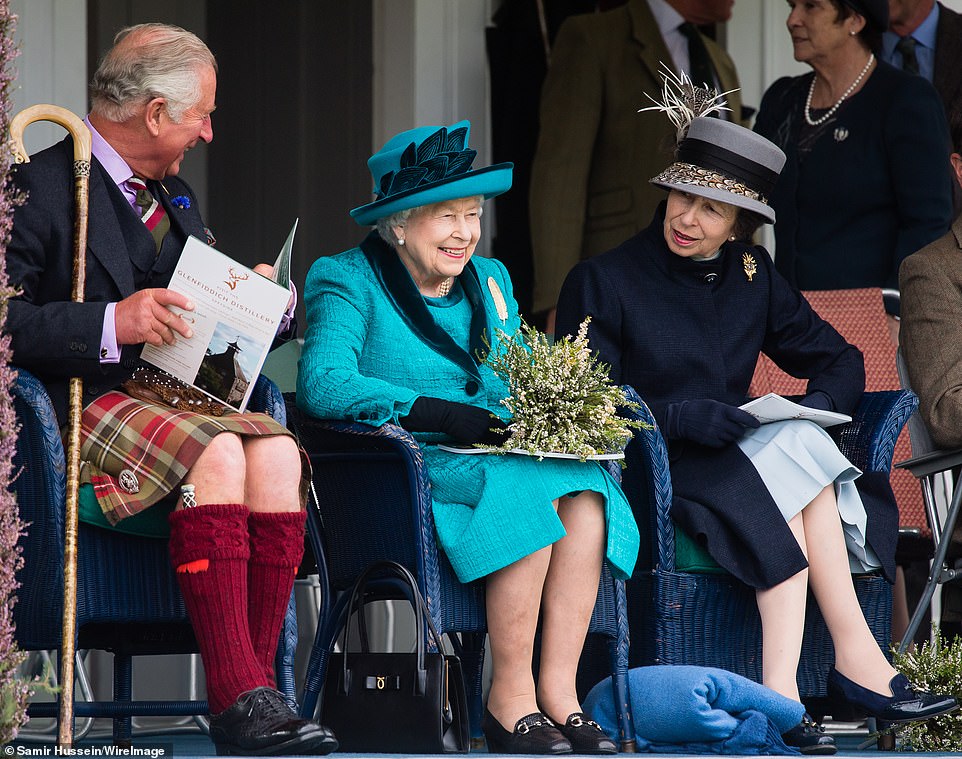 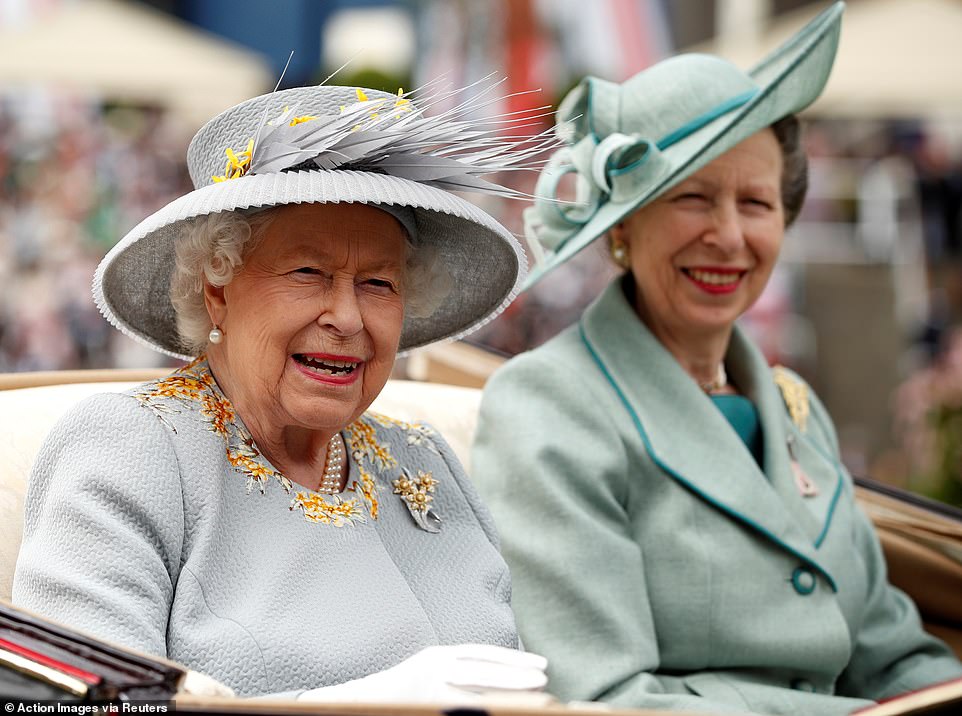 The Royal Ascot was among the highlights of the royal calendar for both the Queen and her daughter, the Princess Royal – and they often attended the event together (pictured in June 20, 2019) 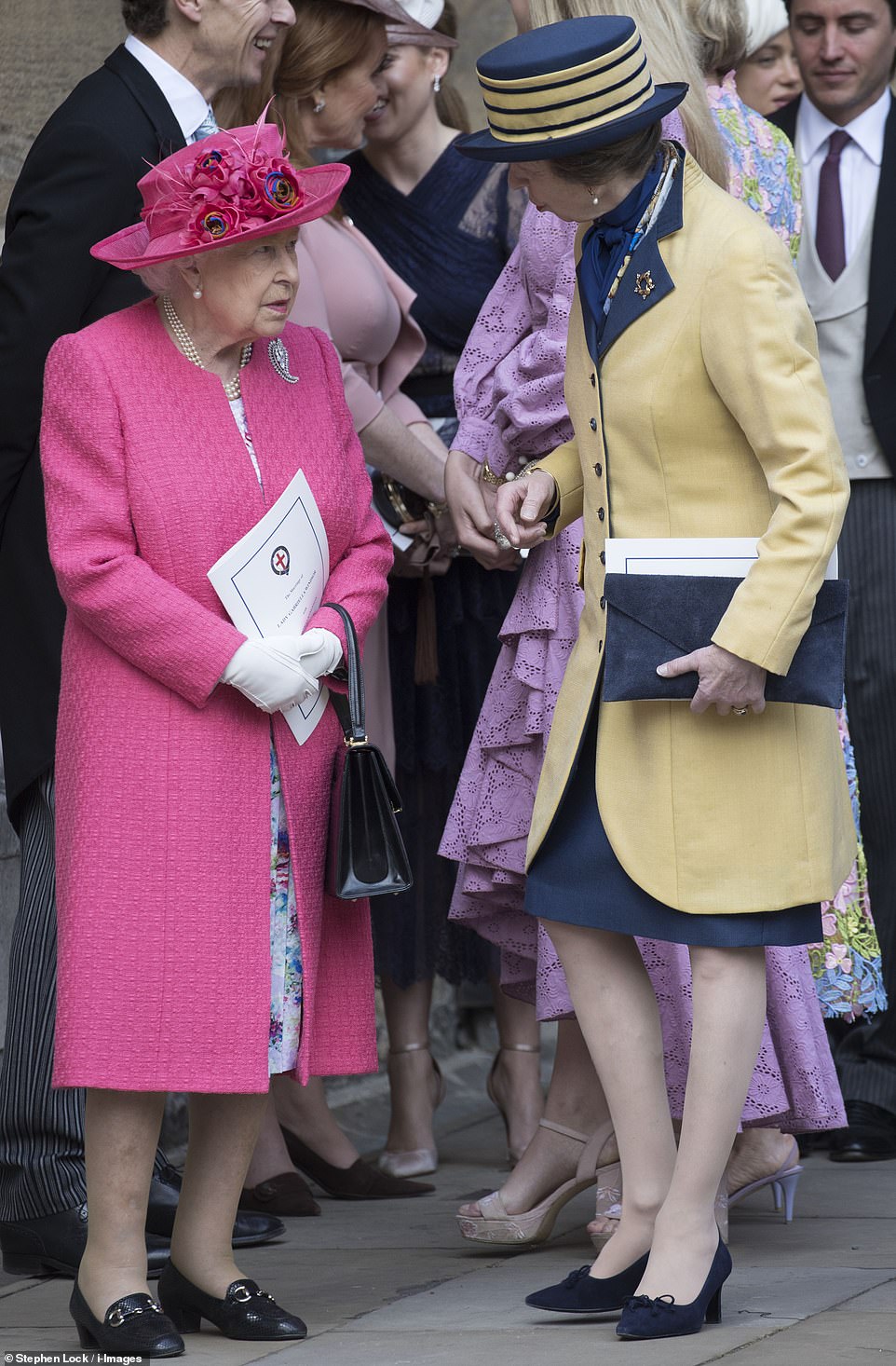 The Queen and Princess Royal shared a moment together at  Lady Gabriella Windsor’s wedding at St.George’s Chapel, Windsor in May 2019 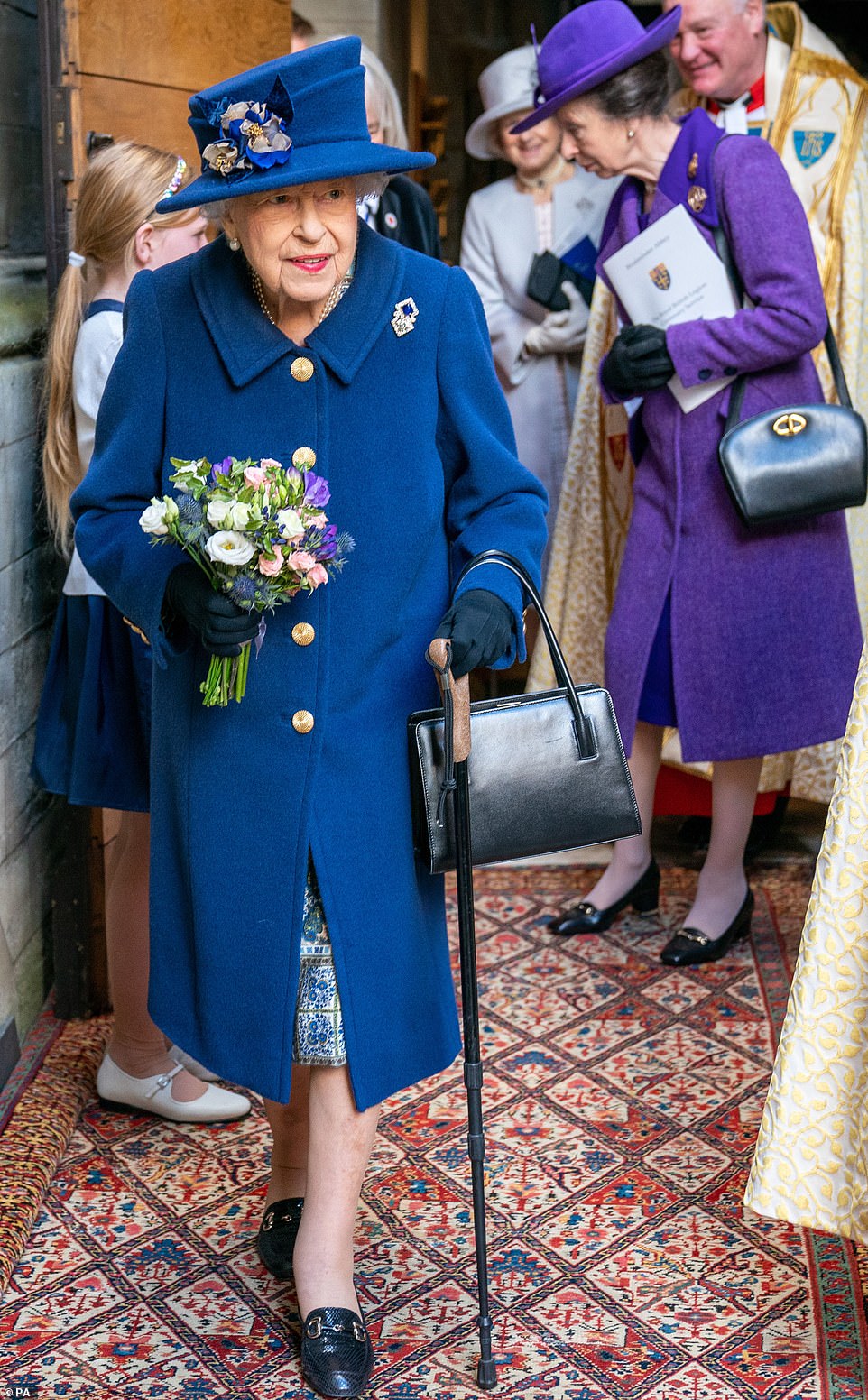 The Princess Royal attended many events with the Queen in the monarch’s final years, including a Service of Thanksgiving at Westminster Abbey in London to mark the Centenary of the Royal British Legion in October 2021. It marked the first time the Queen had been seen carrying her cane in public 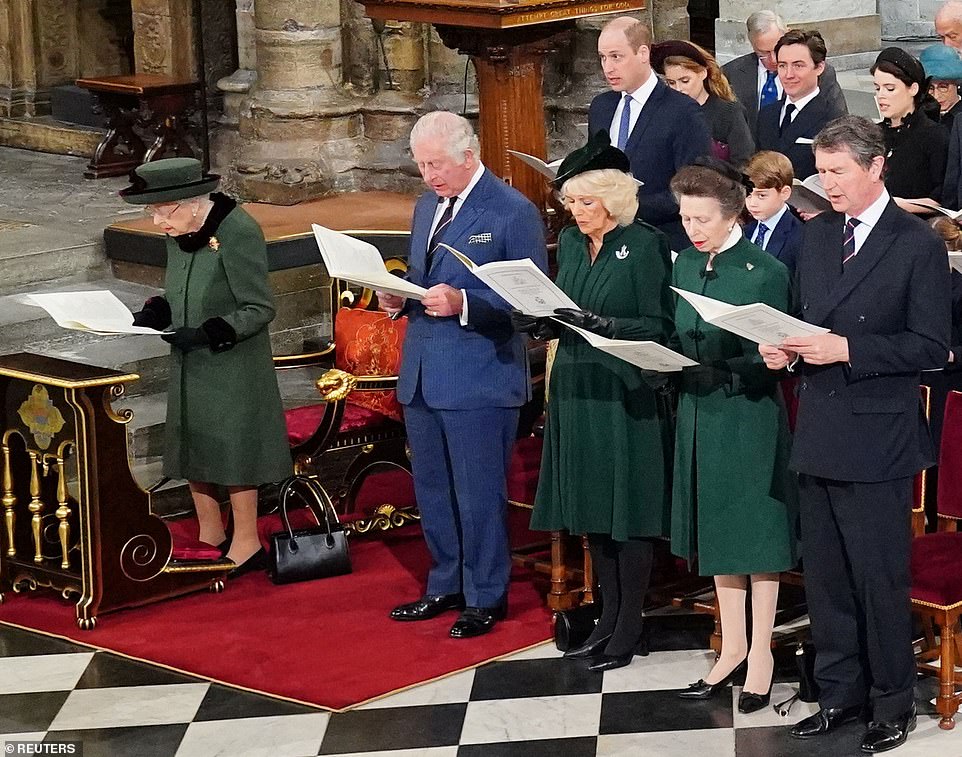 The Princess Royal stood alongside her brother, then Prince Charles, her sister-in-law Camilla and her own husband Sir Tim Laurence as they joined the Queen at the service of thanksgiving for Prince Philip in March 2022 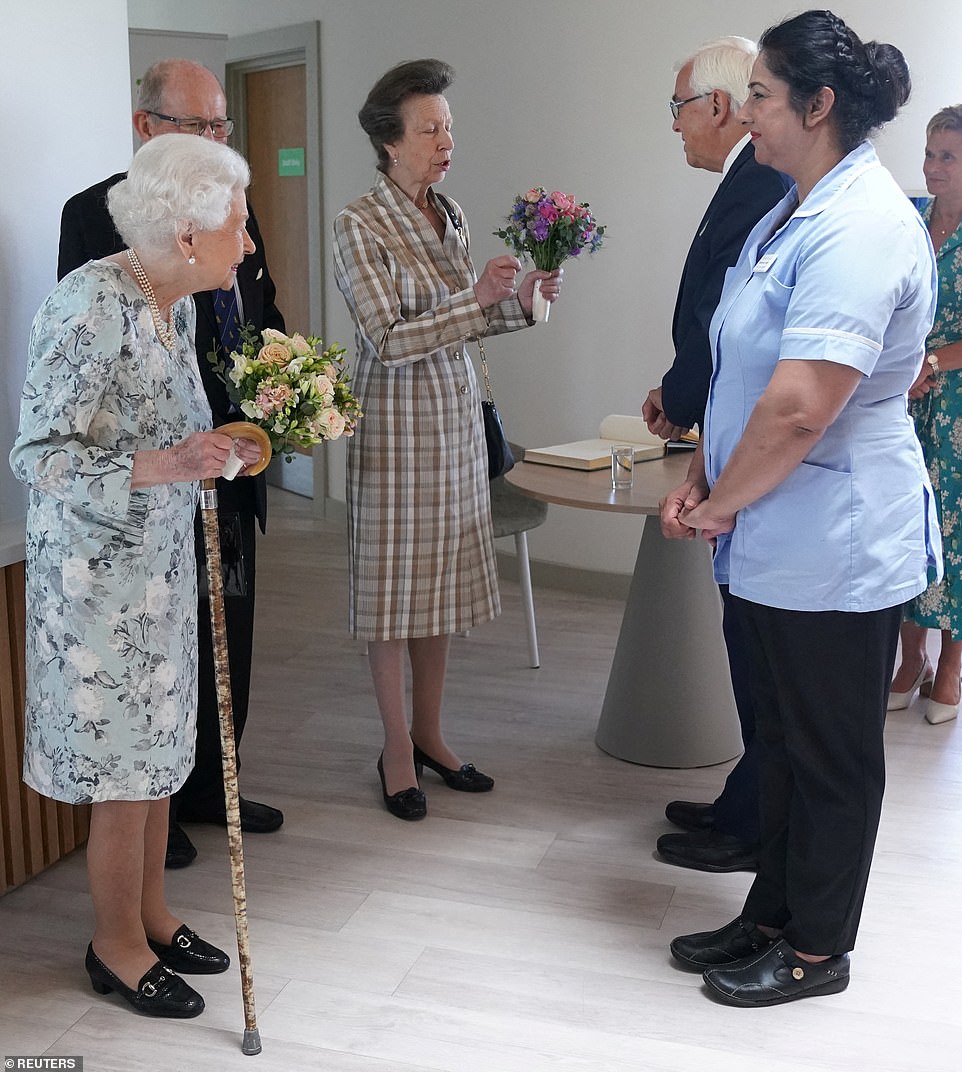 The Queen’s final ever public engagement was a joint visit with Princess Anne to a hospice in Maidenhead in July 2022 (pictured, together during the visit) 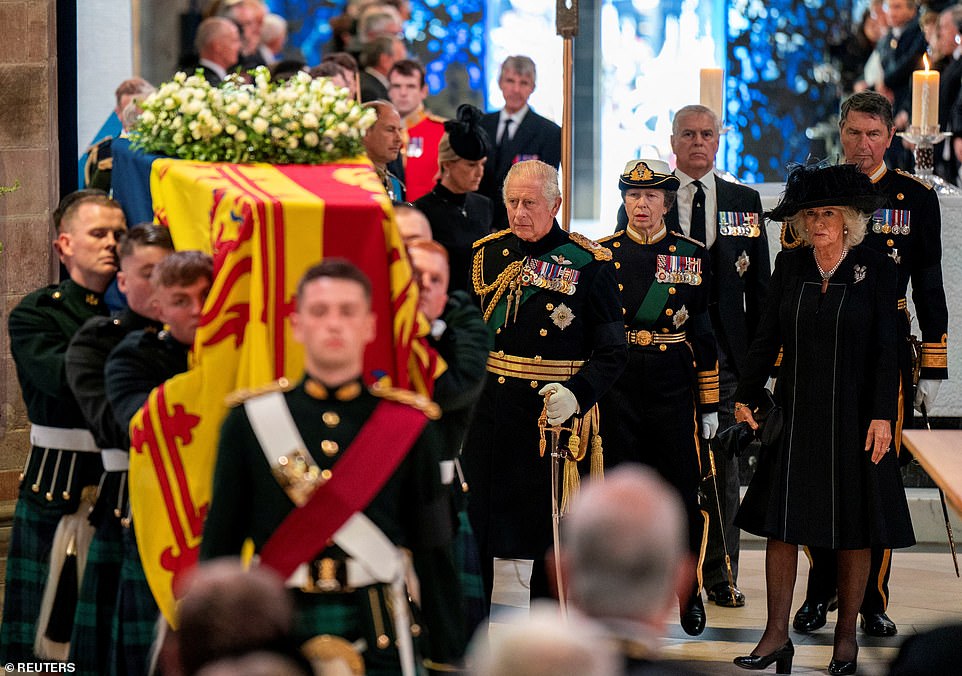 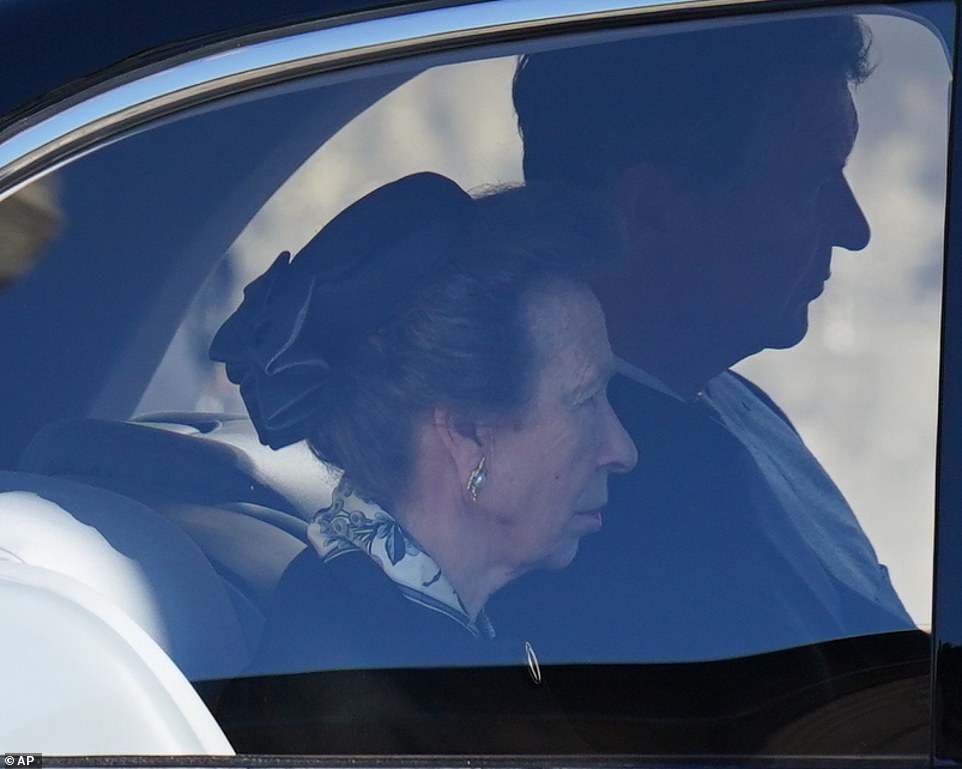 The Princess Royal and Tim Laurence travelledfrom the Palace of Holyroodhouse to St Giles’ Cathedral, Edinburgh, Tuesday, for a prayer service for the Queen

How To Be Less Jealous In Your Relationship