Standing by her man. Pregnant Rihanna showed support for her boyfriend, ASAP Rocky, at his first concert since he was arrested last month.

Rihanna and ASAP Rocky: A Complete Timeline of Their Relationship

The Grammy winner, 34, attended the Smoker’s Club Festival in Los Angeles on Saturday, April 30, which marked the first time the “Peso” rapper, 33, took the stage since he was arrested in connection with a November 2021 shooting. In photos obtained by TMZ, the “Diamonds” singer stood backstage in a long coat while her beau performed his hits.

The New York City native was taken into custody by the Los Angeles Police Department on April 20 after he returned to the U.S. from a vacation with Rihanna in her native Barbados. According to a statement from the LAPD, the “Fashion Killa” artist was charged with assault with a deadly weapon following an alleged altercation that occurred last year.

Per the police report, the musician allegedly fired a handgun at an “acquaintance” after the two had a heated argument. Rocky reportedly fled the scene on foot with two other men, while the victim sustained minor injuries. (A representative for the BET Award winner did not respond to Us Weekly’s request for comment at the time.) 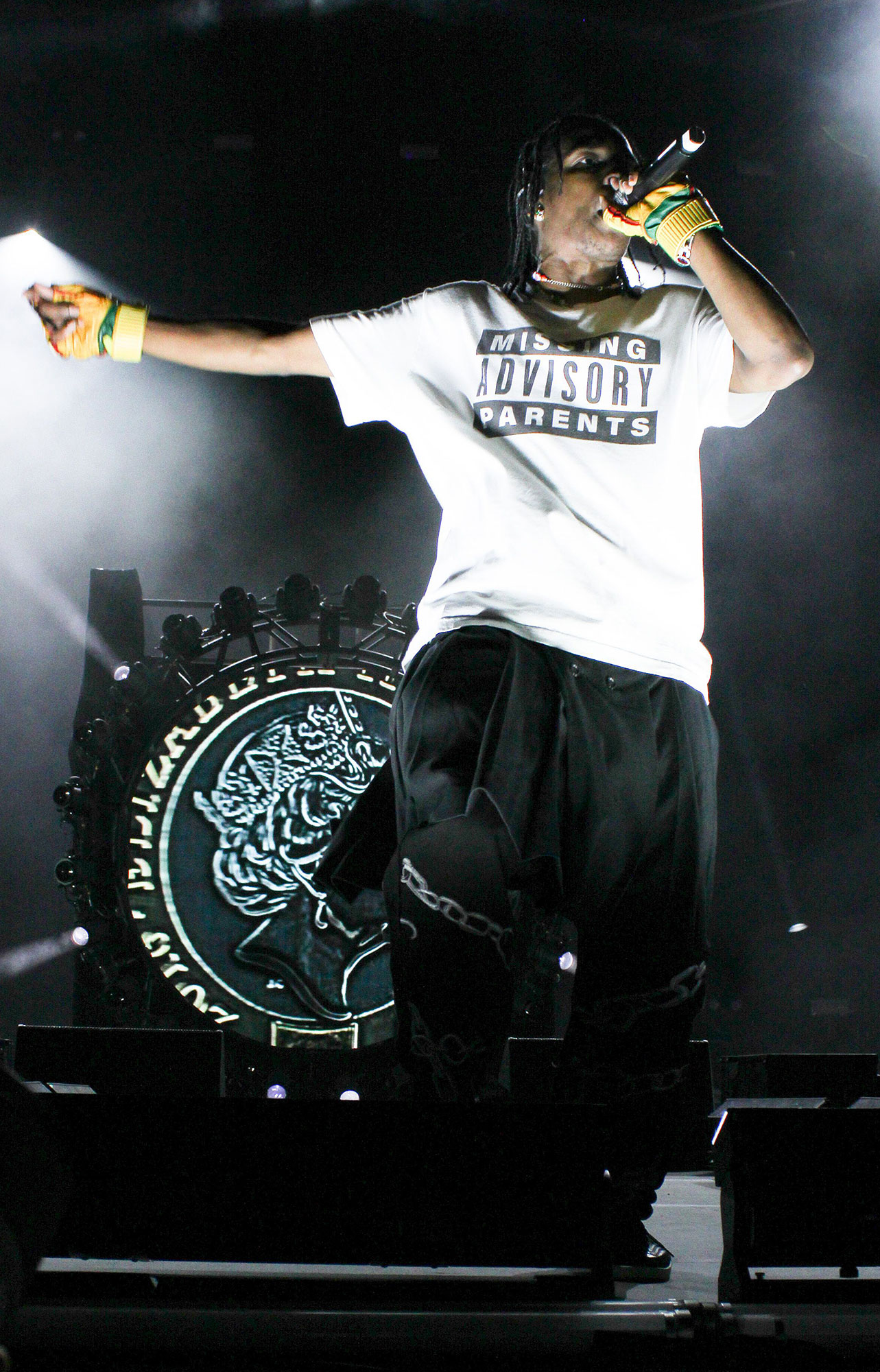 The Dope actor was released on $550,000 bail several hours after his arrest. His next court date is set for August 17.

“[Rihanna] hasn’t spoken much about [the arrest],” an insider exclusively told Us of the Fenty Beauty founder last month. “She’s truly focused on her pregnancy and not trying to get too stressed. She is very confident about everything and has told friends she just hopes for a positive outcome.”

The “Work” songstress and her boyfriend announced in January that they are expecting their first child. In May 2021, Rocky — whose real name is Rakim Mayers — confirmed that he and the Battleship star are a couple. 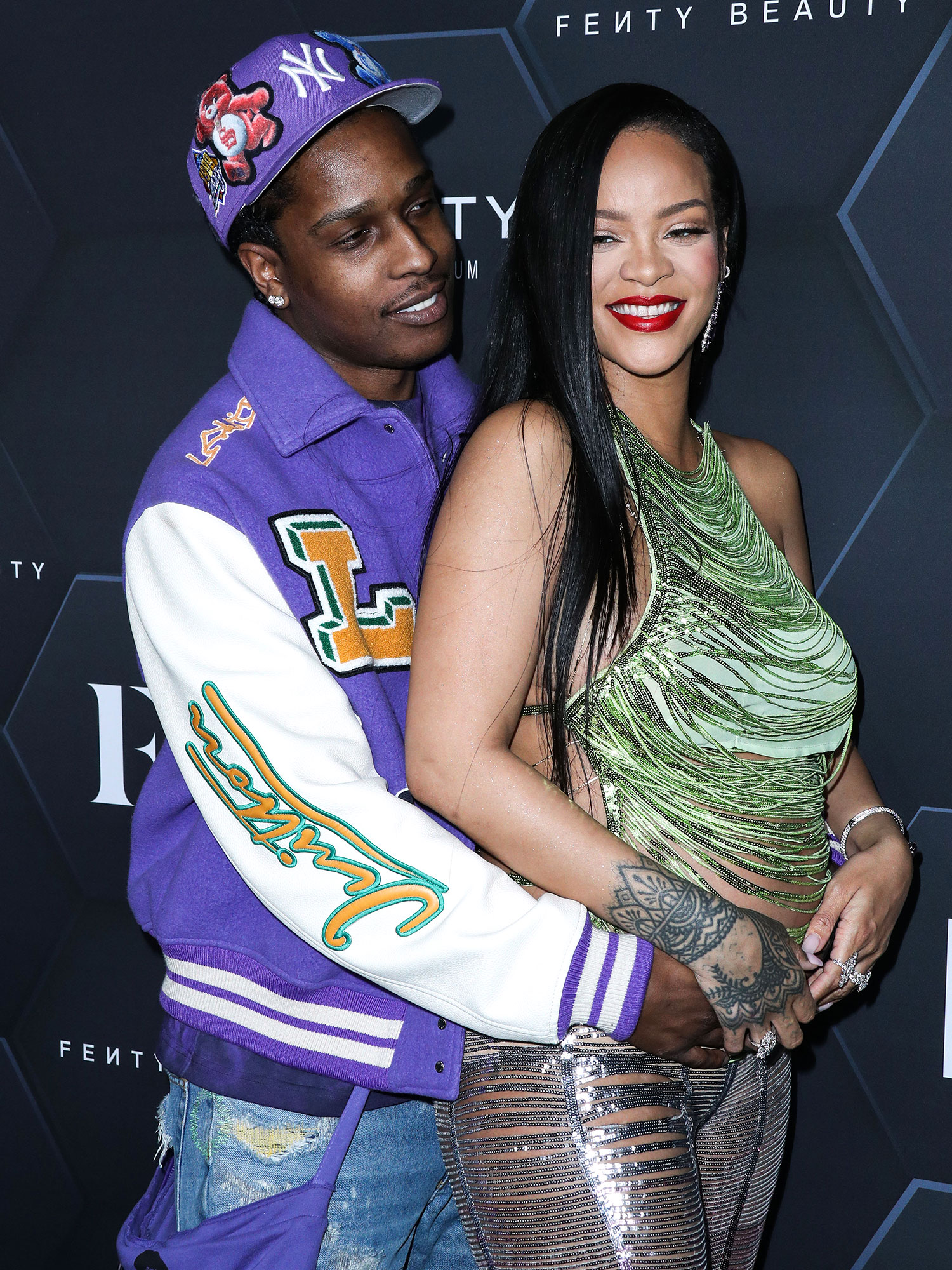 “[It’s] so much better when you got The One. She amounts to probably, like, a million of the other ones,” the “Goldie” rapper told GQ at the time. “I think when you know, you know. She’s The One.”

The duo, who have been friends and collaborators for years, first sparked romance rumors in December 2019 when they posed on the red carpet together at the Fashion Awards in London, England. Two months later, Us confirmed that the pair were “hooking up” after Rihanna’s split from ex-boyfriend Hassan Jameel.

Rihanna’s Quotes About Pregnancy, Wanting Kids Over the Years

“They’re having fun and have always had chemistry,” an insider said in February 2020.

Last year, the twosome made a splash on the red carpet at the Met Gala, which was held in September after it was postponed from its usual May date because of the coronavirus pandemic. The duo arrived last, wearing coordinated looks that included oversized coats by Balenciaga (Rihanna) and ERL (Rocky).