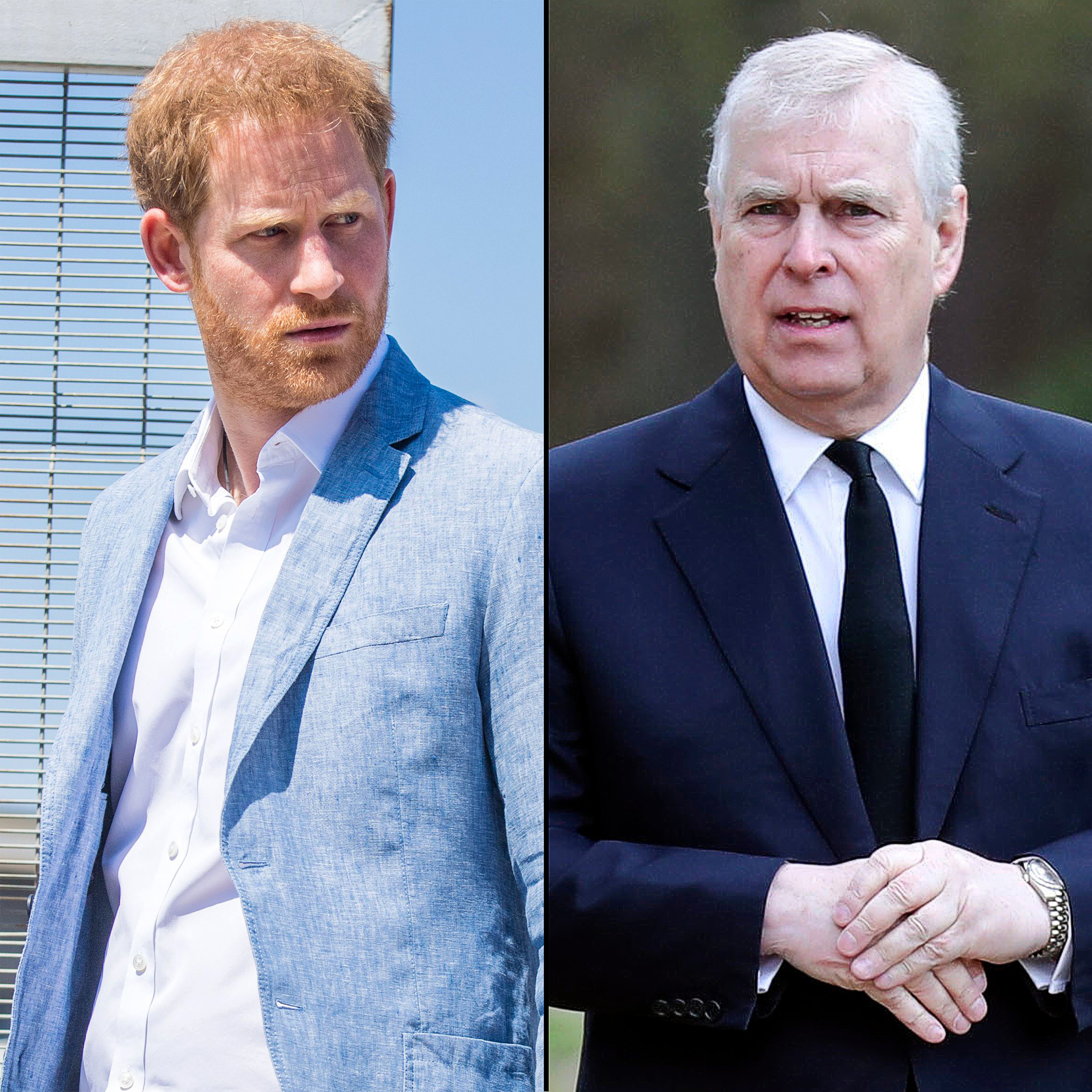 Proven wrong. Prince Harry didn’t think he and Meghan Markle would ever lose their palace security after The Firm continued to protect his uncle Prince Andrew amid a sexual assault scandal, Us Weekly can exclusively reveal.

Prince Harry and Meghan Markle’s Royal Drama: Everything to Know

“Never. Not in this climate of hate. Not after what happened to my mother [Princess Diana]. Also, not in the wake of my Uncle Andrew,” the Duke of Sussex, 38, writes in his Spare memoir, recalling his assertions to Markle, 41, when he and the Suits alum decided to move across the pond after stepping down from their roles as senior royals in 2020. “He was embroiled in a shameful scandal, accused of the sexual assault of a young woman and no one had so much suggested that he lose his security. Whatever grievances people had against us, sex crimes weren’t on the list.”

Harry and Meghan, however, did indeed lose their royal security detail after scaling back their royal duties, robbing the couple of what Harry considered the palace’s “obligation” and “its implicit promise.”

Andrew, 62, for his part, was stripped of his military affiliations and Royal patronages in January 2022 after he was accused of having sex with Virginia Giuffre when she was 17 in connection with Jeffrey Epstein and Ghislaine Maxwell’s sex trafficking ring. The Duke of York denied any wrongdoing and the lawsuit against him was settled out of court in February 2022.

After losing royal safeguarding, Harry continued to fight for the safety of his family. (He and Meghan — who tied the knot in May 2018 — share son Archie, 3 and daughter Lilibet, 19 months.) In January 2022, the prince issued a statement citing his inability to personally fund police protection for his wife and children while in the U.K.

“Prince Harry inherited a security risk at birth, for life. He remains sixth in line to the throne, served two tours of combat duty in Afghanistan, and in recent years his family has been subjected to well-documented neo-Nazi and extremist threats,” the statement read. “While his role within the Institution has changed, his profile as a member of the royal family has not. Nor has the threat to him and his family.”

The BetterUp CIO added that he and his wife’s personally funded security team could not “replicate the necessary police protection needed whilst in the UK.”

In Spare, the former military pilot shared that he experienced panic attacks before his decision to step back from royal life. According to Harry, his brother, Prince William, who once encouraged him to seek help, later mocked him during one incident.

“I was an agoraphobe. Which was nearly impossible given my public role. After one speech, which couldn’t be avoided or canceled, and during which I’d nearly fainted, Willy came up to me backstage. Laughing,” the Harry & Meghan personality claimed.

Prince William and Prince Harry’s Complicated Relationship Over the Years

He continued: “Him of all people. He’d been present for my very first panic attack. With [Princess] Kate. We were driving out to a polo match in Gloucestershire, in their Range Rover. I was in the back and Willy peered at me in the rearview. He saw me sweating, red-faced. … He’d told me that day or soon after that I needed help. And now he was teasing me? I couldn’t imagine how he could be so insensitive.”

Spare hits shelves on Tuesday, January 10. The palace has yet to comment on the book.

Woman, 21, flung from ride ‘like a ragdoll’ left with severe facial injuries