A tough conversation. Princess Kate opened up about how her youngest son, Prince Louis, is coping with Queen Elizabeth II‘s death.

The Princess of Wales, 40, spoke with Governor-General David Hurley of Australia during King Charles III‘s reception for dignitaries and world leaders at Buckingham Palace on Sunday, September 18, explaining that Louis, 4, hasn’t fully wrapped his head around the royal family’s loss.

“The younger one is now asking questions like, ‘Do you think we can still play these games when we go to Balmoral,’ and things like that, because she’s not going to be there,” Hurley recalled to reporters after the reception of his conversation with Kate. 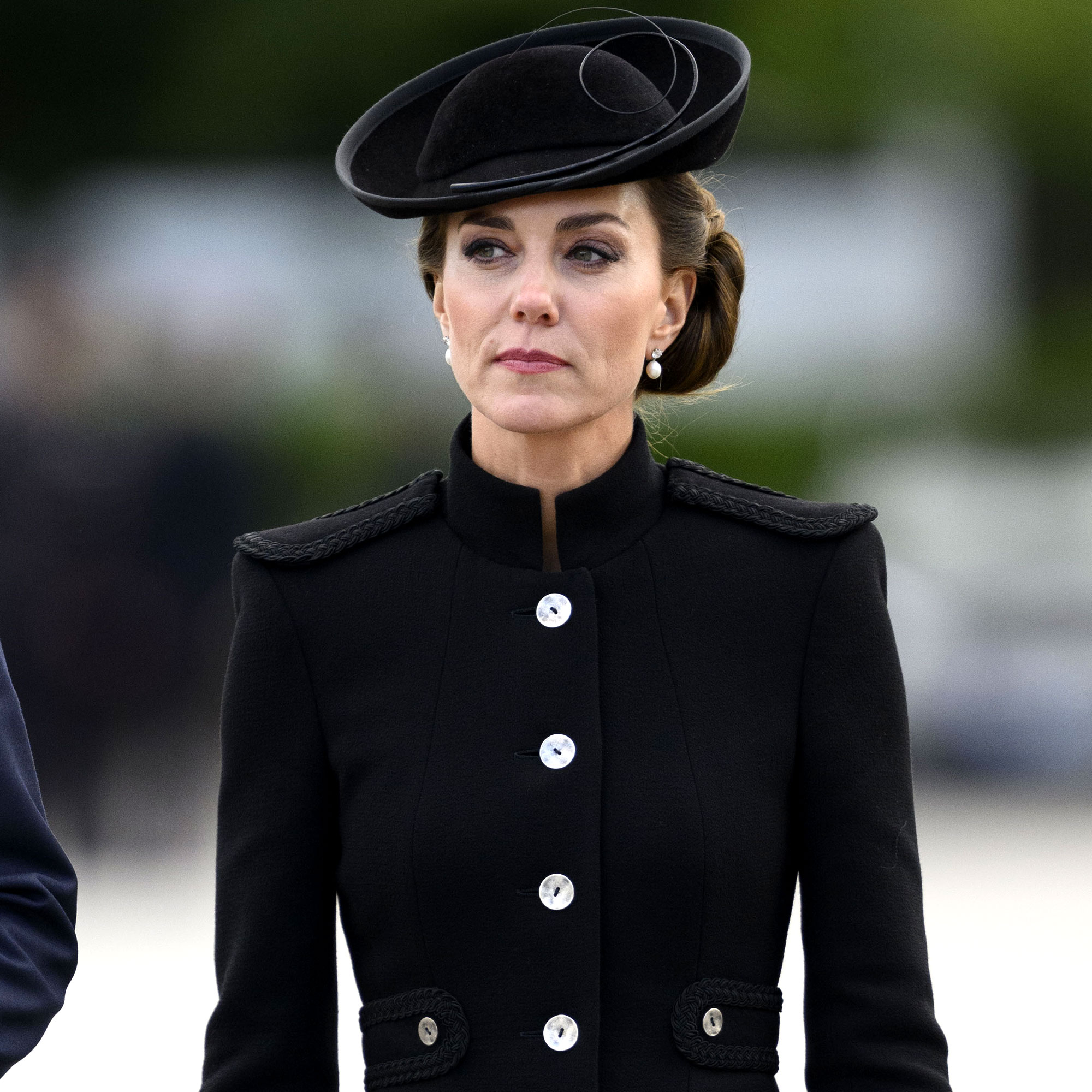 While Louis has been asking Kate and Prince William “lots of questions” about Elizabeth’s passing, older brother Prince George has a slightly better understanding, Hurley said, adding, “The older one is sort of now realizing how important his great-grandmother was and what is going on.”

King Charles’ Sweetest Moments With His Grandchildren Through the Years

Along with Louis and George, 9, Kate shares daughter Princess Charlotte with her husband, 40. The couple’s eldest two children are set to attend the queen’s state funeral on Monday, September 19, according to the official order of service released by the palace.

George and Charlotte, 7, will walk in the procession to Westminster Abbey on Monday, following behind their parents and other senior members of the royal family, including Charles, 70, Queen Consort Camilla, Princess Anne and more. The little ones will enter the chapel ahead of Prince Harry and Meghan Markle as the coffin travels from Westminster Hall, where it was lying in state for four days. 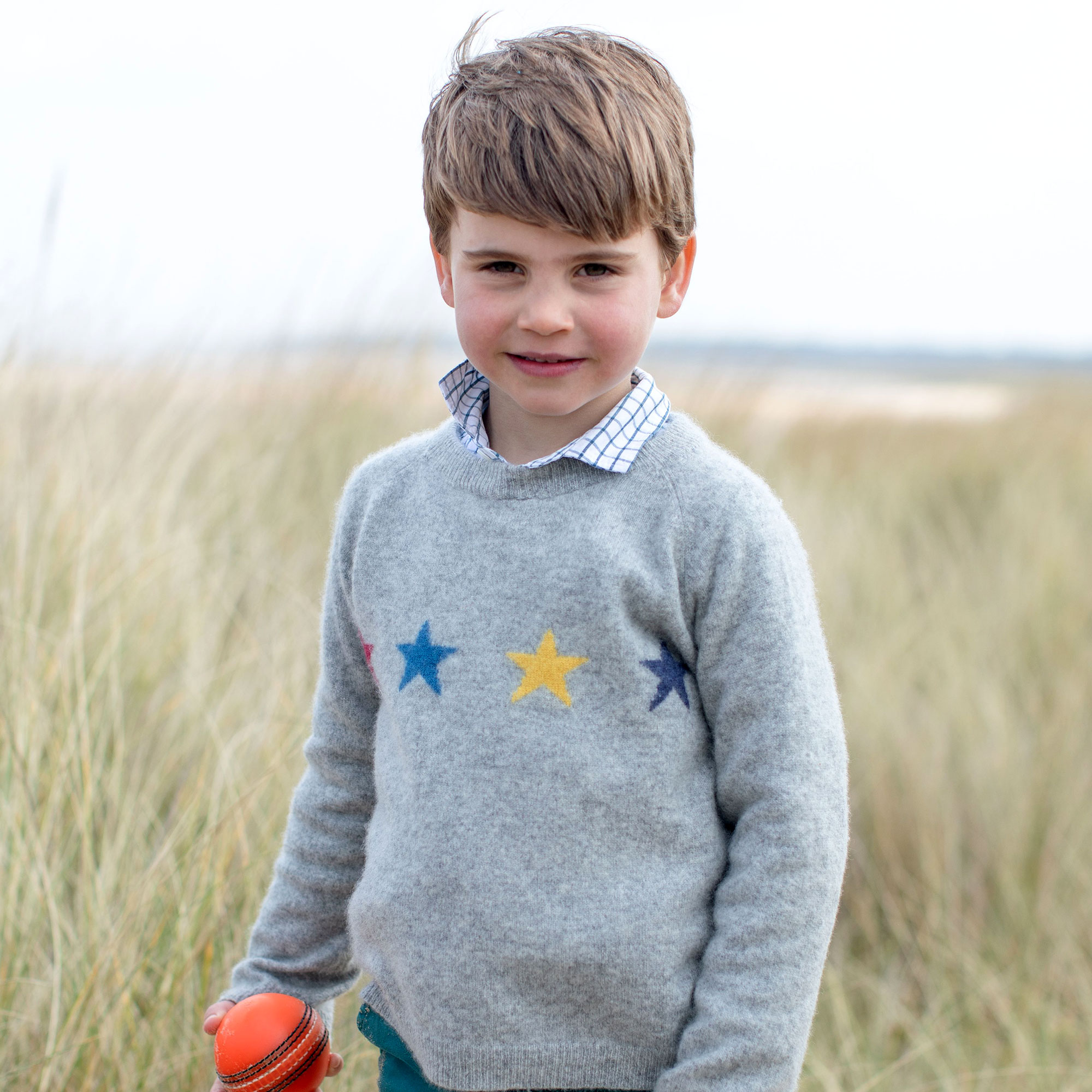 Elizabeth died at age 96 on September 8 at her Balmoral residence in Scotland. As the U.K. entered its official mourning period, Kate and William shared their grief with mourners during a walk around the Windsor Castle grounds with Harry, 38, and Meghan, 41. While speaking with well-wishers, the Duchess of Cornwall discussed how her children were adjusting to the loss.

“[Louis said,] ‘At least Grannie is with Great-Grandpa now,’” Kate said on September 10, referring to Her Majesty’s late husband, Prince Philip, who died in April 2021 at age 99.

A Breakdown of the Royal Line of Succession

While his older siblings are set to participate in the funeral proceedings on Monday, Louis’ name was not included in the official program. The trio did not attend when Philip was laid to rest at St George’s Chapel in Windsor last spring. Due to COVID-19 protocols at the time, only 30 people were present for the late duke’s service.

Kate and William were careful when they explained Philip’s passing to their children, who were “still so young” when their great-grandfather died, a source told Us Weekly in April 2021. “William told George, Charlotte and Louis that Prince Philip has ‘gone to heaven’ and ‘is an angel now,’” the insider added. “George, Charlotte and Louis helped William choose a photograph of Prince Philip to hang in their home in memory of him.”

Who’s laughing now? Barry is game-changing TV with a point to prove