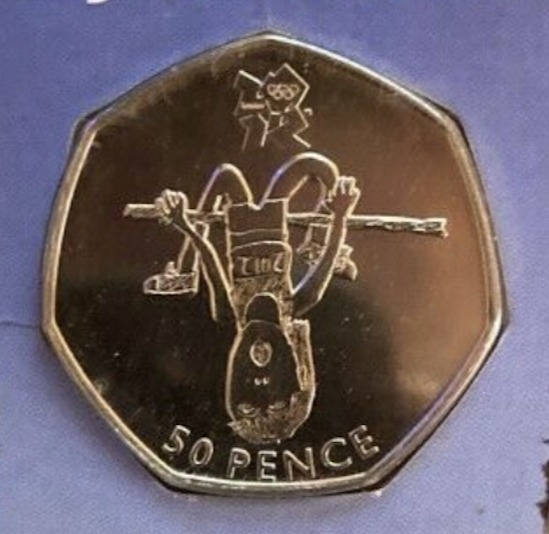 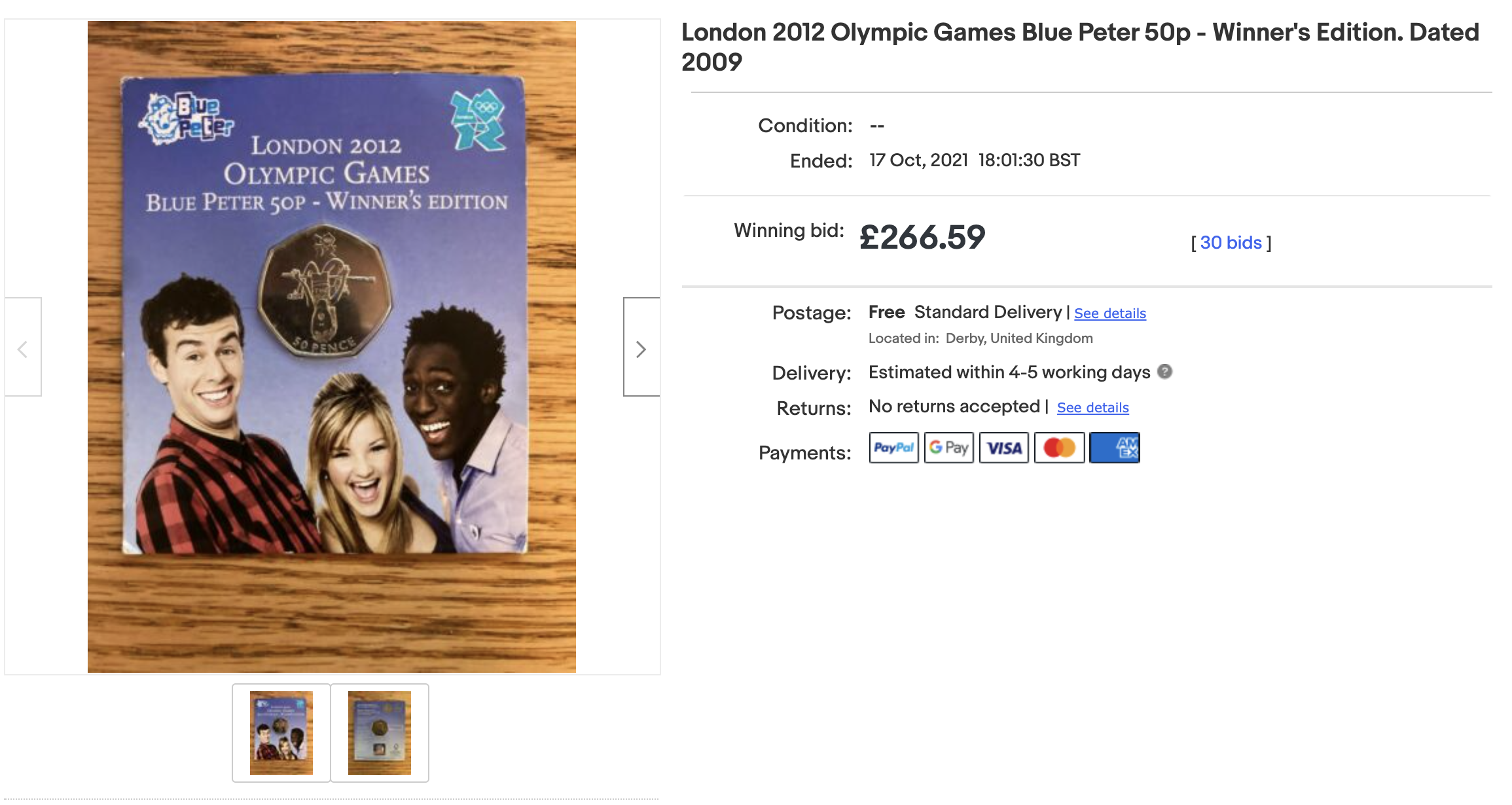 It's not typically a coin that would crop up in your change, especially as this copy has managed to stay neatly in its original packaging too, but that's not to say you won't come across it in your own collection of 50ps.

But if you were to officially buy the coin in its complete set it would cost you £11 from the official Westminster collection.

That means the buyer bought the coin more than £255 than it's supposedly worth, and roughly 500 times more than its actual face value as regular tender.

The coin listed on eBay was sold complete in all it's original packaging which is a great factor to drive up the price, but its rarity is attractive to bidders too.

Around 2.2million of the Blue Peter coins were minted in 2011 and released into circulation, but an earlier version of the coin was minted in 2009 and is much more valuable.

Only 20,000 of these were made, making them rarer and worth more, and with the latest listing honing in on this 2009 date, collectors were more keen to snap it up.

As well as that date, the rare coin features a picture to show an athlete in the Olympics, as drawn and depicted by a young Blue Peter viewer back in 2009.

The Blue Peter Olympic 50p was drawn by nine-year-old Florence Jackson after she won a competition that included more than 17,000 entries on the kids TV show.

It made the then nine year-old, the youngest person to ever design a UK coin.

That's another tick in collectors' boxes, and why they may be willing to drive up the price that bit more.

When the 2009 Blue Peter coins were made they could be originally bought from the Royal Mint for £1.99, so the nearly £300 price tag on this latest listing is yet another massive leap.

However, you could still use the 50ps as currency in everyday transactions if you're not fussed on keeping them in mint condition.

So it's easy to see how versions could have slipped into people's wallets and spare change over time.

Do you have one in your pocket?

We have already seen the coin sell for just over £200 before, as one went for £205 back in April.

But it's not the most bidders are willing to fork out as one copy of the coin sold for £286 on eBay in September.

This can give you a good idea of how much the 50p can be sold for on for if you happen to come across one in your change too.

Online tools from change experts like Coin Hunter are helpful to see how much it could be worth as well.

You can also refer to Change Checker's latest scarcity index update to see which coins are topping the charts in terms of value.

Plus, The Royal Mint has recently published its own account of the rarest coins in circulation.

If you're looking for other ways to verify the coin, the number of bids on the listing can help you establish if a coin and the amount it has sold for is the real deal.

This one attracted 30 bids, showing those placing offers were keen.

But remember that on eBay a buyer could pull out, which means the coin won't have sold for the price it appears to have.

Netflix Unlocks the Mystery of Keyhouse with ‘Locke and Key’ Trailer