A real-life witch coven performed a spell for a white Christmas live on This Morning, but viewers weren’t convinced, with one branding it a ‘load of rubbish’.

Charlotte Clark is the leader of the ‘Witches of East Church’, a real-life coven from the Isle of Sheppey in Kent, and appeared with her fellow sorceresses on the show today to speak about her life as a white witch.

After a request from hosts Phillip Schofield and Holly Willoughby for a white Christmas, the women performed a spell live on air in a bid to summon snow over the festive season.

However fans of the show didn’t have much faith in the women, with one saying the coven were making a ‘mockery’ of real witchcraft, while another insisted they ‘didn’t know what they were doing’. 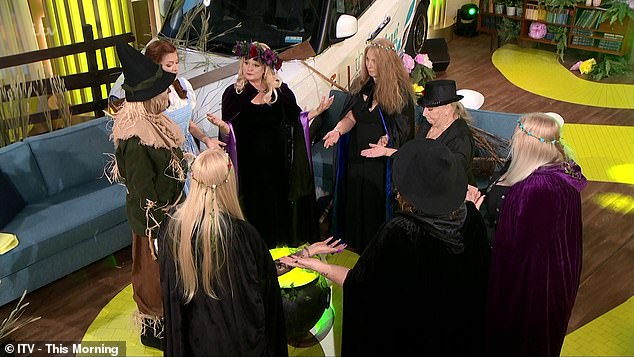 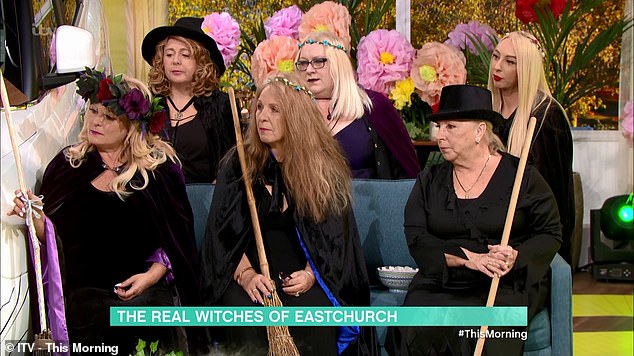 The group of witches, from the Isle of Sheppey in Kent, claimed that their spells work ’75 per cent’ of the time, but never undergo negative requests as it ‘comes back tenfold’

Leader of the group Charlotte explained to hosts Holly,38, and Phil, 57, how the coven works, insisting: ‘We work with love and laughter and we’re very sensitive, very spiritual. We help a lot of people.’

When asked about being able to sense spirits, she replied: ‘I was very frightened when I was a little girl.

‘It wasn’t until my teens I was more in control of what was going on – and now I use the energy around me to do spells.

Holly and Phil then proceeded to ask the coven if they would be able to provide some light snow for the Christmas period, but asked to ensure trains would still be running in the weather.

Fans of the show didn’t have much faith in the women, with one saying the coven were making a ‘mockery’ of real witchcraft, while another insisted they ‘didn’t know what they were doing’

Charlotte replied: ‘Once we’ve asked for something there’s no kind of degree.’

The women then began to chant and were heard saying: ‘The goddesses above bring snow for this show’ while gathered around a pot, which they threw ice cubs into.

Another angry fan wrote: ‘A bit triggered about how these women are presenting themselves on #ThisMorning. Can you stop making a mockery of witchcraft please, thank you.’ 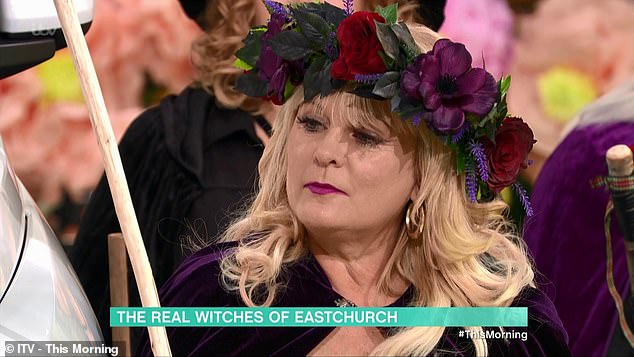 Charlotte Clark, a barmaid and the leader of the Kent-based coven, claimed she has been able to hear spirits since she was a little girl, and managed to harness her gift as a teenager 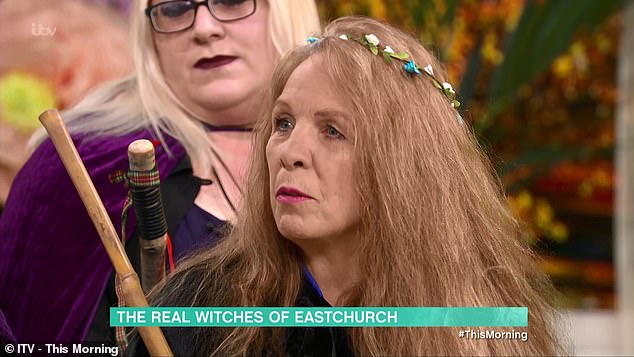 Coven member Dee Griffis explained that she feels everyone has ‘a bit of witch’ in them, comparing witchcraft to cooking and running a bath

One more added: ‘If they wanna be taken seriously they probably should’ve left the broomsticks at home.’

However some viewers did appreciate the coven, and one was glad to see her Wiccan beliefs represented on TV.

She said: ‘Being Wiccan myself, I really love that the show has got some “real-life witches” on the show speaking out about what we believe in and how special #Halloween and #Samhain is to us.’.

As for how successful the spells are, Charlotte claimed that work ’75 per cent of the time’.

She said: ‘Some are a hit and miss, some people come to us and they want a love spell and you think “i’m not sure how that one’s going to work” but I would say 75 per cent.

When asked the most common spell, she replied: ‘I would say affairs of the heart yes.’

Speaking of evil spells she said: ‘We try not to do that these days because it comes round tenfold and you usually wake up and something happens,  it comes back.’ 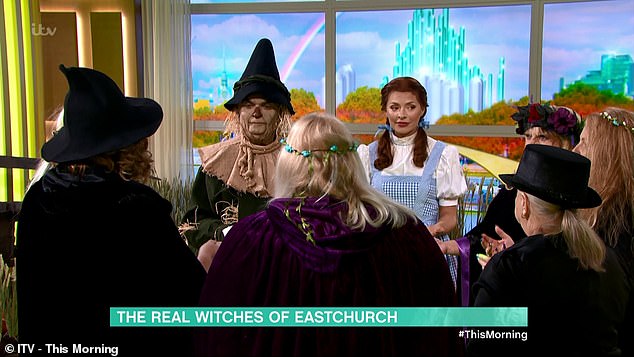 Hosts Phillip Schofield,57, and Holly Willoughby, 38, who dressed up as Dorothy and the scarecrow for the occasion, didn’t seem too convinced by the coven

Coven member Dee Griffis explained that she feels everyone has ‘a bit of witch’ in them, and compared performing spells to adding salts to your bath and ingredients while cooking.

Barmaid Charlotte continued: ‘There’s a lot of acceptance,  I have had this energy around me for many, many years.

‘Every so often I want a normal job, like being a barmaid, to come away from it.  But my family all accept it’s away of life.’

Why We’re All Obsessed With Tabitha Brown Right Now

Baby Yoda has an important message for Mississippi drivers