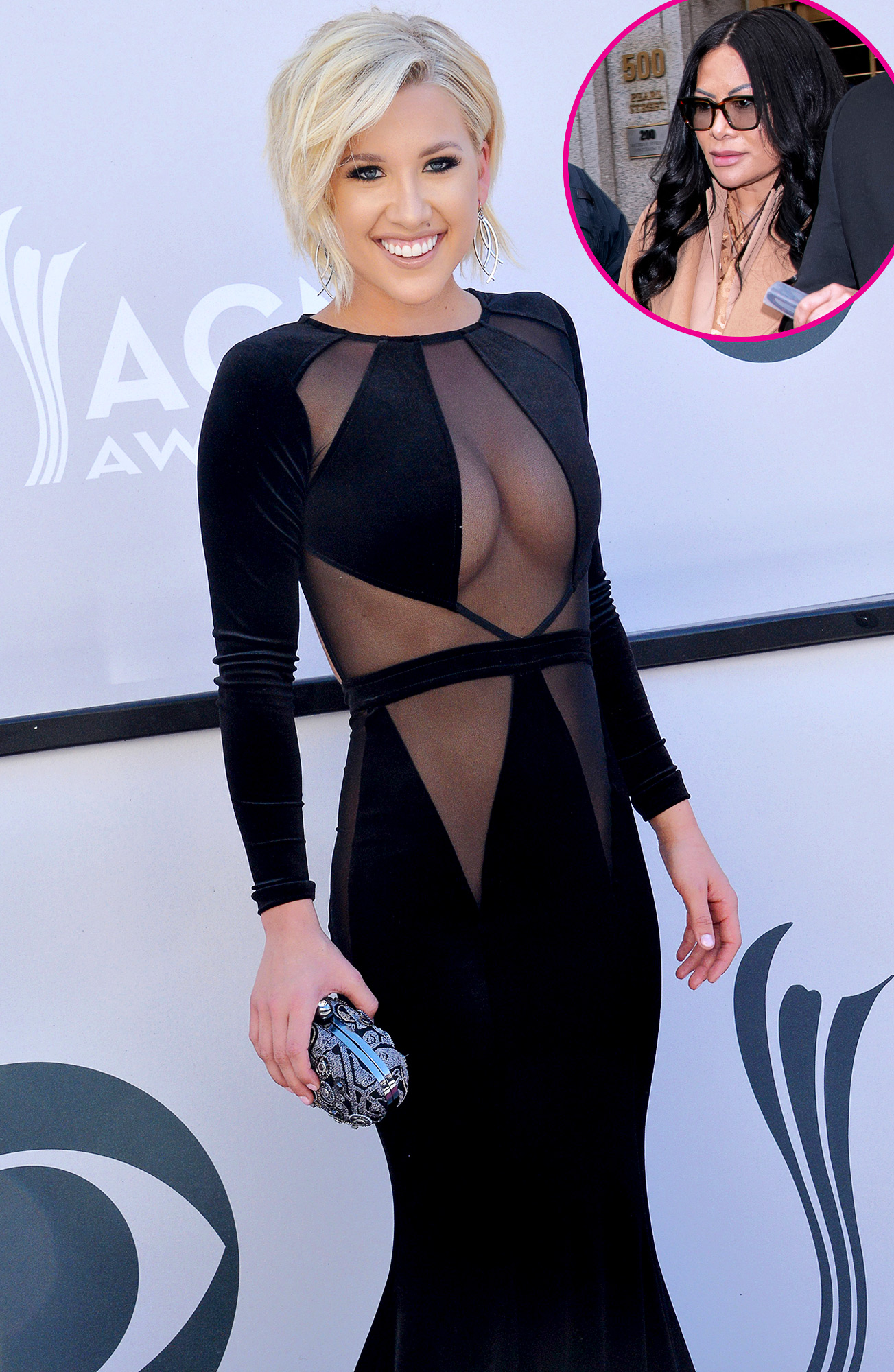 Looking for answers. Savannah Chrisley is still trying to make peace with Todd Chrisley and Julie Chrisley‘s prison sentence — and this time the podcast host brought Jen Shah‘s legal woes into the mix.

“Put the cases side by side, and it makes no sense — it just doesn’t,” Savannah, 25, said during a prerecorded episode of her “Unlocked” podcast, which was posted on Tuesday, January 17. The reality star was joined by her mother, 50, as they discussed Shah’s shorter prison sentence after pleading guilty to wire fraud.

According to Savannah, the major difference for her was the existence of victims in the Bravo personality’s case.

“There were hundreds of victims who were elderly, and people that provided statements that lost their homes, threatened to end their lives,” she said. “There were so many different things, and she got six and a half years. Make that make sense!”

Earlier this month, Shah, 49, was sentenced to six and a half years in prison for the nationwide telemarketing scheme. The Real Housewives of Salt Lake City star is set to report to prison in February. Meanwhile, Savannah’s parents received a combined 19 years behind bars after being found guilty of tax evasion, bank and wire fraud and conspiracy.

During the episode, the Chrisley Knows Best star questioned the legal system, adding, “You have someone who has not admitted to guilt and who will stand firm in that. We’re standing by our truth that it is not guilty, [and] there are no victims.”

Julie, who appeared on her daughter’s podcast, revealed she didn’t understand why the Utah native’s sentence differed by so many years.

“None of it adds up, and to me, there’s more to it,” the matriarch shared. “I have committed myself to figuring out what that is and for us to get to the other side of this so that we can help other people who are going through things like this.”

‘Chrisley Knows Best’: Get to Know the Chrisley Family

Savannah’s podcast episode came out hours before Todd, 53, and Julie reported to separate prisons to start their respective sentences. Todd turned himself in at the FPC Pensacola minimum security facility in Florida, while Julie reported to Federal Medical Center in Lexington, Kentucky.

Julie was originally set to serve her time at FCI Marianna in Jackson County, Florida, but was re-designated to the Kentucky facility in December 2022.

At the time, Julie said she never “intentionally tried” to do anything she “wasn’t supposed” to do.

Todd and Julie Chrisley: Everything to Know About the $30 Million Fraud Trial

Savannah, for her part, slammed the justice system for the lengthy prison sentence. “Why do we continue to fail people? It tears families apart,” she said at the time. “Look at everything that we’re going through. How is that just? It’s not when you’ve got rapists and murderers and traffickers and all these people out here but yet, what? They just get a slap on the wrist.”

The TV personality continued: “It all goes down to us being in the public eye and someone wanting to prove a point. And it’s honestly sad. At this point, I feel like, for me, I’ve kinda become numb to it but that numbness has turned to anger, to where now, it’s just like I’m not giving up. There’s no other option.”

My agonising guilt that I couldn't save our daughter