Scientists in Ireland believe they found a bacteria that may counter the effects of obesity.

The new study was published on Friday and was conducted by the APC Microbiome Ireland SFI Research Centre, which investigated whether the gut bacteria Bifidobacterium longum APC1472 has "anti-obesity effects" in high-fat diets.

MAJORITY OF AMERICANS ADMIT TO WEIGHT GAIN DURING CORONAVIRUS PANDEMIC, PLAN TO SHED POUNDS IN 2021

Bacteria B. longum APC1472 was administered to 6 high-fat diet fed mice through drinking water for 16 weeks and an unspecified number of human participants for 12 weeks.

Researchers found that the bacteria was "associated with decreased bodyweight, fat depots accumulation and increased glucose tolerance" in the mice, but "did not change primary outcomes of BMI or [waist-to-hip] ratio" in healthy overweight and obese humans.

Although human participants did not have pronounced change in their appearance, researchers did find that B. longum APC1472 had a "positive effect on the secondary outcome of fasting blood glucose levels." 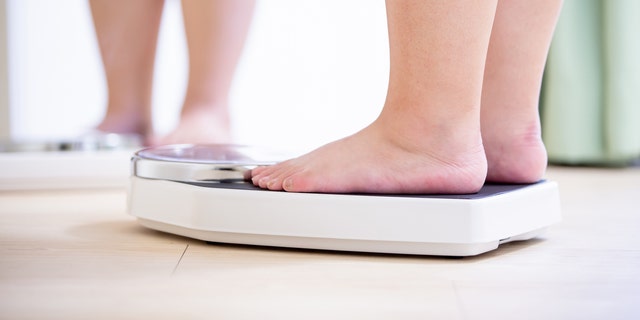 Bifidobacterium longum APC1472 is a gut bacteria that could potentially be developed into a supplement that minimizes the effects of obesity, scientists in Ireland say. (iStock)

In other words, the bacteria allegedly shows promise as a potential supplement for reducing certain obesity markers such as high blood sugar levels in the morning, a common issue for diabetics.

'I DID IT!' WEIGHT-LOSS SUCCESS STORIES

Other trends researchers observed in obese human participants given B. longum APC1472 included reduced cortisol awakening response – the level of stress hormones a person experiences upon waking – as well as reduced secretion of the hunger hormone ghrelin, which naturally limits appetite.

The researchers who worked on this study have suggested that B. longum APC1472 could be used to minimize "stress eating" if further studies prove the bacteria is effective in supplement form.

"This study was a real team effort and delivers important translational evidence that probiotic supplementation can indeed be useful in the fight against obesity," said Professor John Cryan, a joint senior-author of the study, in a press release. "Moreover, the findings reinforce the concept of the link between the gut microbiome, metabolic disease and mental health, which is a growing area of research."

According to the World Health Organization, more than 1.9 billion adults were considered overweight in 2016 – the last time the global health agency released data on the topic.