“The moment the doctors put baby Serenity in my arms, a feeling of calm washed over me,” Rosado told exclusively told Page Six. “I was exhausted from the delivery but when our eyes met for the first time, it was this instant connection of unconditional love.

She added, “She snuggled right into my heart. Our hearts are full and our family is complete.”

Serenity was born in Miami at 3:23 p.m., weighing in at 8 pounds 10 ounces and measuring 20 inches, a rep confirmed to Page Six on Tuesday.

“Both mother and baby are doing well and will soon be heading home from the hospital,” the rep added.

The former pro football player also posted a now-expired Instagram Story of Serenity crying and him joking with her, “Yeah, I know. Listen, I told them I’d evict you. That’s the worst landlord ever. Especially during these times. I wouldn’t want to be out here either, s–t. Who you telling? Yeah, it’s like that. You’ve got to talk to your mama.”

Rosado’s rep told Page Six that Johnson was with his fiancée for the whole delivery process. 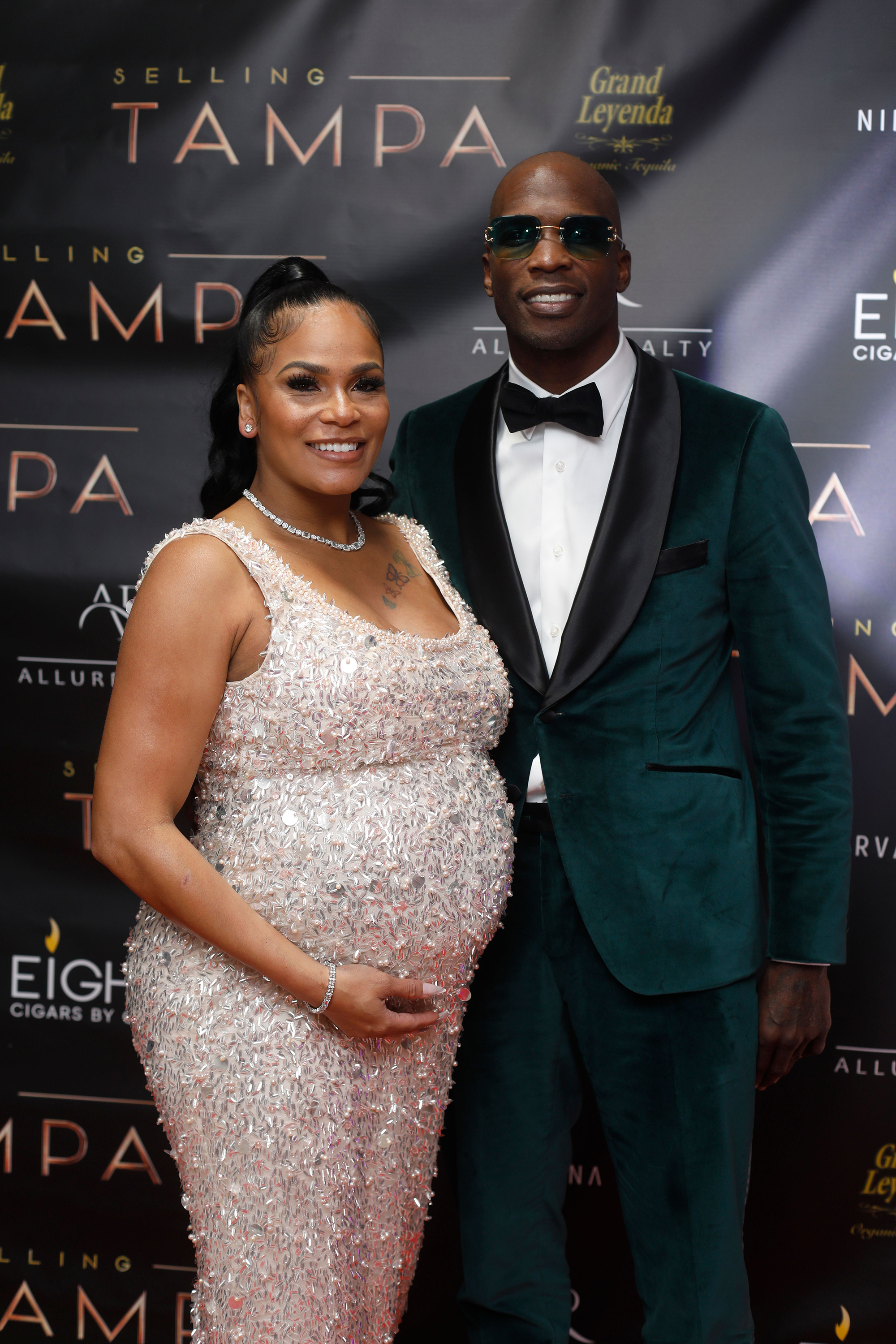 The Allure Realty broker previously gushed about her partner in an interview with Page Six in early December — ahead of the premiere of Season 1 of “Selling Tampa.”

“He’s a great guy overall and I respect him,” she told us. “He’s a great father, a great person, a great soulmate, and I love him.”

Rosado and Johnson officially started dating Johnson in 2020 after the realtor slid into the athlete’s DMs.

The couple found out they were expecting while filming “Selling Tampa.”

Rosado also has three other children from a previous relationship and Johnson has seven kids with six other women.

The pair currently split their time between Tampa, where Rosado has her realty, and Miami, where Johnson resides full time.

“We still haven’t decided [where we are going to settle down],” the Netflix star previously said. “We have my house in Tampa and are building a house in Miami. We’ll just travel back and forth — it’s only a three hour drive.”