Home » Lifestyle » Sex at noon taxes? We need a new word for that

Keith Potger, among our remaining Seekers, wants us to adopt his new word. Nothing to do with the banjo, or any other instrument Keith can play, but rather a piece of wordplay. Keith himself emailed me before the pandemic, hoping to spread his viral idea:

“Palindrome needs to be challenged as a descriptor of a word or sentence that can be read the same forward and backward. Hence, but with no expectation of pence, I’m proposing mynonym as the new word to describe such a word or sentence. There, that’s rocked you. I can tell by the vibrations womanating from the screen…”

Yes, Keith wrote womanating, a word I can’t imagine catching on. Yet mynonym has every chance, a new label for an old trick, where civic and Glenelg can swivel to deliver the same message in reverse as forwards, just as mynonym can do. 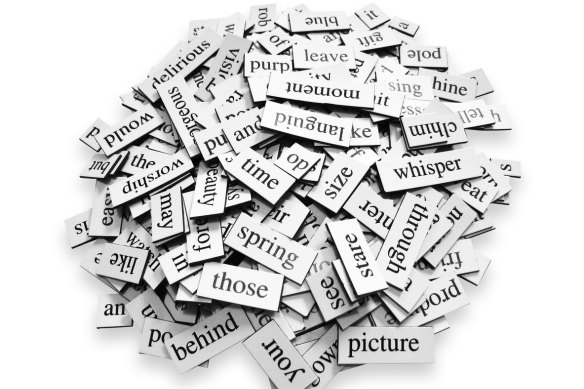 Better than catchy, the novelty is an autologue, that rare subset of terms that describe themselves, joining such other hen’s teeth as noun, olde, four and pentasyllabic. Plosive is plosive, common is common, just as unhyphenated is another autologue. If only we can fix phonetic, we may yet make English logical.

Running a Twitter poll, I learnt most voters believed the Seeker might have found the approval he was looking for. Stephon Kemp, one respondent, lent his support with a proviso: “I’m happy with mynonym as long as aibohphobia becomes the official term for fear of palindromes.”

Meanwhile, Mark Saltveit, a long-time palindromist from Vermont, qualified Keith’s creation, claiming the coinage had already been coined. “Mynonym was invented by the late Dutch author Battus (aka Hugo Brandt Corstius) in the title of his polyglot book Symmys (Amsterdam, 1991).”

Hence the annual Oscars of palindromy – the so-called SymmyS – are named after the neologism. Indeed, a Maroubra programmer named Martin Clear bagged the YmmY (the singular version) in 2017 for his wizard piece of engineering entitled Bad Infrastructure: “Dams rot: are power crew operators mad?”

Another previous winner is UK poet Anthony Etherin, whose 007 rumour remains a modern marvel: “Able sir, did nobody fit recognise it ties in? Go, certify – do Bond, Idris Elba!” If that reads like chop suey to you, then try crafting your own palindrome, or mynonym as Potger prefers. Trust me, you’ll end up being Dr Awkward.

Creator or not, Potger may prove the new label’s populariser, just as Shakespeare boosted swagger, eyeball and tranquil. Whether the Bard birthed that trio, or borrowed fresh vocab overheard on the village green, is secondary. Either way, we have such words for keeps.

Palindrome, just to be civic, does a fine job on its own. Whimsically the term evokes a cycling stadium where mates on bikes can race in either direction. A Greek compound, palindrome fuses palin (meaning again, or back) with dromos (running). “Works for me,” said Winfred Emmons III, a Texan palindromist responding to my poll, spurning the mynonym lobby. “If it ain’t broke, don’t fix it.”

Seeking out the era’s finest practitioner in Etherin, I canvassed his opinion. “Personally, I like mynonym! It annoys me that “palindrome” can’t be used in palindromes (without resorting to acronyms like DNI). One problem with mynonym, however remains: what will be the corresponding name for emordnilap?“)

Emordnilap, for those new to word-nerdery, applies to evil twisting into live, say, or stratagem into mega-tarts, where the reversal renders a fresh outcome. But that’s a quibble. If a man, a plan, a canal can make Panama, then why can’t a banjoist, a singer, a Seeker teach the world to mynonym?

Could lockdown be affecting your period?