Shailene Woodley’s enviable beach bod was on full display while catching some sun in Malibu, Calif., on Wednesday.

The “Big Little Lies” star — who is engaged to NFL star Aaron Rodgers — was photographed heading to the beach with a colorful surfboard in tow. Woodley, 29, wore a checkered green bikini and black sunglasses, with her hair pulled back into a messy, beach-ready bun. 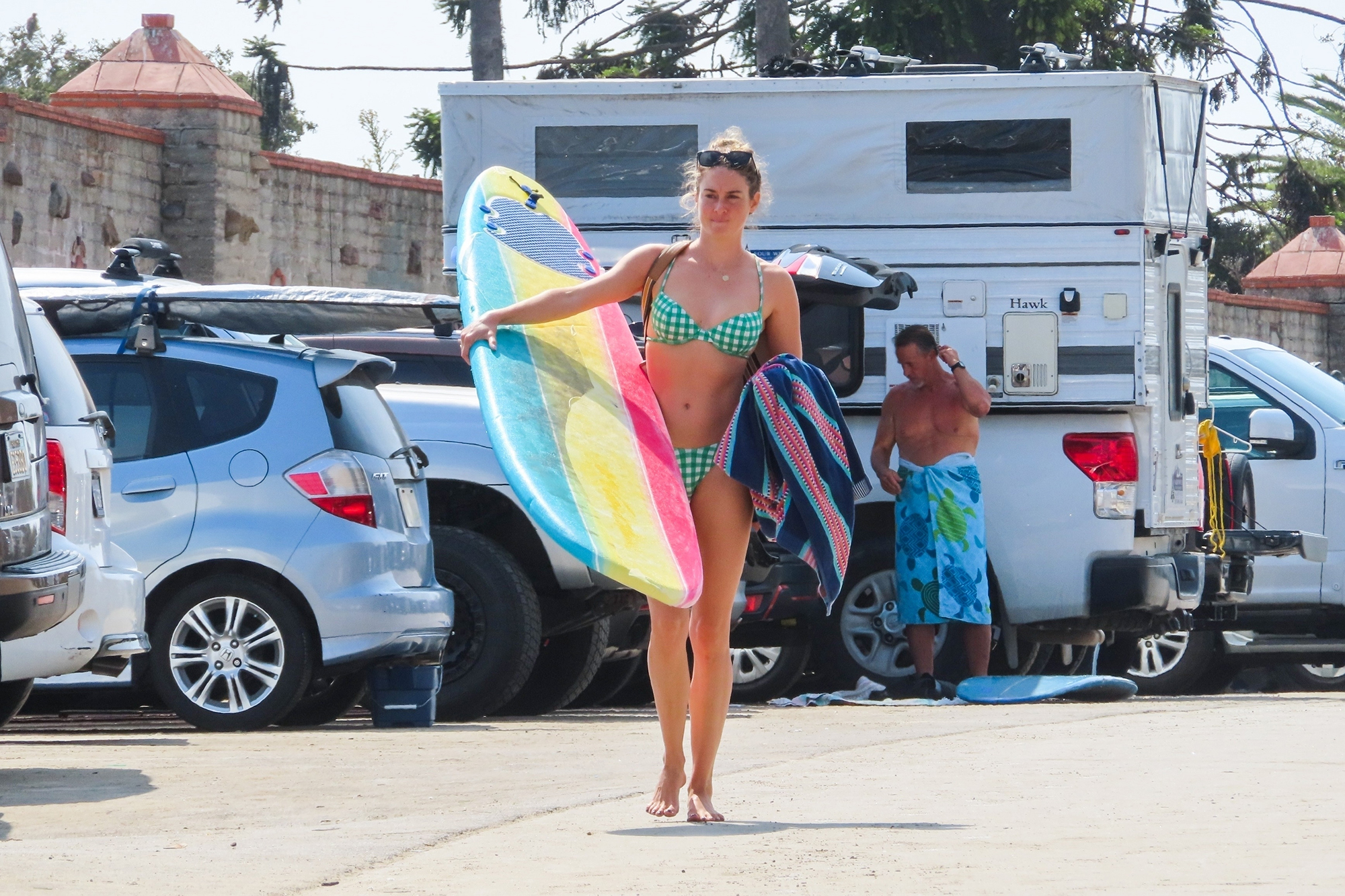 After meeting up with some friends, the actress laid down her towel and belongings before heading into the water for a dip.

Woodley later returned to her spot on the beach to relax and chat with other surfers who had just come out of the water. 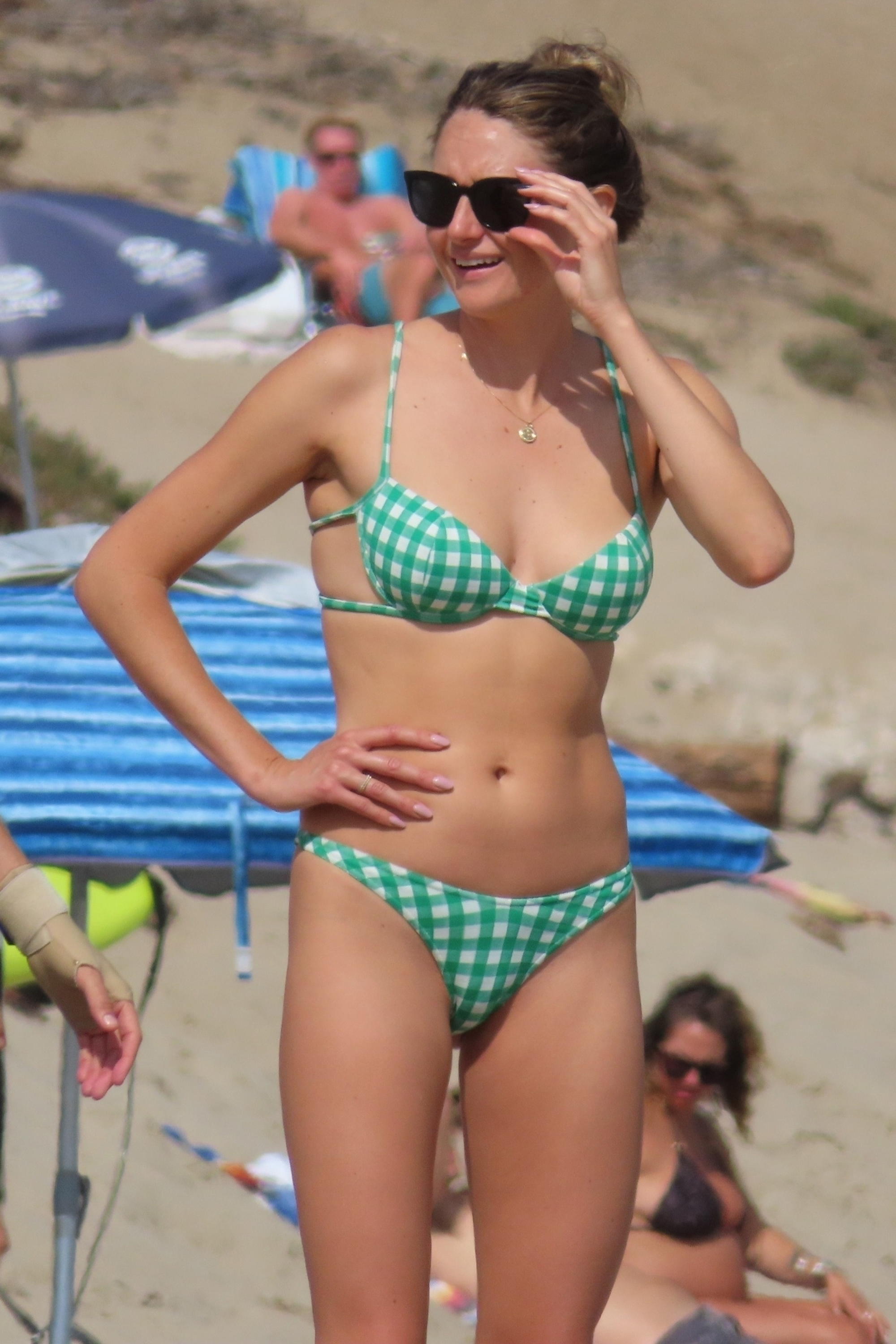 While Woodley was seen carrying around a surfboard, photographers didn’t capture any photos of her actually surfing.

What was missing, however, was the star’s engagement ring, as she likely left it at home to avoid losing it while frolicking in the ocean – a lesson we all learned from Kim Kardashian many years ago. 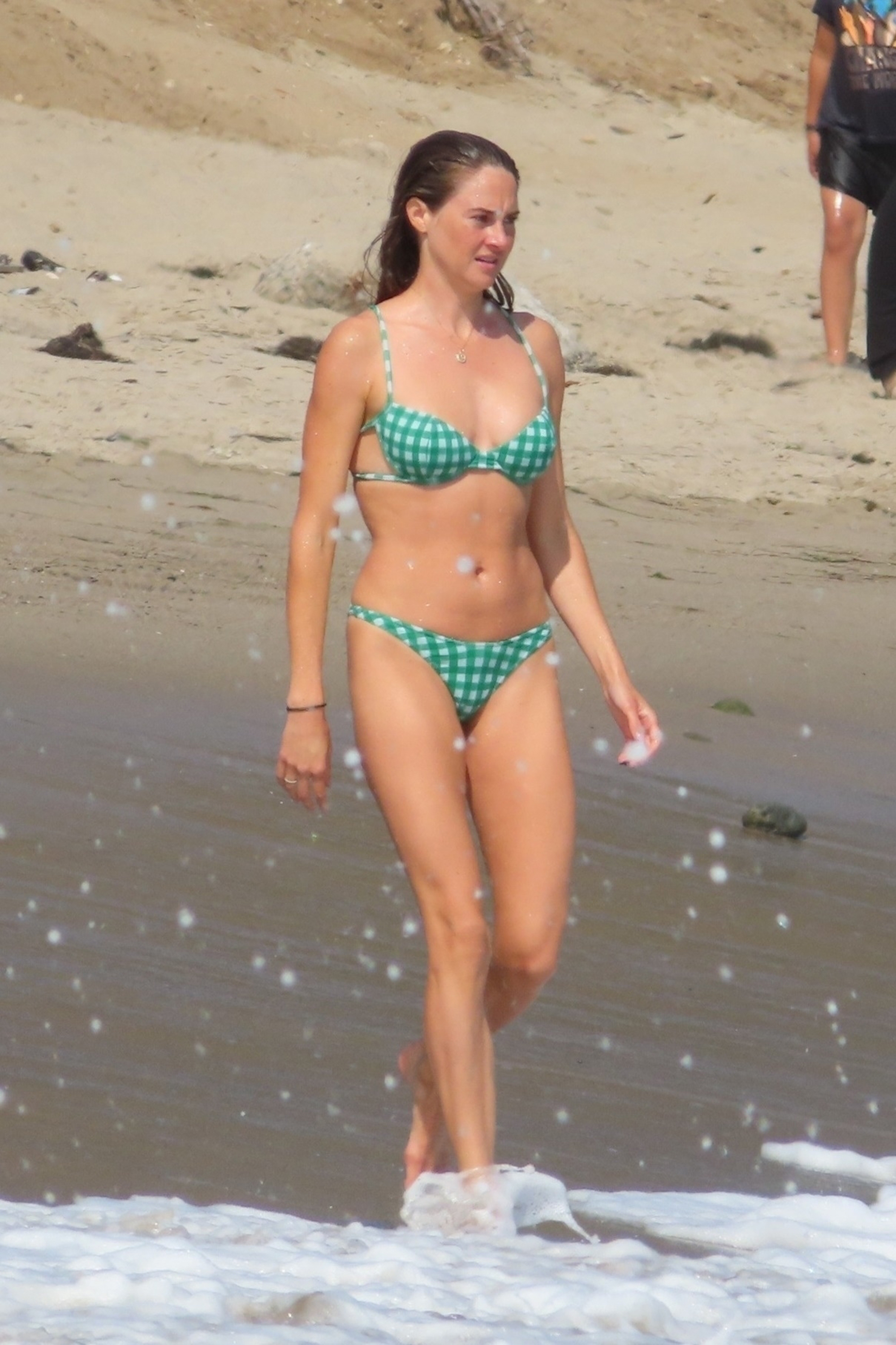 Woodley and Rodgers, 37, are currently spending time apart as the football star gears up for another season with the Green Bay Packers.

In an interview with Haute Living, Rodgers said that he thinks the distance will be good for their relationship. 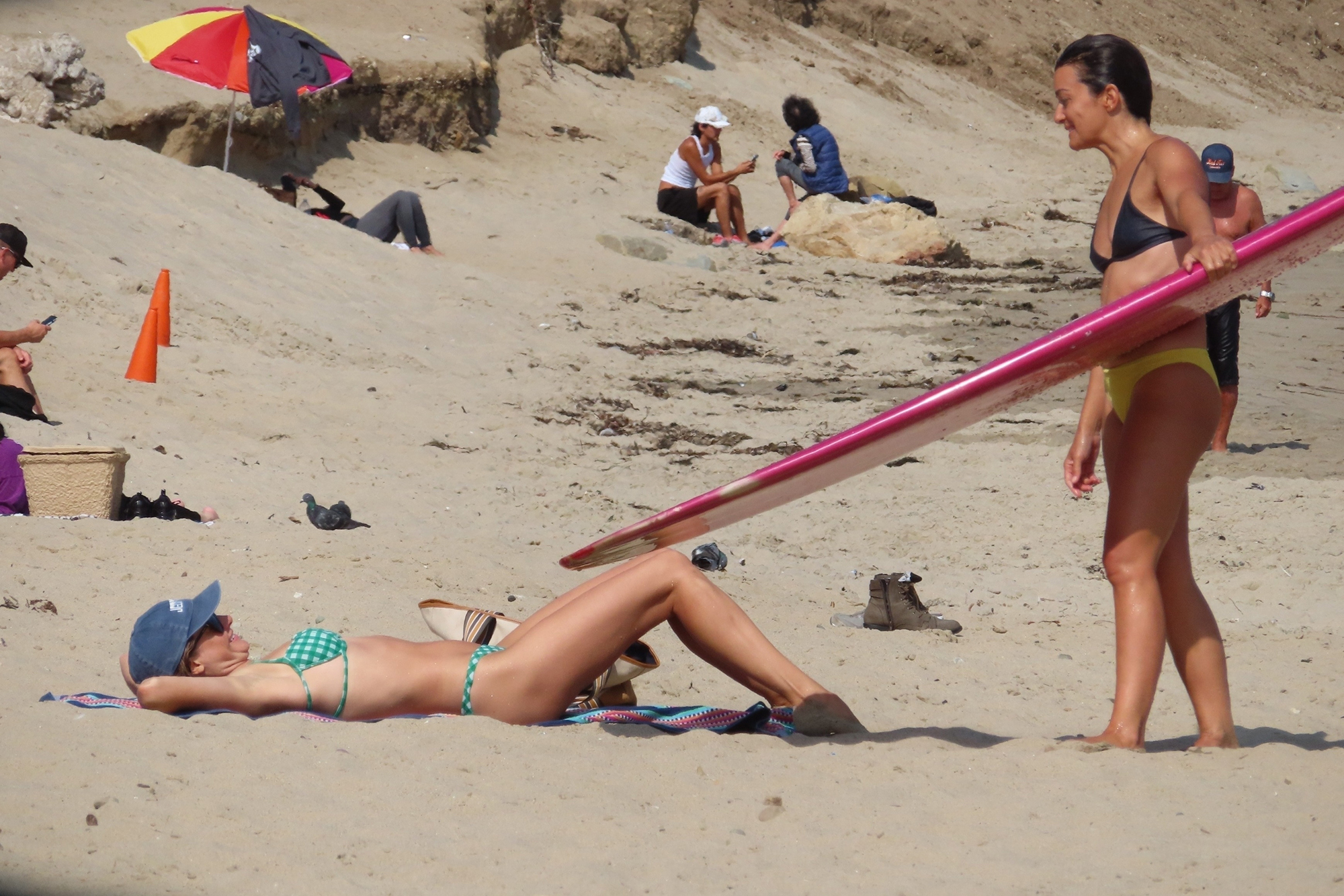 “It’s a busy work time for her, so [my decision] probably came at a good time for both of us to be able to focus on our work,” he explained.

He added, “I think it’s going to be a good thing. I mean, her work was shut down for an entire year [during the coronavirus pandemic], and she’s booked a number of projects. She enjoys working and her own routine, which I obviously enjoy, too.” 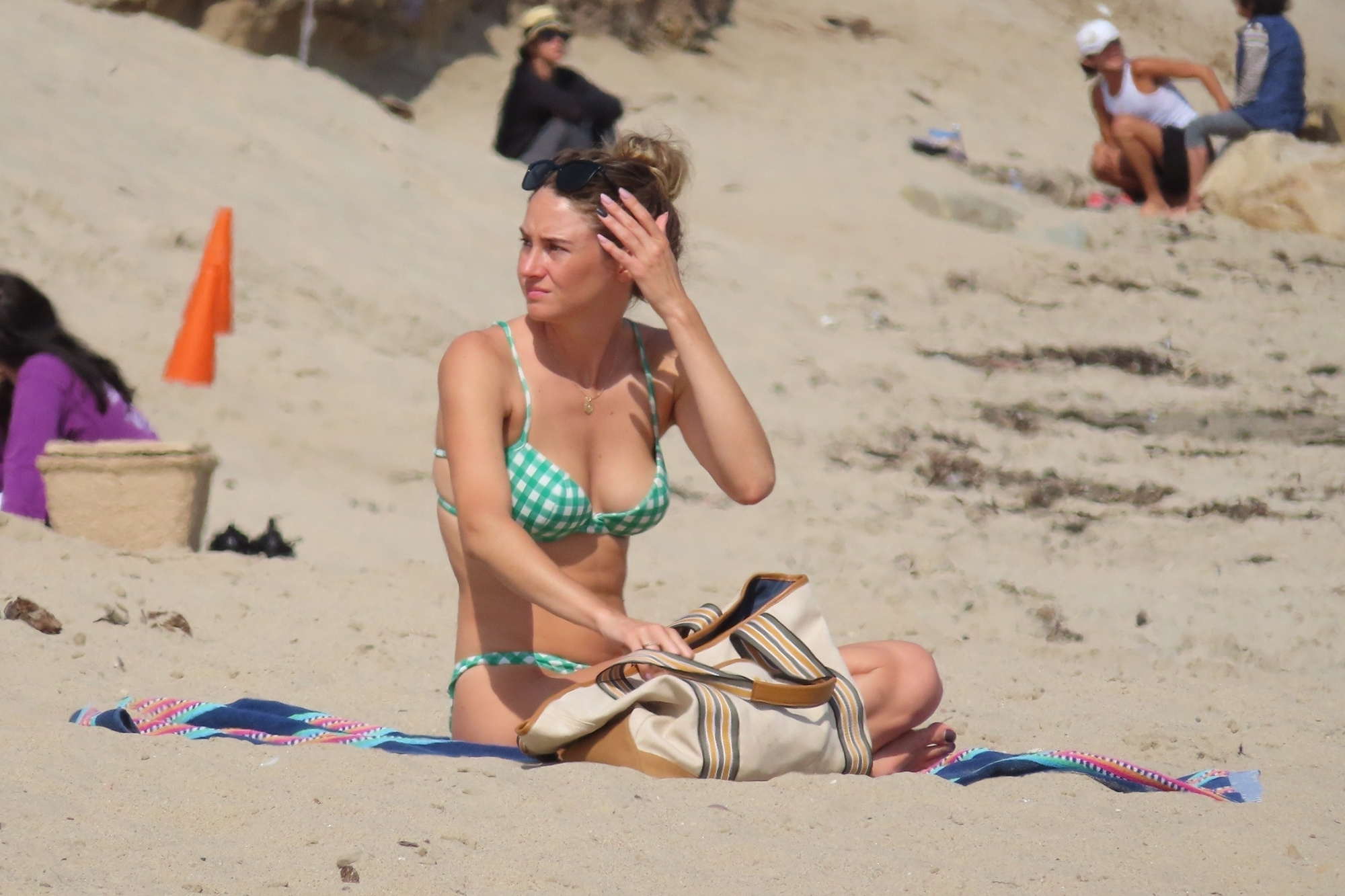 The inevitable separation is likely a reason the pair are in no rush to set a wedding date.

“There’s no wedding planning happening,” Woodley told Entertainment Tonight back in July. “There’s no rush. We’ve got no rush.”

Tucker? Brandon? Internet struggles with what to call male ‘Karens’