Shakira said a couple of wild boars went ham on her in a Barcelona park and tried to flee into the forest with her purse.

In a series of Instagram Stories on Wednesday, the Grammy-winning artist detailed the harrowing hog heist that “destroyed everything.”

“Look at how two wild boars which attacked me in the park have left my bag,” Shakira said in the film, as she stood holding the torn remnants of her recovered handbag. “They were taking my bag to the woods with my mobile phone in it. They’ve destroyed everything.”

The “Hips Don’t Lie” hitmaker went on to say she was strolling with her eight-year-old son, Milan, in the park when the pilfering pigs came upon them. “Milan tell the truth. Say how your mummy stood up to the wild boar,” she added.

No other details about the incident were shared by the singer.

While Shakira’s anecdote may seem bizarre, wild boars have become a problem in Barcelona, as city police logged 1,187 complaints about the animals in 2016, per the Guardian. Reports claim the beasts attack dogs, run into cars, tear up yards, and feast on garbage only to leave trash strewn across the landscape. 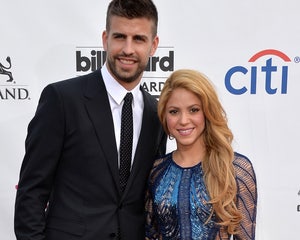 The situation got so out of control at one point, an officer shot at a wild boar, missed and injured his partner instead, per the outlet.

This isn’t the first time Shakira has had a dangerous run-in with an animal, however. In a Facebook post in 2012, the entertainer said a sea lion attacked her while she was taking a picture of it.

“I was paralyzed by fear and couldn’t move,” she wrote. “My brother ‘Super Tony’ jumped over me and literally saved my life, taking me away from the beast.”

Living Less? 10 Celebrities Who Left Hollywood For A Normal life