Shannen Doherty has come out victorious in her lawsuit against State Farm.

The “Beverly Hills, 90210” alum, 50, was awarded $6,346,000 in damages after suing the insurance company in February 2019 for failing to provide proper coverage of her Malibu house, which was burned in a California wildfire in November 2018.

“We thank the members of the jury for their thoughtful consideration of Shannen’s case,” Doherty’s attorney, Devin McRae, said in a statement to People on Monday. “We are happy they saw the case the way we do. This should send a message to institutions that they should not forget they are dealing with human beings.”

A rep for State Farm told Page Six the company is “disappointed by the jury’s decision” and “respectfully disagree[s] with it,” adding that it will “explore all available legal options, including appealing the verdict.”

However, the rep also said in regard to Doherty, who is battling Stage 4 breast cancer, that they “empathize with Ms. Doherty’s health and wish her the best.”

Earlier this year, amid court proceedings in the case, State Farm alleged that Doherty had used her cancer diagnosis to gain sympathy and get a payout for her home.

Lawyers for the insurance company wrote in court documents that the former “Charmed” star planned to “garner sympathy by her contention that State Farm must rebuild her entire house” at trial. 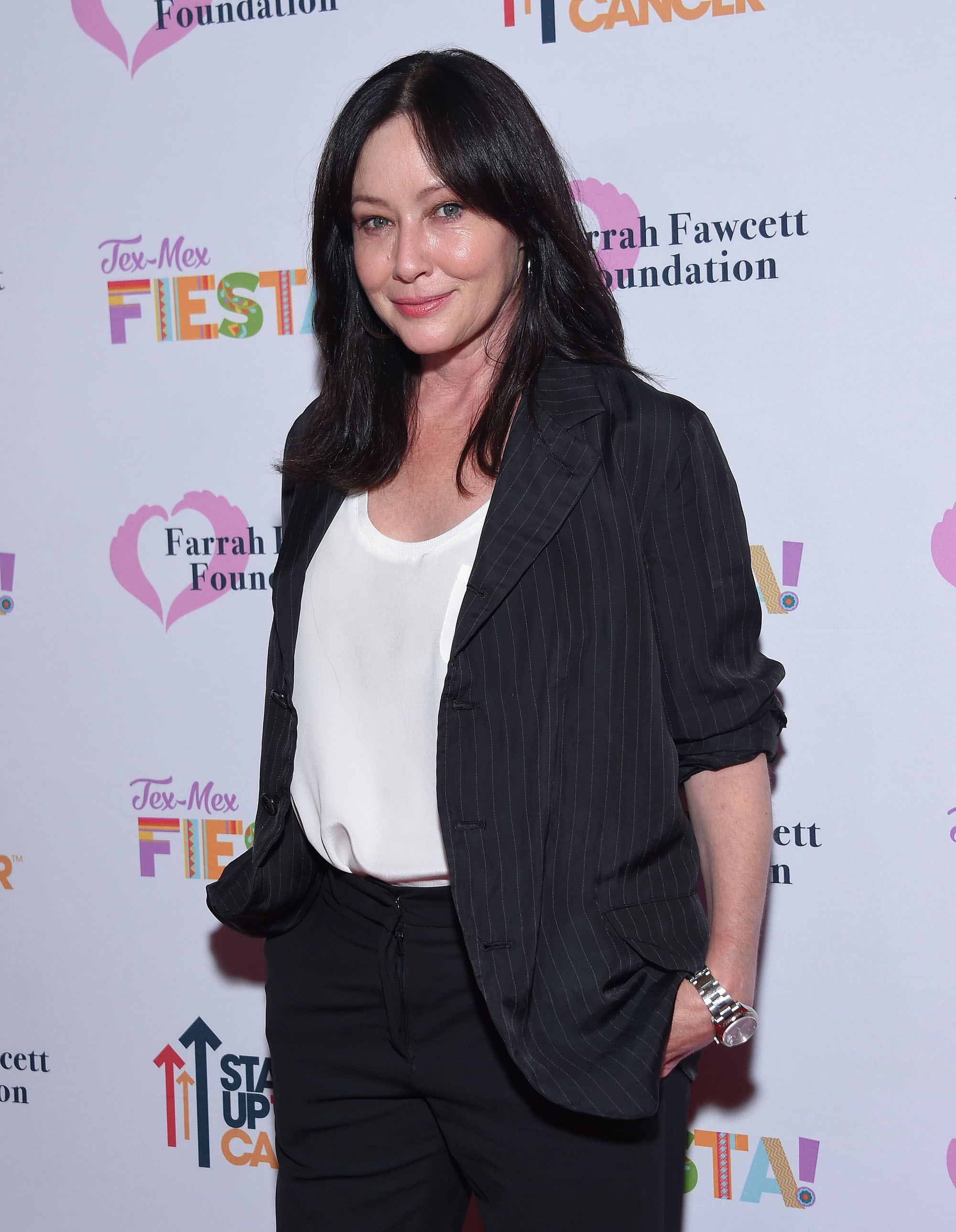 “Plaintiff improperly claims she is entitled to have her entire home rebuilt at a cost of $2.7 million because she has breast cancer and Chronic Obstructive Pulmonary Disease,” an attorney stated at the time.

In a court filing, State Farm argued that Doherty’s house only had smoke damage and not any fire or structural damage.

It claimed to have paid $1 million for remediation, professional cleaning and for the actress to rent a temporary home.

Doherty’s attorney, McRae, told The Post at the time it was “appalling” that State Farm would claim Doherty only revealed her health condition to garner sympathy.

“Of course cancer and a chronic respiratory ailment are directly relevant to the means and scope of fire and smoke remediation in her home and on her clothes,” McRae said.

Doherty was first diagnosed with breast cancer in 2015. She went into remission in 2017, but it returned three years later.

On Monday, Doherty told “Good Morning America” she is “fighting to stay alive.”

A rep for Doherty did not immediately return Page Six’s request for comment.

How to avoid 'student burnout' as you go back to university