THE Consumer Crew are here to solve your problems.

Mel Hunter will take on readers’ consumer issues, Jane Hamilton will give you the best advice for buying your dream home, and Judge Rinder will tackle your legal woes.

THE week between Boxing Day and New Year’s Eve is the busiest time of year for property portals – with online traffic surging by more than 230 per cent compared with a normal day.

If you are planning to move, get your home listed this week to take advantage of the “Boxing Day Bounce”. Here are the top tips to help sellers: 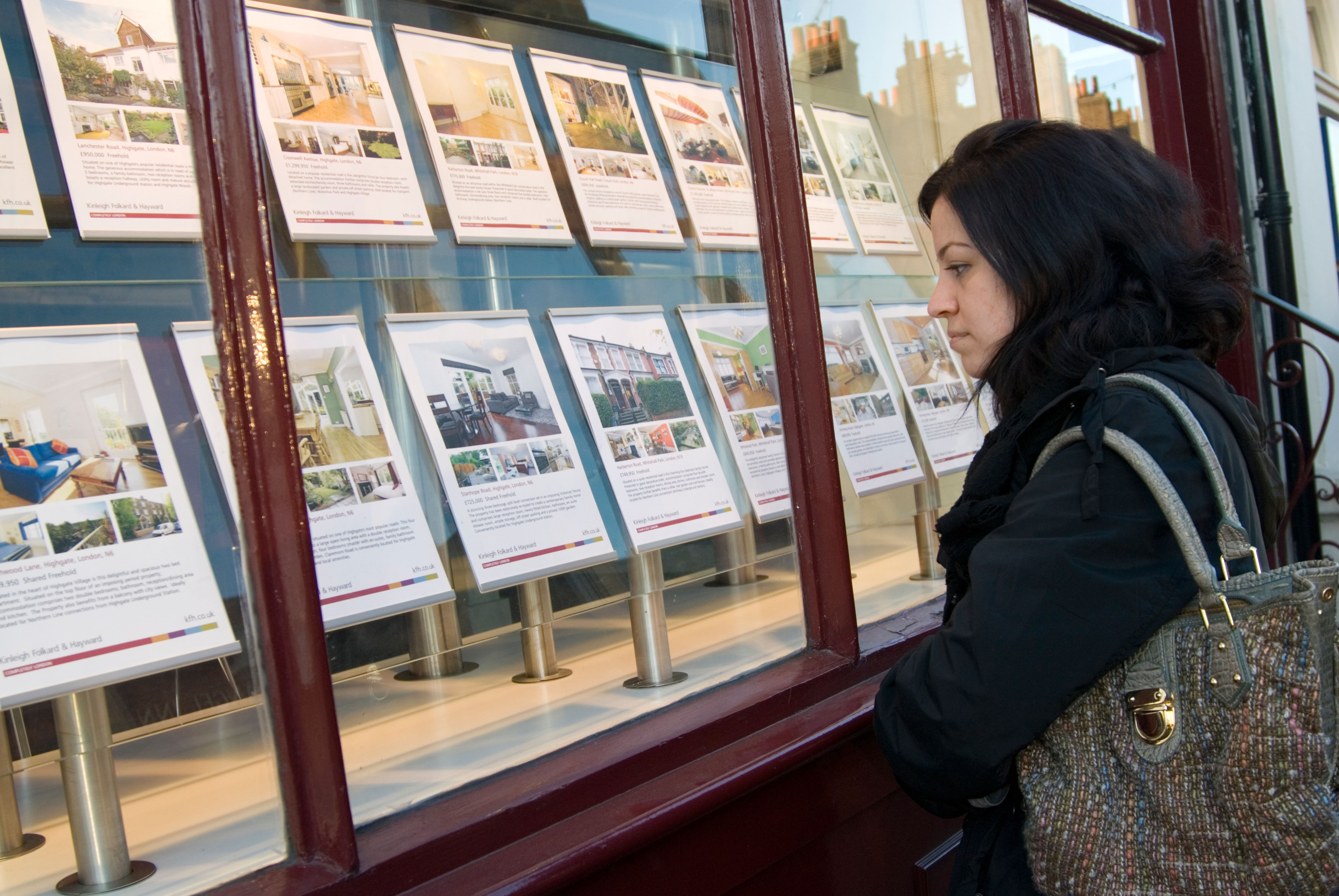 1) GET READY TO SELL: Use this weekend to make your home shine. Fix any outstanding DIY issues, get the windows washed and clean carpets and upholstery to freshen each room.

2) GET YOUR LISTING PICTURES DONE: Take down Christmas decorations just for photos, as you don’t want to date your online images. Ask your estate agent to send a photographer at the best time for natural light.

3) BE SAVVY WITH SEARCH TERMS: Do you have a home office, large garden, playroom or gym? The pandemic has pushed these search terms up buyers’ wishlists, so make sure they are included on your listing.

4) MAKE THE MOST OF ANY OUTSIDE SPACE: Whether a tiny balcony or sprawling acres, your outside space can clinch a sale. Remove dead leaves, trim back overhanging plants and clear any clutter so your garden looks as big as possible.

5) CREATE KERB APPEAL: It is harder to show off the outside of a house in winter, so make sure yours stands out. Pick up any litter, clean or paint the front door, hide away wheelie bins and make the path to your home look as cosy and inviting as possible.

6) PRICE REALISTICALLY: A competitive price can trigger offers above the asking price. Research what similar homes are selling for locally. If you are pitched at the top of a particular band online, this could help you appear at the front of searches.

Buy of the week 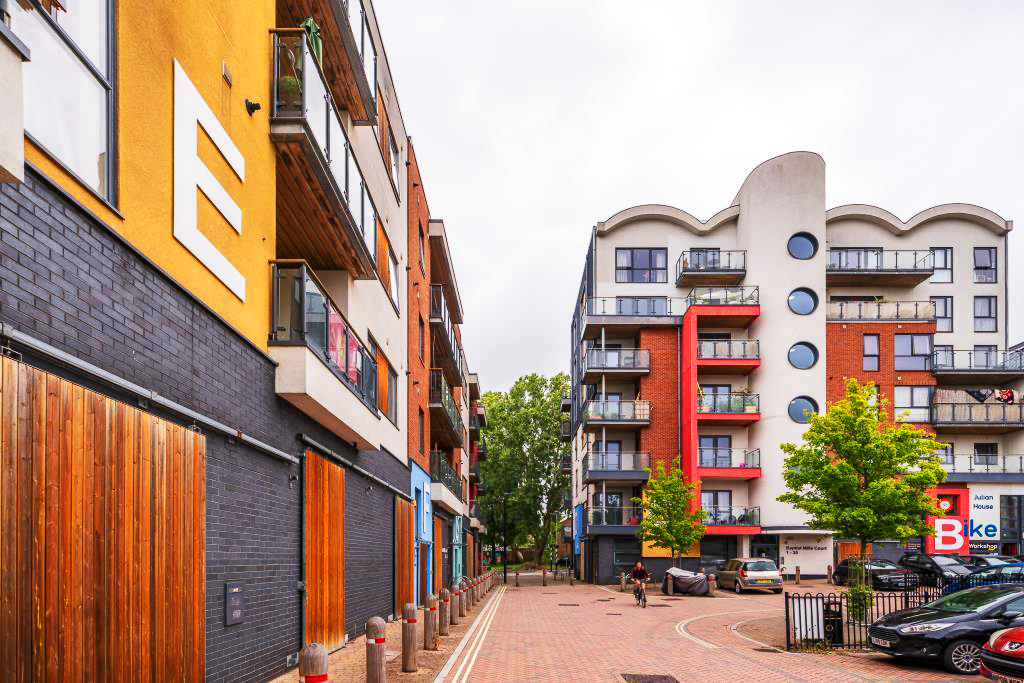 THE Easton area of Bristol has been crowned this year’s strongest sellers’ market.

More than eight out of every ten properties for sale here are marked sold subject to contract, according to Rightmove.

THE ultimate winter warmer, a real fireplace, could help you sell your home too.

New research by GetAgent.co.uk found just 19 per cent of properties currently listed for sale offer a fireplace, but a red hot 71 per cent of those are under offer.

Founder Colby Short said: “A fireplace is one of those features that can help sway potential buyers into a sale.”

Deal of the week 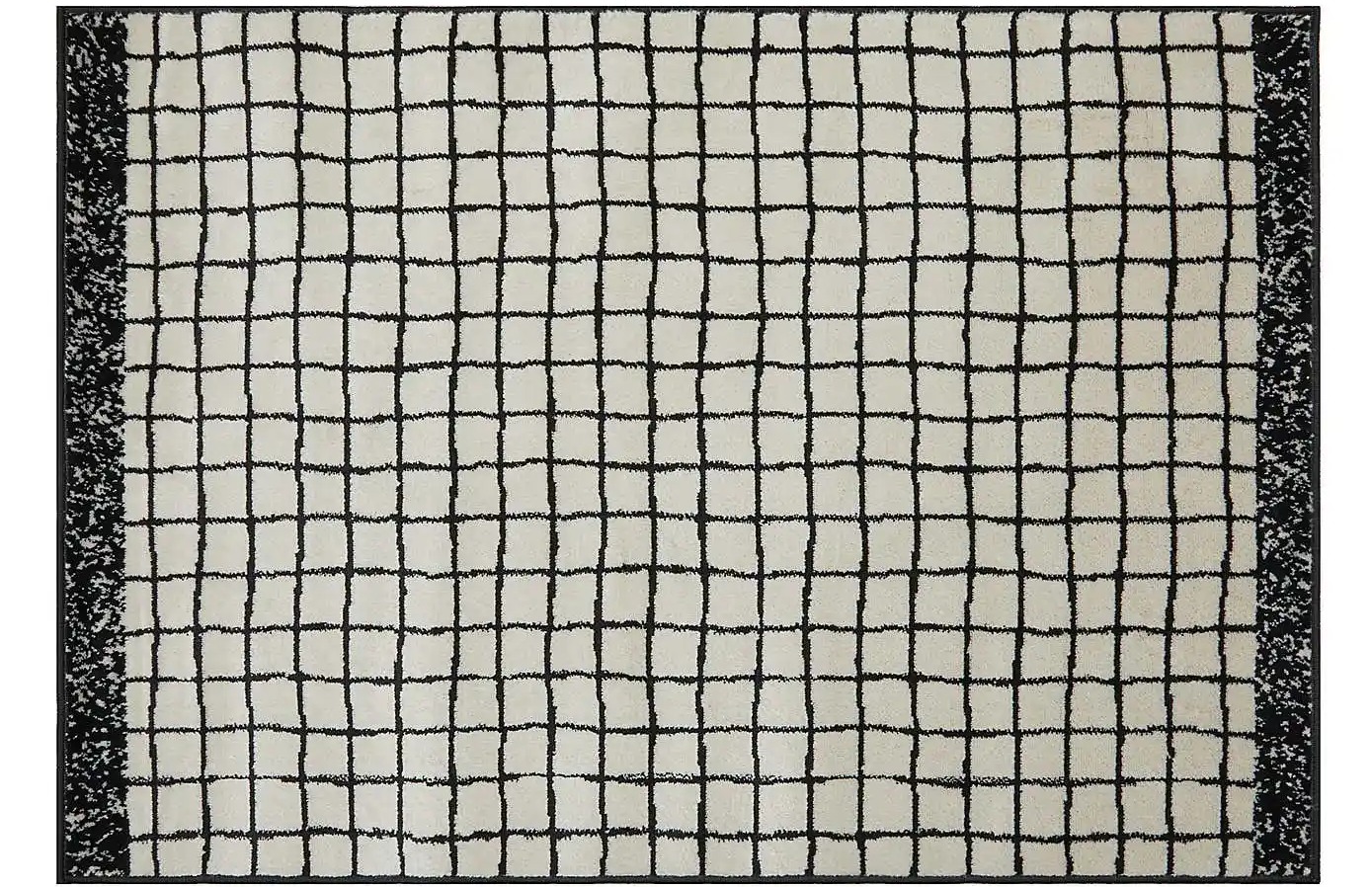 AFTER 2021’s colour overload, monochrome is shaping up as the next big interiors trend.

Q) ON April 12 this year my husband started a new job, on a permanent contract with six months’ probation.

The six months passed on October 12 with no mention of his staying or going. My husband didn’t ask them, he just kept going to work.

On November 19 he was called into the office and was told he was to leave with immediate effect. They stated they would pay him until November 23, with a written letter dated November 15 saying after six months’ probation it was found he was not suitable for the job.

As the six months had passed by some six weeks, is this OK for them to do? Or had he effectively passed his probation and should be considered a permanent employee? In which case, what should he do?

A) This may all depend on the wording of your husband’s employment contract. It may clearly state (check carefully) that after his probation period was complete, he would be considered a permanent employee.

This is important because many employee rights (especially relating to being sacked) may not apply until a person has been working at a firm for at least two years.

In this case, your husband’s employer clearly failed to dismiss him within six months, so it is certainly possible that he is entitled to more than they are offering him.

In addition to looking at the agreement he signed, your husband should get some legal advice as quickly as possible, as employment claims have strict time limits.

I would urge you to get in touch at once with Citizens Advice or the Free Representation Unit.

Q) WE are currently living in a park home, which has been ours for ten months.

We are planning on selling our home and the park rules state that they get ten per cent of the sale.

The problem is I have not signed a contract yet, although I have seen one.

Am I still legally bound to pay the ten per cent, even though no contract has been signed?

A) Assuming you understood and knew about the terms and conditions of purchasing and subsequently selling this home, the fact that you haven’t signed a contract may not legally matter.

On the other hand, it is extremely troubling that you purchased your home without completing the legal paperwork.

In the absence of a signed document, you may be able to argue that you never agreed to this ten per cent fee (which is why you didn’t sign the contract in the first place).

Following on from this, it is certainly possible that you would have a decent argument for withholding the money.

I would write to the manager of the property company and make clear that you do not intend to pay and invite them to provide you with a signed contract. It may be that this stops them from proceeding against you any further. Be tough.

Q) MY motorbike, which was parked outside my house in my bay, got hit by a skip when the skip driver came to pick it up.

The bike is not insured, as it was wrapped up for the winter. The driver claims he did not hit the bike but I have pictures and a short video, as well as a witness. Can I make a claim against him?

A) Of course you can make a claim against the skip driver. By law, you should have insurance to cover your motorcycle if it is on a public road (wrapped for the winter or not).

The fact you don’t does not prevent you from bringing legal action. You have strong evidence that the skip driver’s negligence caused damage to your bike and that is all that really matters.

Write to the skip driver (or the owner of his company) at once, making it perfectly plain you intend to bring an action in the small claims court. If they ignore you, you may wish to file the claim yourself.

With the evidence you have, it sounds like you have a very decent prospect of succeeding.

Q) I TESTED positive for Covid in September, spending two spells seriously ill in hospital. As a result, I had to cancel a holiday to Spain.

I made a claim on my AXA travel insurance for almost £1,000, which AXA confirmed it had received. The message said I would hear back from it within five days.

Hearing nothing after ten days, I phoned it on two occasions, spending a total of nine-and-a-half hours in a queue without speaking to anyone.

I have sent two emails and have also left a voicemail with a promise that I would get a call back within 48 hours but I have heard nothing.

I would be grateful for anything you can do to get this claim resolved.

A) You said you spent nine-and-a-half hours holding on the phone. For the same length of time, you could have driven from your home to AXA’s headquarters in Paris to knock on the door. And had time to take in the sights.

Holding for this length of time is utterly unacceptable, as I made very clear to AXA, telling the insurer that it is one of the longest waiting times I have heard of – and I have heard of a lot!

This put the wind up AXA and it then settled your claim quickly, adding a £100 goodwill gesture.

AXA apologised to you and said: “We have conducted a detailed review and acknowledge that, on this occasion, our claims service did not meet the high standards expected. We have now settled the claim in full and have offered additional compensation in recognition of this experience.” 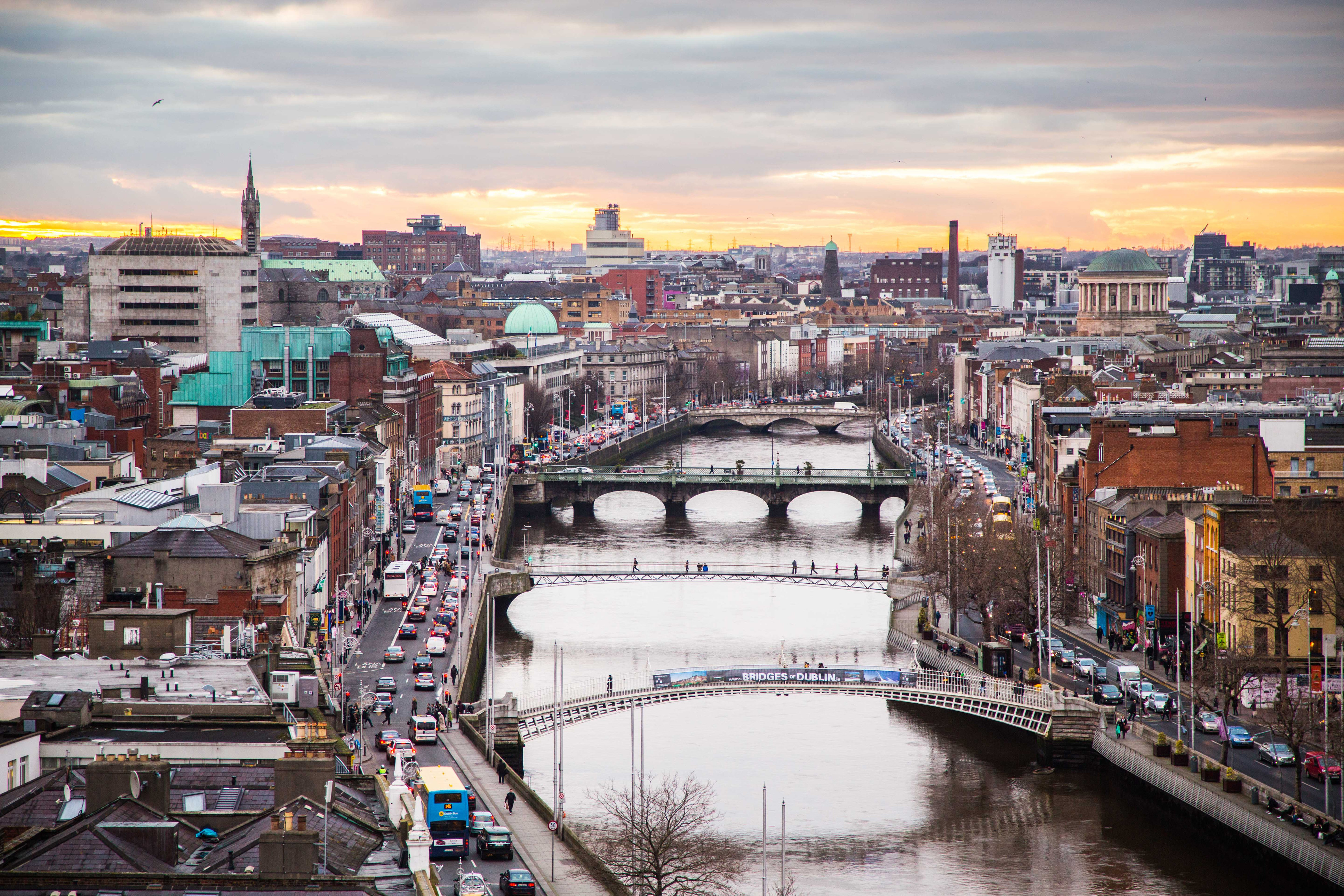 Q) MY wife and I booked a holiday to Ireland with Just Go travel last year, but it cancelled it in July, and offered us a refund of £628.

Just Go promised to send me a cheque which was due to be sent out at the beginning of August.

After a couple of weeks I called and was told that not only had it been sent, it had also been cashed or paid in.

I explained that I hadn’t received it, but the company insists it sent it.

Since then, despite me sending five emails, I have been ignored.
Could you find out where the cheque is?

Four twins, 3 & 4, killed alone in house fire after as woman held for neglect

A) For a good few weeks after you got in touch, we continued to play Hunt The Cheque.

Just Go insisted it had sent it and so could not reissue it. You insisted you hadn’t seen it. It was something of a stalemate.

With me pressing Just Go, I eventually managed to make progress.

Although it is still not clear where your cheque ended up, you told me your bank provided written confirmation you hadn’t had the money.

After a further few weeks, when I assumed Just Go was working out what had happened, it sent out another cheque and confirmed to me that this had been resolved.

I’d need a crystal ball to find out what went wrong here, but I am glad it got sorted out.

You were over the moon, and you made my day when you sent me a fun poem to say thanks.

YouTuber strips from the waist down for FARTING gender reveal